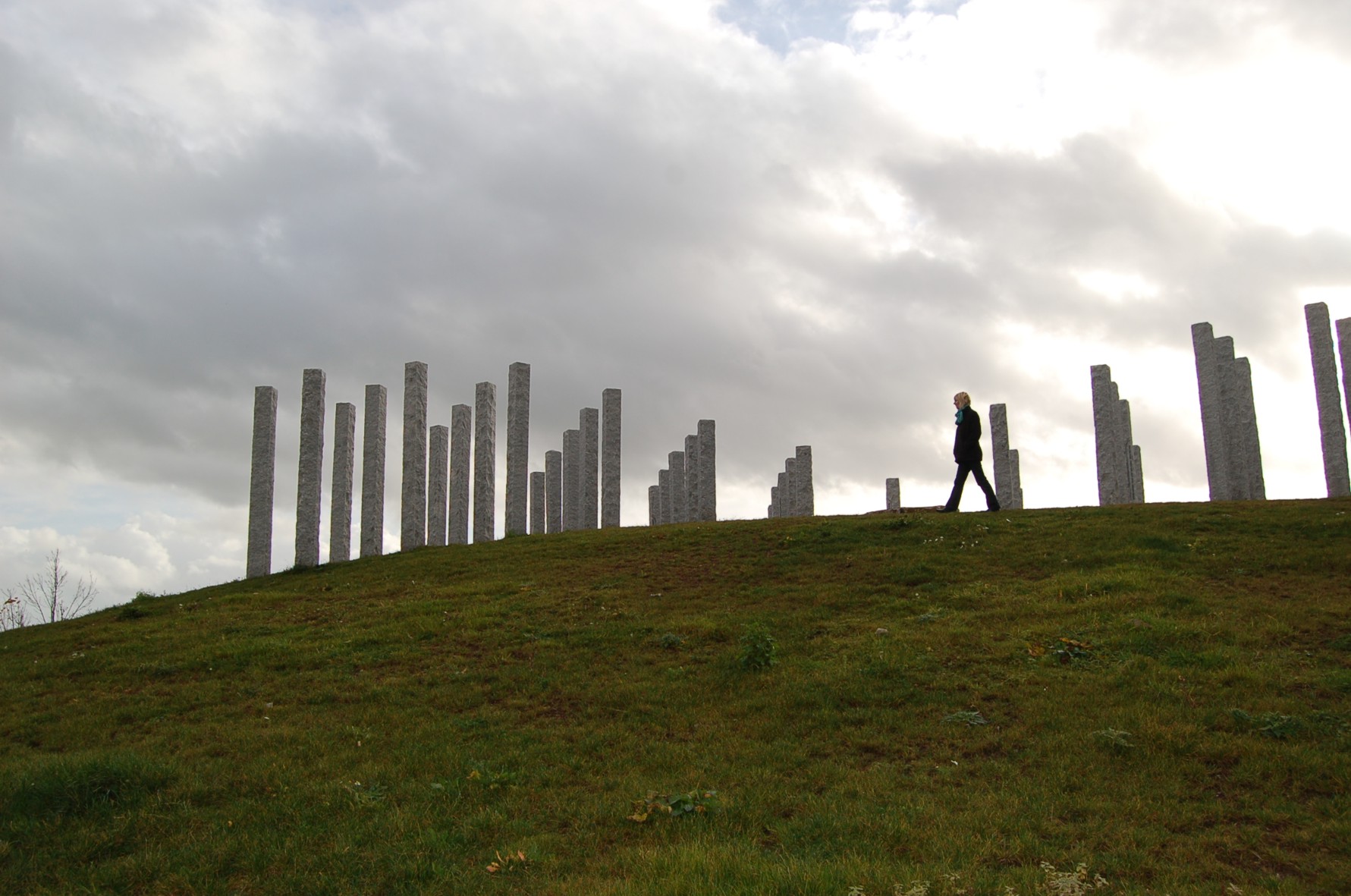 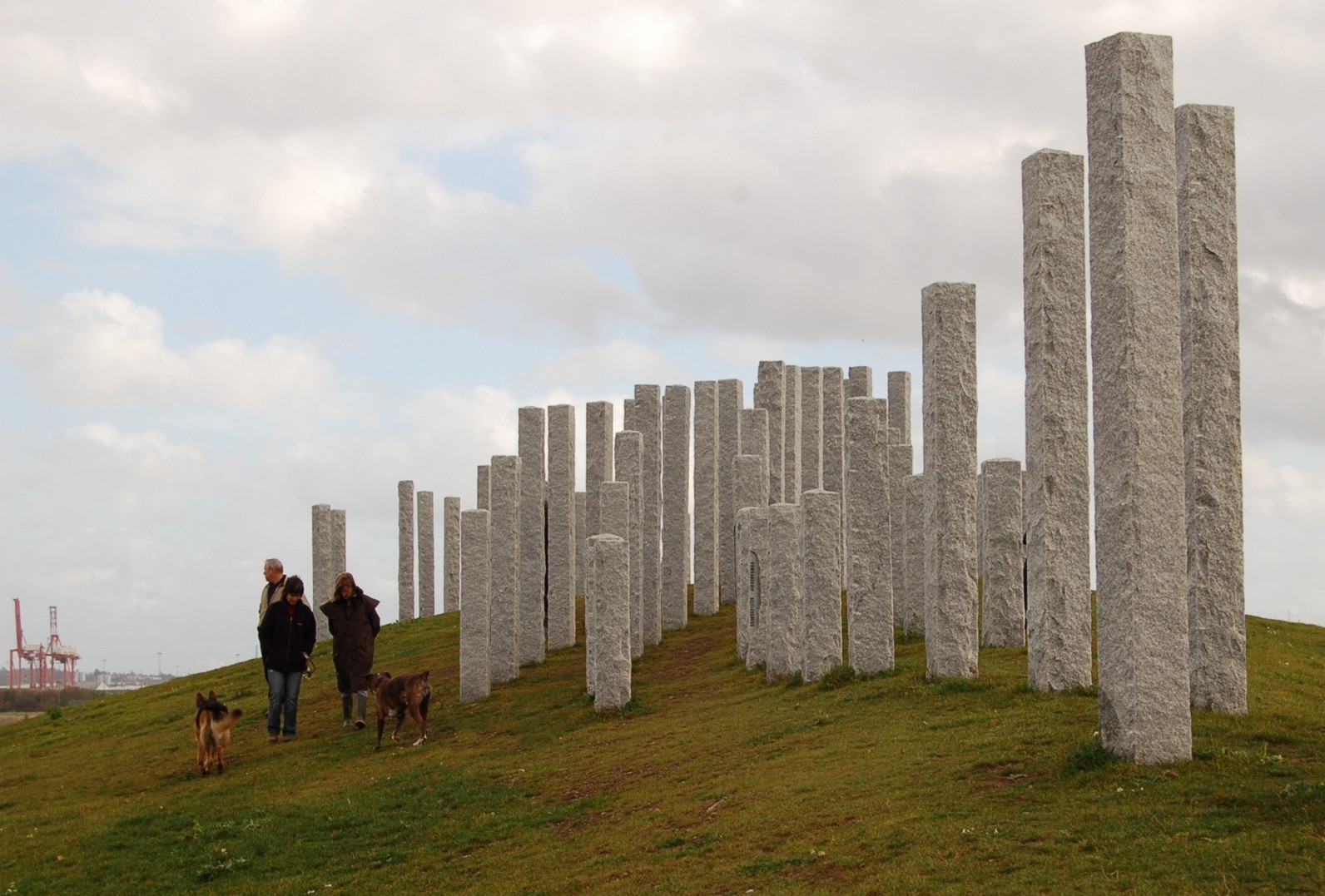 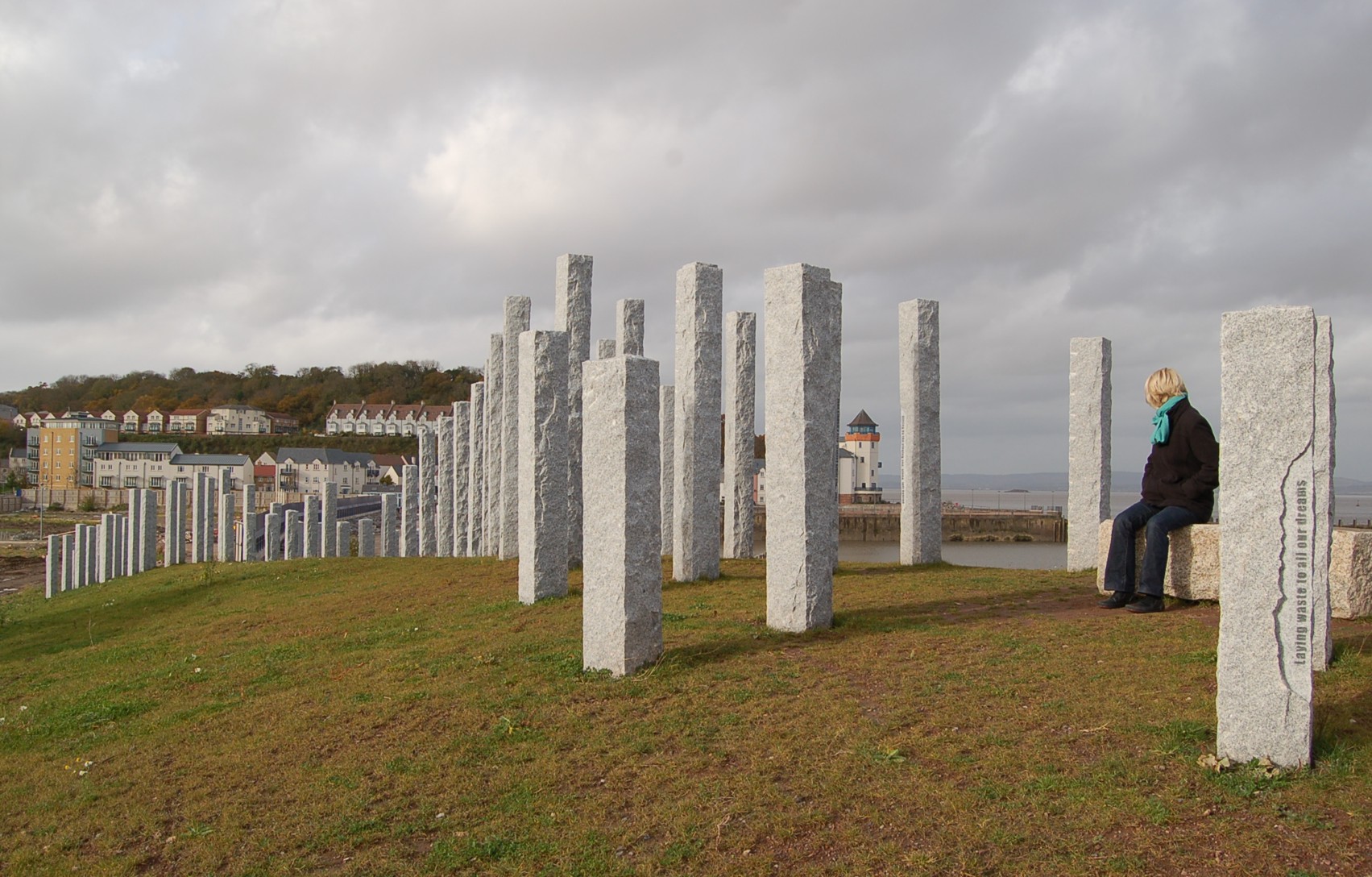 Full Fathom Five consists of 108 granite columns vary in height from 1m to 3m and are arranged in serpentine aisles which the spectator can walk through to the crest of the mound where a stone has been set to sit on and contemplate the sea. From land or sea, the view reveals that the columns form the profile of a wave.

The sculpture was designed to evoke the atmosphere of the sea and to relate to historical and contemporary seafaring. It also indicates Archer’s preoccupation with enigmatic architectural form of ancient cultures.

Text relating to the seafaring history of the site and including the names of ships, cargos, destinations and parts of a specially commissioned poem by Stuart Clamp, relating to the sea, has been inscribed on many of the columns. The texts were elicited from the local community, including children, retired sea captains, ex navy personnel and many others.

One of the largest sculptures recently installed in the UK, the Seafarer’s Sculpture has been created by artist Michael Dan Archer. It consists of a forest of granite columns running across a large, specially designed earthwork by the sea in the new Port Marine development in Portishead near Bristol.