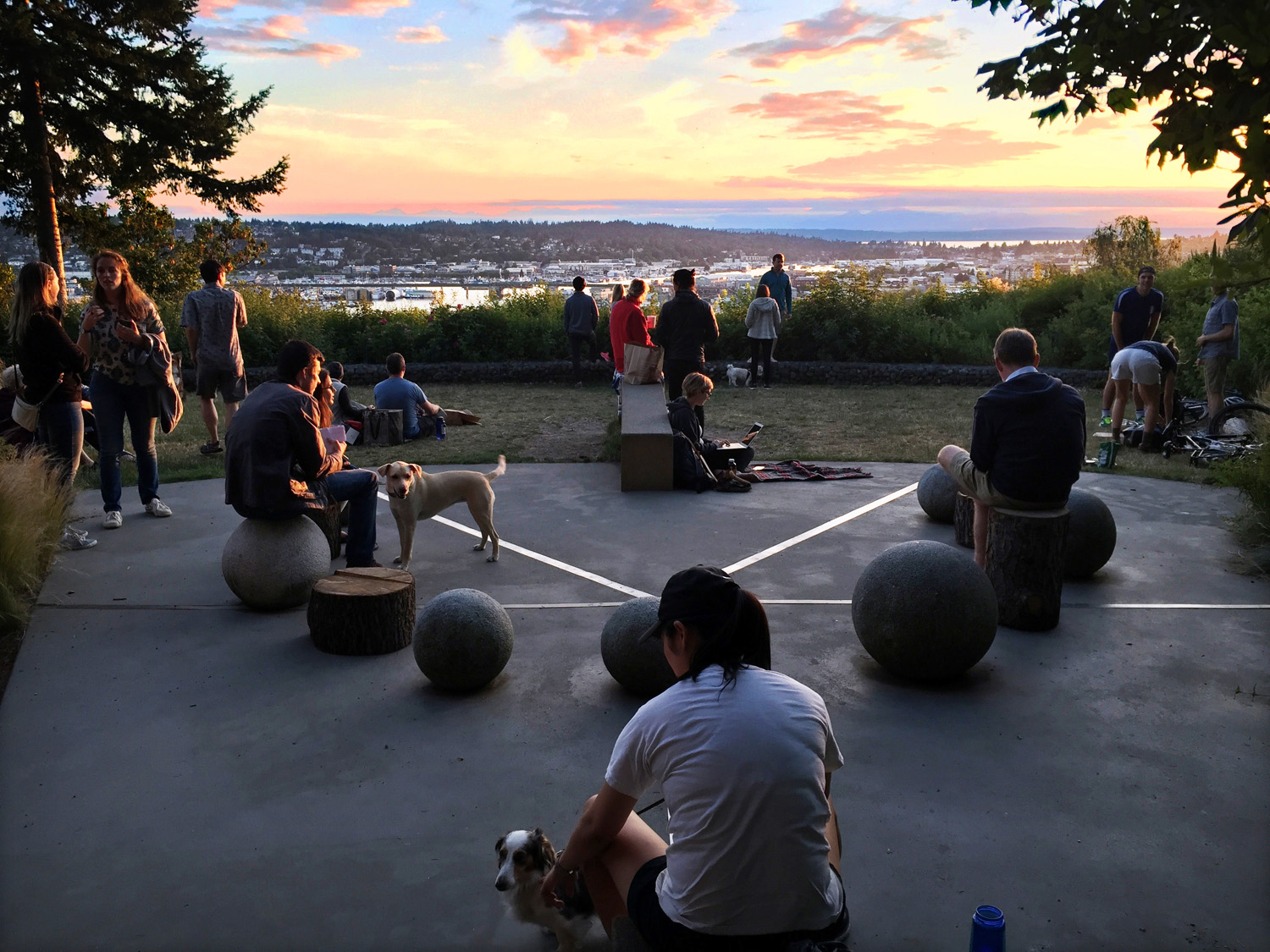 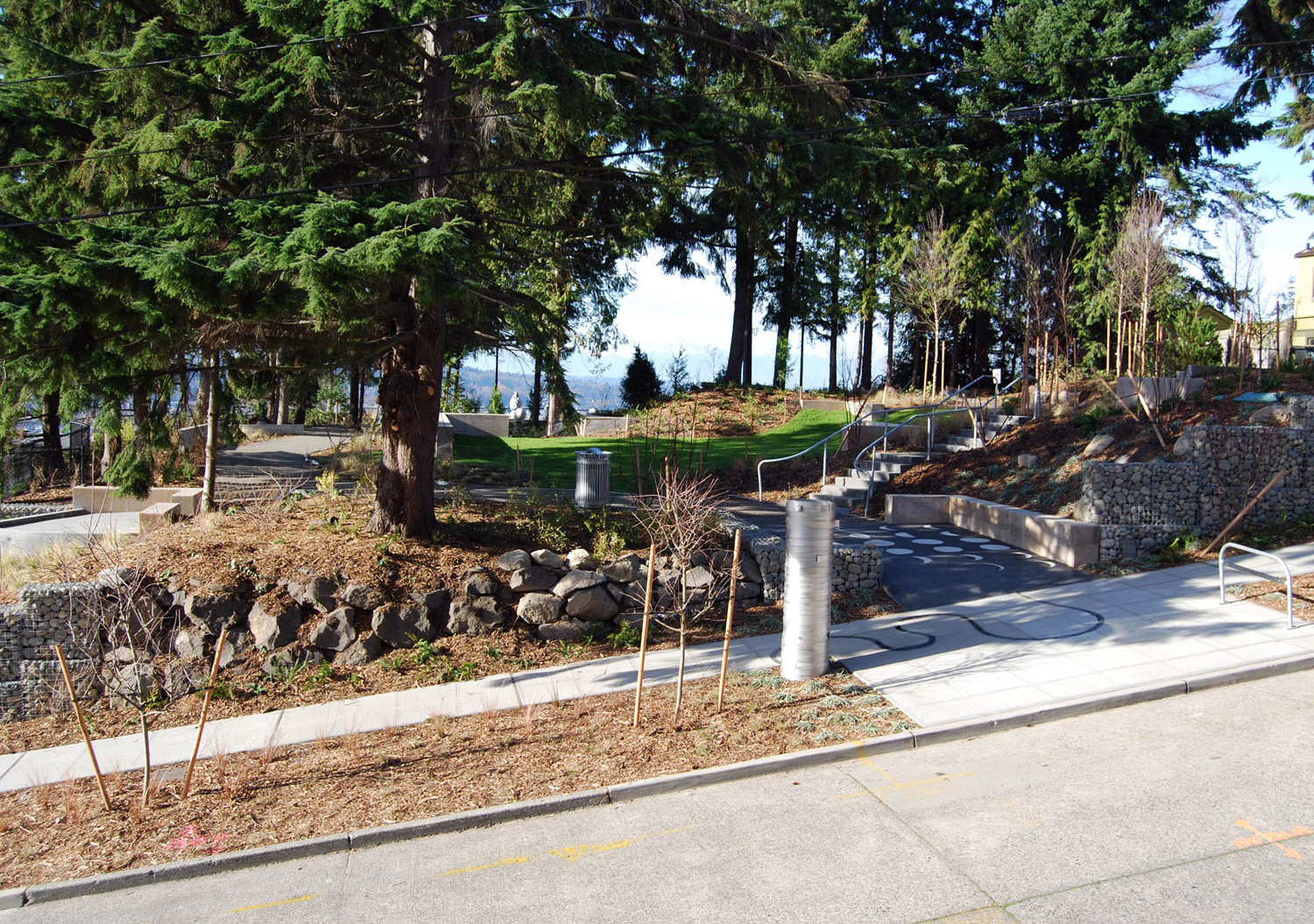 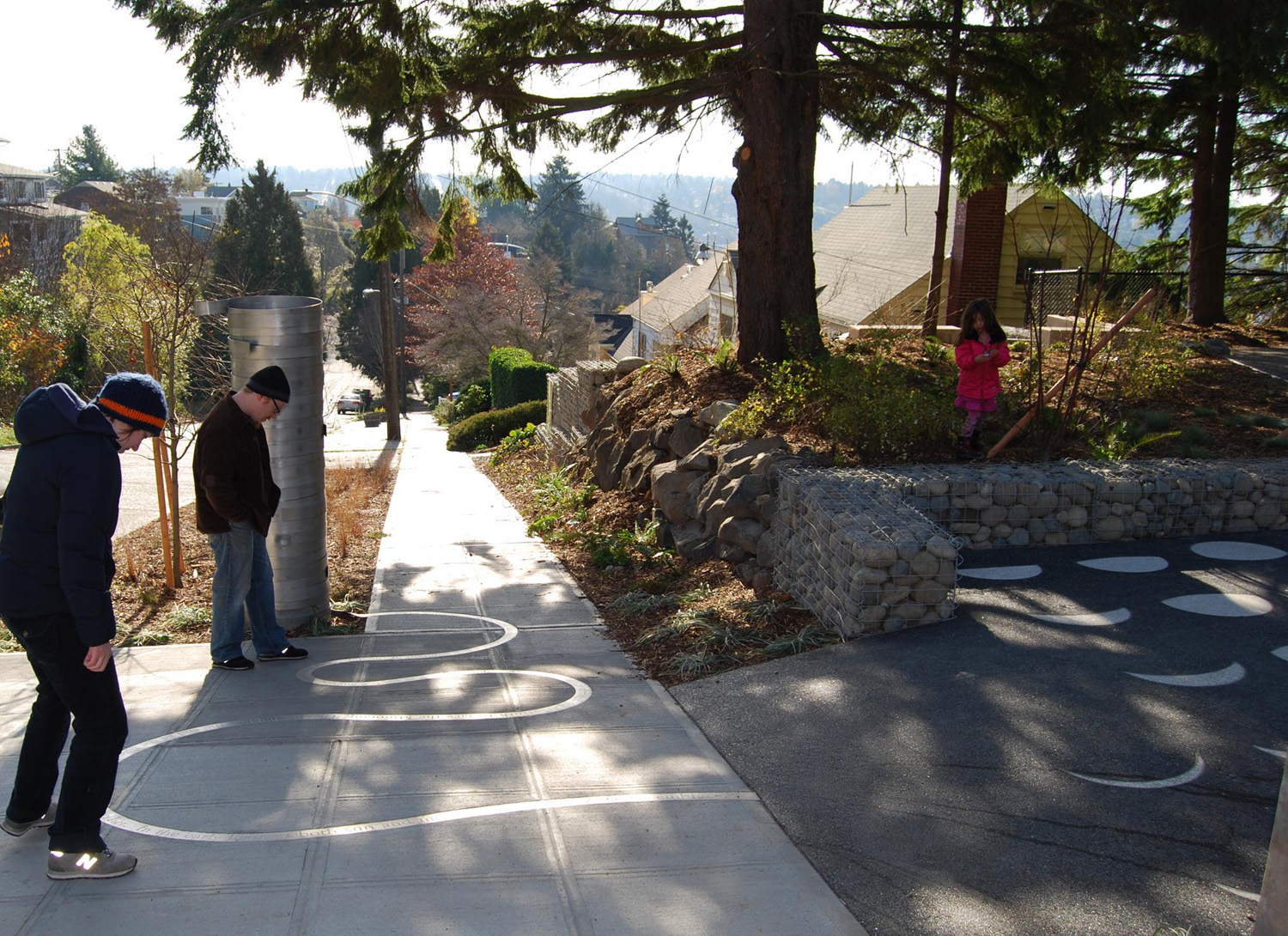 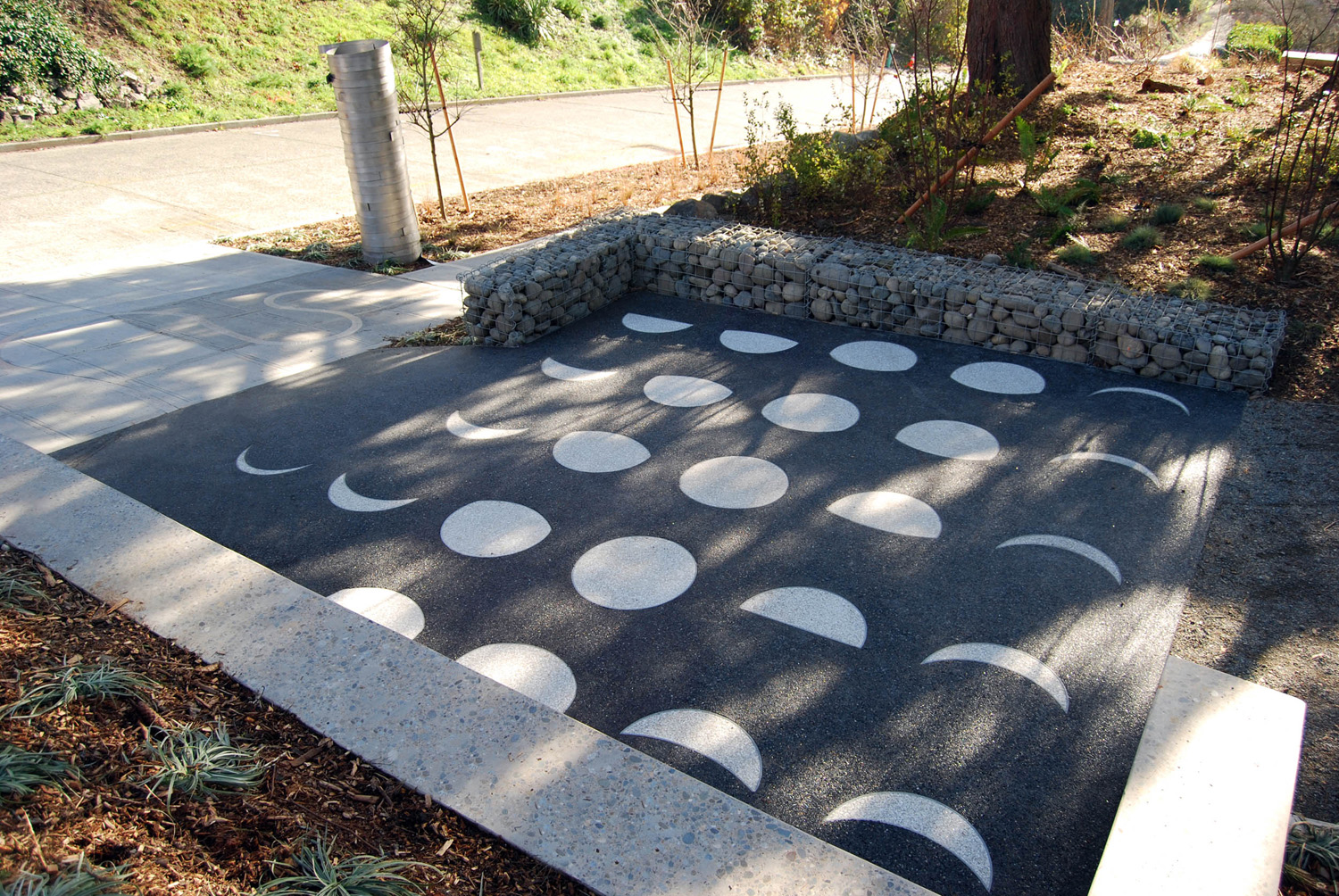 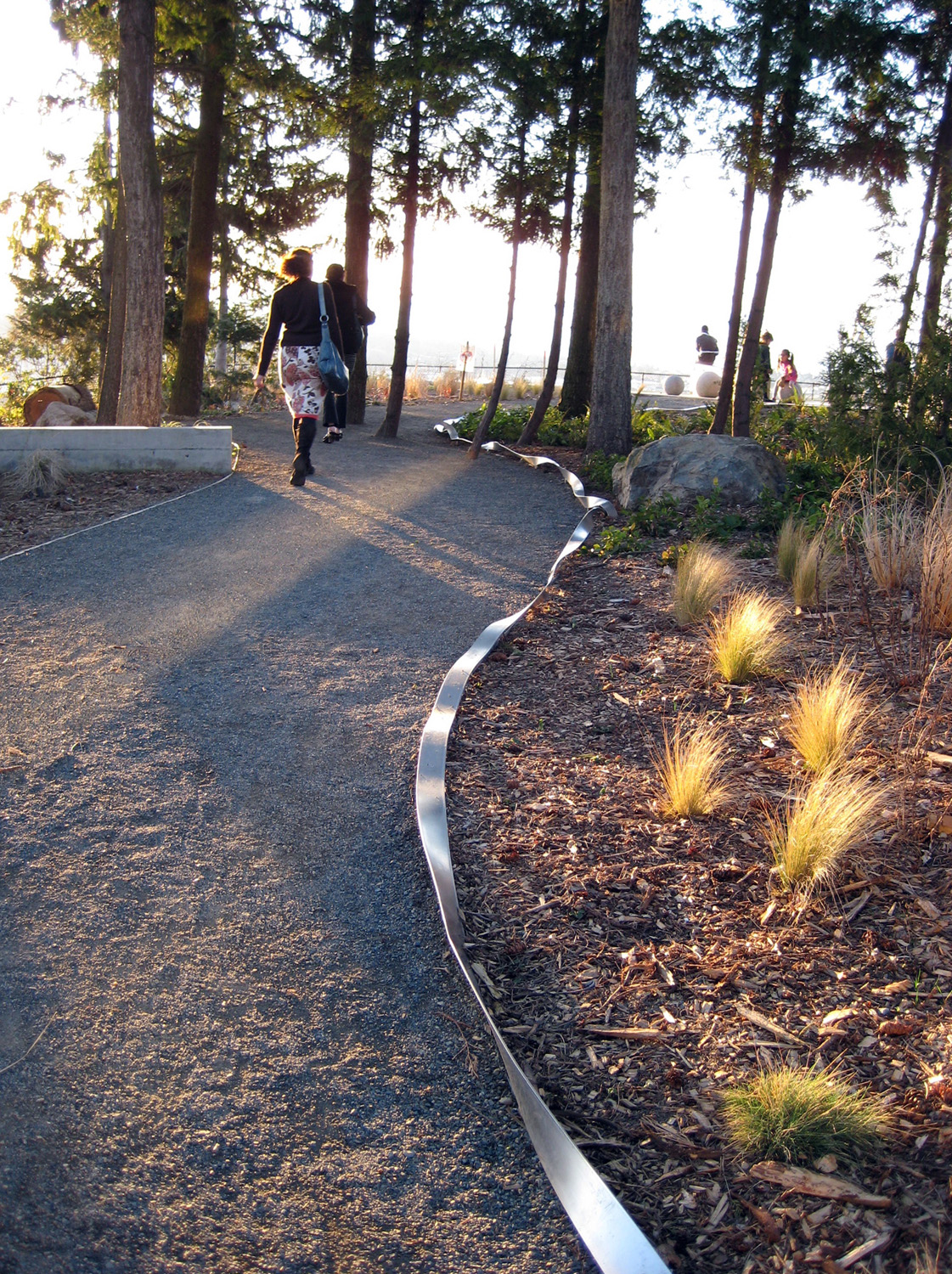 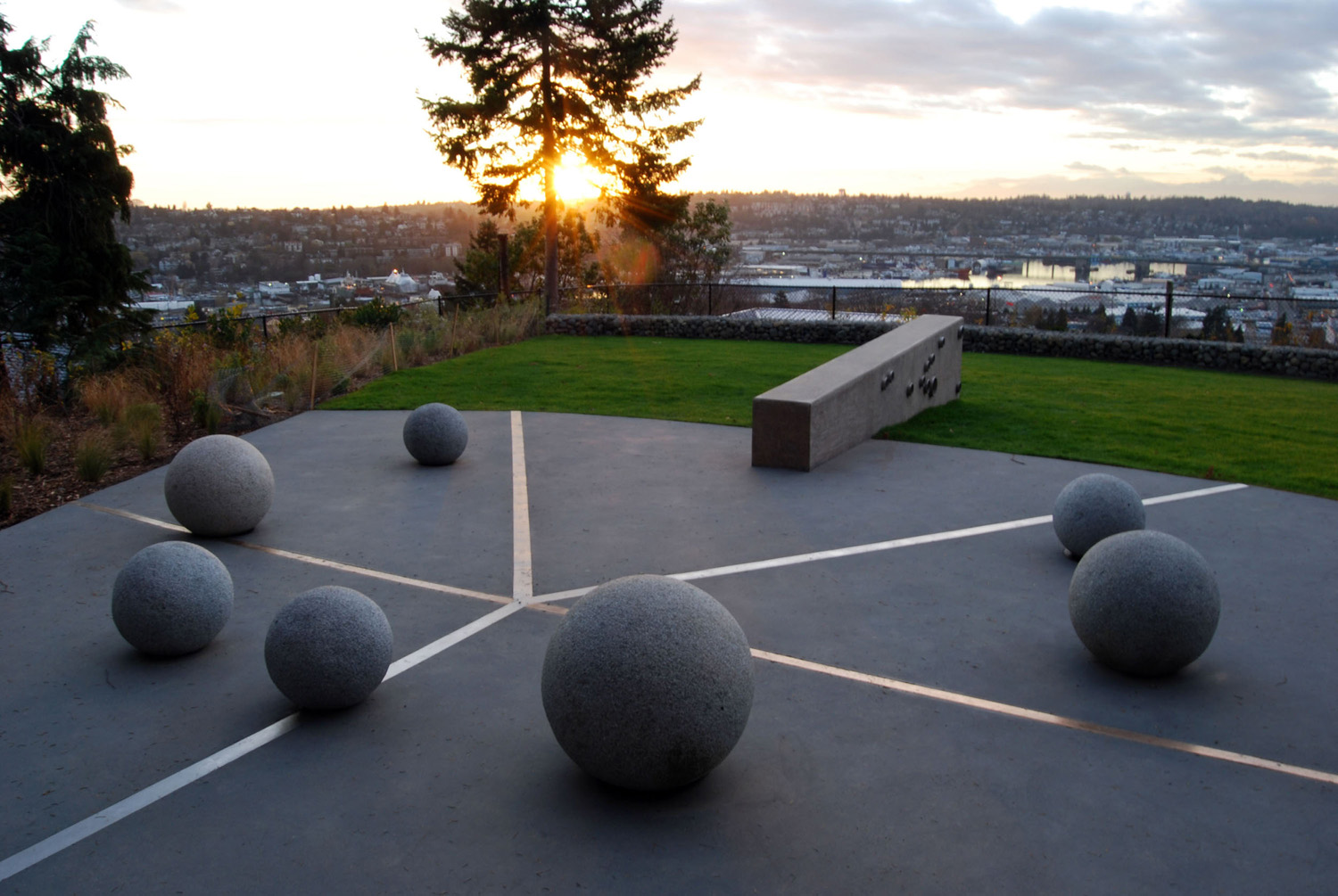 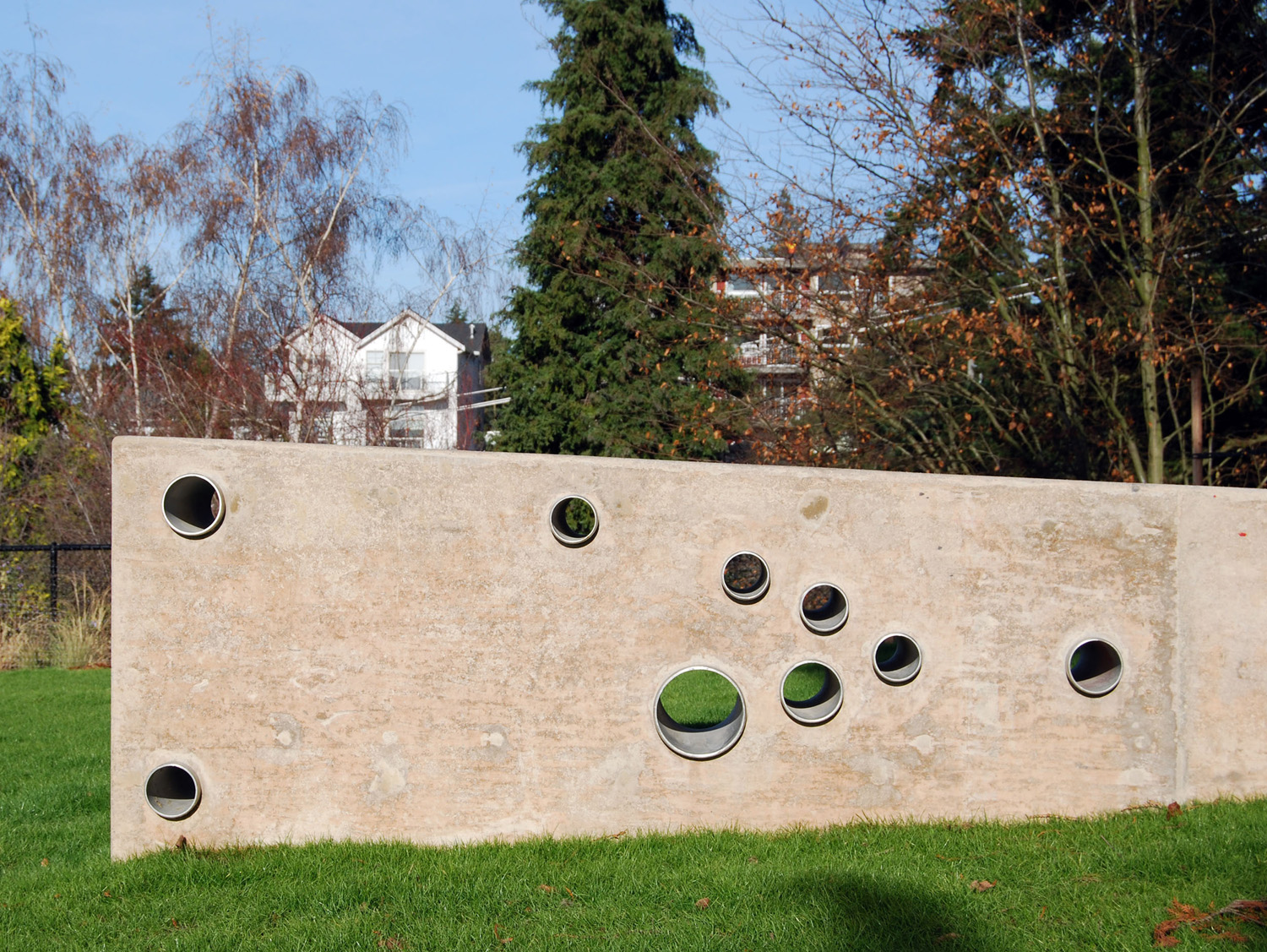 Fremont Peak Park was designed by artist Laura Haddad and landscape architects GGLO. The park captures the spirit of Seattle’s Fremont neighborhood, integrating the myth of the minotaur with cosmological events to create a unique destination where art and landscape seamlessly convey metaphoric meaning through functional, natural, and sculptural means. Concrete “labyrinth walls” frame a series of garden rooms, including a phases-of-the-moon entry terrace, meadow, and solstice view terrace. A “silver thread” metal ribbon starts as a spool at the entry, winds alongside the main path, and terminates at the view terrace as a “Y” with legs pointing to the sunsets at the solstices. Round boulders and pipes embedded in the wall are in the forms of constellations related to the myth. This popular hidden neighborhood jewel has become a place for community solstice celebrations, performances, and art installations. It has won awards from the Seattle Design Commission and Americans for the Arts.

The goal for the project was to create an art-centric neighborhood destination at a site composed of three former residential properties. The park steering committee wished to celebrate the stupendous sunset views at the west end of the park, as well as make the journey to the view area as engaging as possible. Creating a variety of small gathering spaces within the park, while preserving its impressive stand of evergreen trees, was also important.

Artist Laura Haddad and landscape architects GGLO formed the design team for the park. This team was selected by a community steering committee who continued to be very involved in the project all the way from design through construction. A number of neighborhood engagement meetings and activities occurred to determine the program, layout and concept of the park design. While the entire park is considered an artwork, during construction Laura Haddad was responsible for the fabrication of the metal elements that punctuate the park. Haddad was on site daily during construction, ensuring that the layout and installation of all the park elements met the intended design.