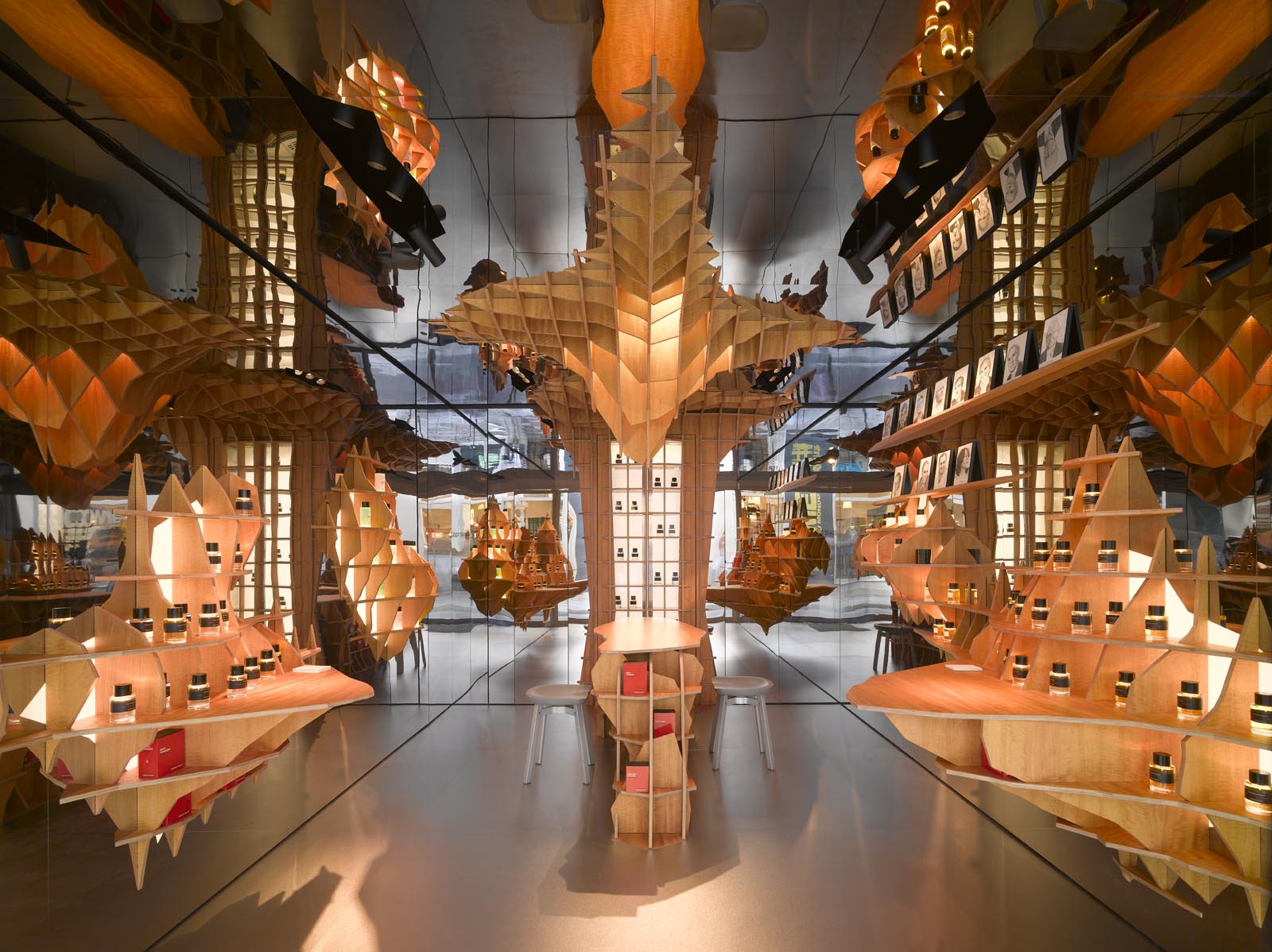 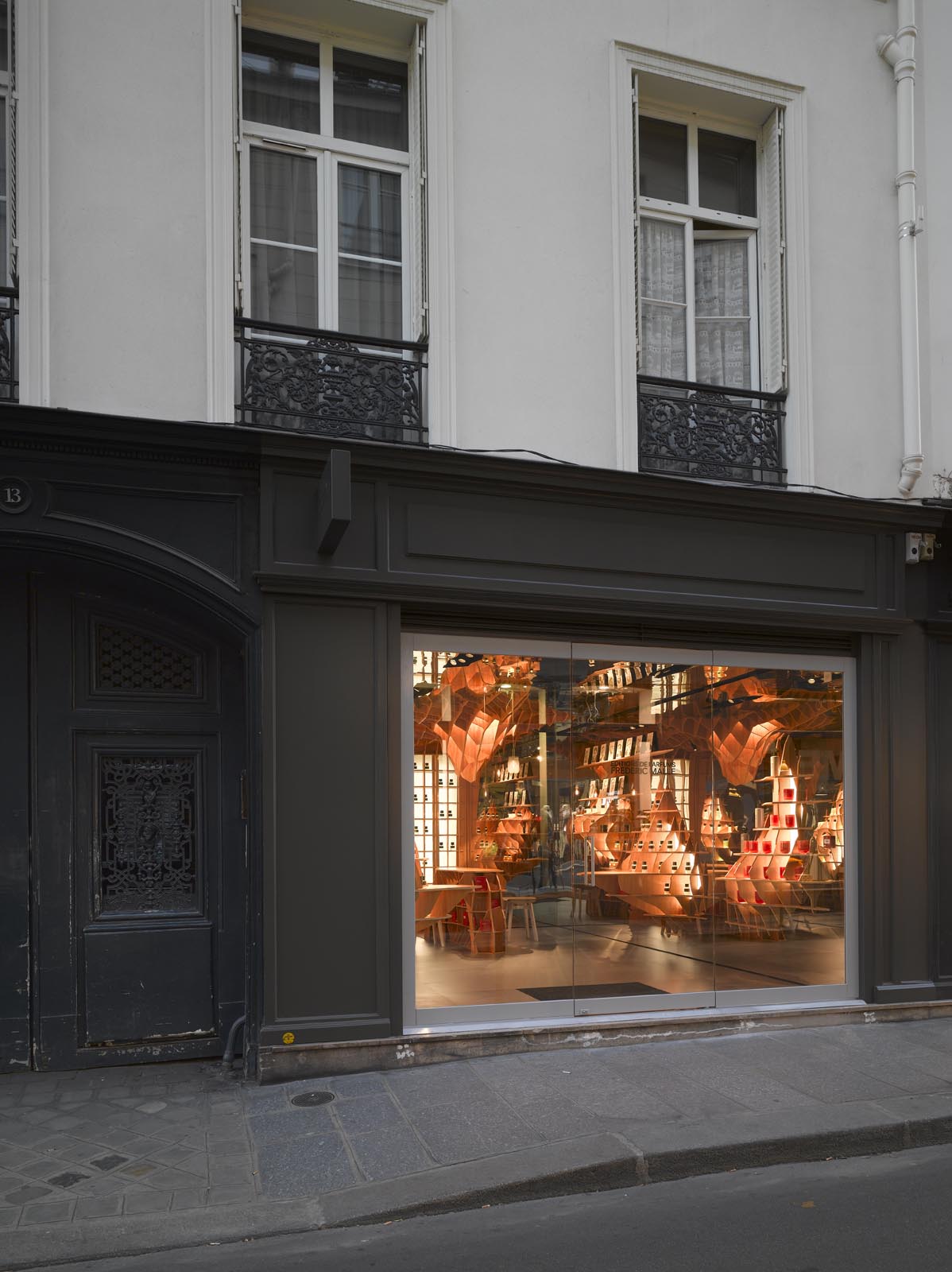 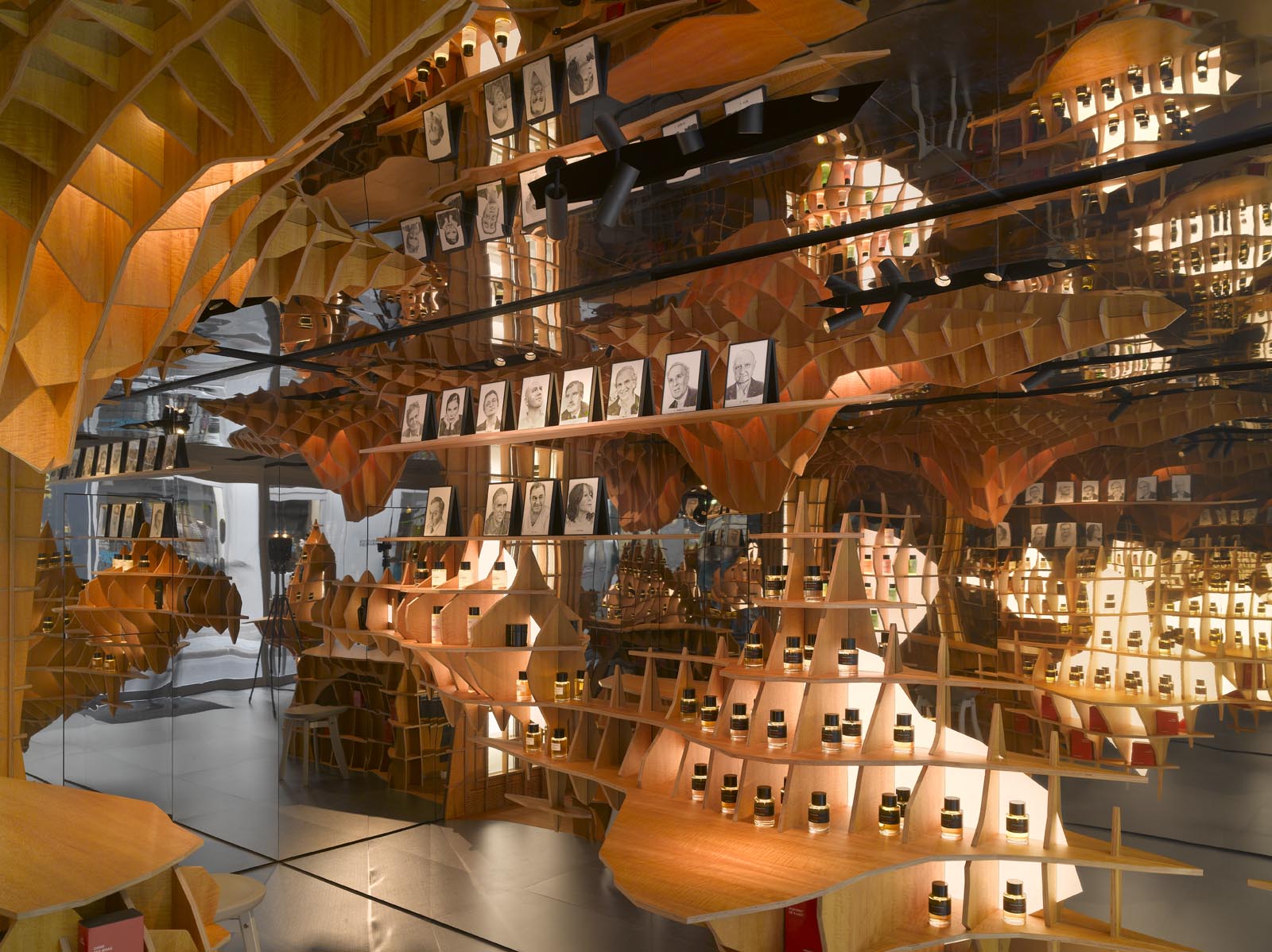 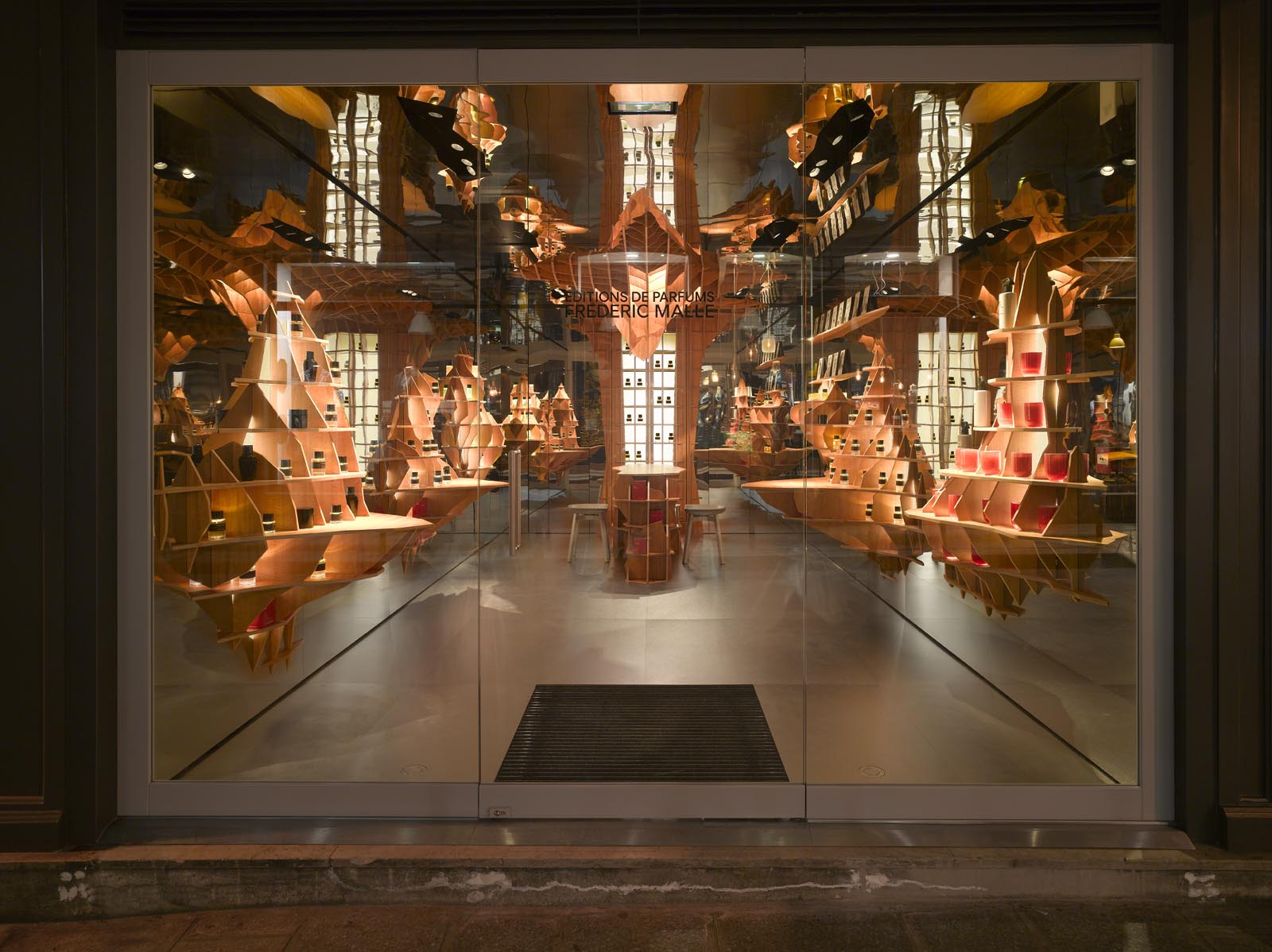 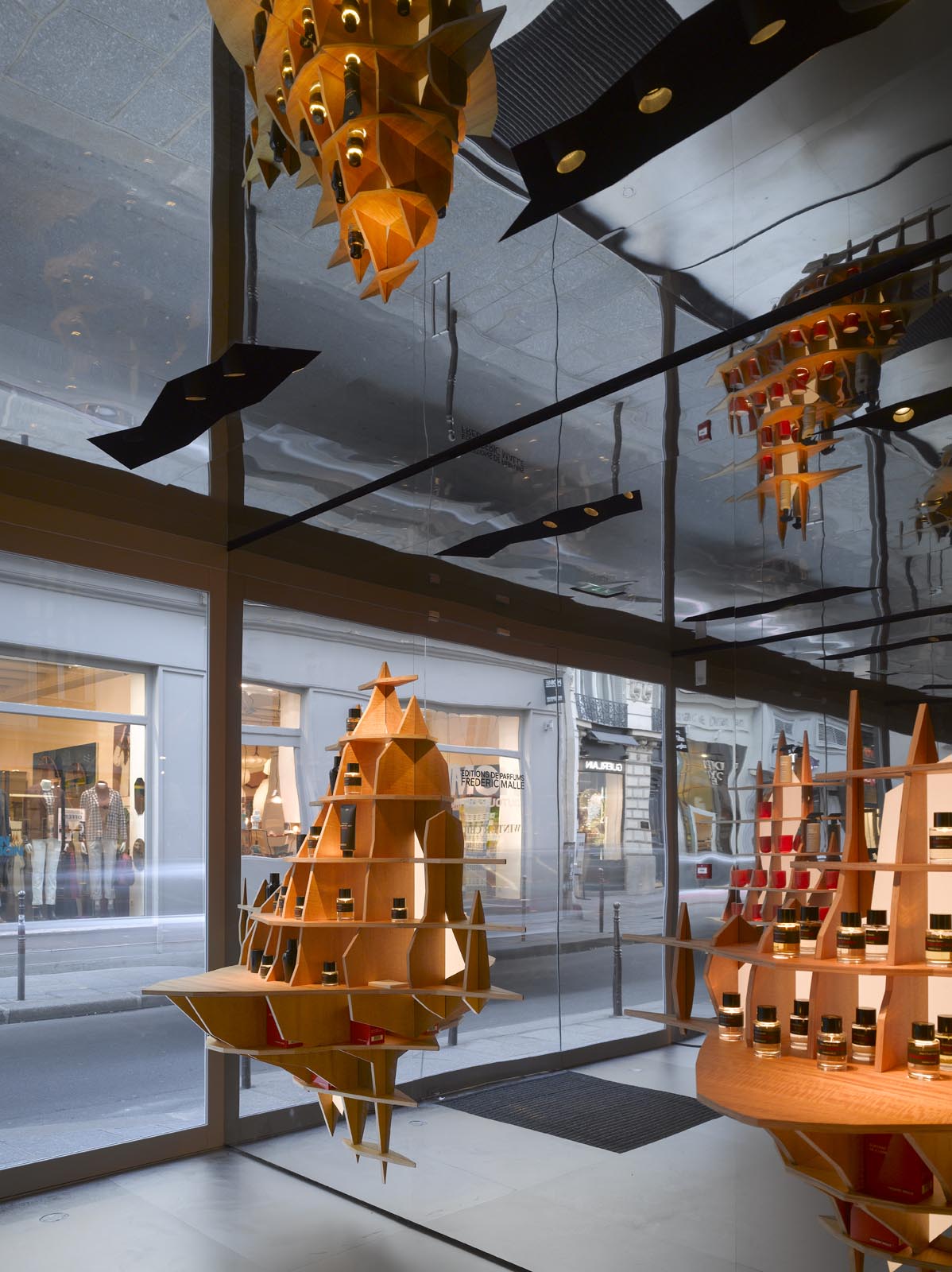 The project is imagined first as a shoebox volume slid into the ground floor of an existing
ancient building in the Marais district of Paris. This box is designed so its façade facing a busy shopping street is created as one total window. The inside space of this box is designed as a three-dimensional wooden grid that is carefully carved away to create a series of mysterious island and stalactite like elements that at once are shelves , tables and other equipment such as refrigerator or scenting
columns.

The inner sides: walls and ceiling of this space are designed to be mirrored
stainless steel surfaces creating an effect of an endless complexity of virtual spaces
reflecting the actual space of the spectator. One perfume bottle becomes a multitude of
points within the city of light to be revealed and explored.
Light is a vital component of this project. A careful collaboration was made with the lighting
designers l’Observatoire. The way in which light was bought into the project was
by creating a series of cuts in the walls behind the shelves as well as the ceiling suspended
light. This light source is concealed through backlit translucide panels. The ceiling
spot lights are treated as direct light and introduced by creating the same kind of cuts
but open and revealed. Finally embedded shelf lighting underlights each individual bottle.