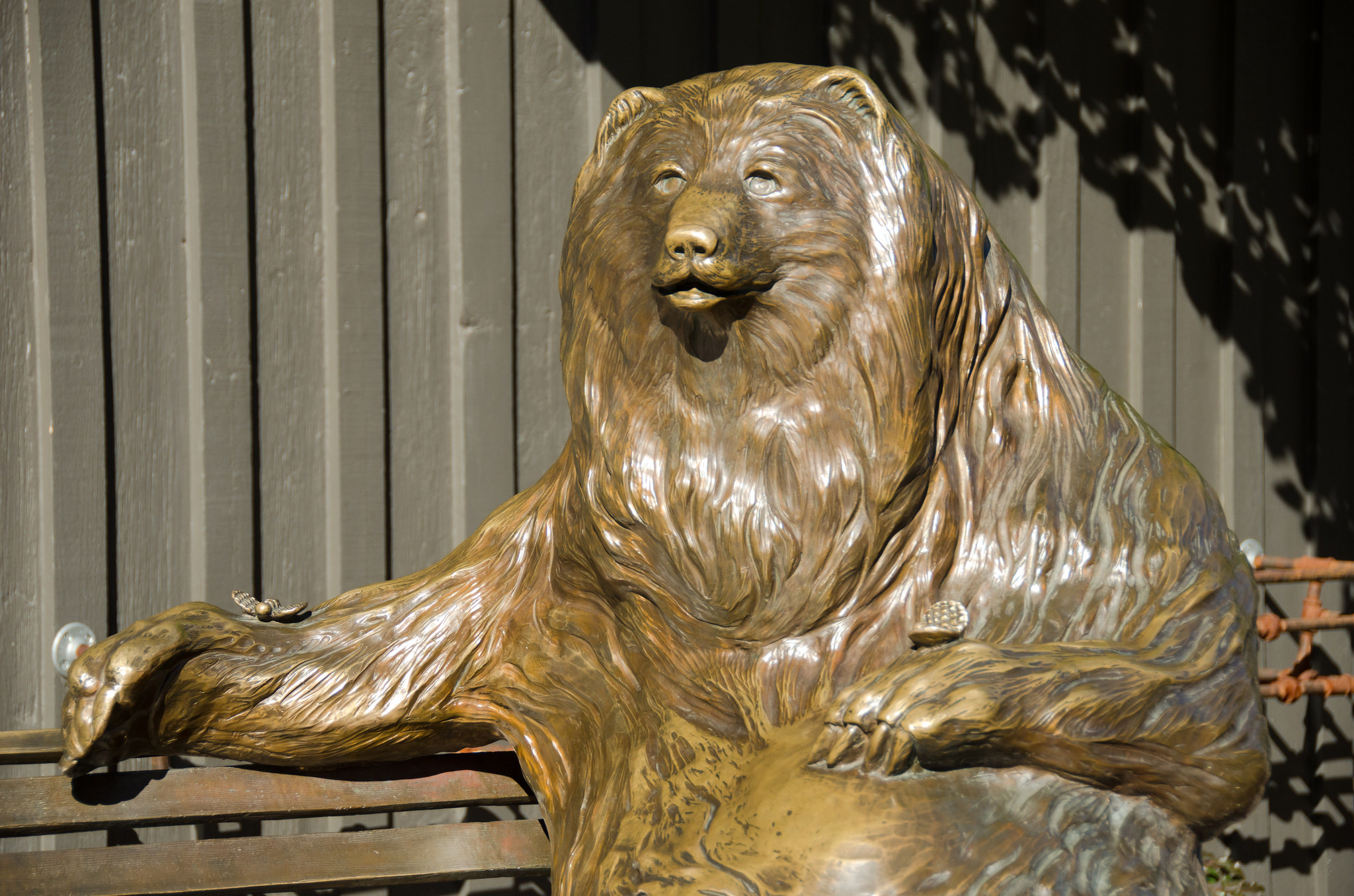 Franz is a 5' high bronze bear, who sits on a bronze bench with room for a visitor.
Franz started his life at the Salt Lake City Olympic Park Transit Center in Park City Utah. He was later moved, and now lives on Main Street.
Franz has been very happy at both his locations; his biggest pleasure is having visitors of all ages sit with him and have their picture taken! To see more photos of Franz and his beloved visitors, you can go to his “Franz the Bear” Facebook page, or Google “Franz the Bear”.

There were a number of important goals I had in mind when sculpting Franz the Bear for the Olympic Transit Center. Among those were to create a sculpture that “welcomed everyone as community,” a sculpture that “called the visitor visually” to come, sit and visit with the piece and one another, in an environment of fun and joy.
Another important goal was to create a sculpture that was touchable, especially for the children. For the Olympic Transit Center, I considered the animals specific to the Park City area. A bear immediately came to mind; and more importantly, a friendly “humanized” bear, who would in turn become humanized to his viewing audience.
Another way I try to achieve this is to give my large interactive animals names that are precious to me, and those usually involve family names. “Franz” was named after my Bavarian uncle. I hope Uncle Franz is pleased to have a bear named after him!

I have been pleased and honored that my goals for this piece have been realized; Franz has welcomed hundreds of Park City visitors to sit with him on his bench, visit with him, smile and have fun.