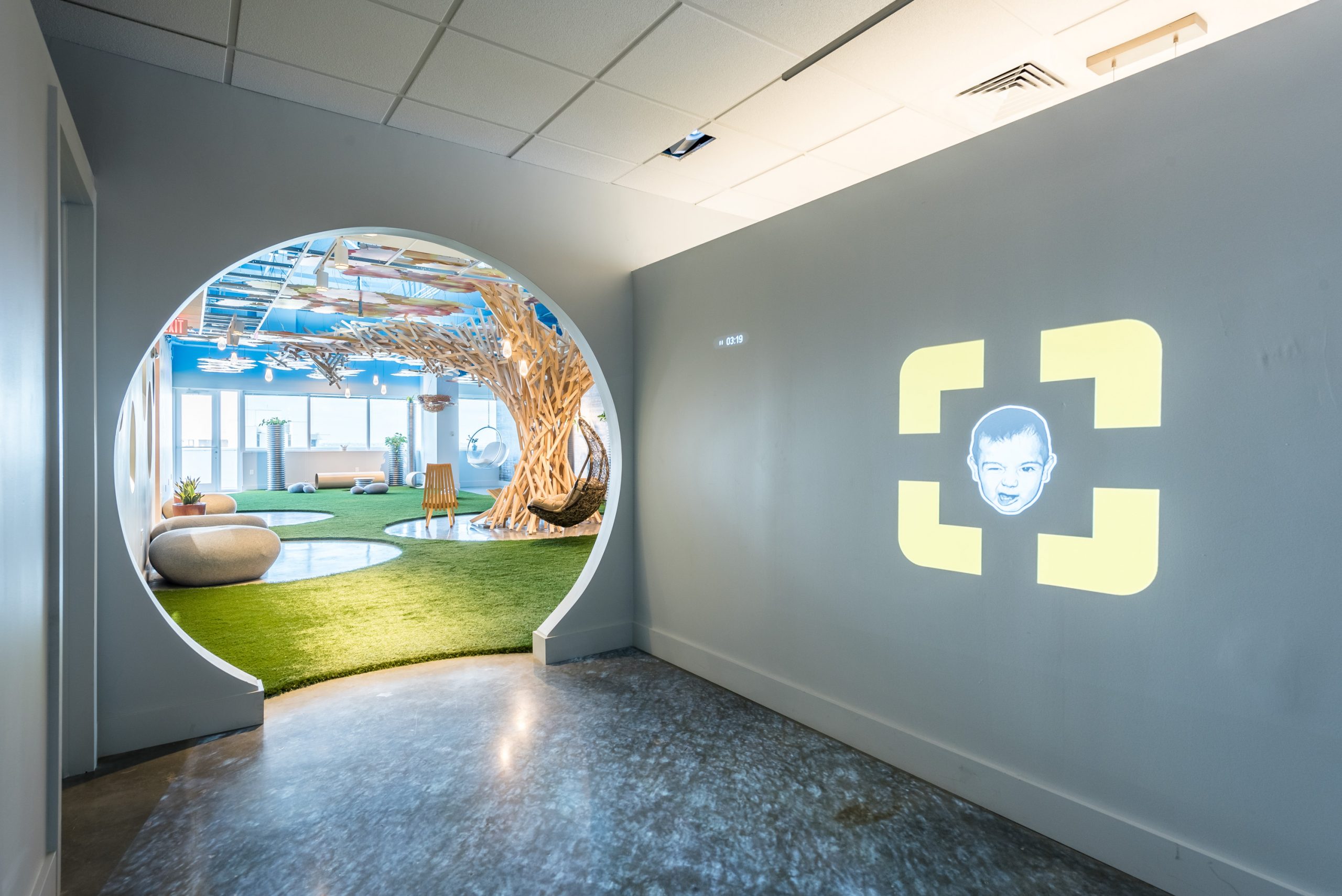 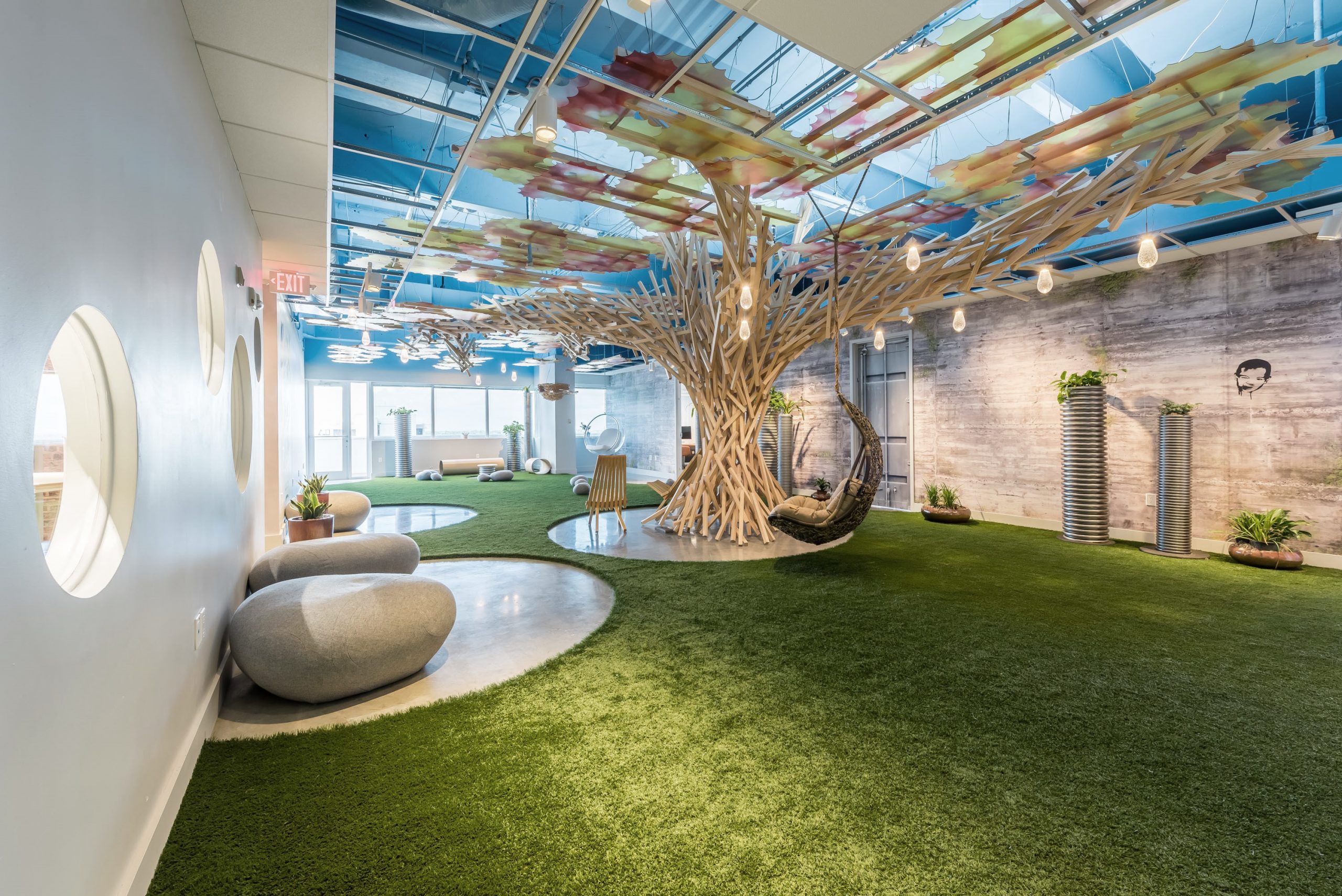 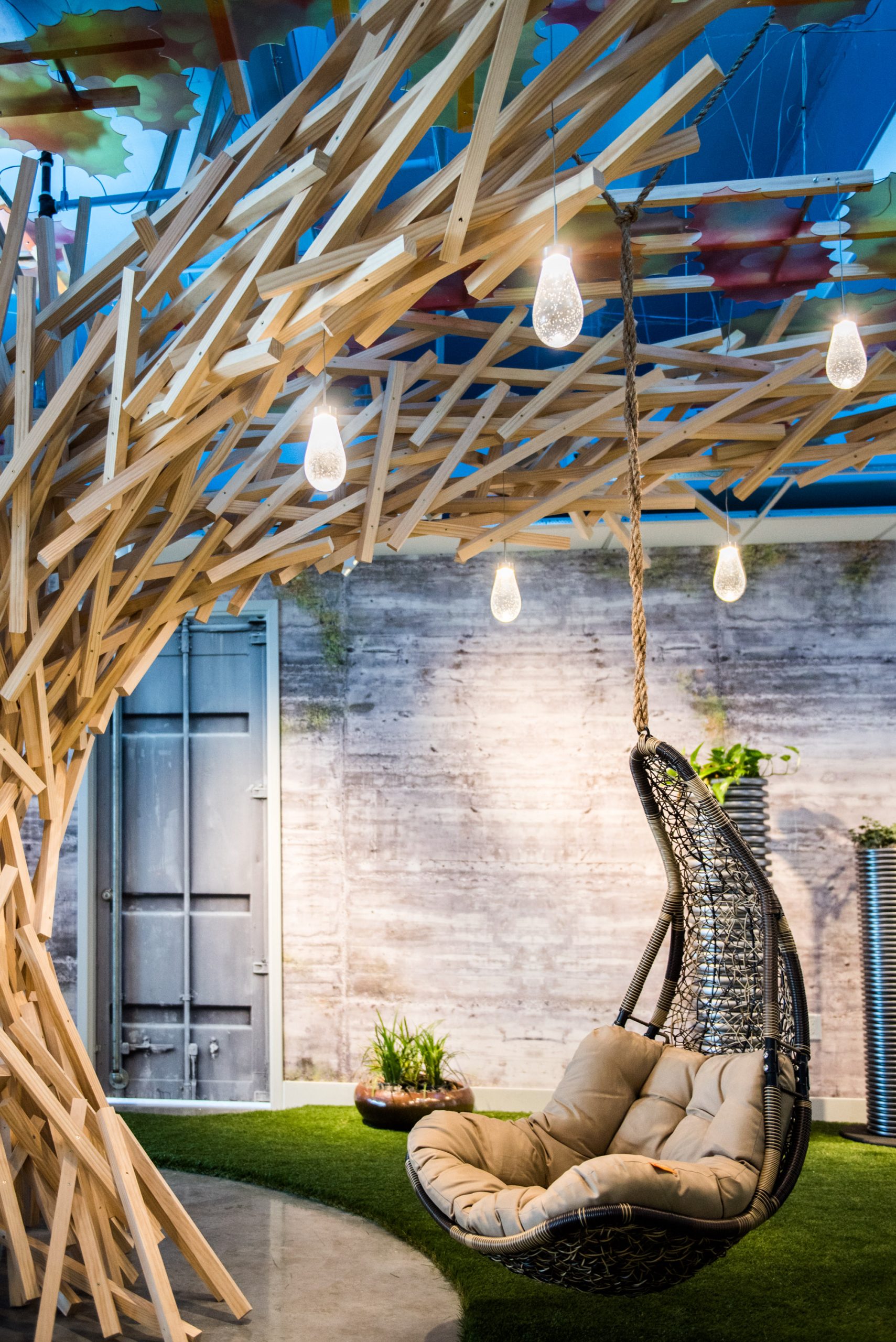 Conceived as a park on the 11th Floor, a relaxed creative space for employee to gather and work, with ForesTree is the anchor. Asked to take over from another architect, I stipulated two conditions: The first was that the other architect step away from the project by choice, and the second was that we do the tree differently. They had intended to install a plastic hyperrealistic tree and that seemed to lack depth of character. I felt people would se it and say “cool” and move along. We wanted people to see it, say “WOW” and walk over to touch it. I did my best to communicate my intentions to the client, but he later told me he didn’t understand what I was proposing, didn’t particularly like my sketches, but he trusted me. The name of the piece is derived from the fact that we took a forest of individual pieces of wood, and assembled them to make a tree.

Working at night (hence the nickname “The Midnight carpenter”) rumors spread through the building of a “tree” that was bing built on the 11th floor. Staff and strangers would stick their head in the door to sneak a peak.

Creating an inspired but casual creative space - "a park on the 11th floor of a downtown office building" - where employees could step away from their desk and work in the park without leaving the building, was the primary goal - that it would become part of the brand and reputation of the client was an unexpected bonus. The client wanted a space that would be calm and inspiring for the creatives and a show piece for clients. We wanted the clients to say "WOW" when they first saw it... most did.

Assembled from 2x2 Select Pine, each piece was cut, drilled and screwed into place. While there was an overall conception of the form, the delineation was purely sculptural. Collaboration was less face to face and more of an orchestrated ballet, so while it went un-noticed, it was critical to the project. The General Contractor was able to get the materials into the building and up to the 11th floor and the value of the night-time security team to assist getting the artist in an out after hours can't be understated.

Pieces of the tree canopy were cut and fabricated in Arkansas and shipped to the site for assembly. Custom lighting was designed in house and fabricated by a shop in Miami.

Rarely did anyone meet face to face, yet we made it happen and the trust can't be understated.

The initial sketch, disliked by the client, was later translated into a wrap that was used to cover the glass wall at the conference room... side by side one could then see the initial concept sketch and the finished artwork.