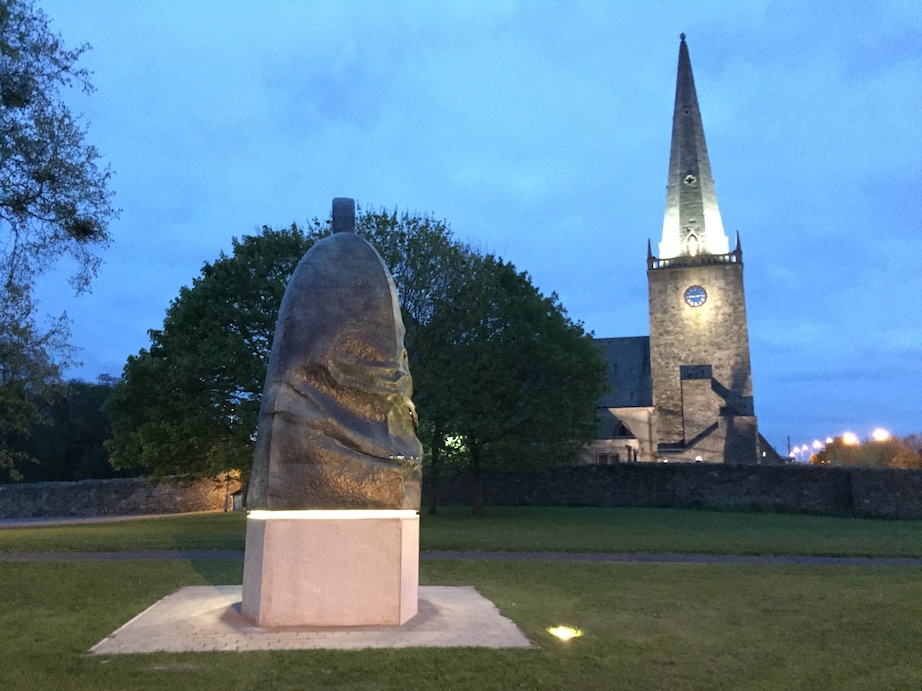 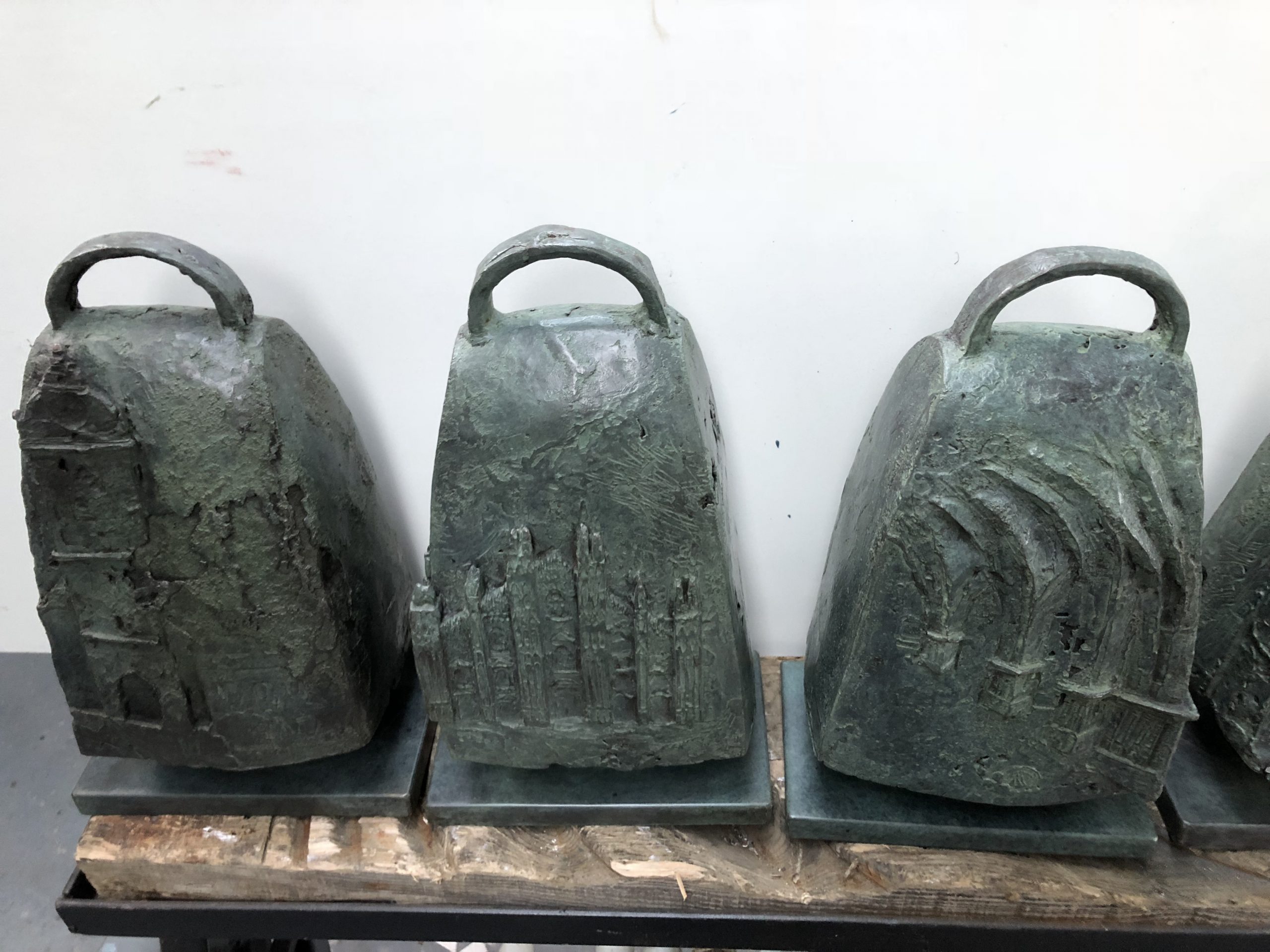 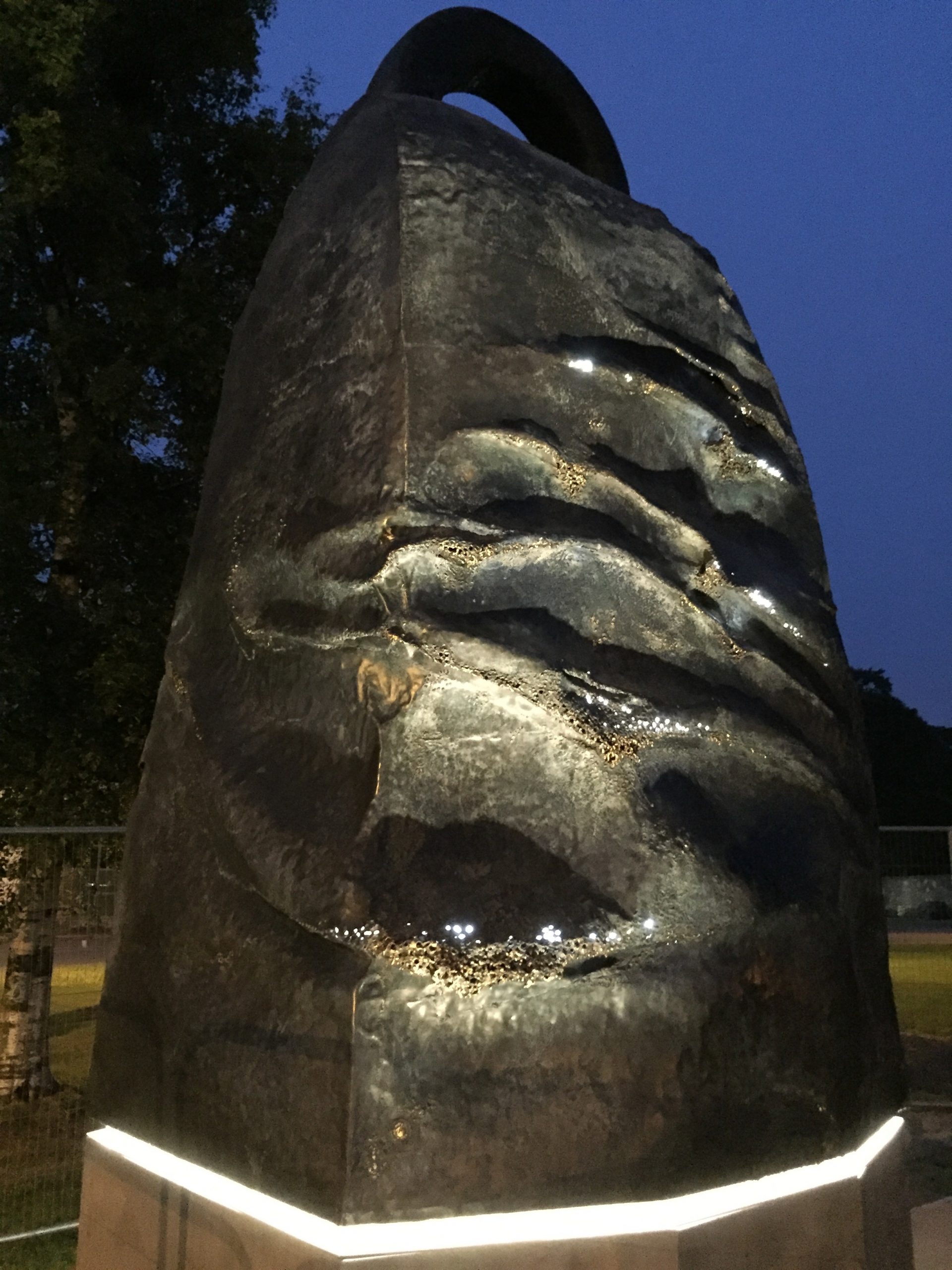 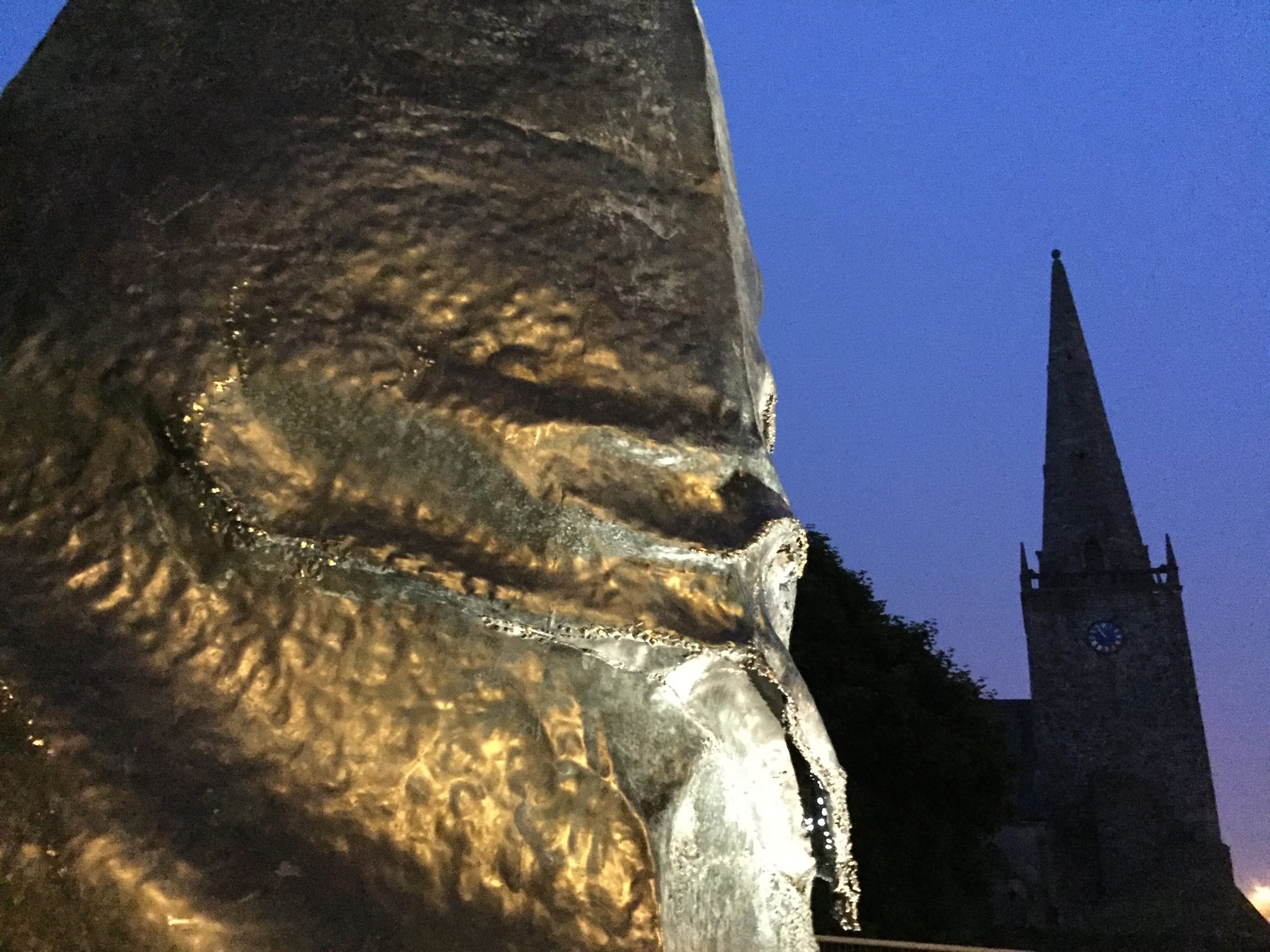 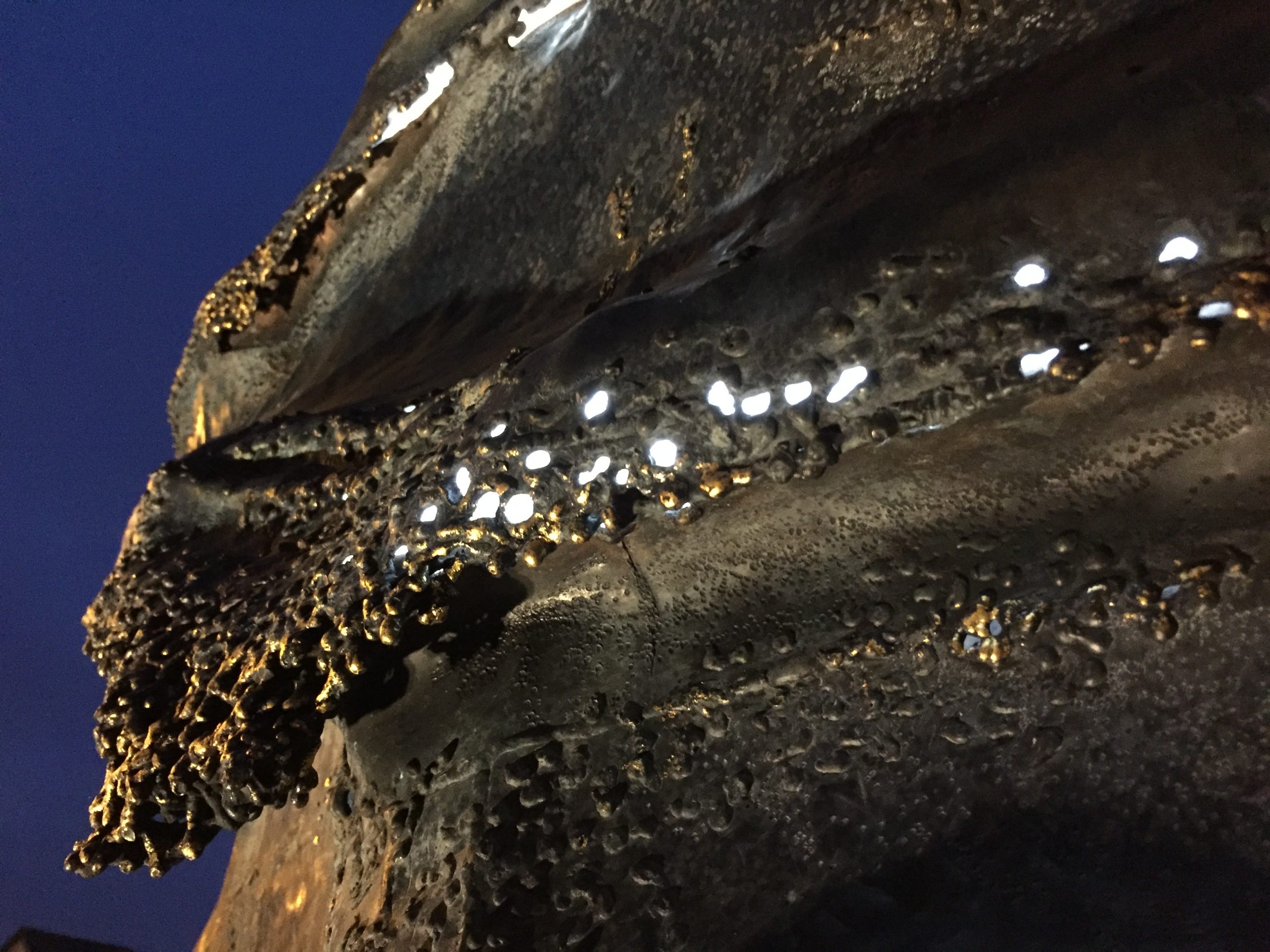 The 9th century Bangor Bell is tour-de-force of early medieval metalwork. Adorned by wave patterns, it is the inspiration for seven public sculptures for Bangor that explore Columbanus' adventurous voyage that spread Early Christian spirituality all over Europe. 5ft high granite blocs contain six bells that mark the foundations of Columbanus, leading to a 12ft high repoussé bronze bell on a 4ft granite base.

The landmark feature celebrates the achievements of Columbanus and marks the absence of any archaeological evidence of this important 6th century monastery. A trail of six satellite features, reflecting Columbanus' voyage and foundations, culminates in a 16ft high landmark feature at Bangor Abbey. The large bell was fabricated in repoussé bronze while the smaller features were cast with authentic medieval methods. The work complemented the making a replica of the original 14" Bangor Bell in April 2015, commissioned by North Down Museum. The seven artworks integrates into the design of the park and visually and contextually links the former abbey site to the museum.

Complementing the sculpture, demonstrations of medieval bell casting at North Down Museum in November 2015 formed part of the year-long Columbanus 1400 celebrations. Local primary and secondary schools as well as an art foundation course took part in the public event. The extended work was developed in close collaboration with the Council and experts in medieval archaeology.

Project website: www.bangorbell.info. Materials and processes in combination with long-term durability were chosen to limit the environmental impact and carbon footprint of the sculpture, combining environmental and cultural sustainability.