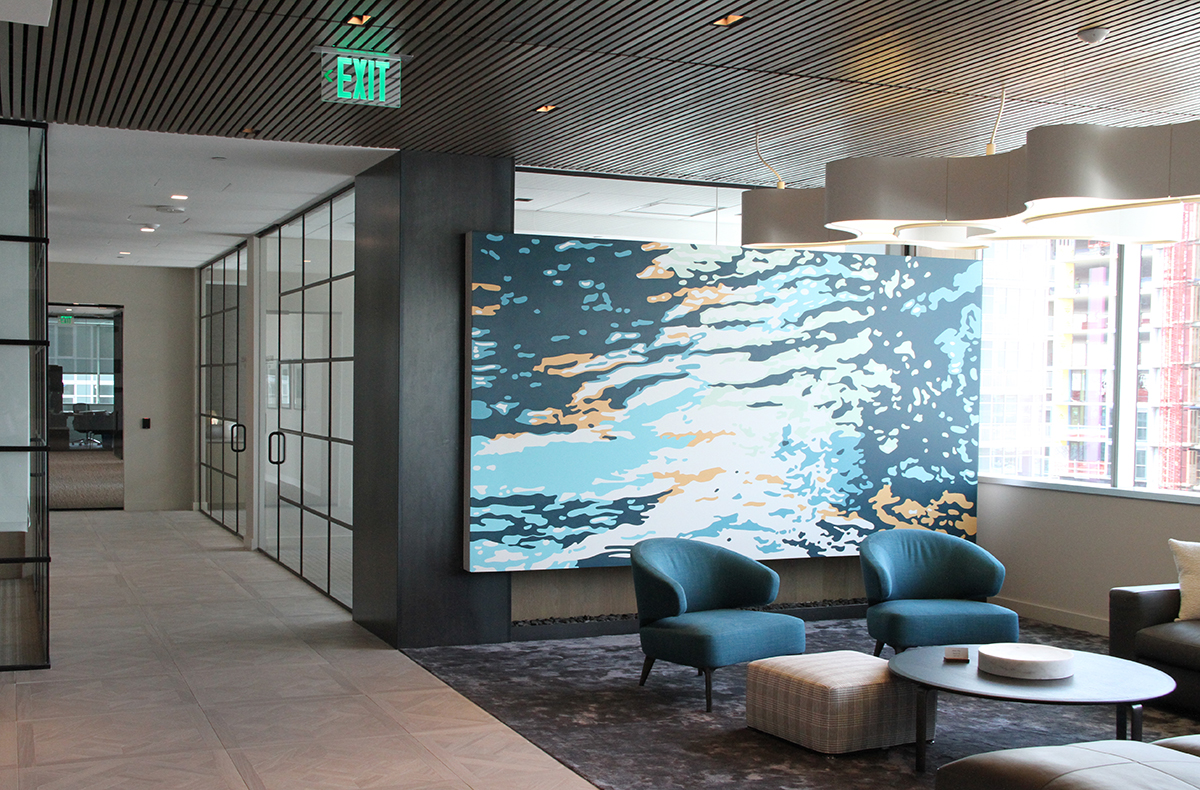 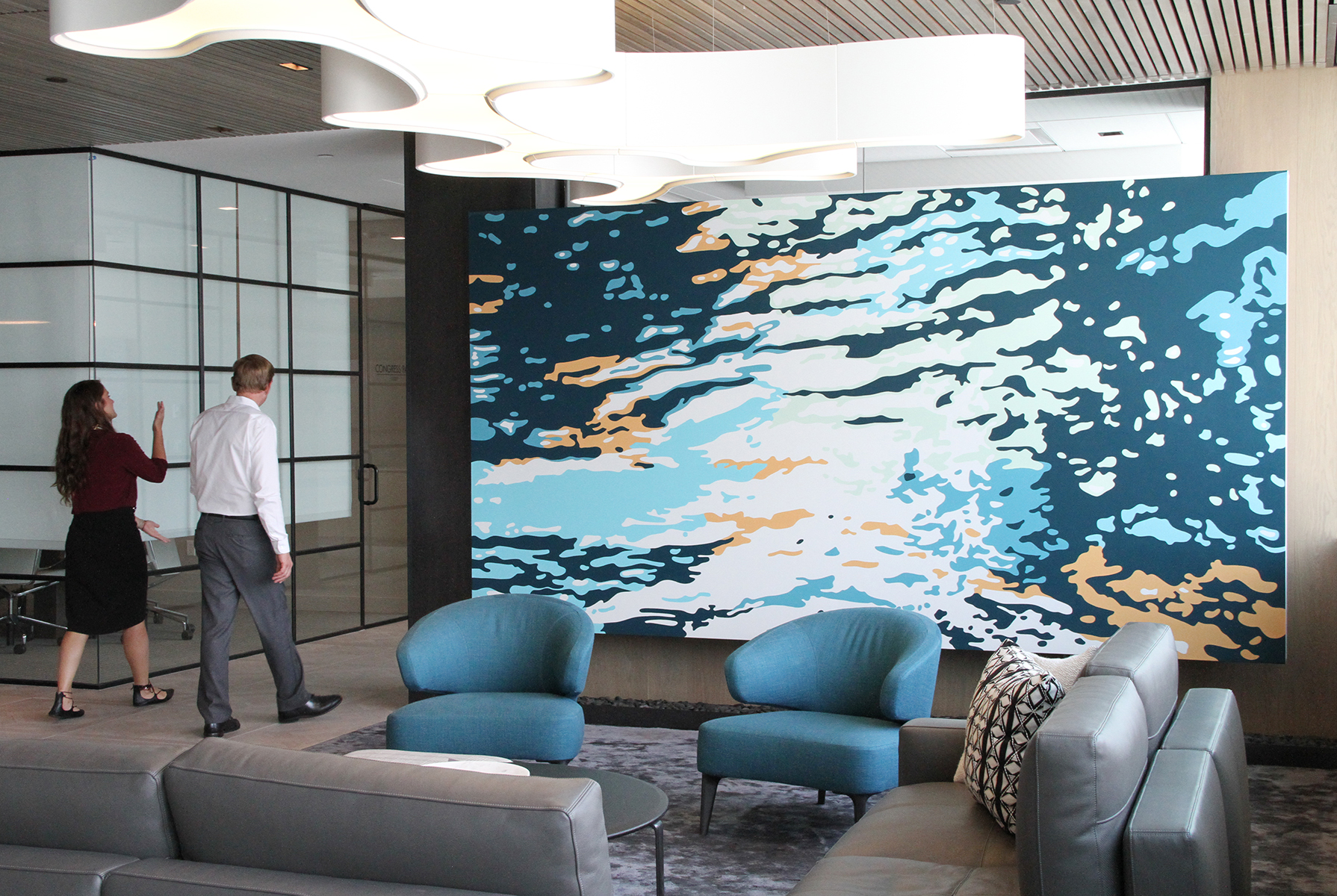 “Flood of ‘65” is a site-specific painting for the new offices of Husch Blackwell in Union Station, a vibrant area of redevelopment in downtown Denver. The piece is 6.5 ft. x 12 ft., executed in latex paint directly on the wall.

The piece continues my investigation into Denver’s relationship with the Platte River, an urban waterway that has played a major role in shaping the development of the city. In 1965, the South Platte River flooded central Denver, including the area surrounding Union Station, which led to projects in urban renewal and flood management over the coming decades that featured the river as a recreational benefit. Today Union Station is the focal point of Denver’s current urban development, including the new mixed-use building where the Husch Blackwell offices are located.

My painting references the Platte River, abstracting the pattern of light and shadow on the surface of the water. The image and title ask the audience to consider the history of the area, the river itself, and the complicated negotiation that happens between urban areas and their natural surroundings.

The painting was commissioned through Nine Dot Arts, who facilitated a dialog with the art committee from Husch Blackwell to arrive at an image and concept that conveyed a narrative about their new location in Union Station.