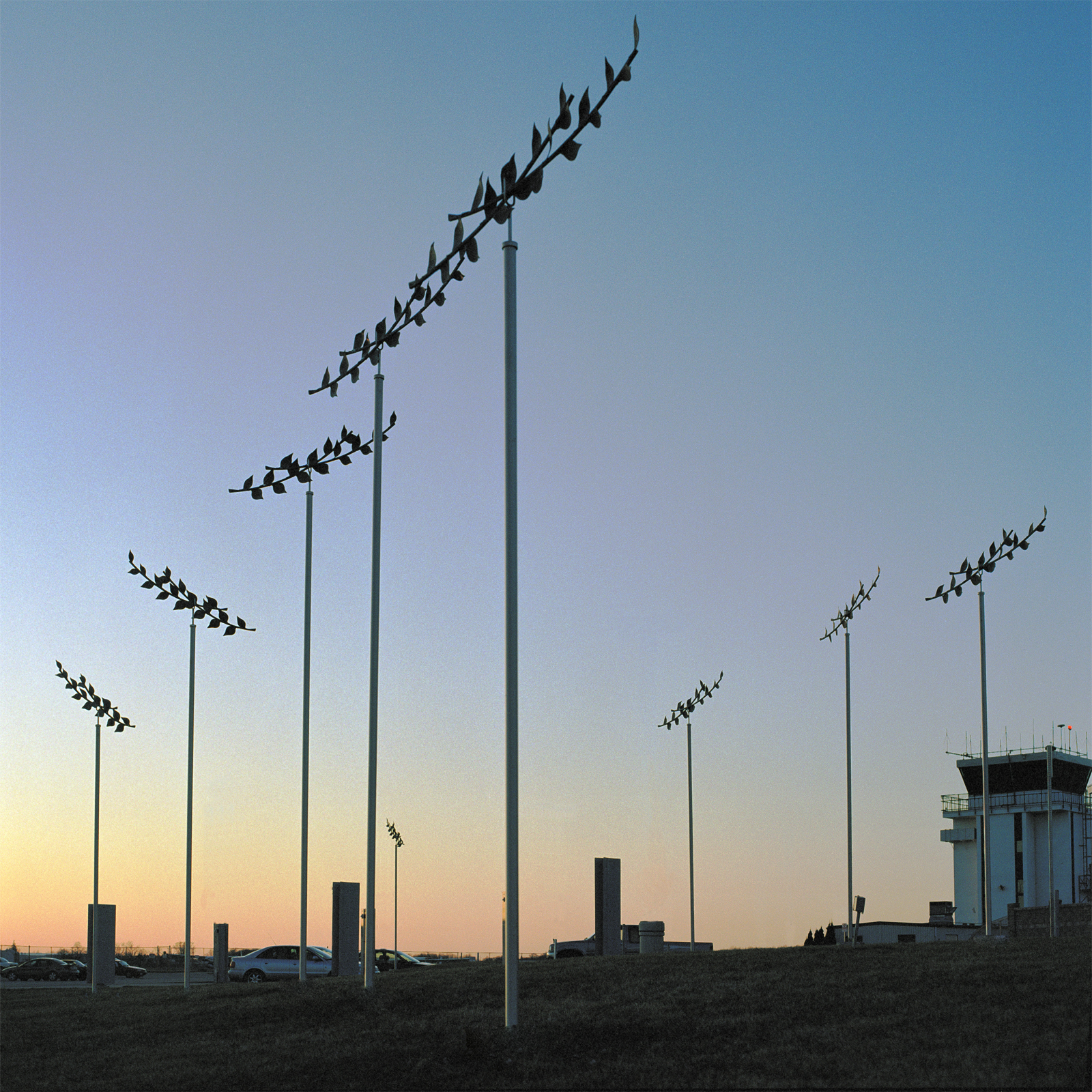 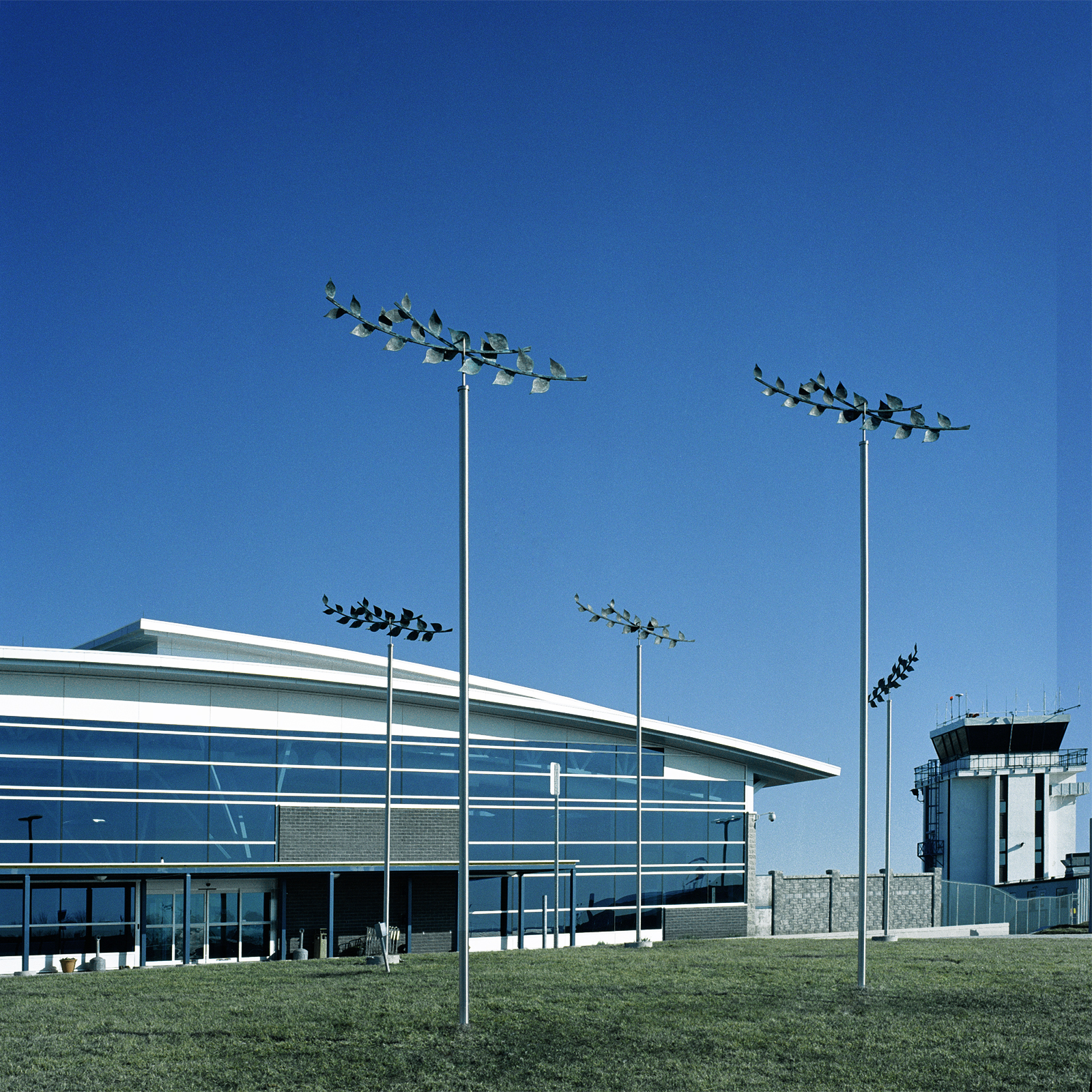 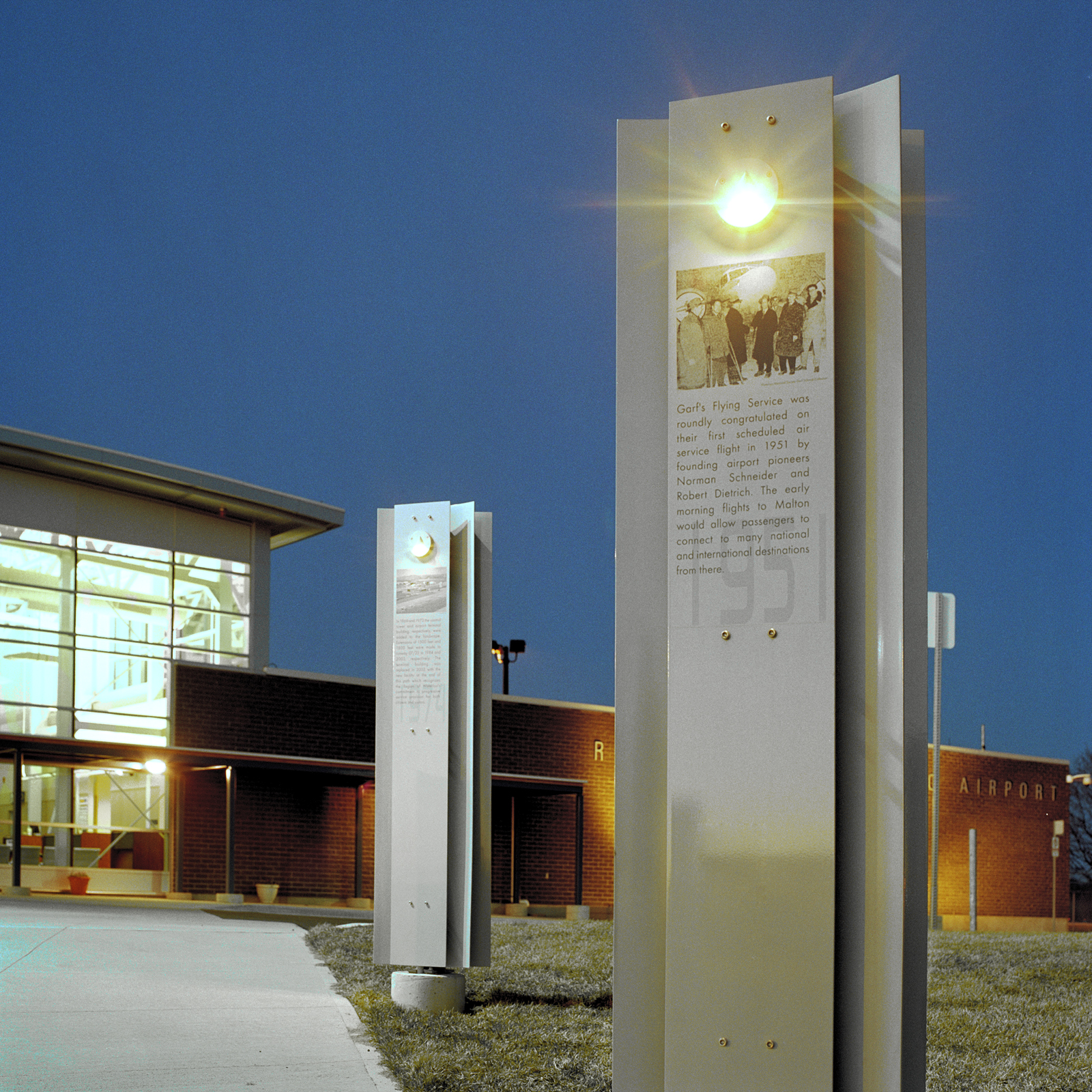 This was the first public art competition for the Region of Waterloo. It was also the 150th anniversary of the formation of the government structure that would become the Region of Waterloo; the artwork would help celebrate the anniversary. The artwork was planned to be integrated with the new Airport Terminal Building, the site was the landscaped foreground on the groundside access to the building.

While there were no specific goals established by the committee, I wanted to create an installation that spoke of flying and referenced the history of the airport. ( A smaller airfield and building, adjacent to the new one, is still in use for flying lessons.) The installation includes nine mobiles extending across the grassy area in front of the airport building. Their branches of hammered brass leaves turn slowly with the currents of air, embodying the poetics of wind and flight. Additionally, the "History Posts" were inspired by the story of Mary Weber, who learned to fly here at age 20 and became the fifth woman in Canada to earn a pilot’s licence. Each of the illuminated columns is silk-screened with an archival photograph accompanied by a descriptive text. The Posts line the walkway to the terminal entrance, offering travellers a glimpse of the airport’s milestones since its beginnings in 1929.

As with all m projects, I worked closely with the fabricator, engineers and installers.