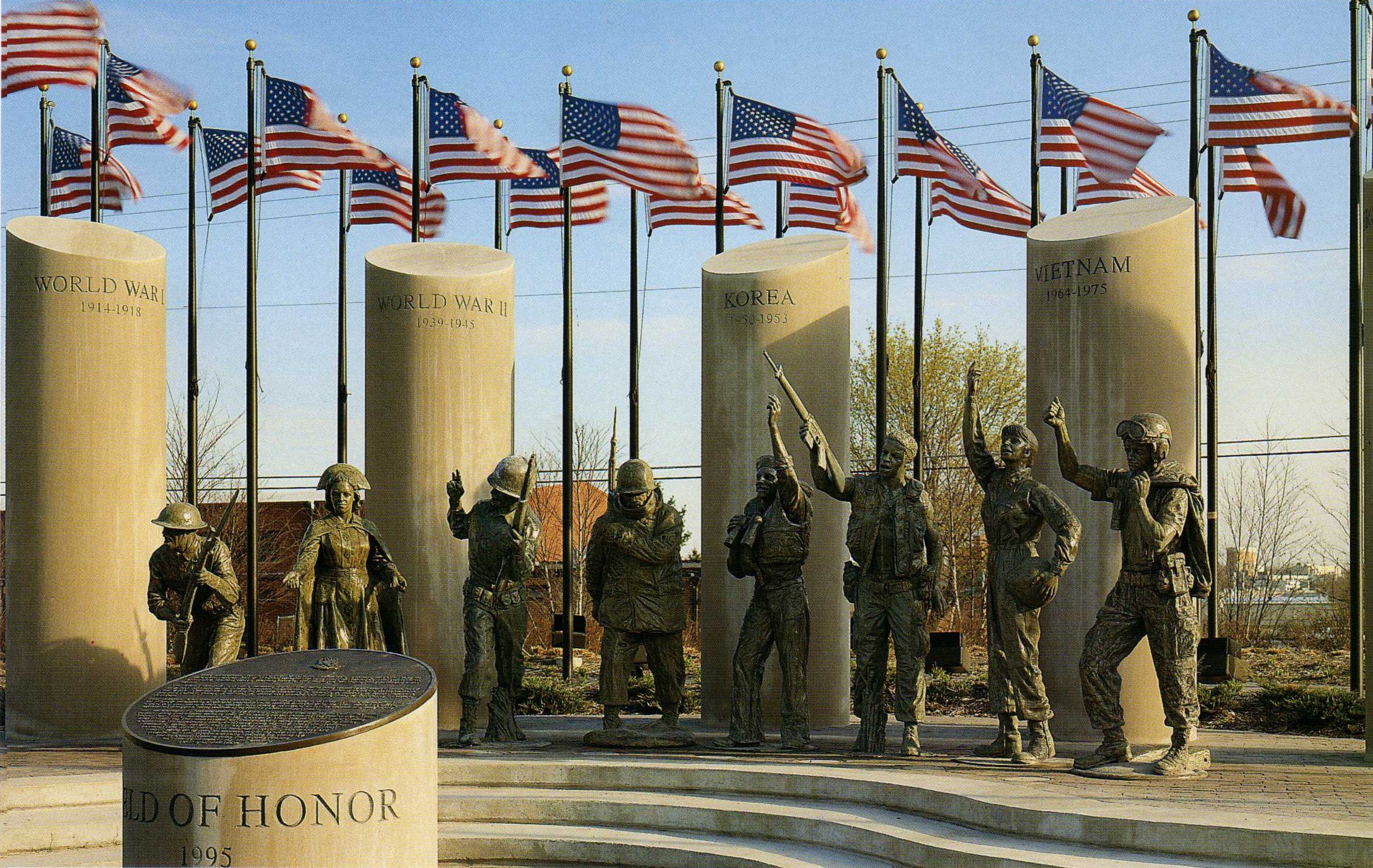 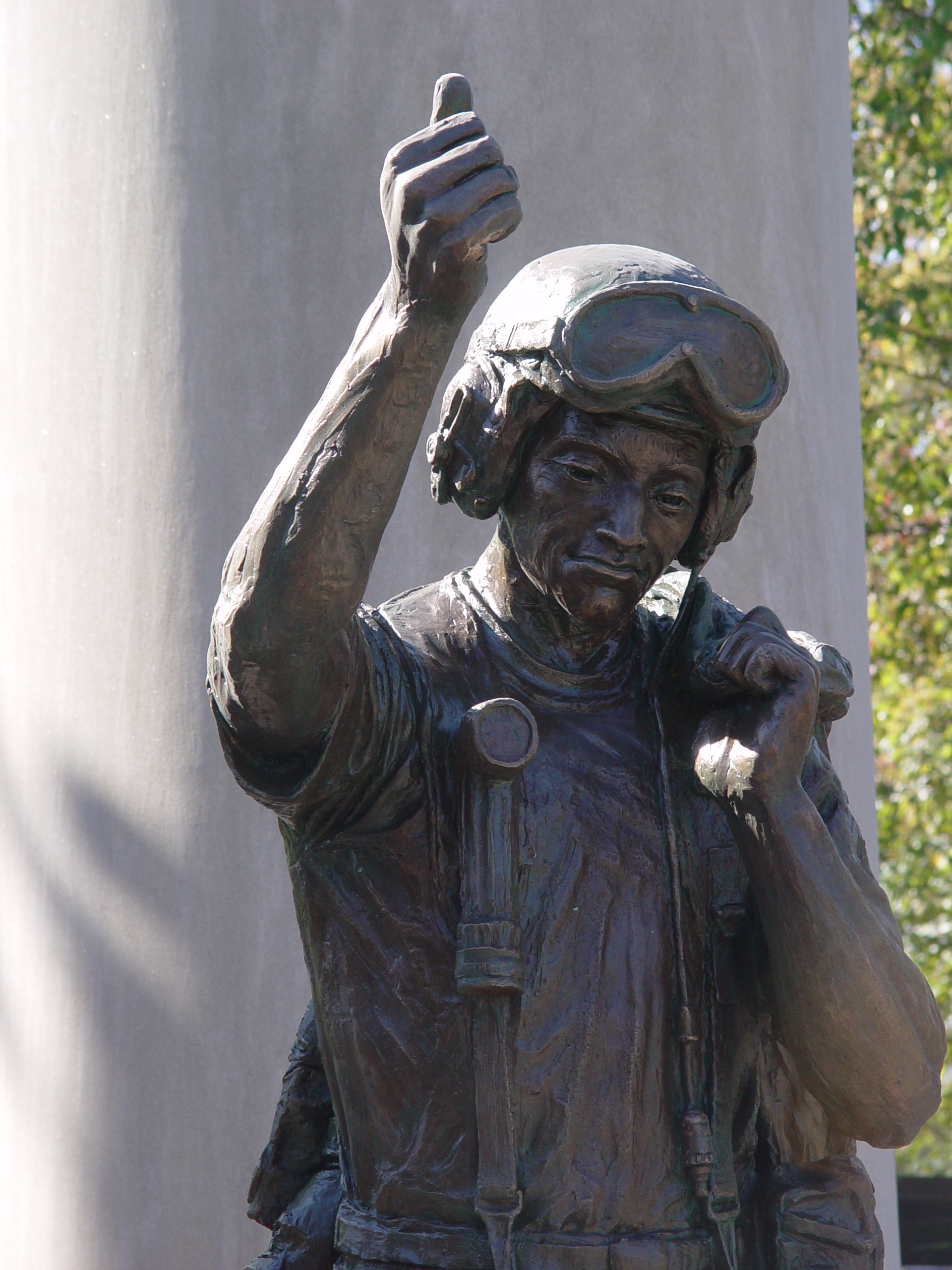 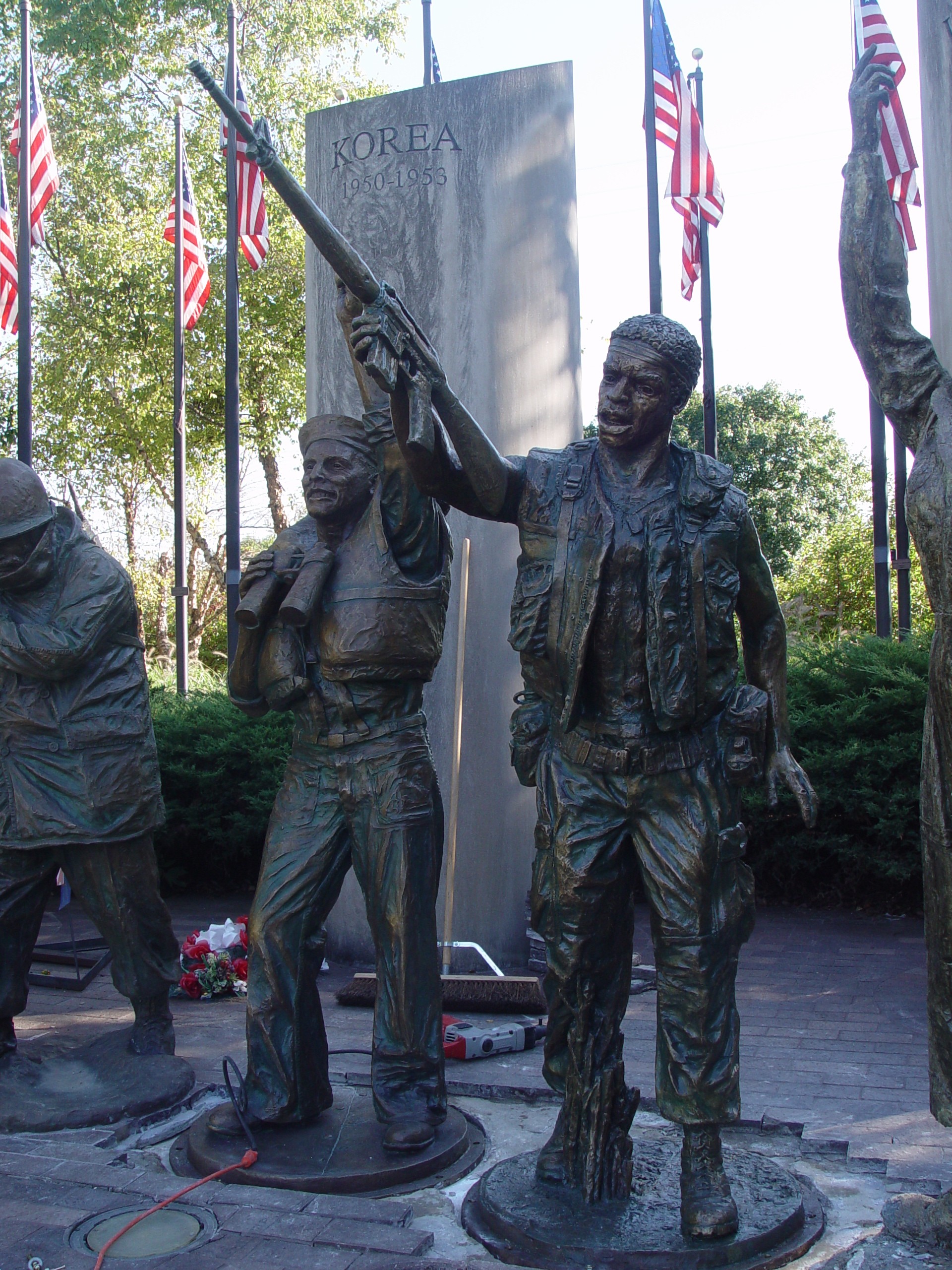 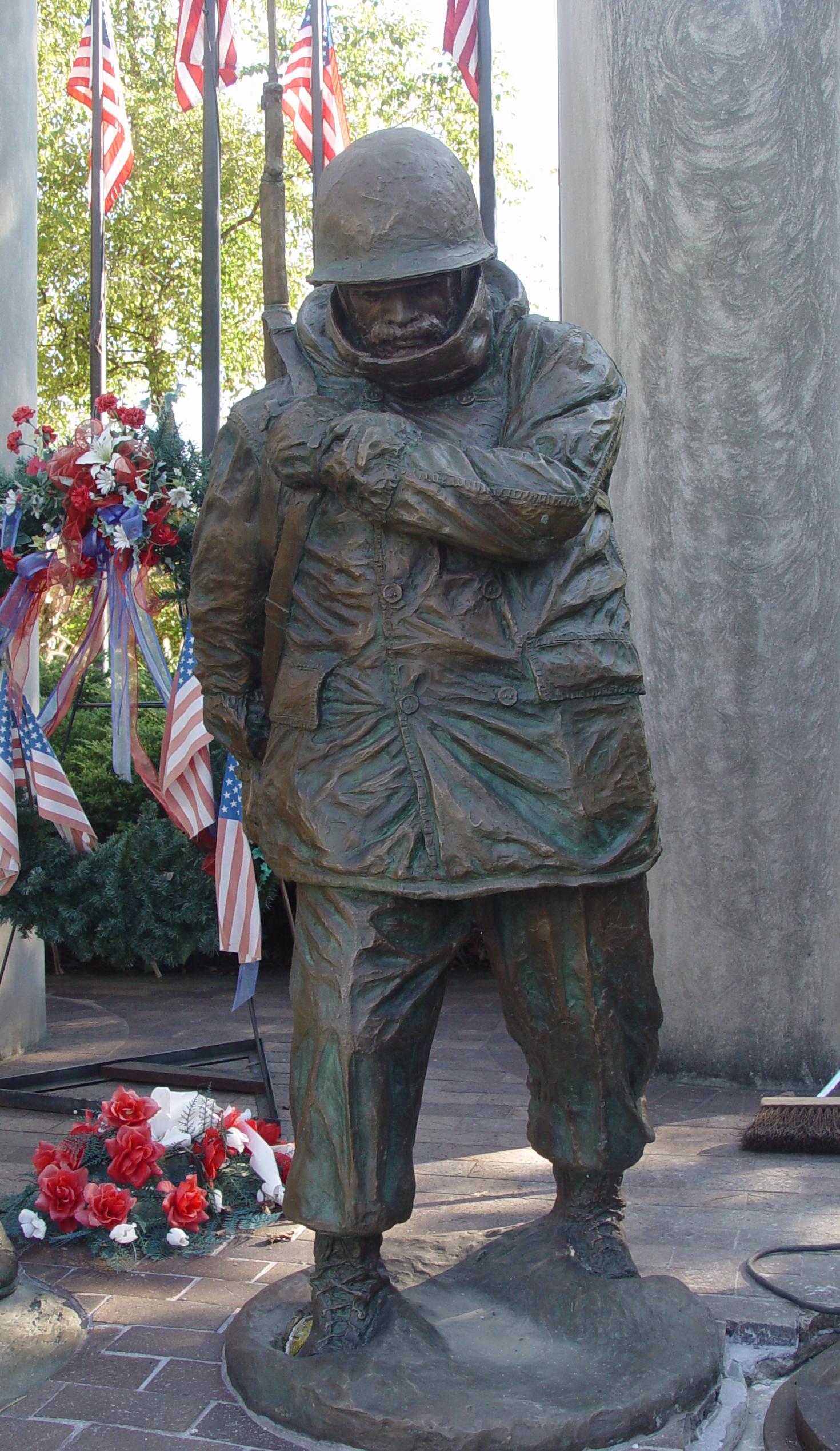 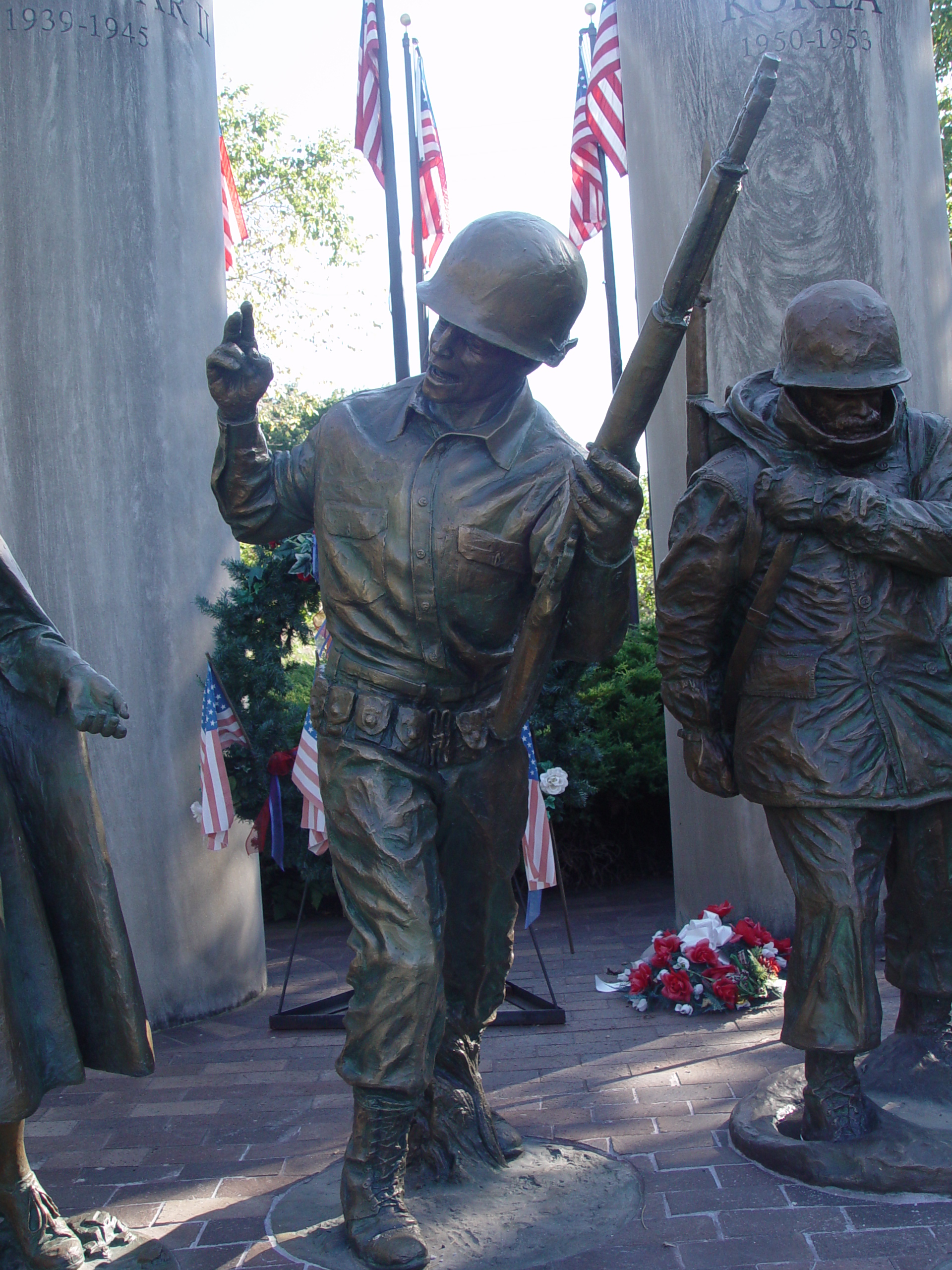 A six acre park was established for a military tribute. The central commemorative had five limestone columns, each lettered with a specific conflict; WW I, WW II, Korea, Viet Nam, Desert Storm.

Chris Bennett was given the basic design by the committee for the figures. Chris researched the costuming to be modeled on the figures. Each figure represents a military branch and an era.

I worked closely with John R. Cook Associates, landscape architect who implemented the limestone columns as well as designed the park