Facts on the Ground - CODAworx 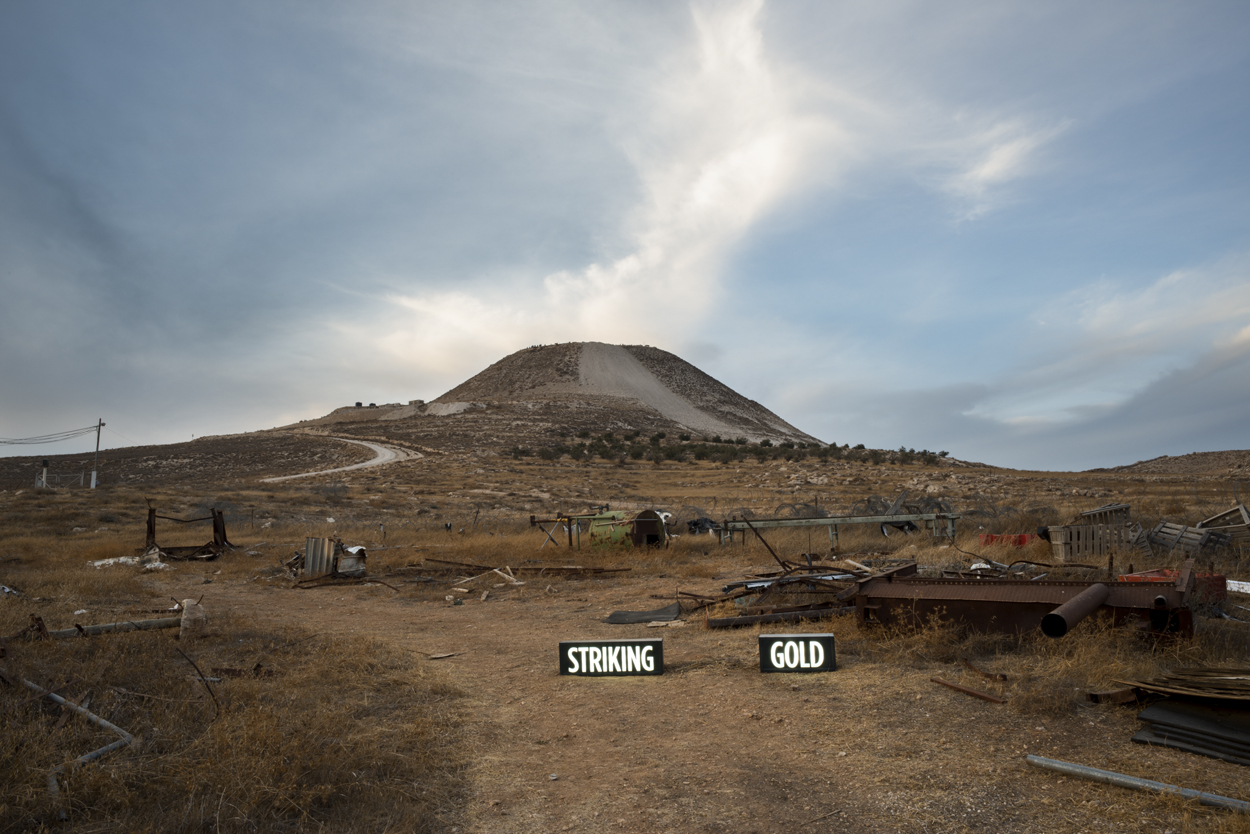 In 2013-4, I created approximately 30 site-specific media installations across Israel and Palestine. I fashioned and installed custom-made light boxes featuring illuminated texts at each site.

Short phrases were thus inserted into the city and landscape, resulting in photographs that are at once dramatic and enigmatic. Rich with ambiguity, the phrases were intended to resist interpretation, while pointing to some of the psychological, cultural, and political anxieties at stake in present day Israel and Palestine. By extension, the uncanny effect of the photographs mirror the conflict in the region. Some phrases were culled from the history of Zionism, while others were artistic distillations. A typical installation and phrase was comprised of between 1 and 3 light box pieces. Each installation was set up in mid to late afternoon and lasted until darkness. I photographed the pieces interacting with their sites during these hours. While the emphasis was on photographing the works, the artwork also had an on-site installation component as members of the public interacted with and responded to the installations.

The installations and photographs were site-specific in every sense. The phrases and visual composition of the boxes were both carefully considered in light of the cultural, historical, socio-political and physical dimension of each site. The conceptual framing, formal composition and choreography were considered with the final art photographs in mind.

As with my earlier works, I sought to create content-driven pieces that are visually arresting, conceptually layered and that resist easy interpretation. My intention was to give visual form to some of the ideological and psychological imperatives that underlie Israel’s past and present. My aim was to create works of art that raise as many questions as they answer.