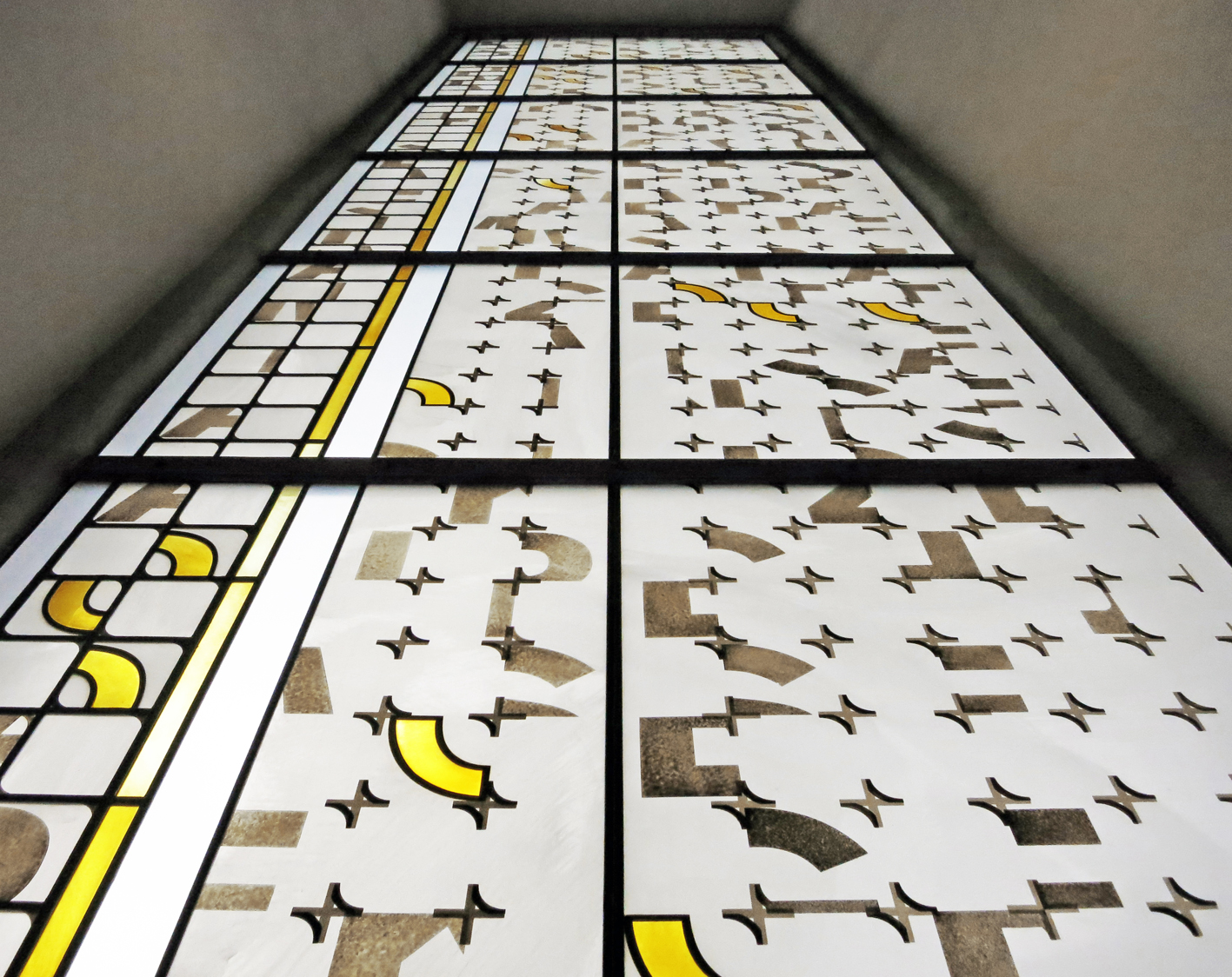 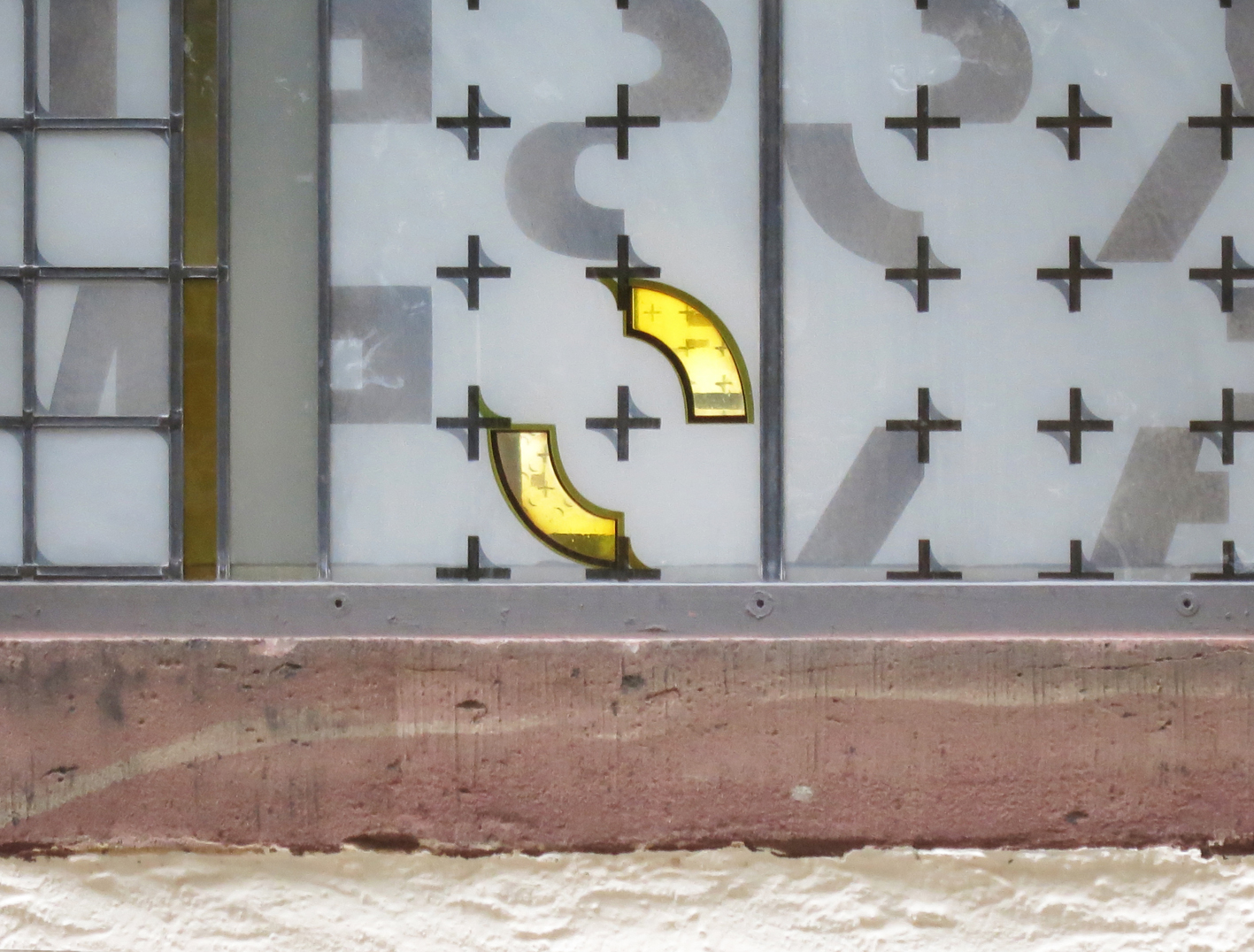 The Johanniskirche (1778) is the most important late baroque church of urban area of Frankfurt am Main, Germany.
In the course of a renovation of the inner space the church community decided to start a competition for the 14 stained glass windows ( 1000 sqft). Three artists were invited to design new artworks for this building and to integrate the four colored stainedglass lockets of the Matthew, Mark, Luke and John. This parts from 1948 were donated by private persons and the history, value and the stories should be preserved.

Instead of the monochrome yellow stained glass windows we decided to work with different white tonalities, a warm browngrey and some transparent yellow parts to get natural light quality inside the sacral enviroment with the late baroque arrangement.

The 12 windows are covered with a structural grid in wich quarter of letters are integrated. The words and content is not readable, the letters are disbanded and seemed to be broken into parts but there is a system to rearrange - by taking four parts out of four windows the beginning of the four gospels could be read in the end. The spectator will be animated to search for knowing, comprehension and orientation.

I Corinthians 13:12 ^
For now we see things in a glass, darkly; but then face to face: now my knowledge is in part; then it will be complete, even as God's knowledge of me.

The windows at the entrance were made out of big sheets of industrial float glass. In each window on the way to the altar the amount of smaller and different glasses (mouthblown antique glass) and lead rises. All the glass we used was structured by heat, screenprinted (grid) and handpainted in three layers in white, covered with computer cutted film to add the letter fragments and the last step was to paint the transparent yellow forms. Each step ends with a firing in the killn by 650°C (1200°F).

The old lockets were cleaned, restored and get a new, white background - to blend into the new windows and to show the outlines of the figures at the old position in the
church.