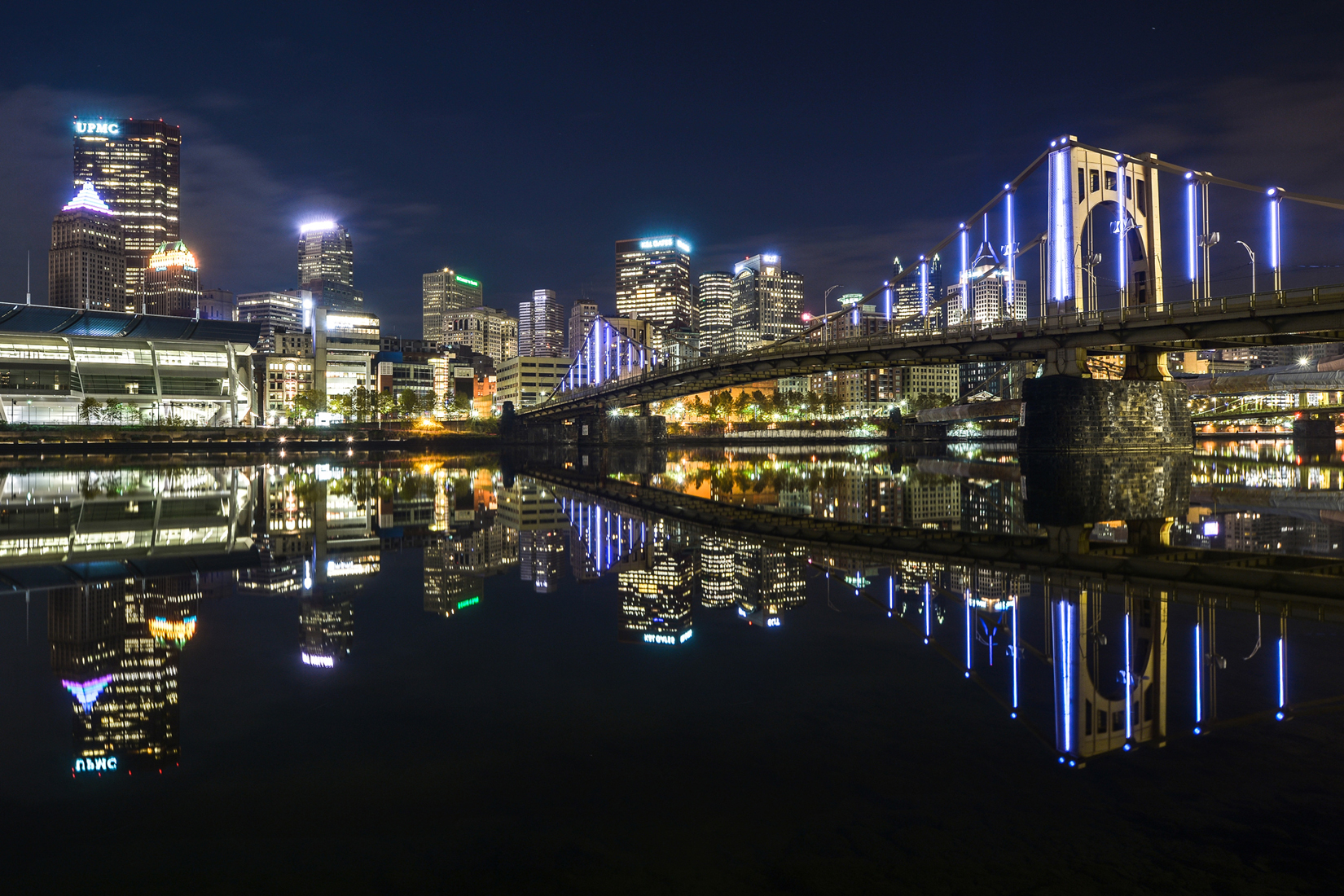 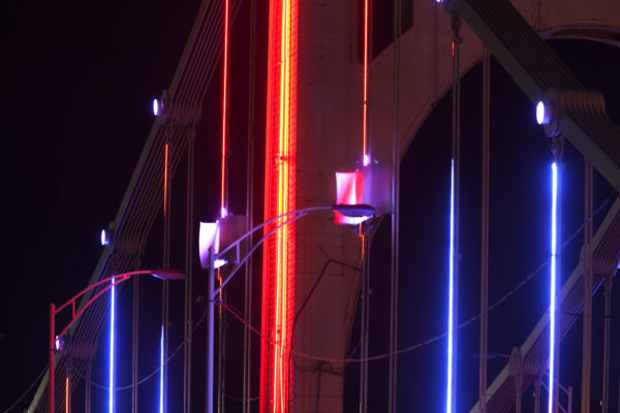 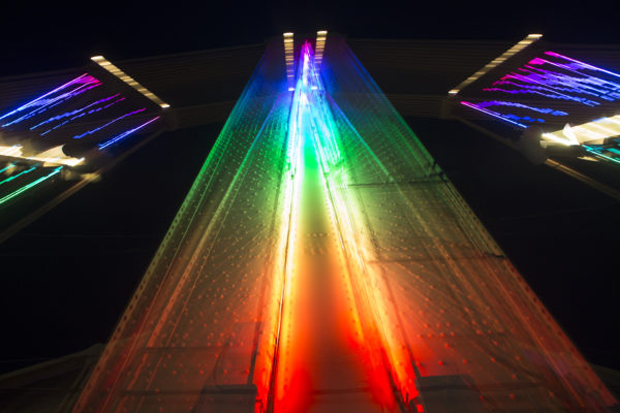 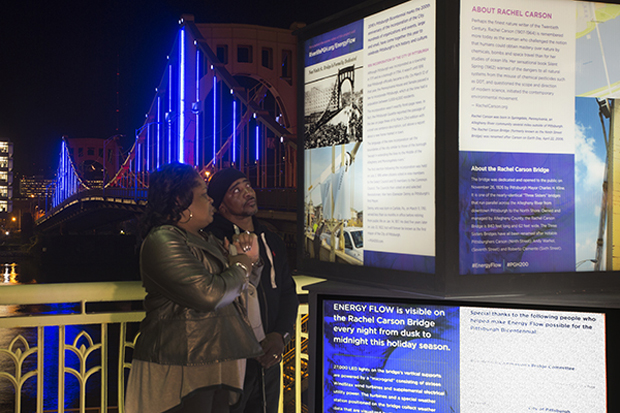 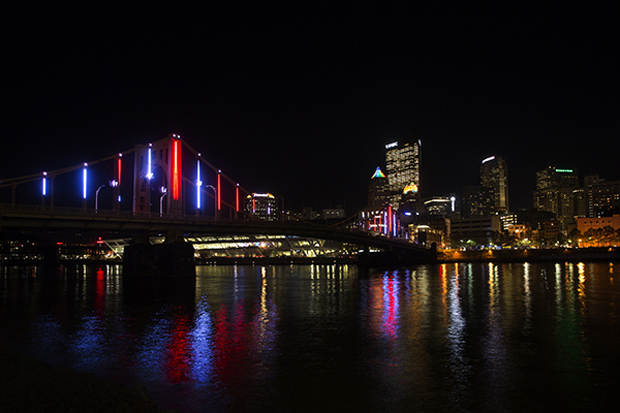 Energy Flow combines light and wind to create a temporary light display on the Rachel Carson Bridge over the Allegheny River. Over 27,000 multicolored LED lights positioned along the bridge’s vertical cables show a real-time visualization of wind speed and direction as captured by a weather station located on the bridge. The electricity needed to power Energy Flow is generated by sixteen wind turbines attached to the catenary arches of the bridge. The environmental aspects of the project are compelling given the bridge’s connection to Pittsburgh environmental pioneer Rachel Carson for whom the bridge is named.

This project was a true partnership with Riverlife, The City of Pittsburgh and our main sponsor Covestro. The bridge had recently been given the namesake of Pittsburgh native Rachel Carson, whose book Silent Spring was an important catalyst for the contemporary American environmental movement. Energy Flow represents a glimpse into the future of smart grid technology, blending traditional and alternative energy sources to create a seamless and reliable source of energy and real-time visual information.

I was fortunate to partner with the local Pittsburgh wind energy provider WindStax, CEO Ron Gdovic who had already done a feasibility study for wind power on the Allegheny bridges. WindStax designs beautiful, custom turbines that move slowly with a high amount of torque to not only efficiently generate power, but slow moving to be safe for birds, a big concern.
Ron and his WindStax team created an advanced energy management system combining wind energy and Dusquensne Light utility power. With the help of my lighting infrastructure designer Chris Clavio of ClaviOn Unlimited and visual designer and programmer Eric Geusz, we covered the span of the bridge with over 27,000 individually addressable LED lights capable of millions of color combinations. When the lighting display turns on, 24-volt direct current from the batteries is inverted to 120 volt alternating current to operate the lighting.
Our infrastructure manages over fifty microcontroller computers to coordinate a series of animations and a real-time visualization of power potential using wind and temperature data from a weather station on the bridge.

Energy Flow uses sixteen 300 watt WindStax vertical axis turbines in clusters of four turbines per nano grid. The total output of the turbines on the bridge is 4,800 watts or 4.8kW. The total peak load of the lighting is 7kW with a working load of 3.2kW. Energy Flow should produce approximately 10,800 kWh annually – enough to power the average US household on wind energy alone. That is equivalent to taking 1.6 passenger vehicles off the road, eliminating 18,191 miles driven, or reducing 8.4 tons of carbon dioxide equivalent from the environment annually.