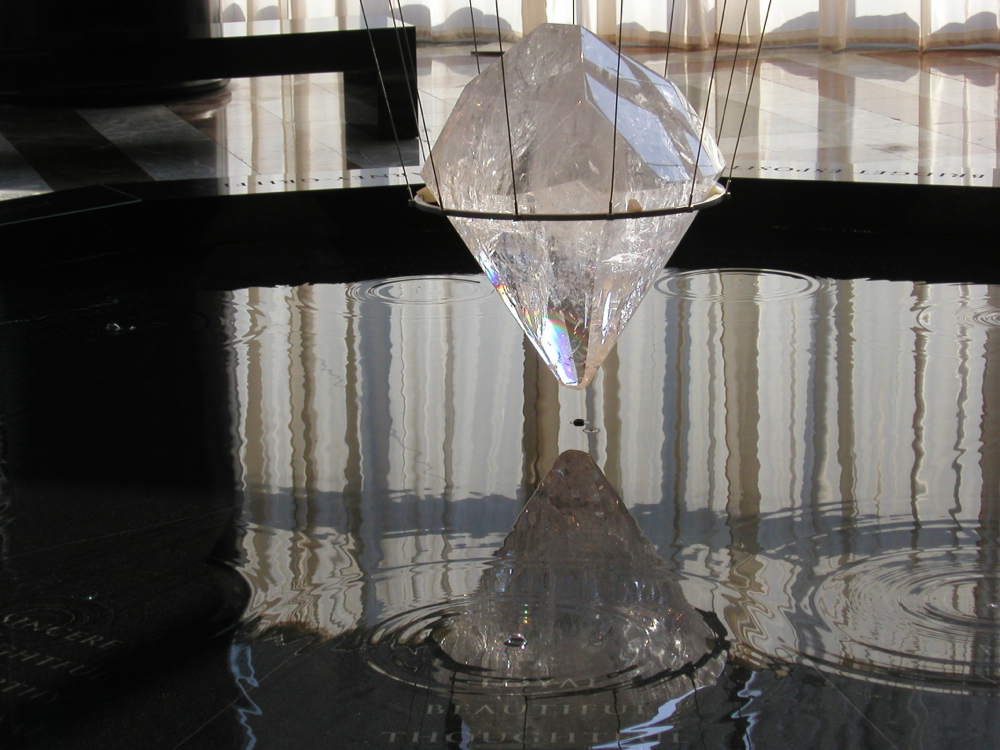 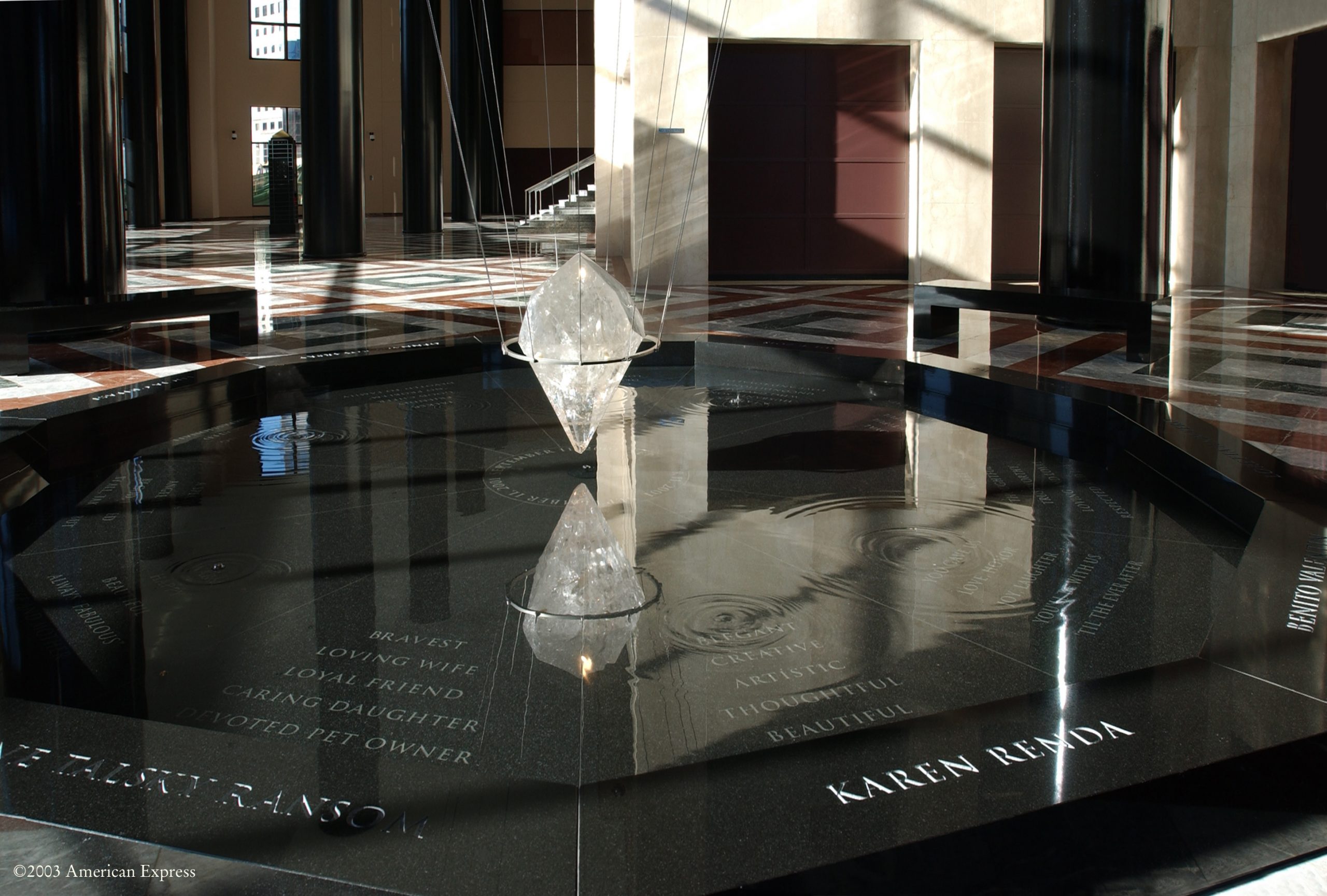 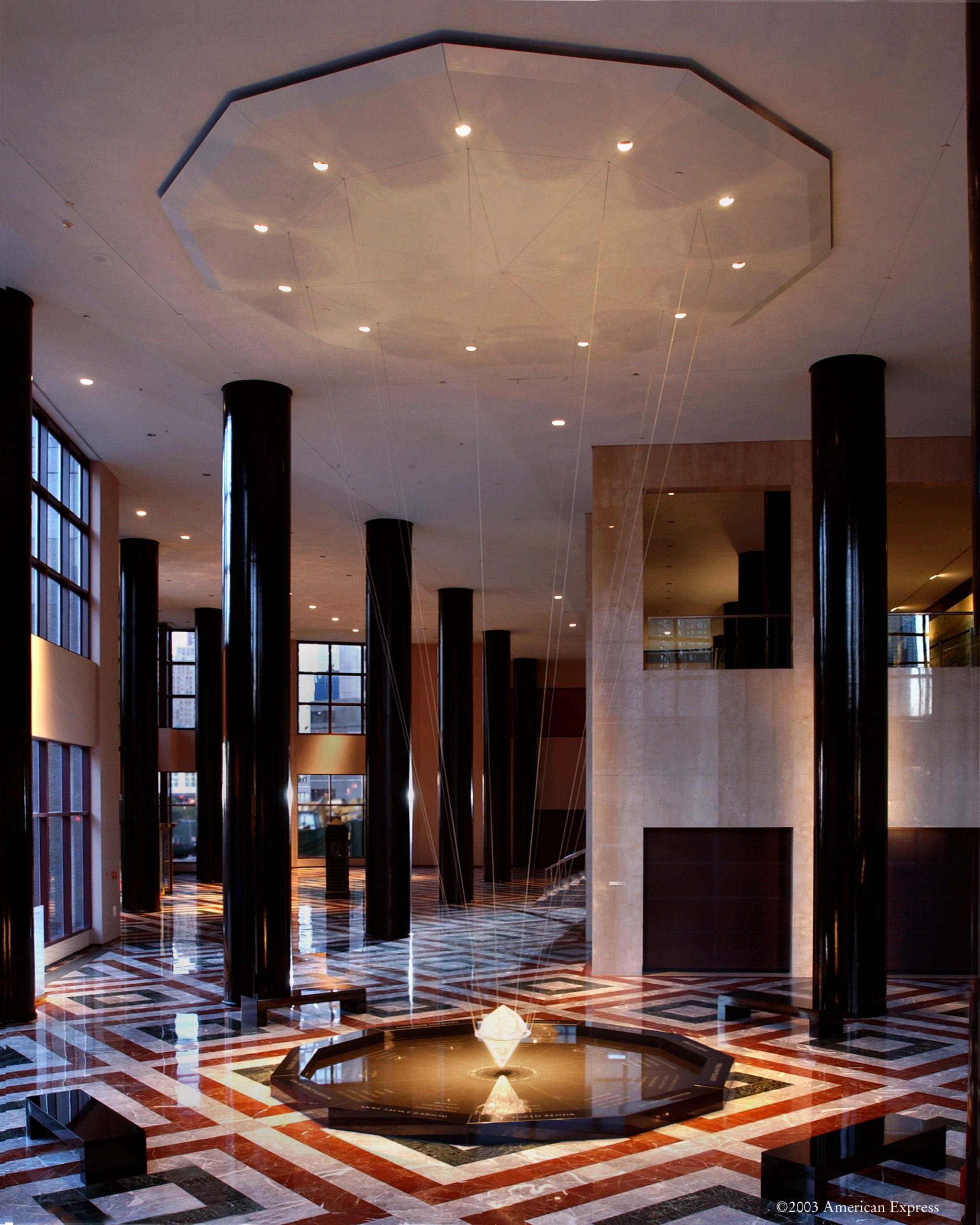 I was asked to cut a crystal that would become the centerpiece of a project to memorialize the eleven employees from American Express who lost their lives on 9/11. The memorial is an 11 sided pool of water, around which the names of those who had died is inscribed. Behind each name, a 5 line description appears etched beneath the surface of the water. Inches above the pool is an 11-sided quartz crystal that measures 32 inches tall, 24 inches wide, 18 inches deep, weighing approximately 600 pounds. It is suspended by 11 cables from a 35 foot ceiling.

The crystal is the heart and centerpiece of the memorial which was created to honor those American Express employees who died on September 11th, 2001.

Because of the enormity of purpose, the project brought together an extremely talented and committed group of people. Ken Smith's brilliant and piercing design was the focal point for a team of over 100 designers, artists, engineers and craftspeople who worked tirelessly together to bring the project to fruition in a 7 month period of time.