DNA HAS NO COLOR - CODAworx 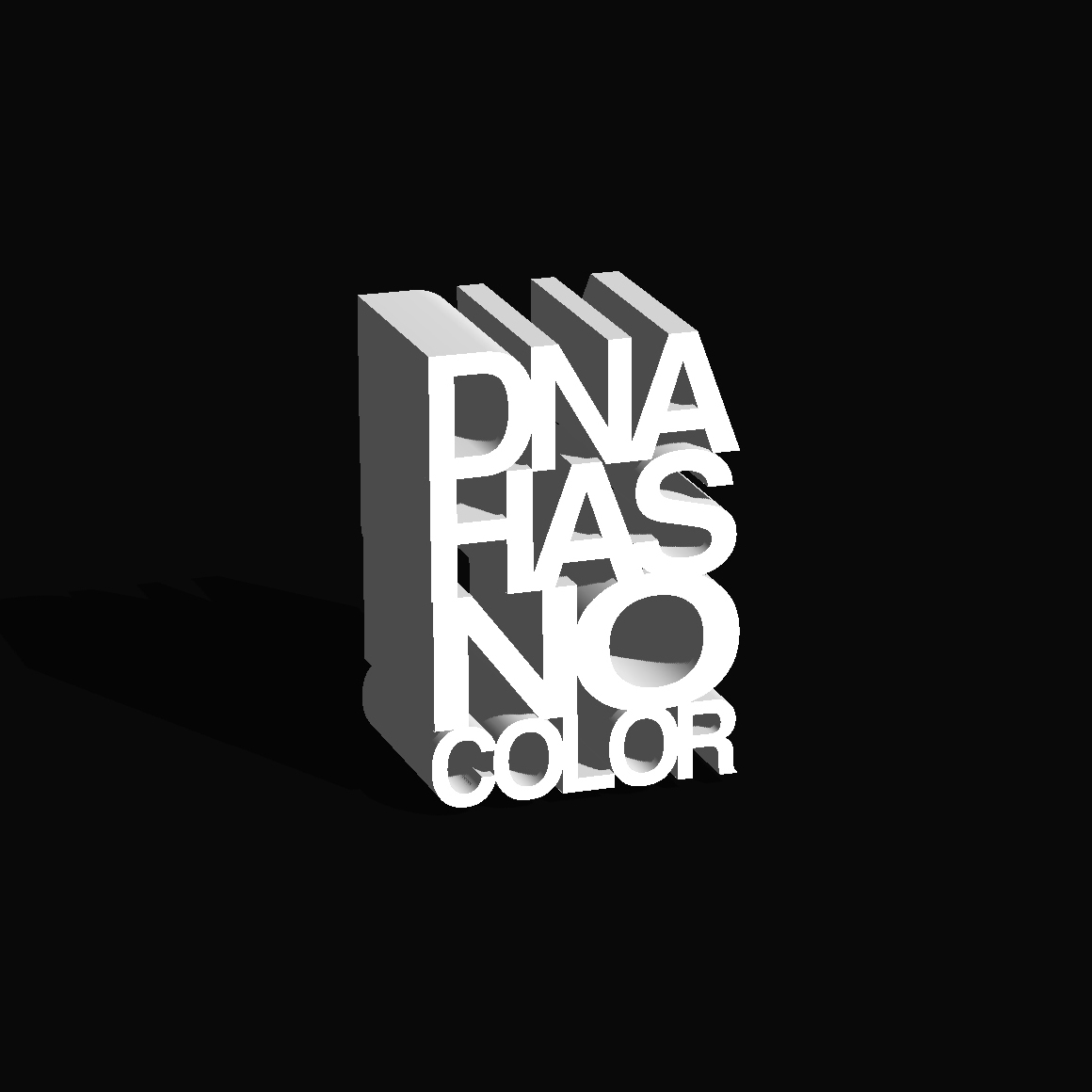 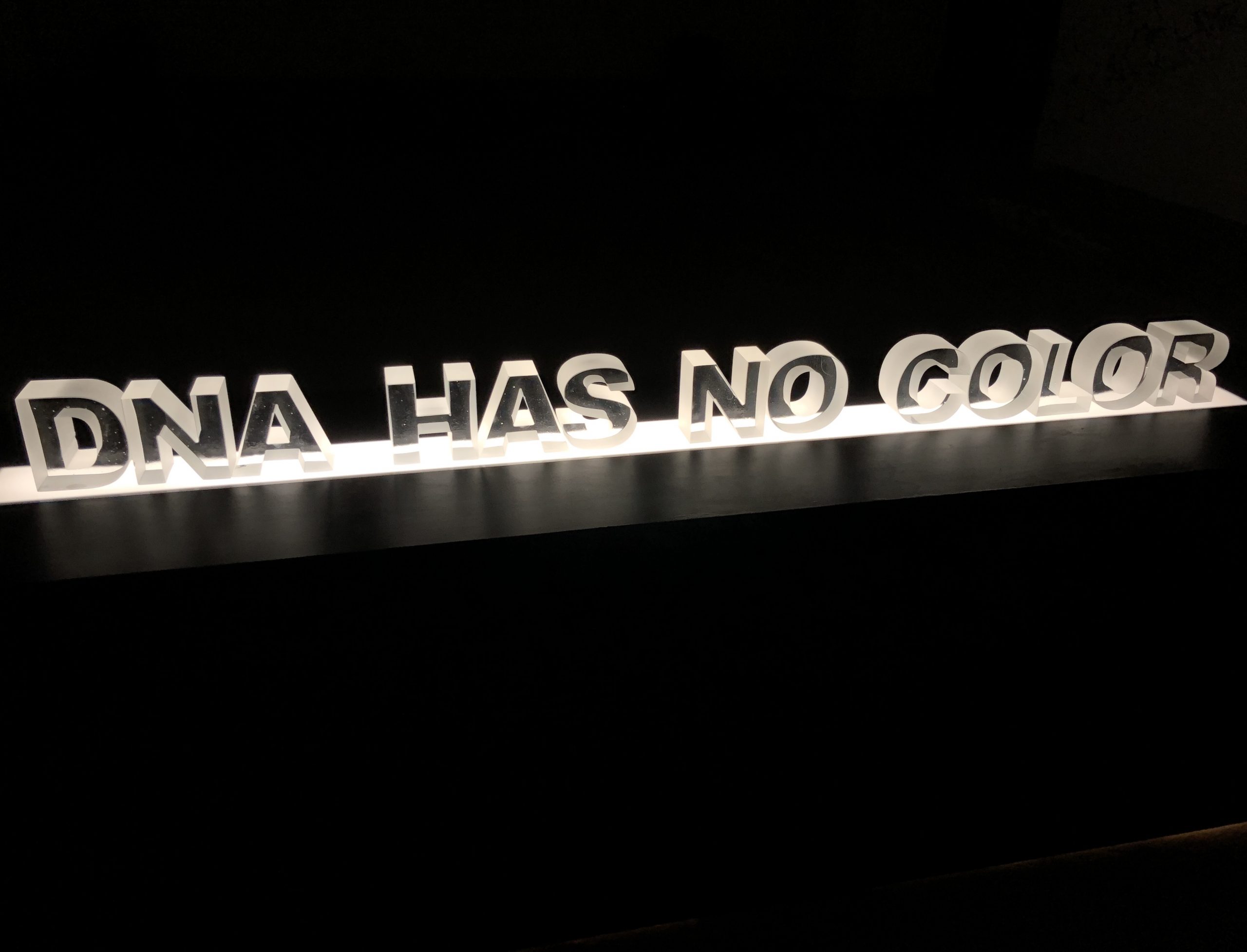 DNA has no color. Scientists see it as translucent, even though it can sometimes appear whitish due to impurities in samples. With the prevailing upturn in racism today, DNA HAS NO COLOR is a timely message. Race is merely a social construct having nothing to do with genetics. We are all one race, the human one, and all human DNA is colorless.

In 2000, I made a project for Creative Time which accompanied a collective exhibition that explores DNA. Originally commissioned by Zaha Hadid for London's Millenium Dome, I showed the Human Race Machine where viewers could see what a different breed would look like. Accompanying the exhibition, Creative Timehe commissioned a billboard on Canal and Church Street that said "There is no Gene for the race". I consider the DNA HAS NO COLOR message of these sculptures an update of that same concept. Race is just a social construct that has nothing to do with gene science. In fact, our DNA is transparent, although it can be seen as a hazy and whitish material. With today's growing racism trend, DNA HAS NO COLOR is an even more emblematic message than "There's No Gene For Race" was twenty years ago. The original sculpture was approximately 6 feet long and each letter was about 6 inches high. It was lit from beneath a black stand with light emanating the letters. I would now like to make a large scale vertical version for public spaces.

The work was produced in glass in collaboration with the Berengo Foundation and created at the Berengo Studio in Venice in July 2019. One of the images is the actual horizontal version of the sculpture and the other is a quick sketch of a vertical version.