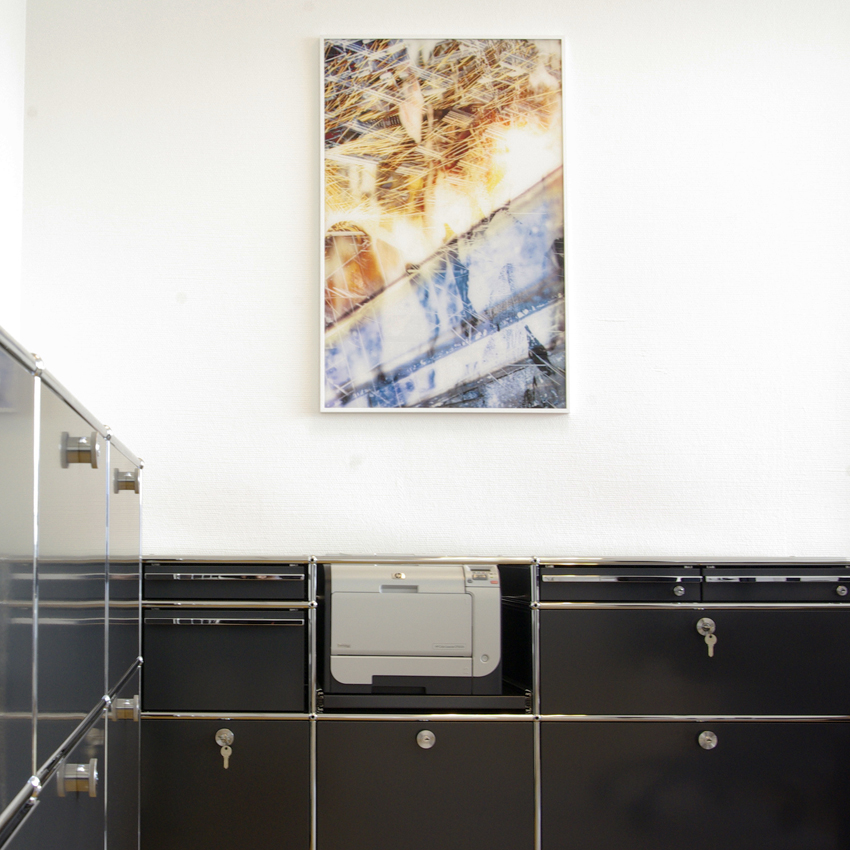 Corporate art, artwork for the headquarter office, lxh=100x80cm, motive also used for invitations and a calender for customers.

The Seppeler Group wanted to show the corporate culture and the brand philosophy by using art.

One day the CEO of the marketing agency from the Seppeler Group called me. He said his client, Mr. Seppeler, needs an artwork for his new office space and asked me if I’m interested in this project.
I told him, that it would be great to work together and so we had a meeting with Mr. Seppeler. After the meeting it was for sure: I will create the new artwork for the headquarter of the Seppeler Group.
To create the art work, I had to take significant photos. For a deeper understanding of what the Seppeler Group is producing and to get some impressions for my inspiration, I took photographs of the production centers and constructing areas, spoke to employees and workers to filter out what is special and unique about the Seppeler Group.
In several meetings during the designprocess I informed Mr. Seppeler about the progress, so that he had the chance to adjust or to bring in some of his own ideas and thoughts. We had very intensive discussions and lots of fun.
After 3 months I presented him the final artwork and he was very satisfied. An article about me and my work was printed in the customer Magazin.

About Seppeler: Your requirements of our surfaces are as individualized as the solutions we offer you. For this reason, corrosion protection begins as early as the project planning stage for the Seppeler hot dip galvanizing plants. Based on an exact analysis of requirements, production processes are planned and additional work organized. Added value is thus created that we tailor precisely to the particular requirements of individual industries.