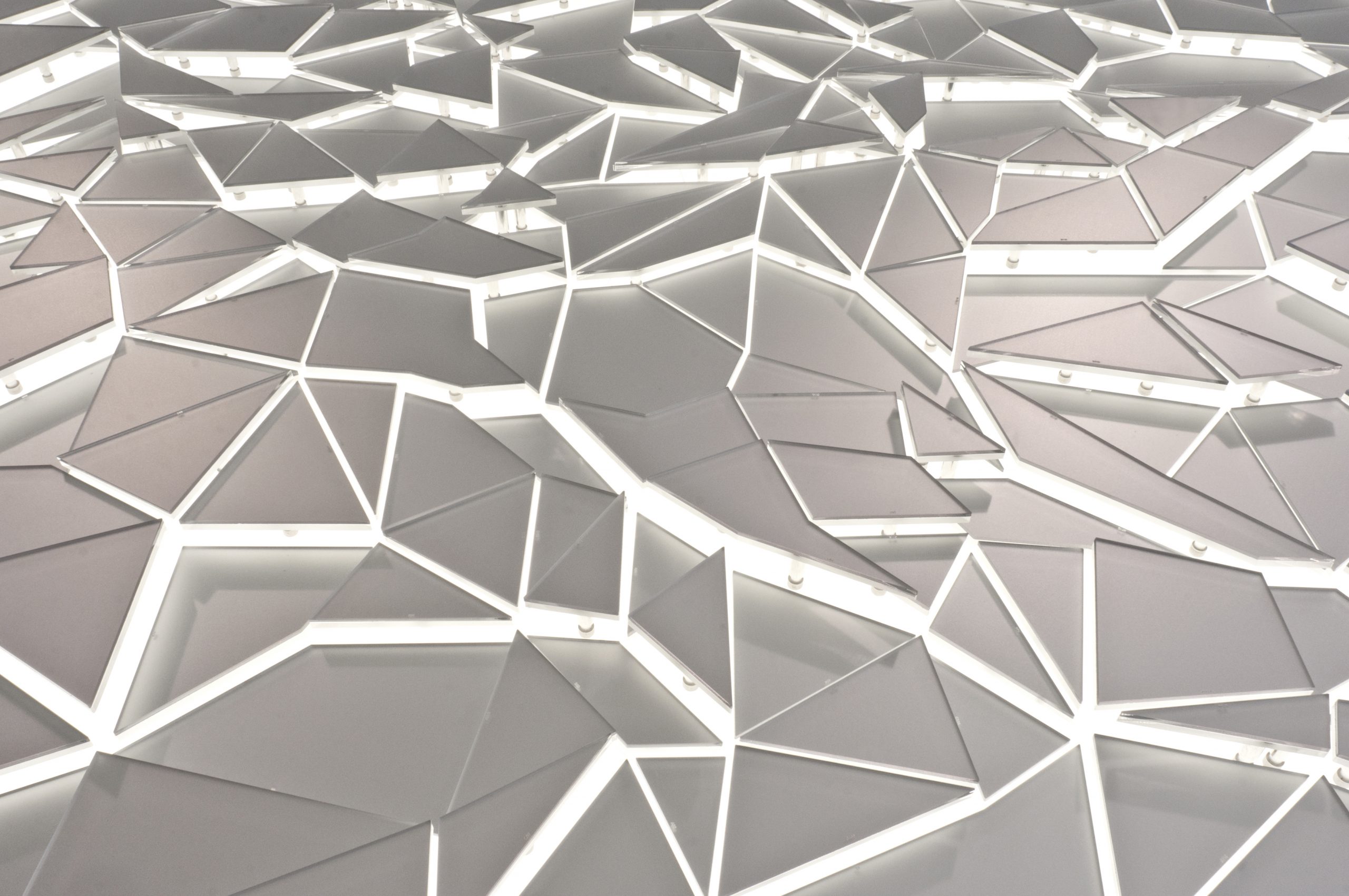 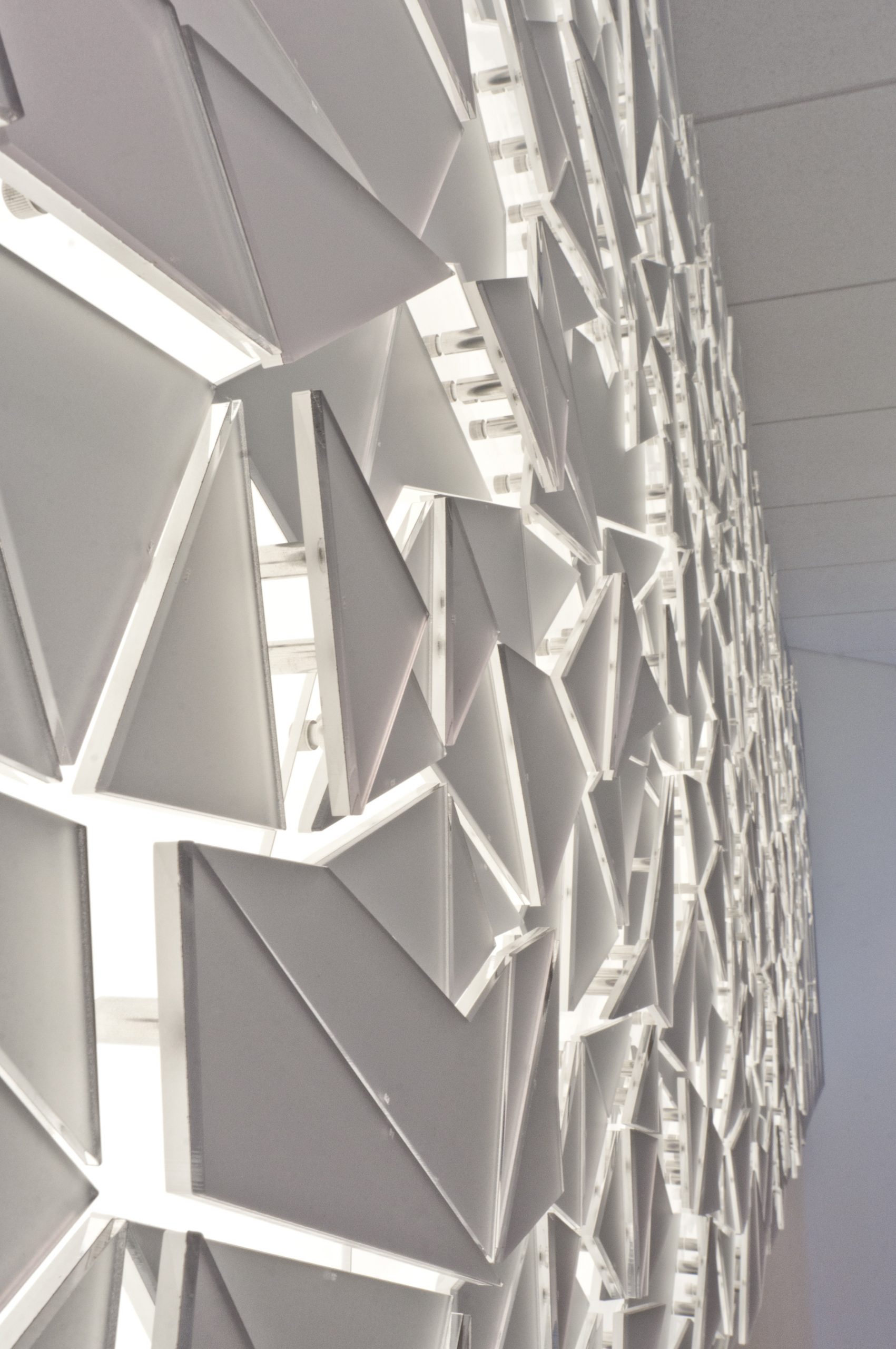 This site specific piece is representative of physical energy. The form is driven by the phenomenon of electrical arcing, while smaller fracturing elements allude to an internal energy breaking through. Conceptually, this hallway acts as a conduit for employees bringing their own energy to the building in order to operate as efficiently as possible.

The project pulls its name from its siting. The new secure hallway entrance can be considered a conduit for employees to enter and exit the building, similar to the conduit used to carry electricity from one place to another. The project is intended to enliven a typically mundane space, and reflect the energy that the employees are bringing into the building.

It is intended to represent physical energy. In order to graphically display this, we drew from images of electrical arcing. Arcing occurs when electricity passes through a non-conductive material such as air and is when it can be seen visually. The form of the piece is driven by this phenomenon, and gives the overall gesture, while smaller fracturing elements allude to an internal energy breaking through.

In the elevation, the larger graphic becomes more apparent. The two ends of the piece are reaching towards the middle and touching at just a few points. The smaller elements are subdivided from the void areas left behind by the original “arc lines.” These fractured parts begin to extend off of the wall at varying lengths, creating a totally different appearance in perspective. As the light bleeds through, they begin to make a texture, and the larger lines begin to disappear. In this way, the project appears differently as people walk by as opposed to looking straight on.