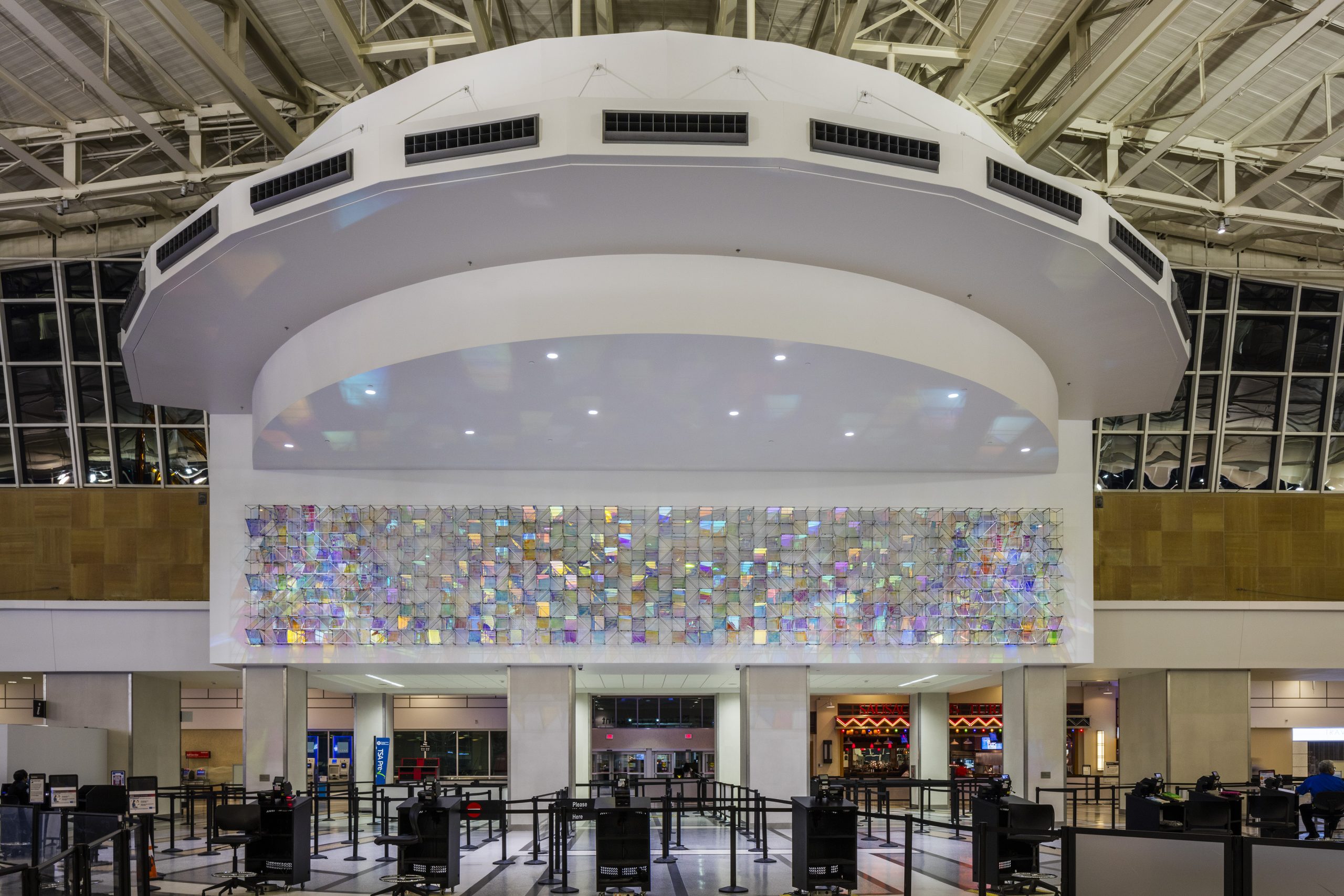 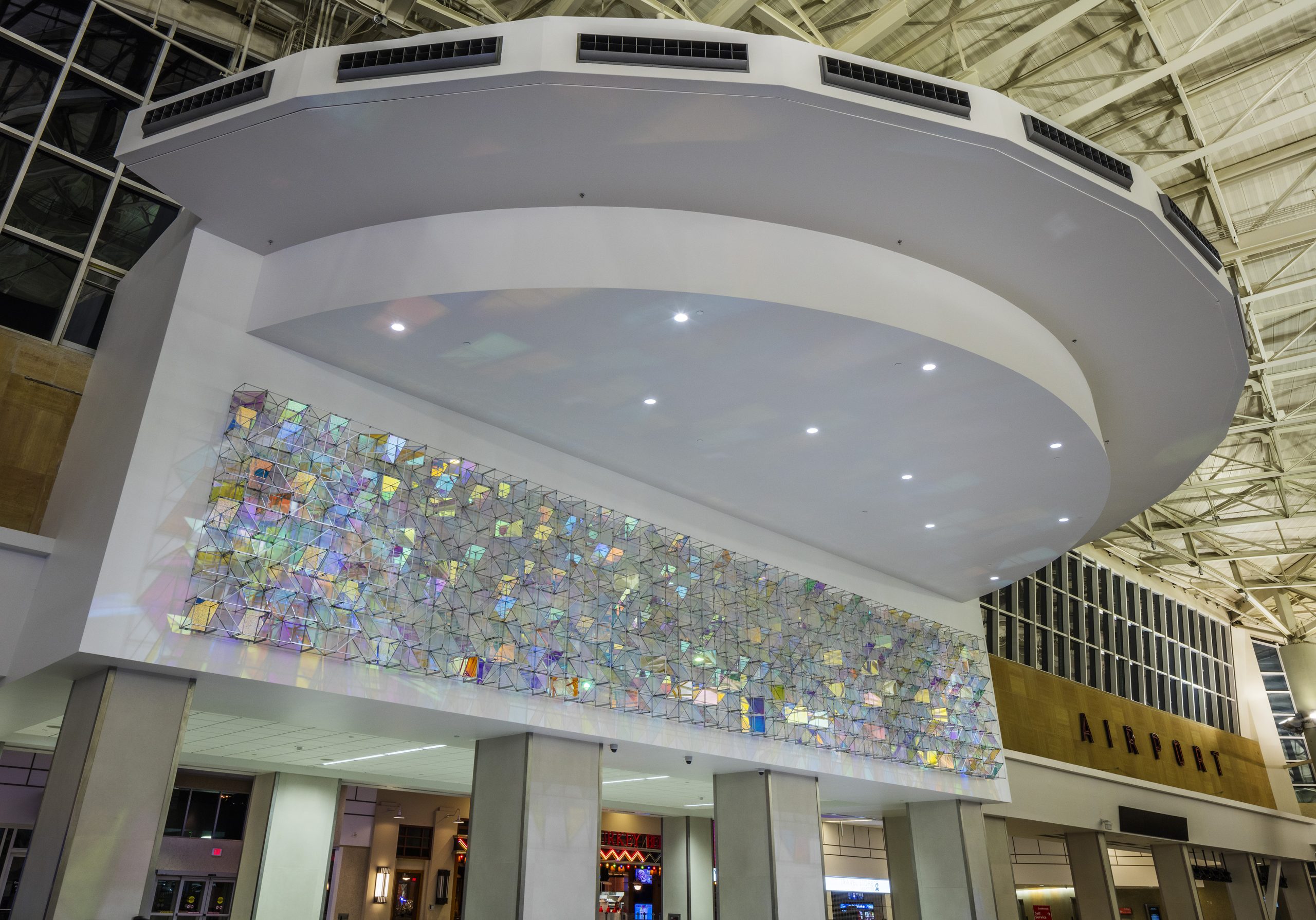 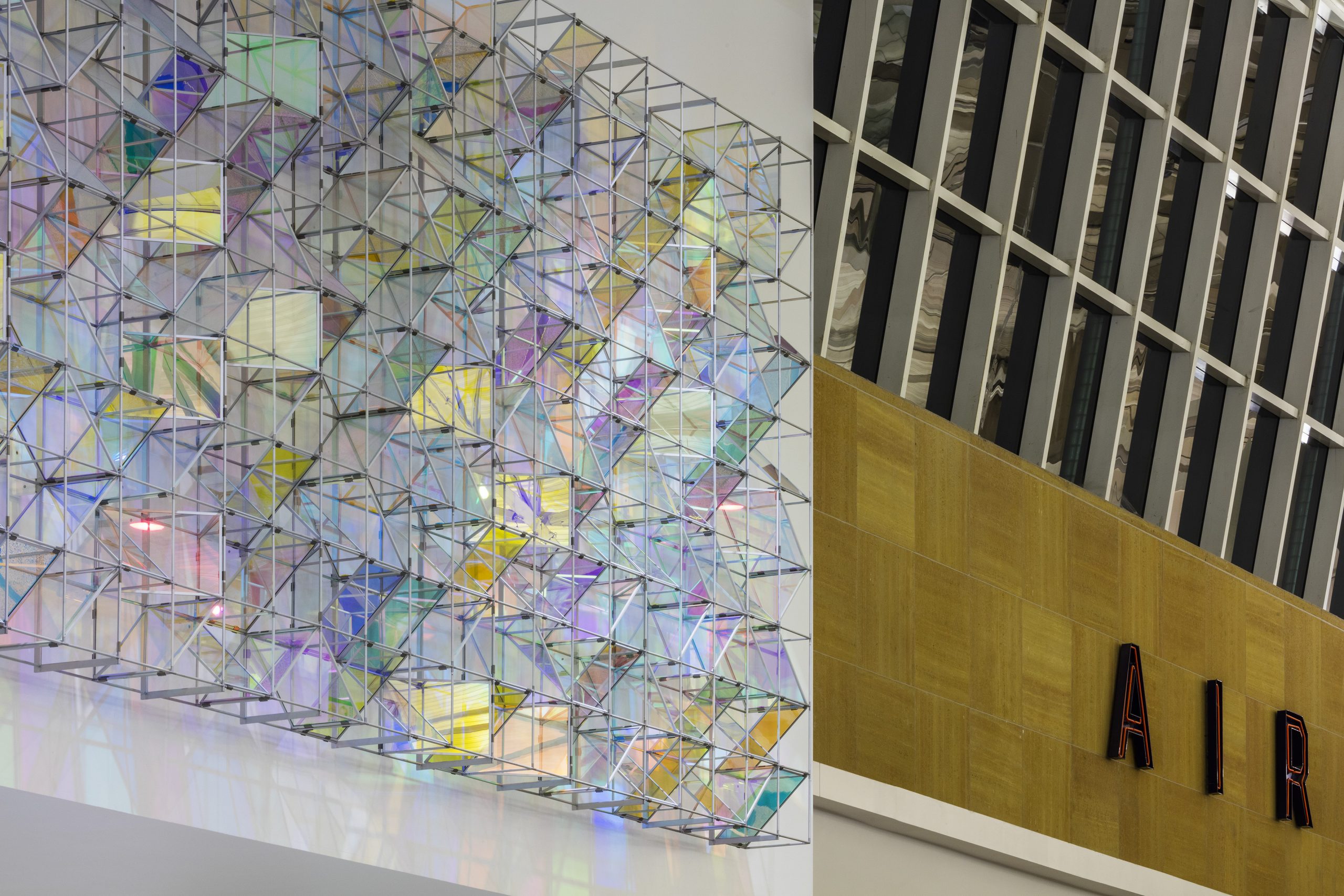 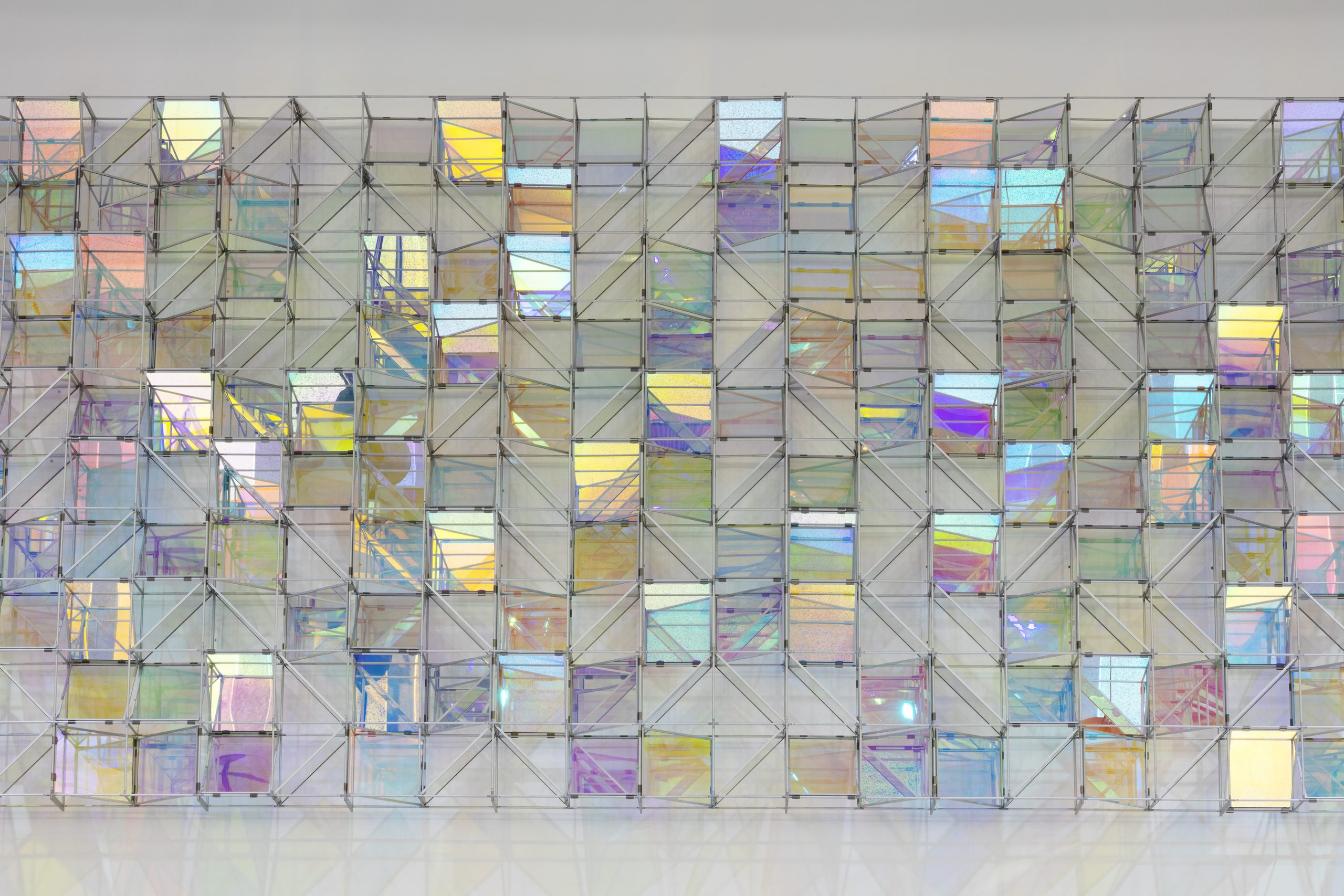 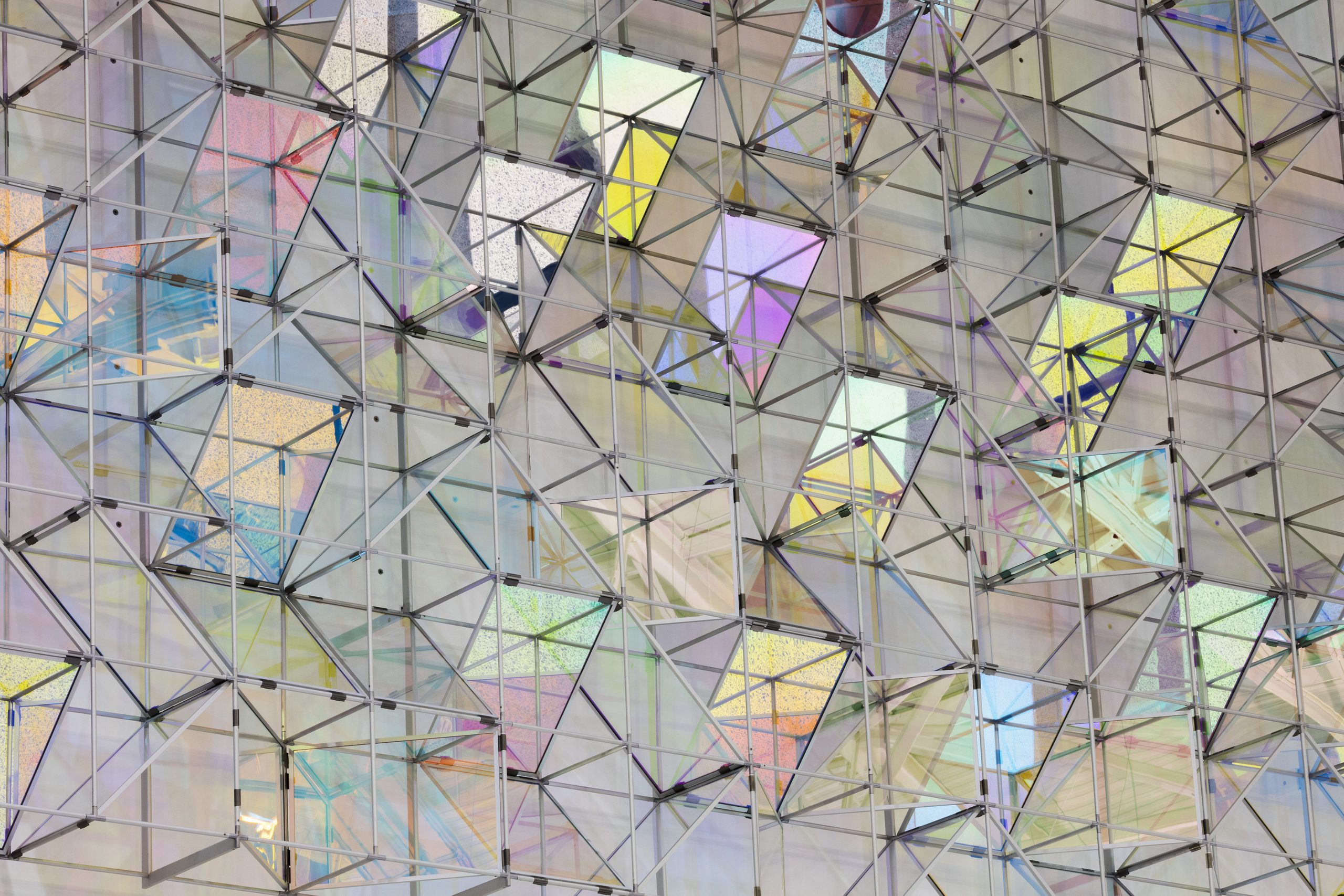 Christian Eckart was commissioned by Houston Airport System through Houston Arts Alliance to create artwork for Houston's Hobby Airport. The piece is installed in the atrium area near the main departures entrance to the airport. The area is referred to as the "Cloud Room." Eckart designed the piece to specifically interact with the light and activity that takes place in this atrium daily. Eckart describes the work as follows: "Most of my work extends from painting, and this work is no different from other works insofar as its final state being characterized as a painting/sculpture hybrid. The material of choice here in terms of the work expressing itself as a painting is dichroic glass. Dichroic glass is a material that is one color in transmission and a complementary color in reflection. Beyond that, the material has tendencies to express secondary and even tertiary color effects as one moves about in relation to it. The result will be a subtly color shifting "painting" perpetually changing as the viewer moves and also as the local light conditions shift in the surrounding environment. It will never be the same work twice for any one viewer or upon multiple viewings."

There was collaboration between Christian Eckart, his fabricators and the Houston Airport System who commissioned the work. Houston Arts Alliance, together with the airport art collection curators and McClain Gallery managed the project on a very tight timeline. The Houston Airport System chose from three different designs for the space proposed by the artist and ultimately decided on the design that the artist most preferred as well. The fabrication was executed based on the artist's detailed plans for the piece and was meticulously overseen by the artist himself.