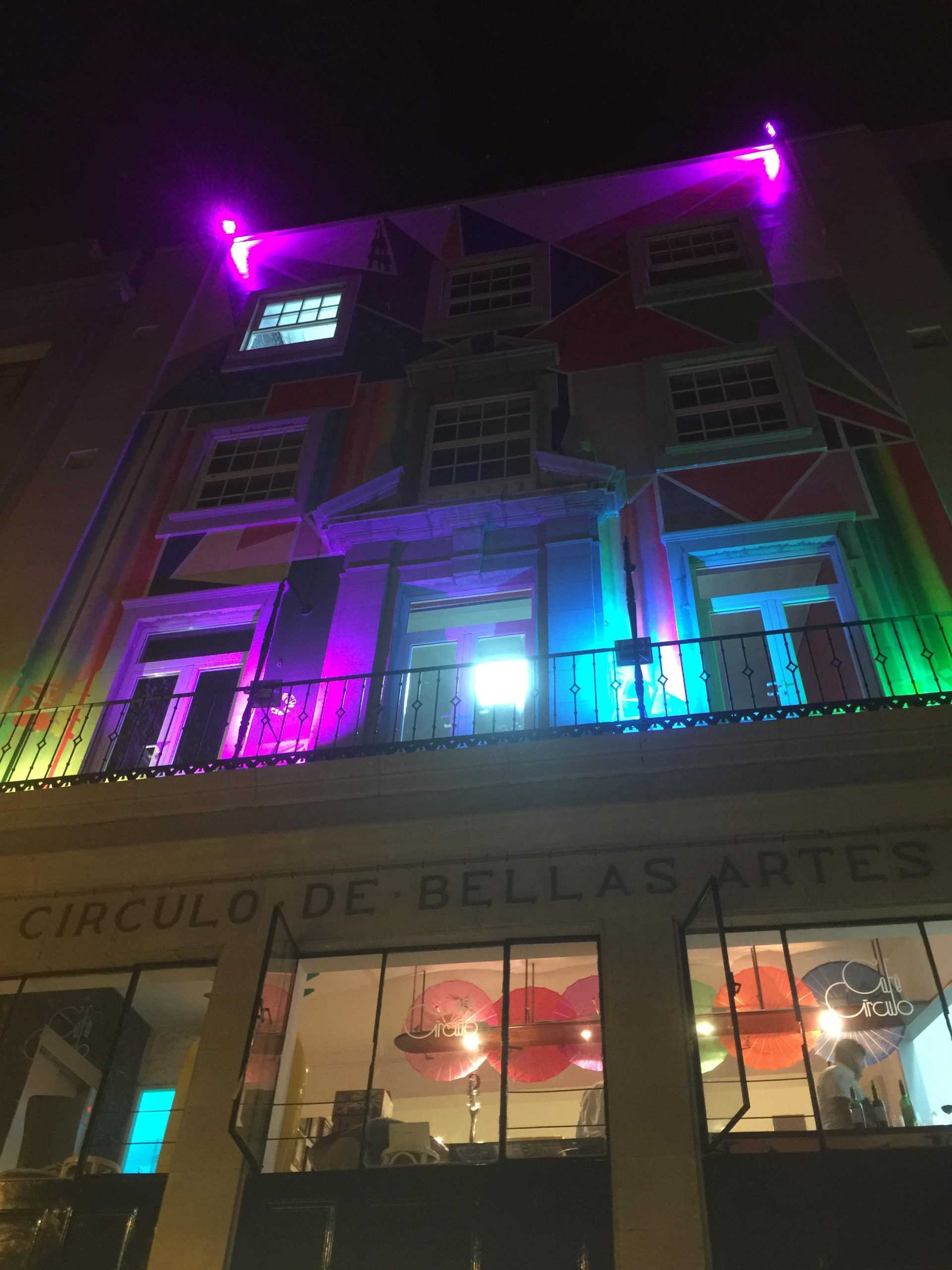 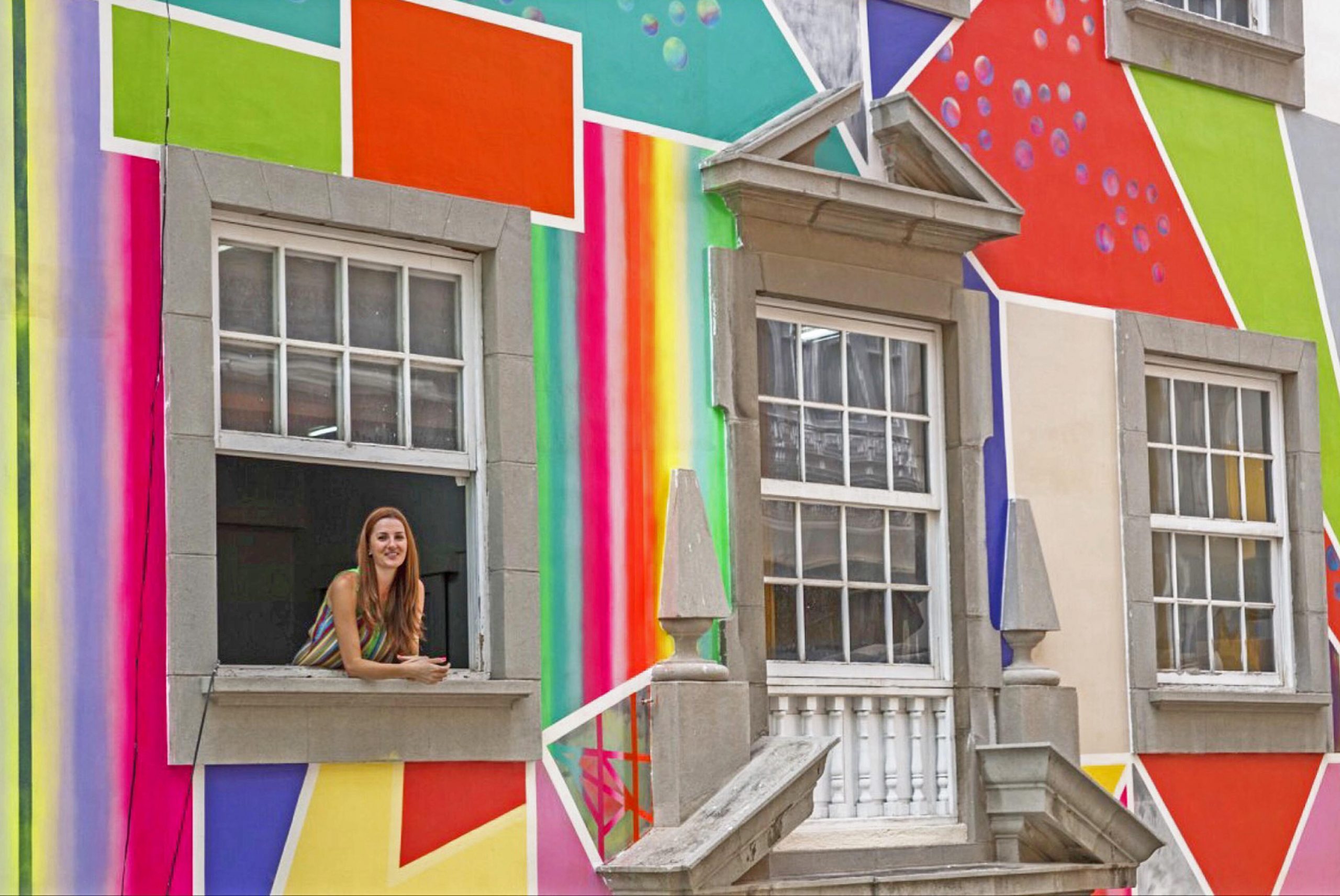 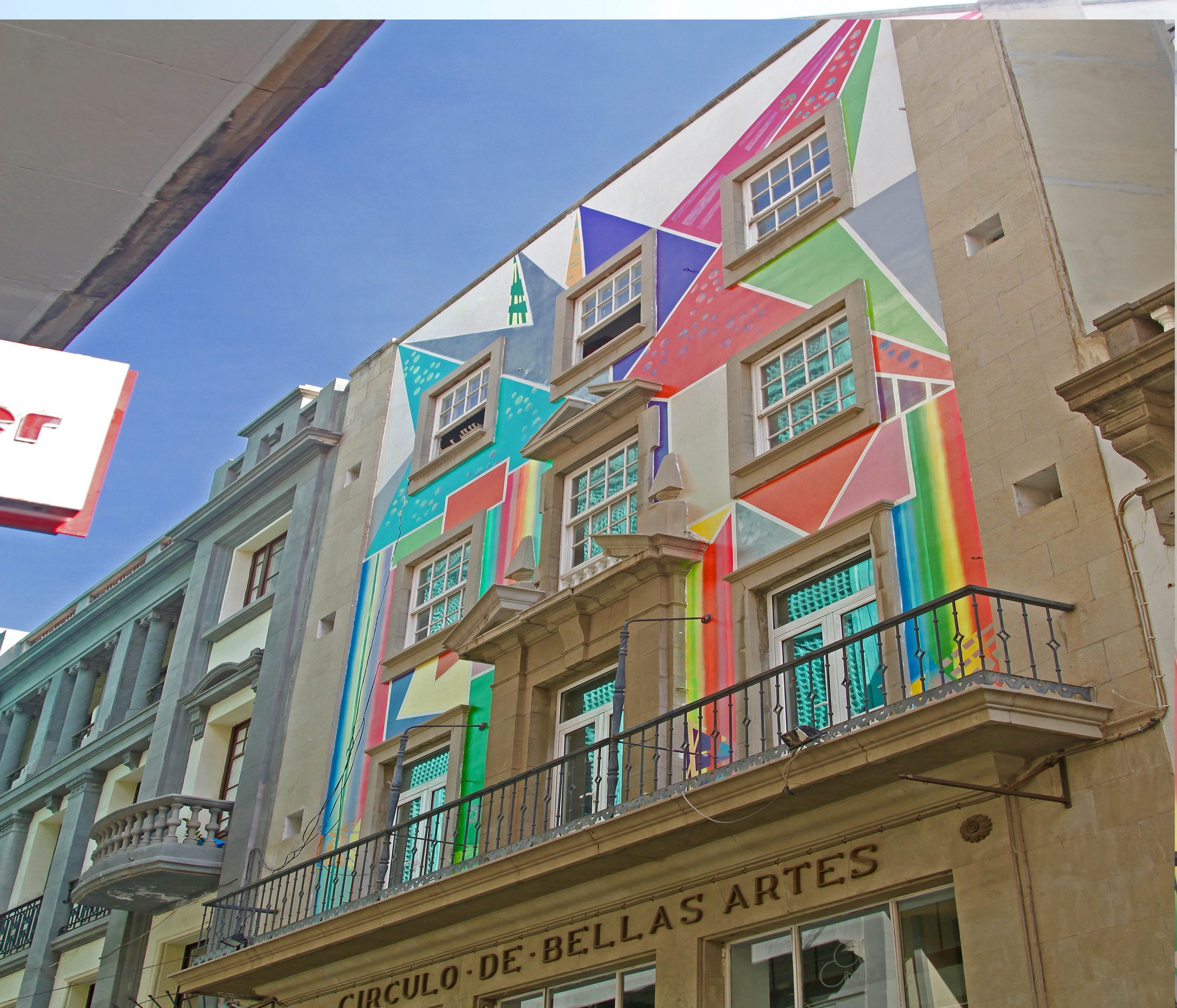 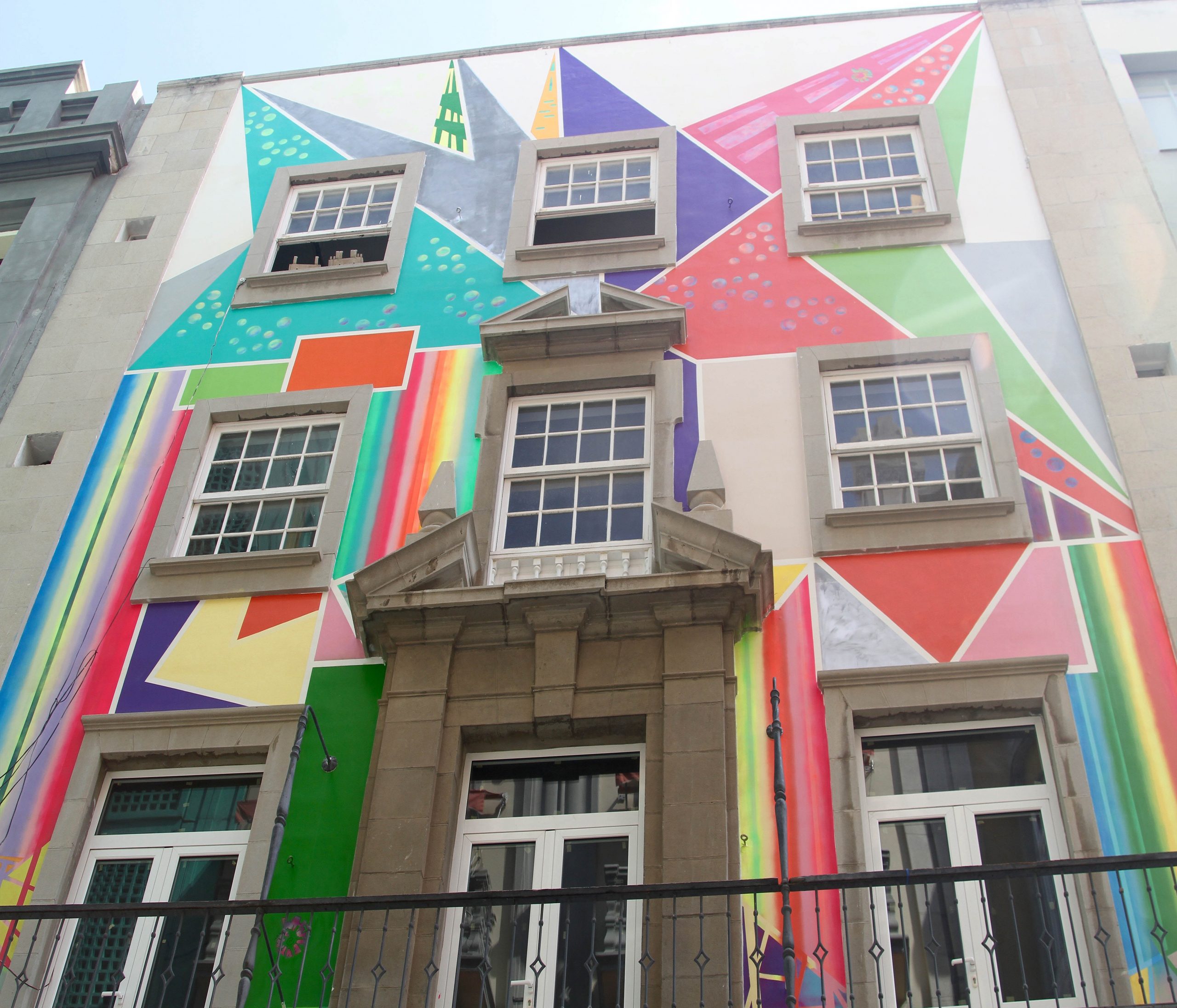 To embeautify the facade of the contemporary cultural art center, cirlculo de bellas artes in the city center of Santa Cruz of Tenerife. The building being 100 years old and designed by an estimated architect required permits and treatment. To get these permits the architectural Canary Islands commission had to be enlightened and conviced. The capital was raised adding 3 sponsors to the project. . Overall the project was created in a safe productive manner. Today pedestrians love the mural and comment on it. The wall calls people into the city center to view the current exhibits.

Shirley Wintsch created preliminary plans , renderings and budget for the colors project. A company placed the scaffold and prepared the wall for the mural and 5 days later Shirley Wintsch and her assistant finalized painting the project.

An amazing way to bright up viewers minds.