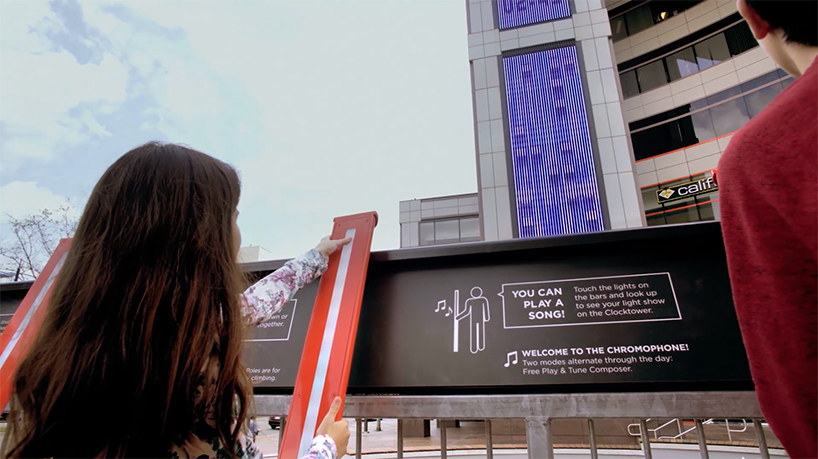 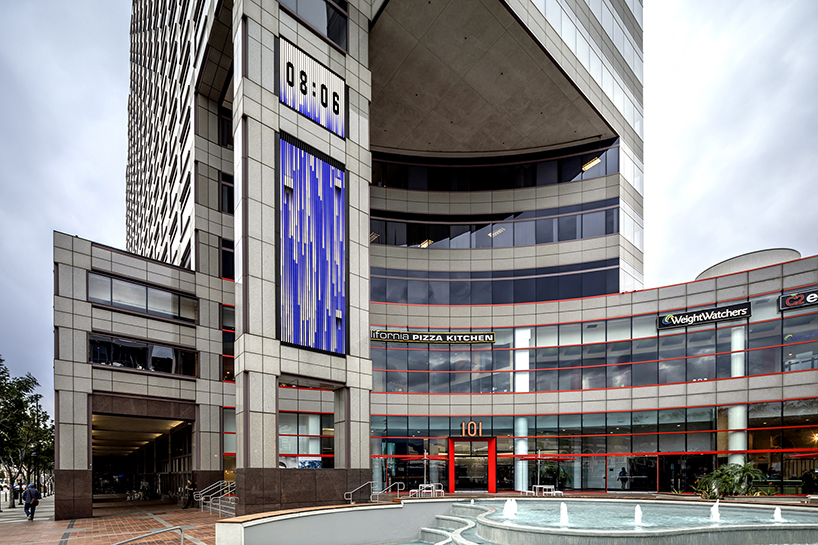 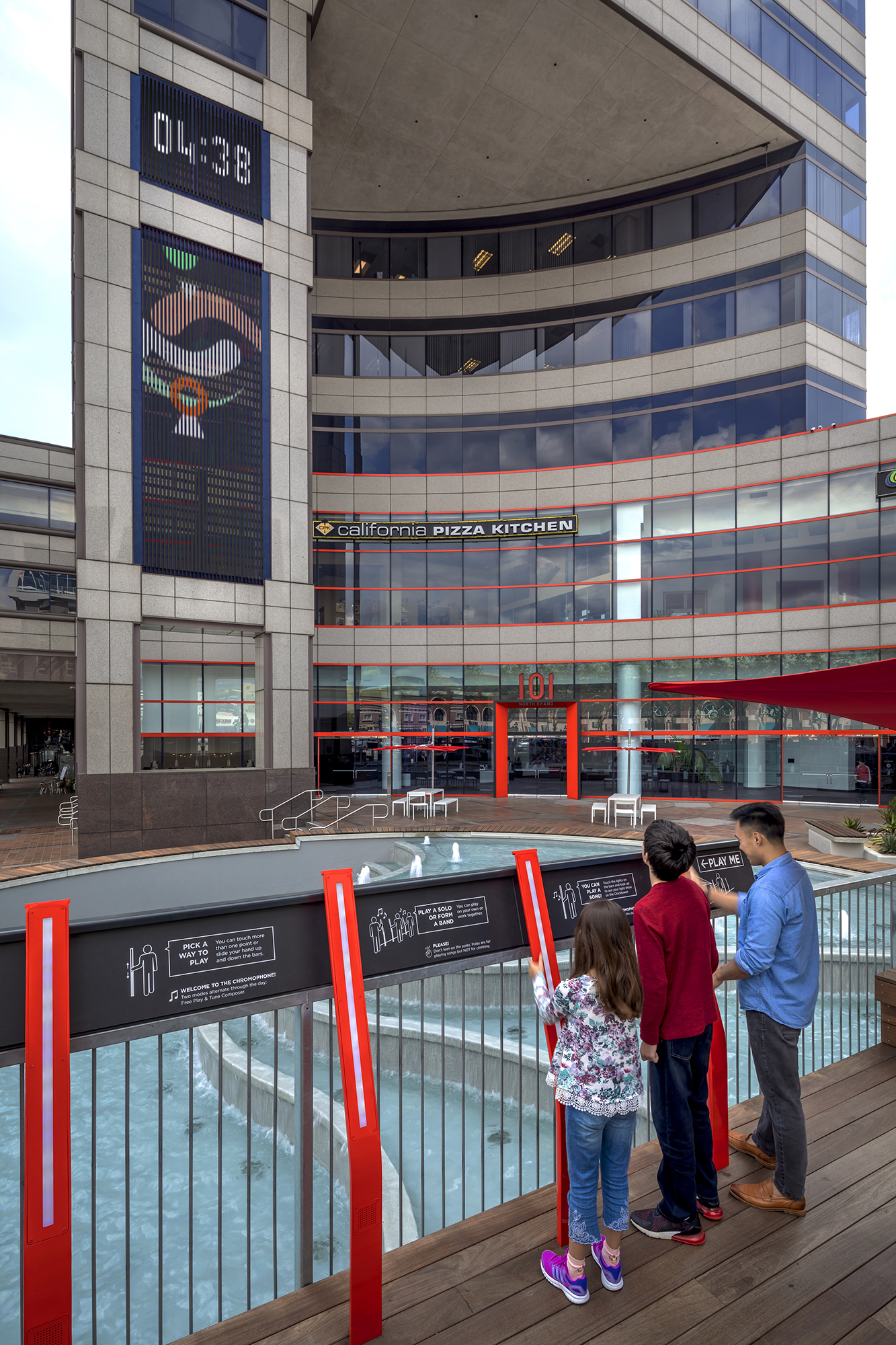 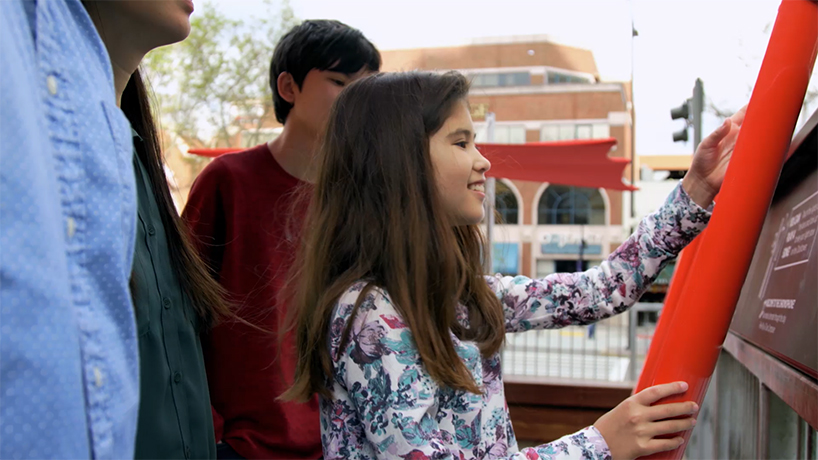 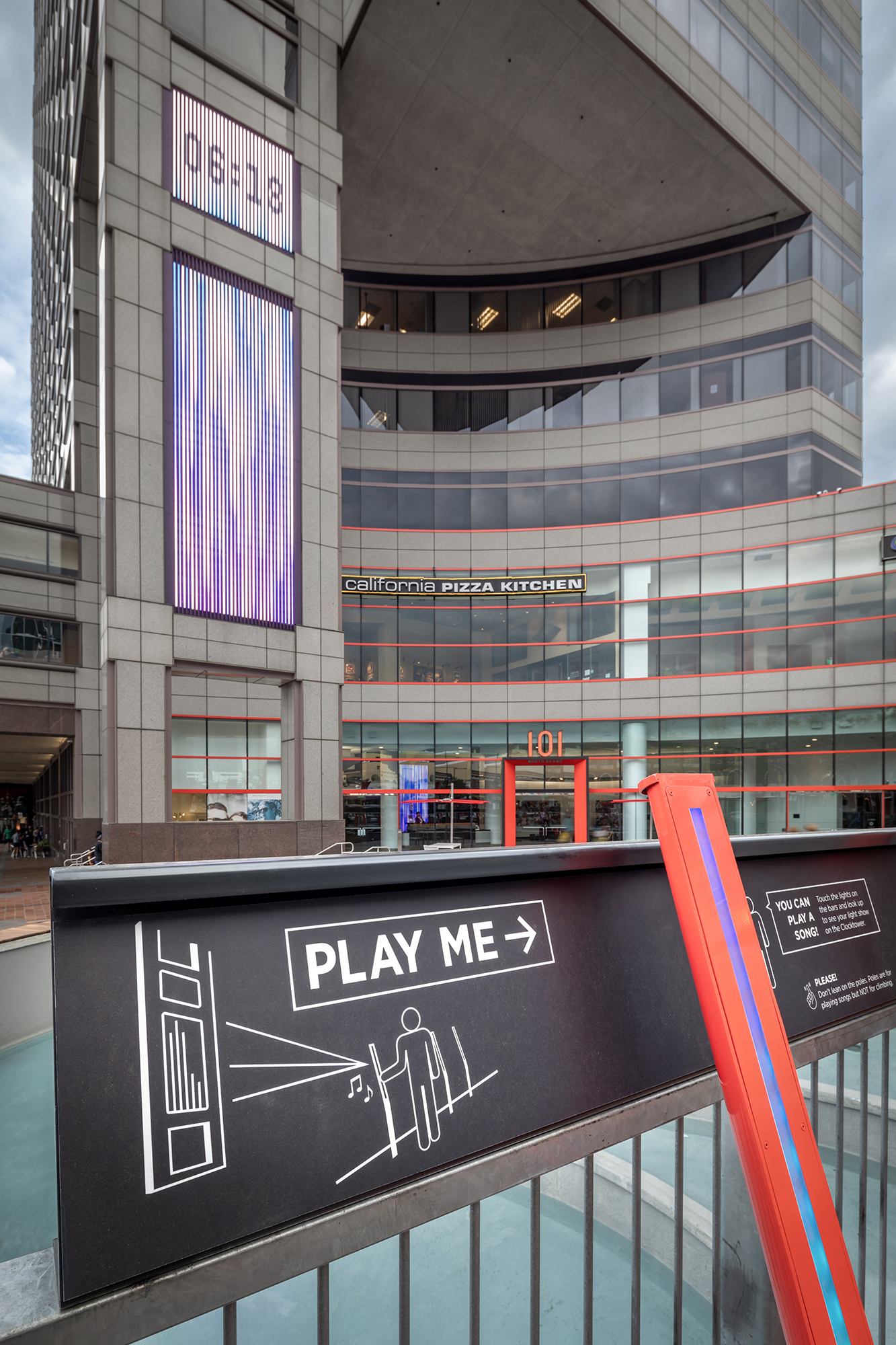 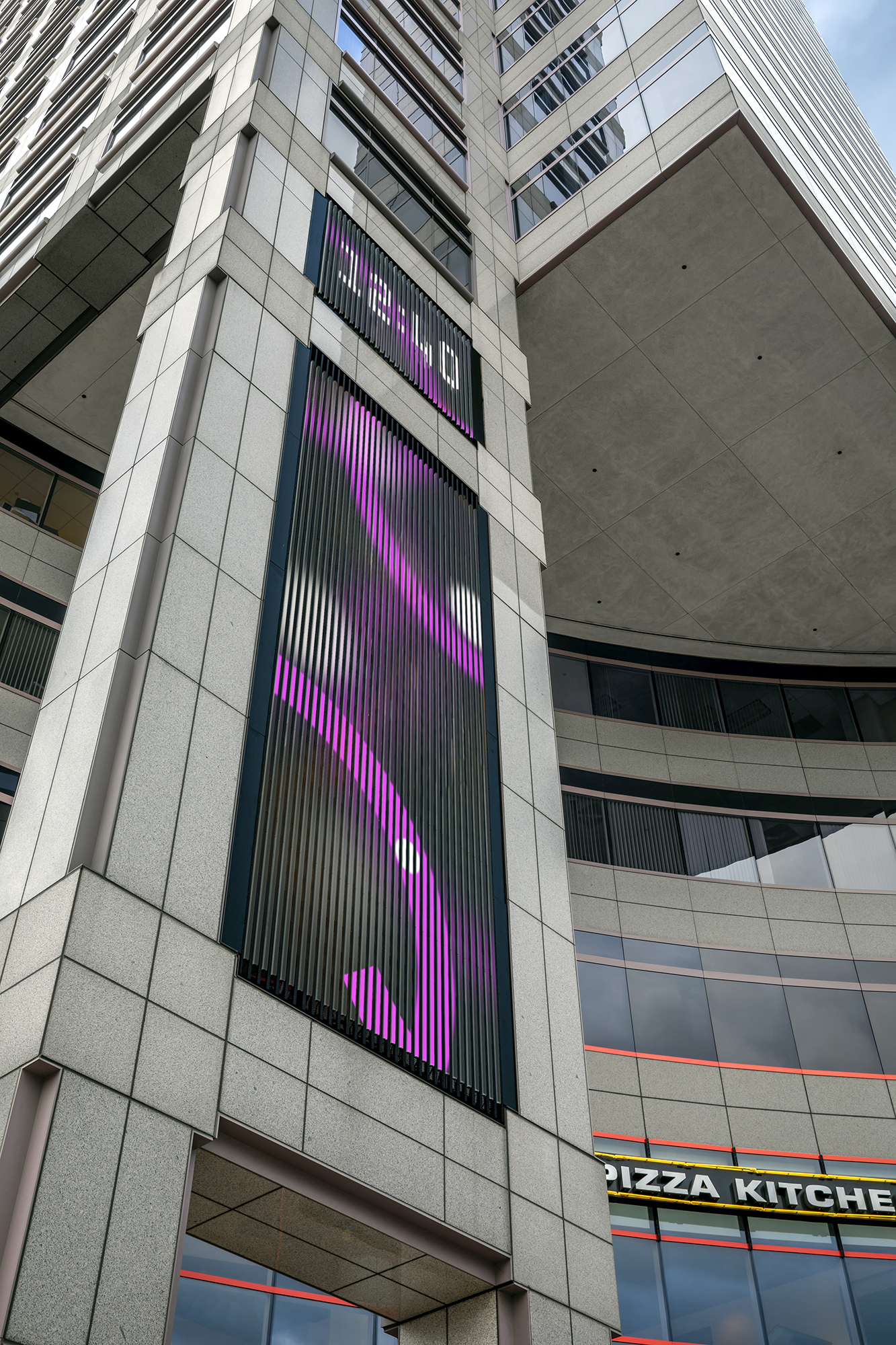 101 North Brand is a playable building in downtown Glendale, CA.

Beacon Capital Partners tasked ESI Design with activating and unifying the building’s façade, plaza, and lobby to create a more compelling sense of place and to attract the young creatives that have migrated to Glendale.

ESI Design created a modern town square with an interactive musical clocktower, called the Chromaphone. This public art installation turns the plaza into an active destination and its visitors into musicians. People can play with the Chromphone’s ‘Waterfall Sequencer’ or ‘Elemental Sampler’ to generate patterns of sound and color on the iconic digital clocktower. Every hour a chime broadcasts the plaza’s energy to the neighborhood.

The Clocktower is integrated into the architecture of the building and acts as an interactive media display. A touch-sensitive console by the fountain is an instrument that encourages collaboration to create abstract visualizations and pleasing audio effects on the Clocktower.

The public art in the plaza is a new icon for Glendale and a natural place for the community to gather.

101 North Brand is a prime location in the heart of Glendale’s downtown and leads the market in onsite and nearby amenities. The update would serve to better incorporate it into that vibrant area to attract the young creative class that has migrated to Glendale. ESI was challenged with activating and unifying the façade, plaza, and lobby to create a more compelling sense of place and stand out as a Glendale destination.

ESI developed a design approach that would position 101 North Brand as the cornerstone of the downtown. We designed a bold identity for the building and a lively exterior to raise its profile and establish it as a vital element integrated with the active Glendale location.

A sculptural media installation that runs up the corner of the building along the ladder-like column invites community and tenant engagement and positions the space as a town center. A strengthened visual identity continues through a unified façade and a prominent building ID that is visible in the monument sign. The design identity flows through to the interior with a warmer and more appealing lobby, improved wayfinding, and a media display that echoes the external media.

Media modes: 2 modes. Each mode has a version for day and for night that helps maximize the visibility. Elemental Sampler In the Elemental Sampler mode, playful elemental shapes move across the clocktower display. When you interact with the console the clocktower becomes an interactive instrument that allows you to play songs and create a visual show for people in the plaza. The five columns of the console represent five instruments that produce different sounds and unique elements on the visual display. Waterfall Sequencer In the Waterfall Sequencer mode, a pleasing waterfall of pixels falls from the clock area down across the media canvas. When you press the eight touch points on the five columns of the console you place notes on the display to create a music score and you get to hear your composition played back on a loop for a designated time. In both modes, the patterns gently fall to match the rhythm of time and culminate in a unique chime moment that marks the hour.