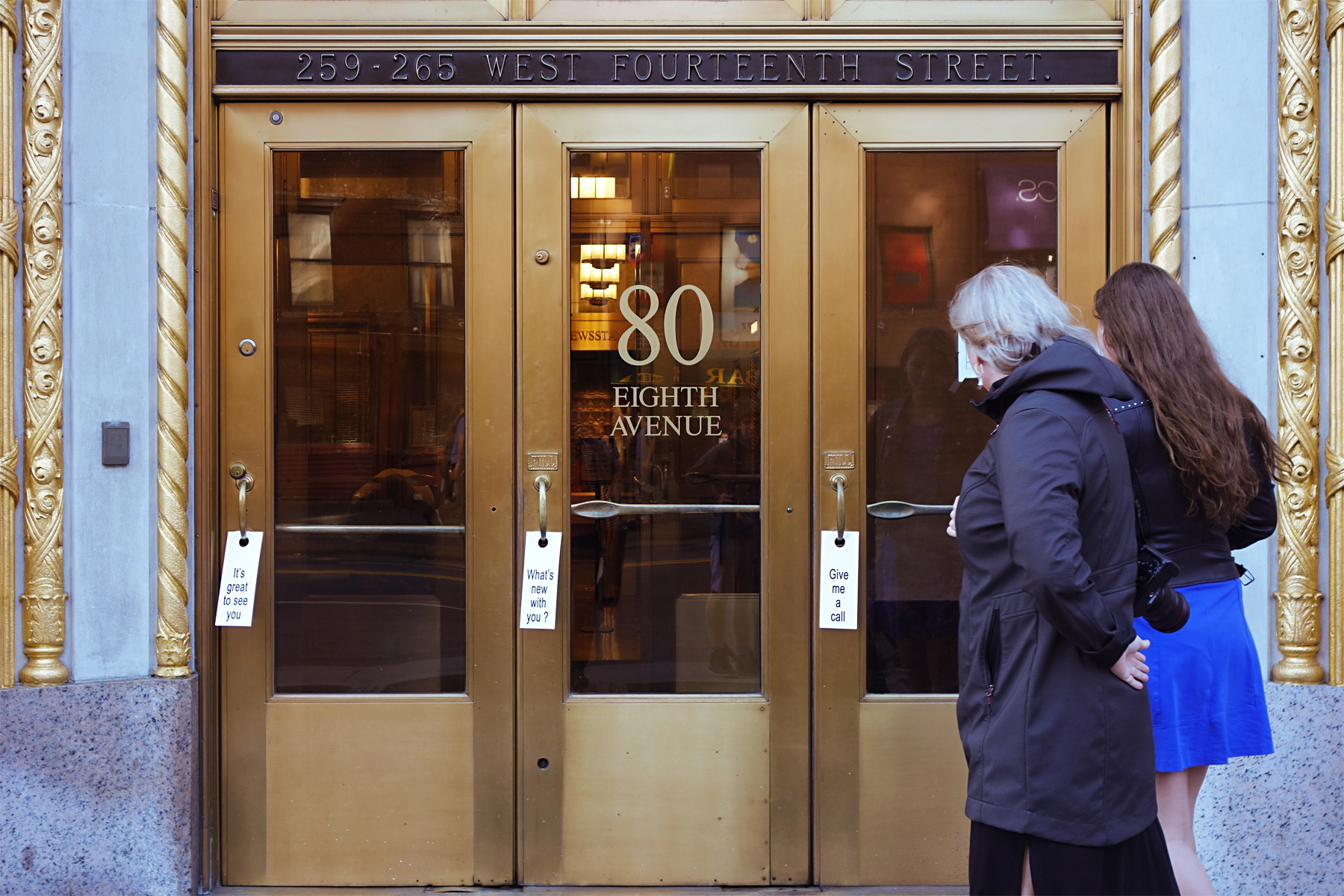 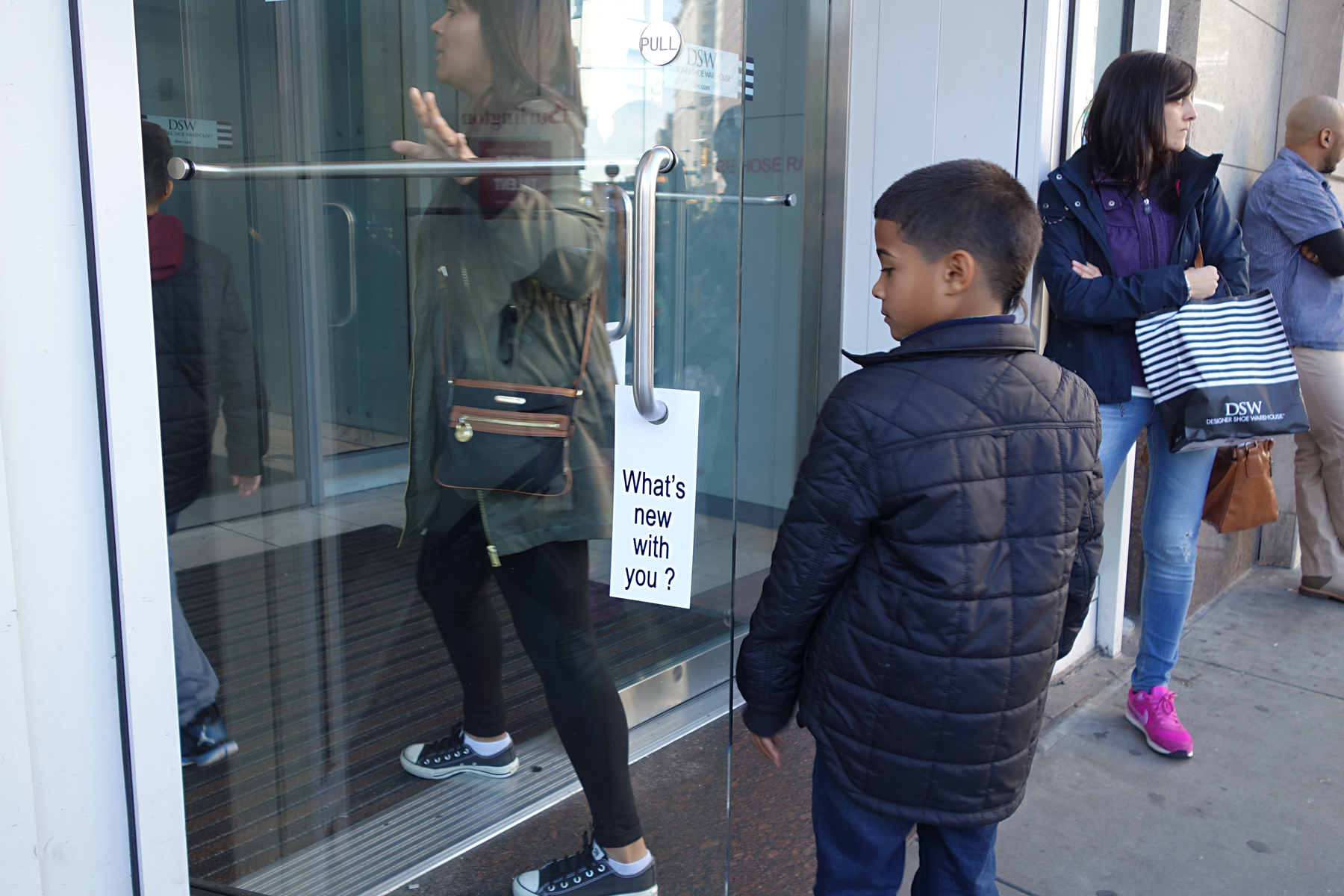 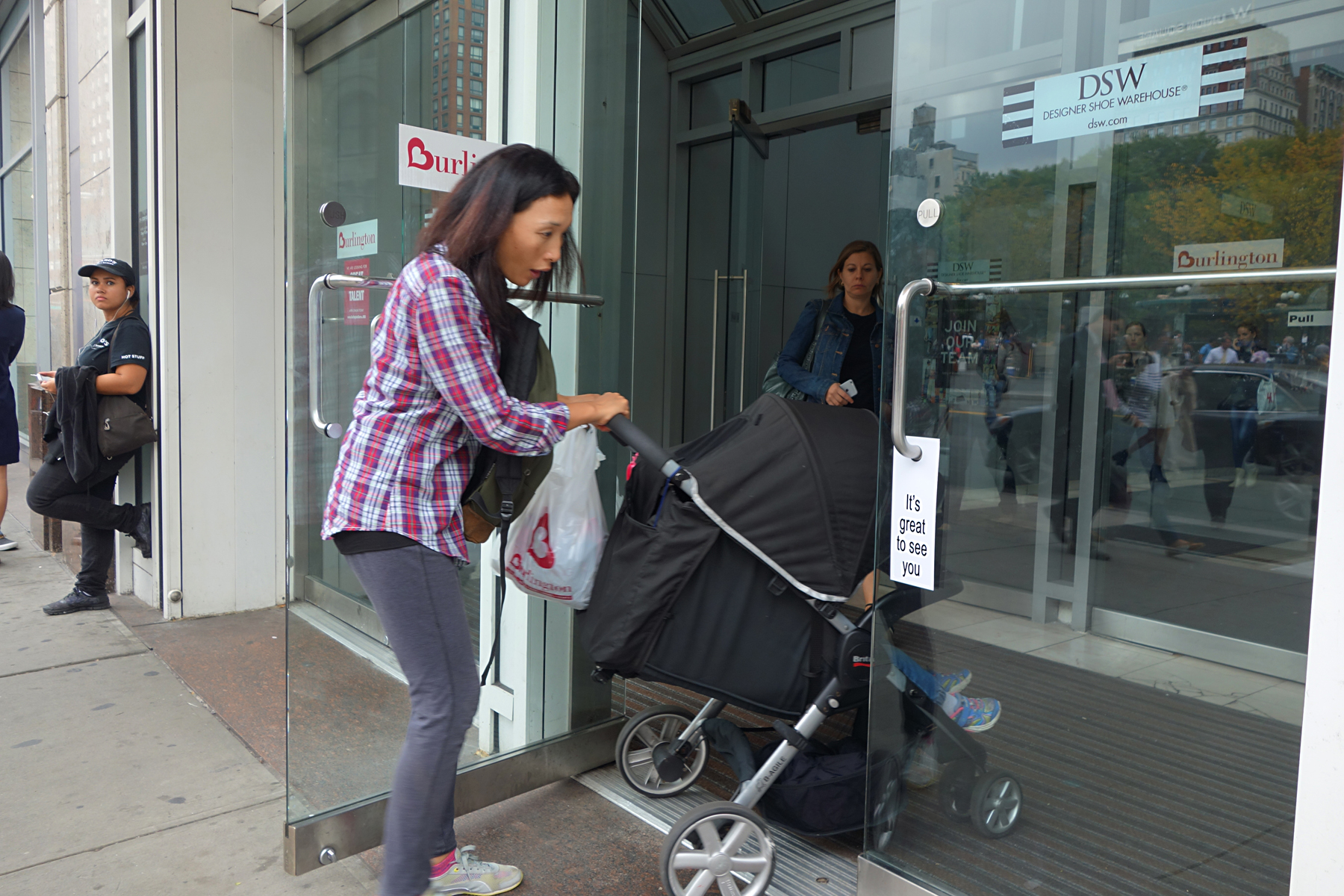 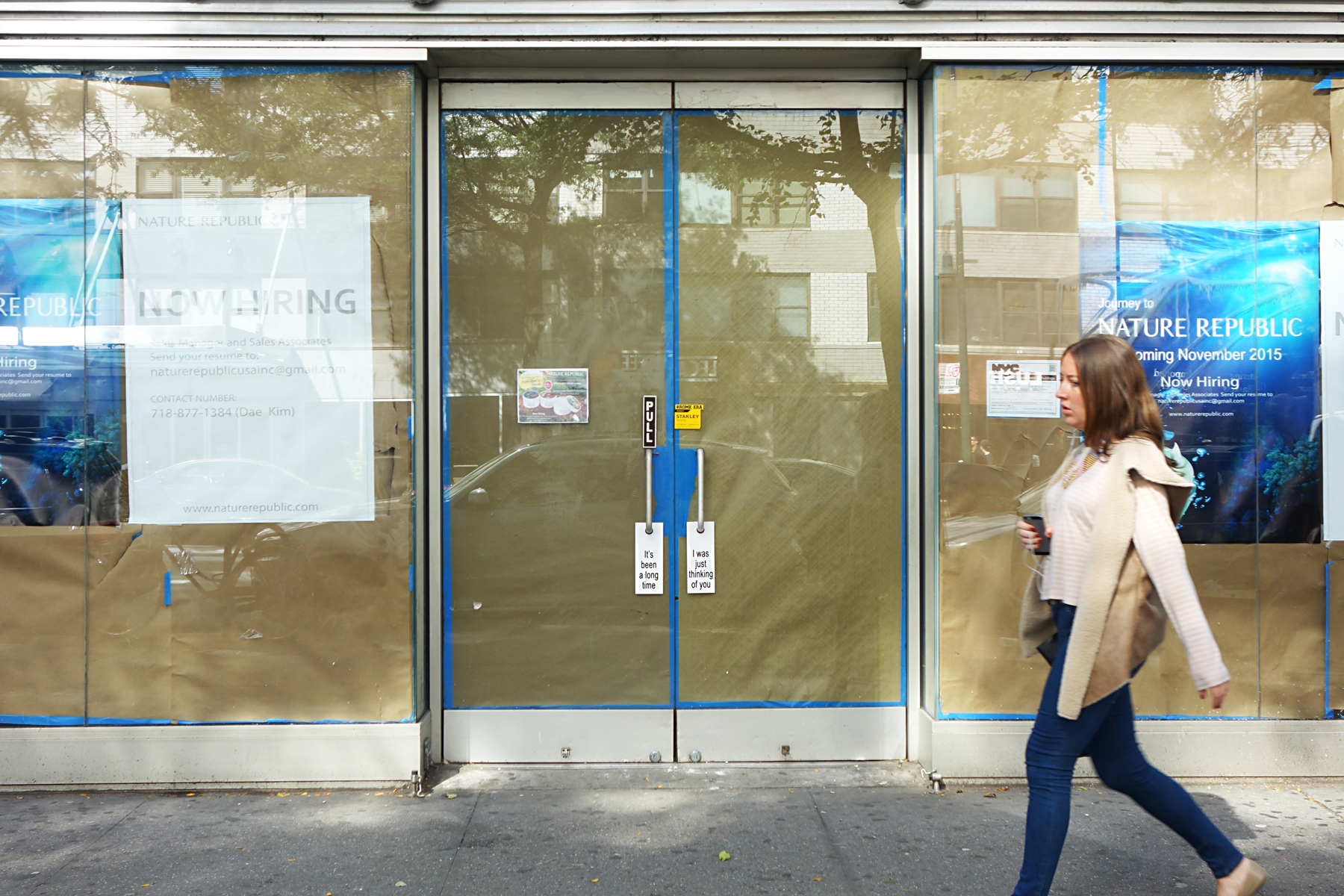 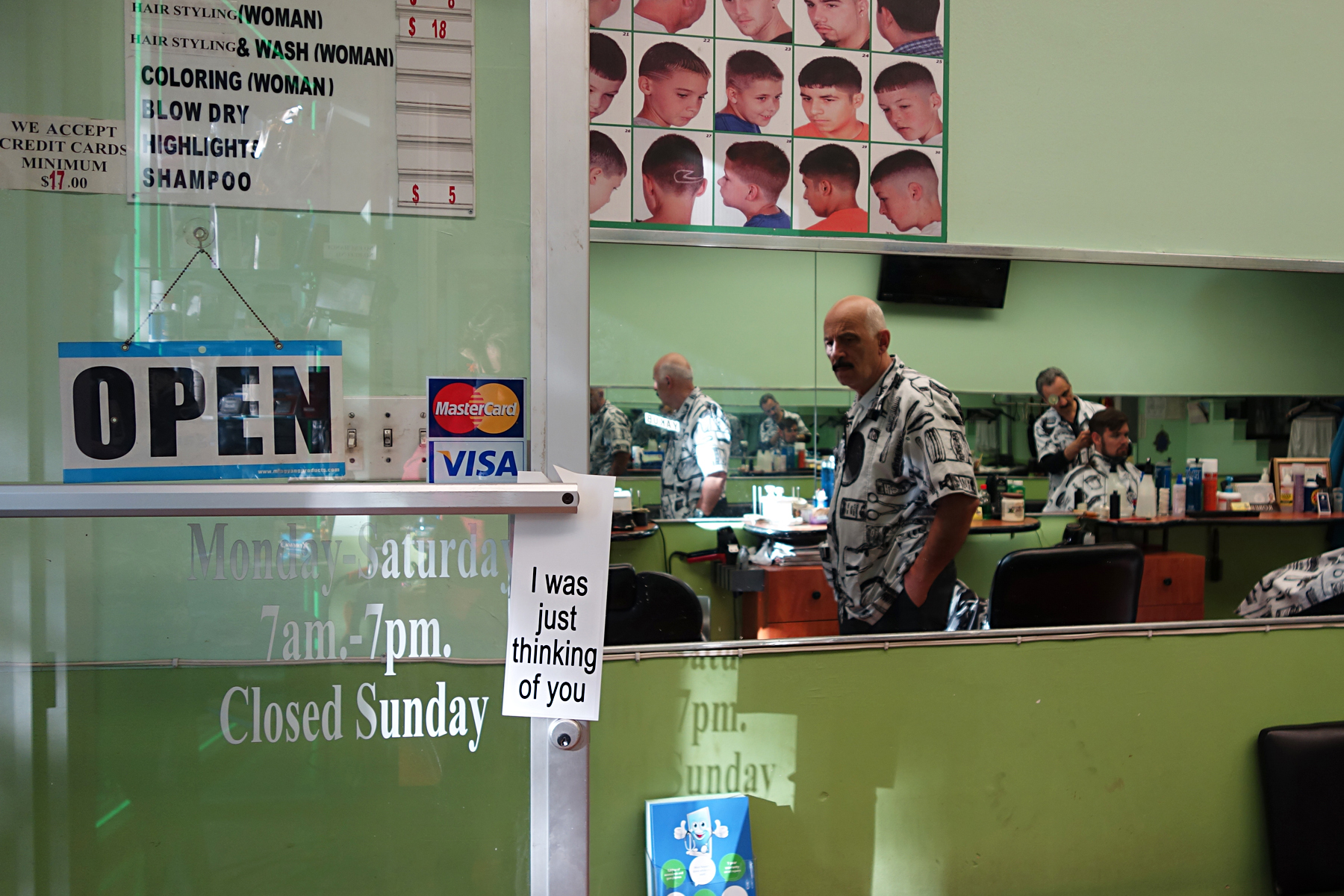 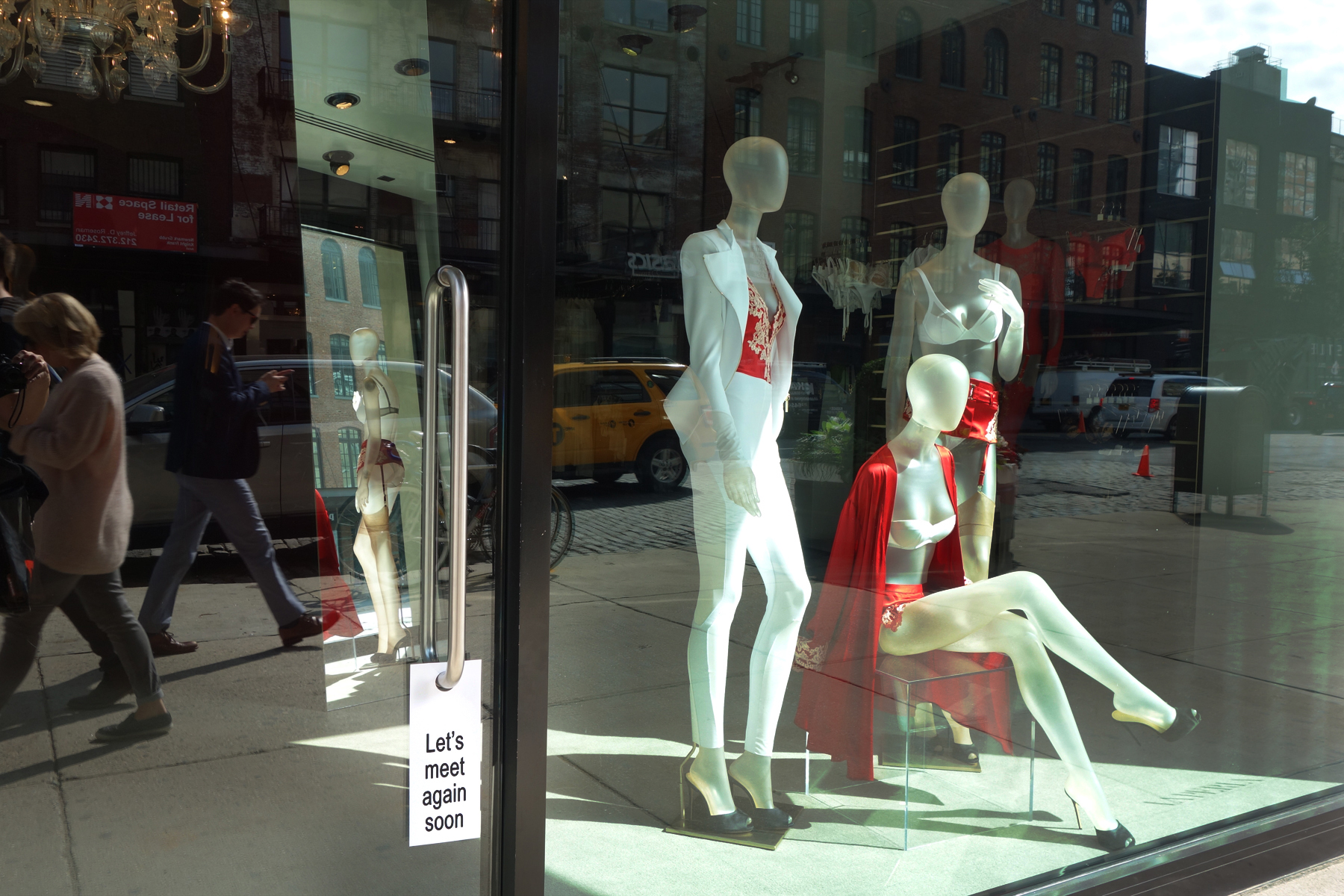 “Chance Meeting Doorknob Hangers” was a temporary installation of doorknob hangers on all the doors across 14th in New York City. White card stock 11” x 4.5” was printed in bold black with 8 statements enacting a chance meeting on the street: Is it really you? – It’s been a long time – I was just thinking of you – It’s great to see you – How have you been? – What’s new with you? – Let’s meet again soon – Give me a call. Once installed, the project became a very large artwork stretching from river to river.

The project was part of festival named Art in Odd Places held in New York City. The doorknob hangers were meant to surprise people walking down the street, as if someone behind the door were calling out to them. They were also a small piece of art that was meant to be taken by the public. This project was installed across 14th street from river to river on three separate days with a total of 1500 pieces. After each there was no need to de-install since the public took all the doorknob hangers.

This work came about through an open call and was not commissioned and there was no collaboration.

On the back of the doorknob hangers was information inviting the public to take a photo and post it with a hashtag so that their image would join others in the project.