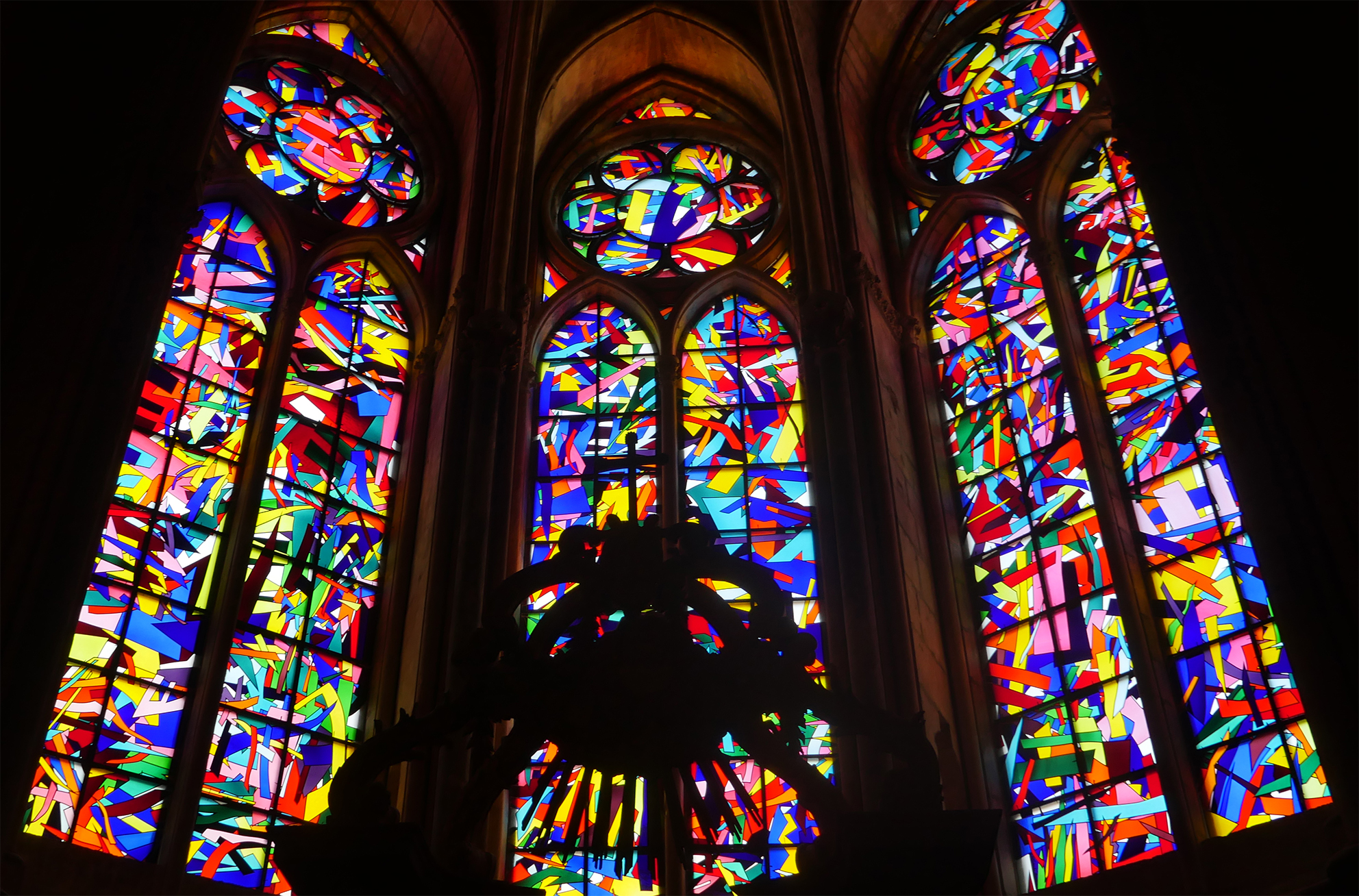 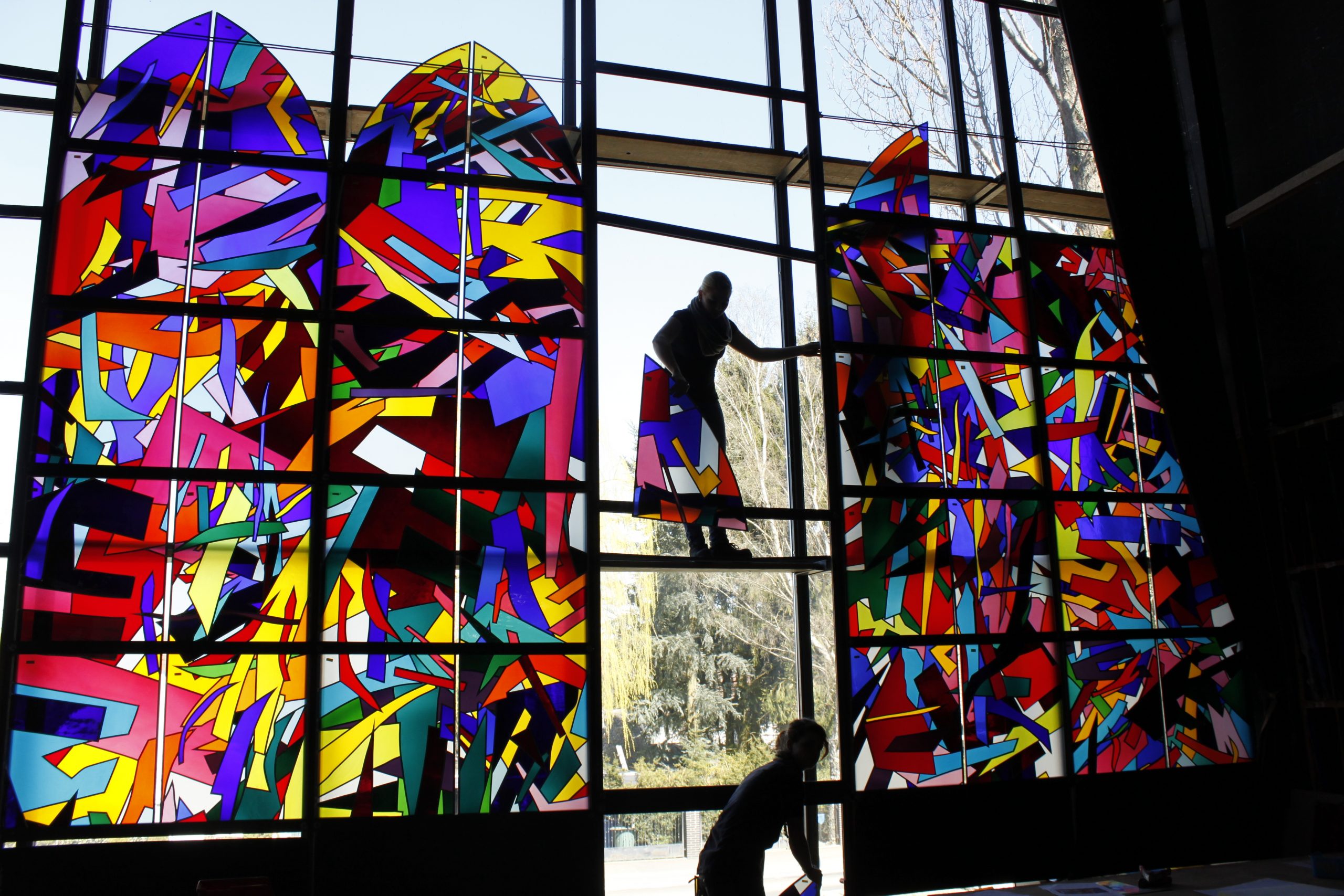 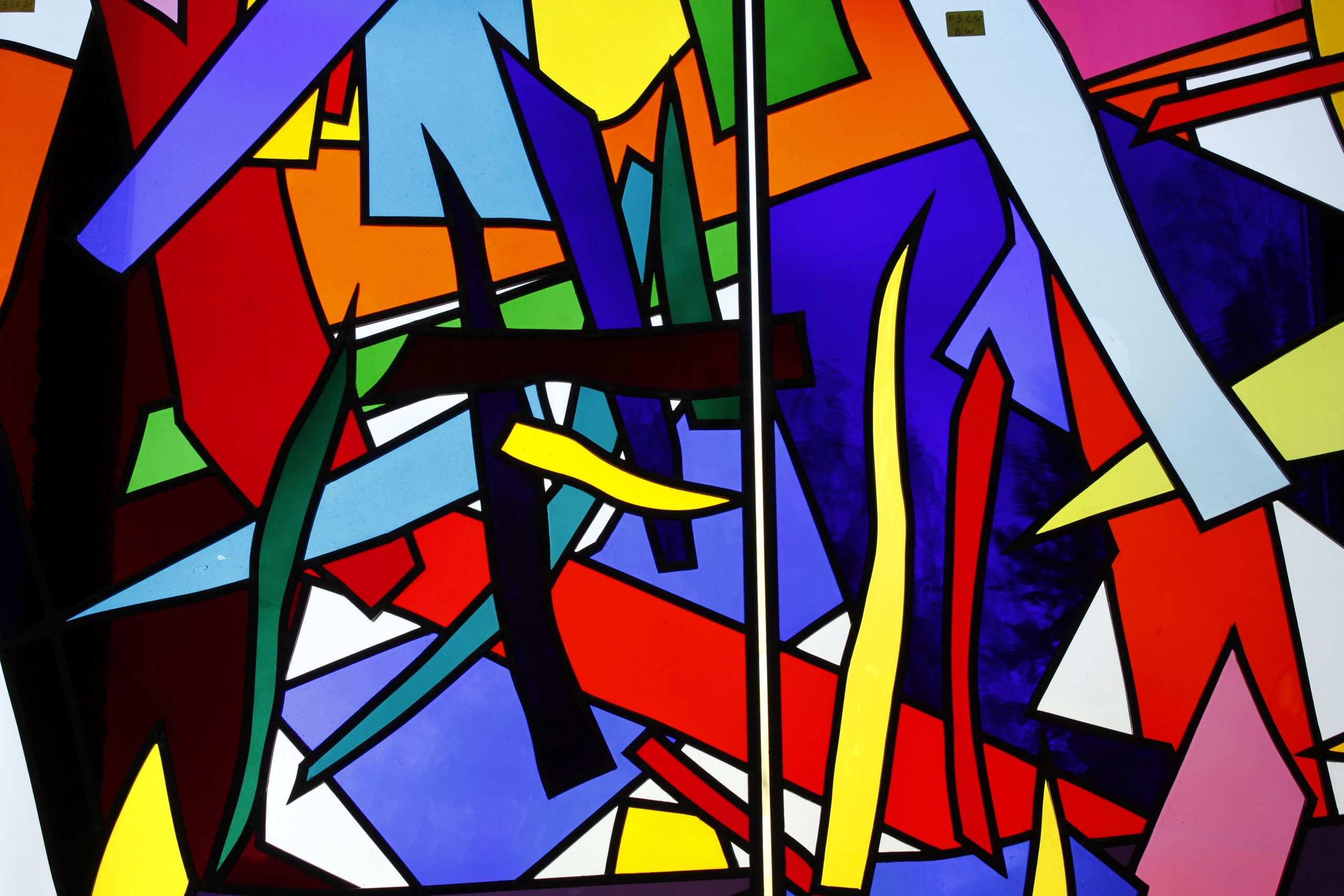 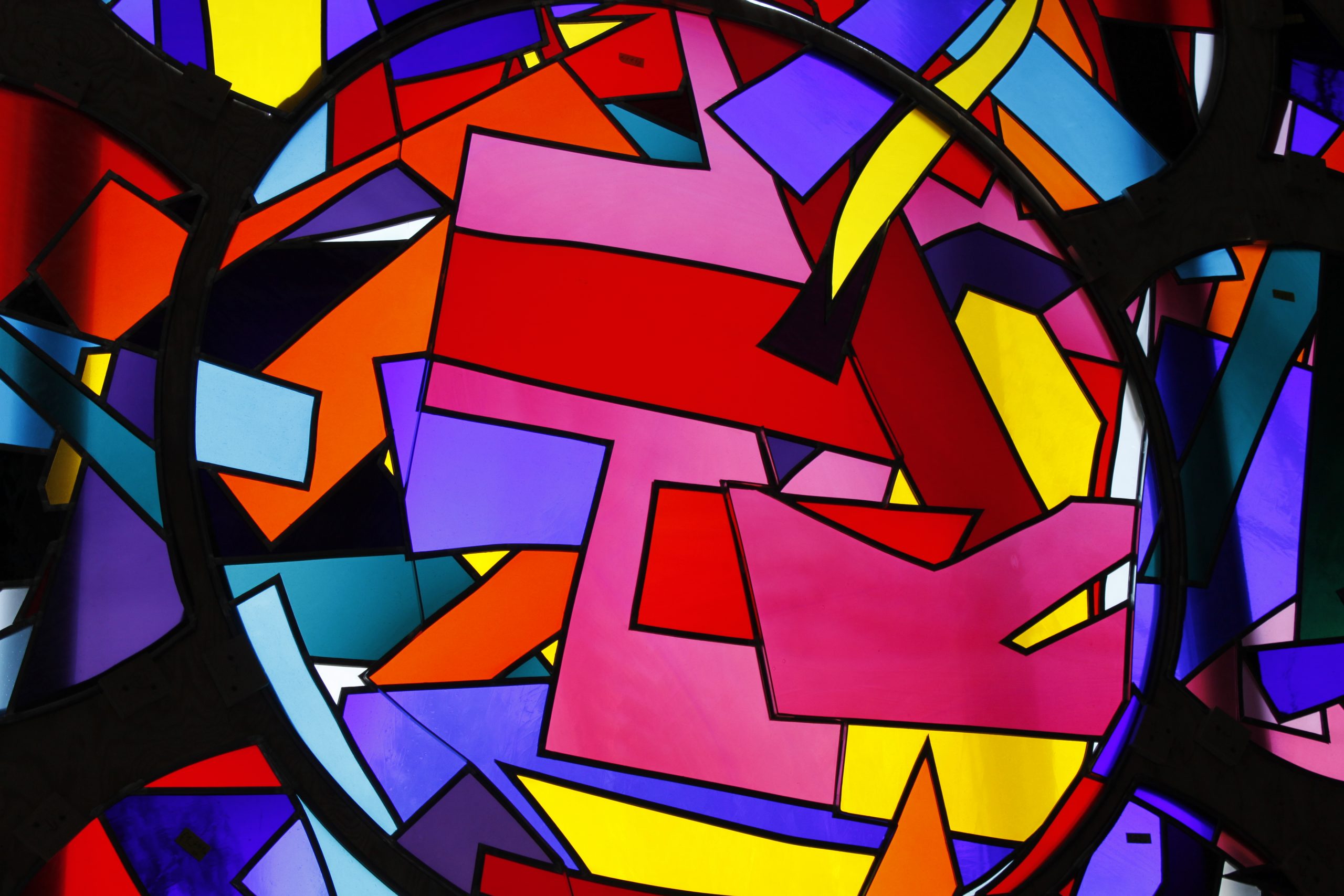 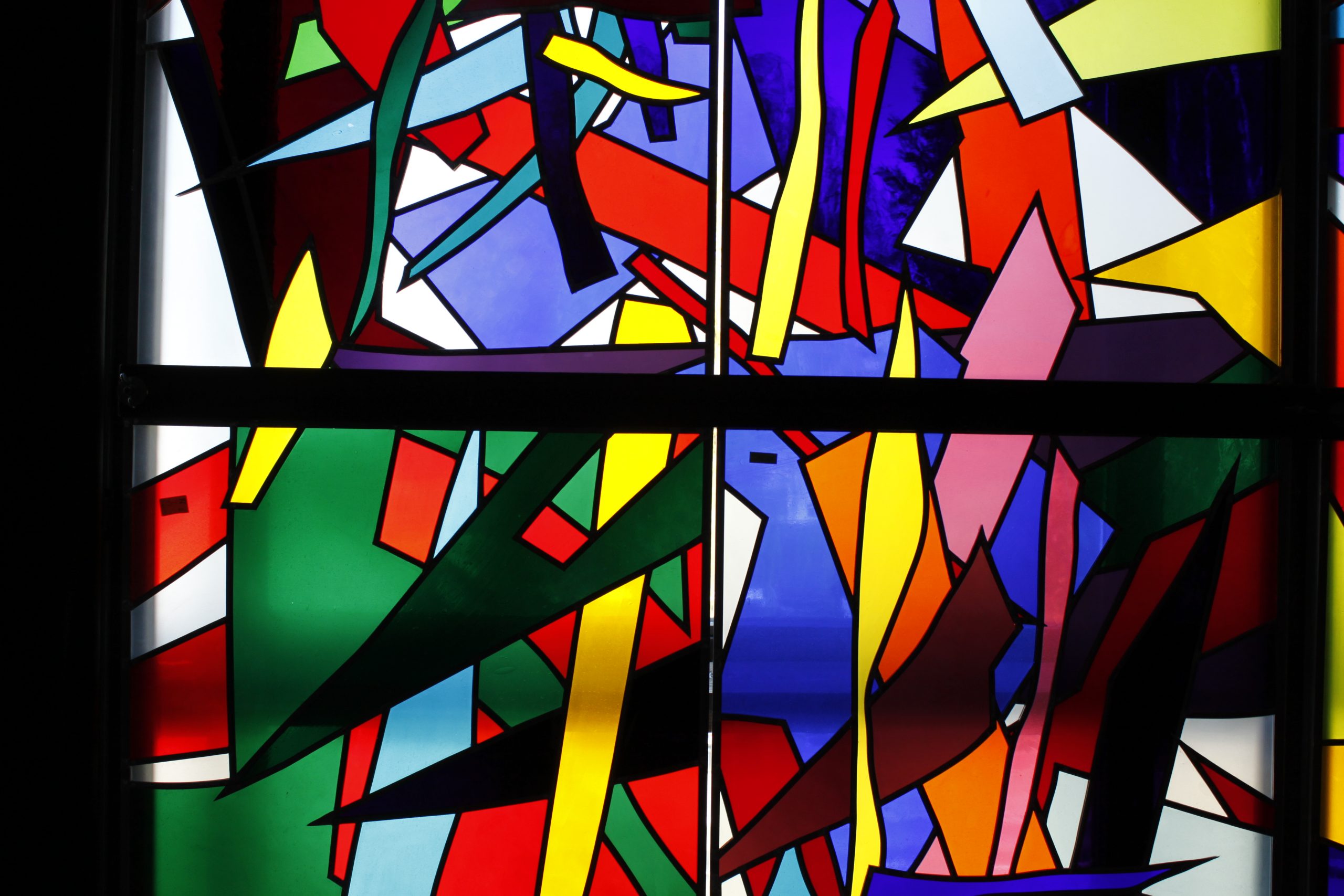 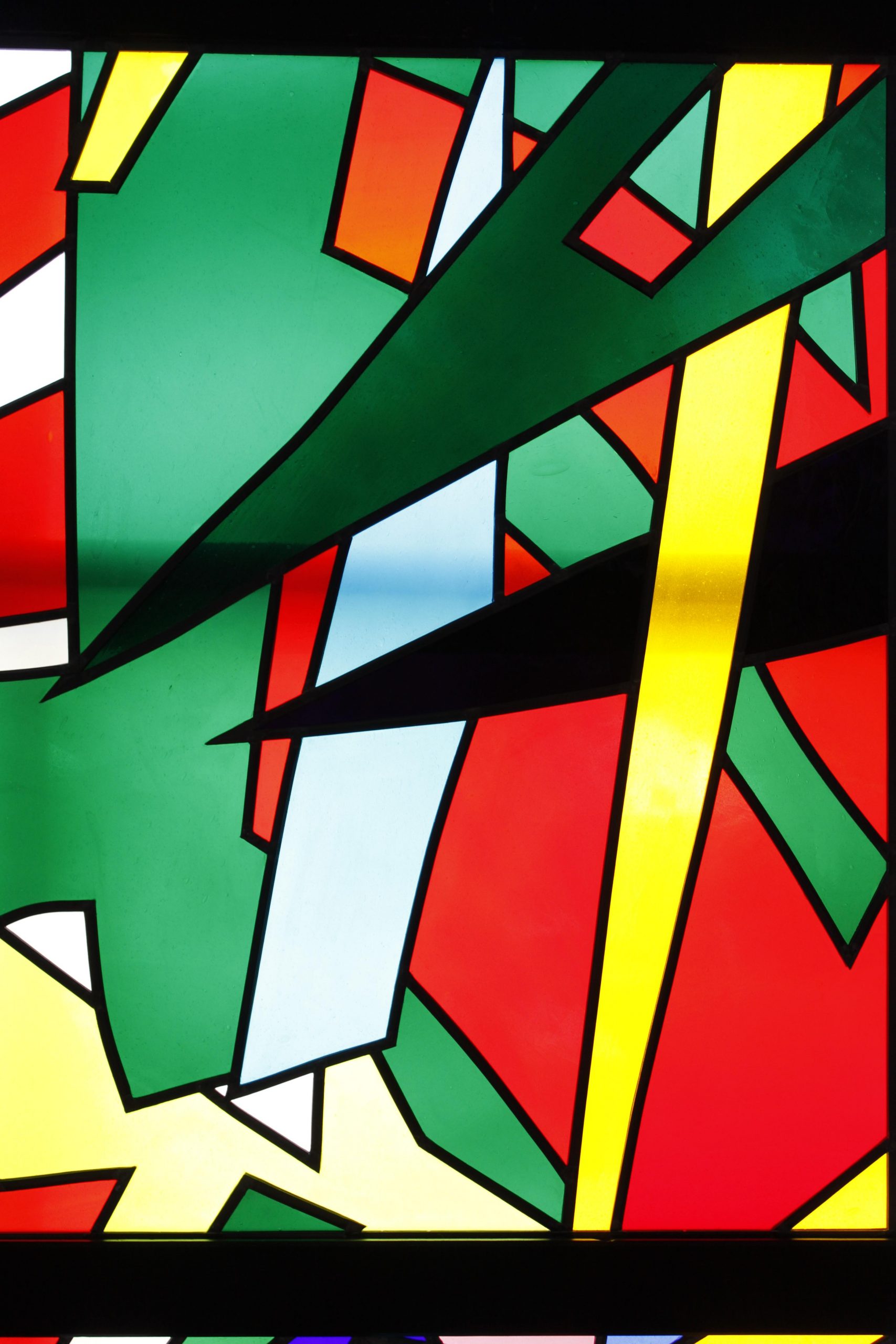 The German/French friendship was re-ignited after WWII in the Cathedral of Reims with a mass service. “Healing old wounds and joining forces to create something new – that is the goal of and the motivation behind Franco-German reconciliation,” German Foreign Minister Steinmeier stressed. In Reims, he joined his French counterpart Laurent Fabius to inaugurate a special work of art at the cathedral: three stained glass windows designed by German artist Imi Knoebel covering a total area of 64 square metres. Steinmeier emphasised: “The new quality of Franco‑German friendship is reflected in the light from the windows.”

According to Foreign Minister Steinmeier, the new stained glass windows are intended to help heal old wartime wounds: “One hundred years ago German troops ravaged this church, with its inestimable value for France and the world, in a fit of nationalistic rage.” A German artillery attack during the First World War caused serious damage to the roof structure. The historically important mediaeval stained glass windows were also destroyed. In his address, Foreign Minister Steinmeier was quite clear: “In their war mania the Germans even believed that God was on their side. Yet whoever has seen the wounds inflicted on this cathedral, as you, the citizens of Reims , have, is irrevocably convinced that war can never be holy. Only peace can be so.” Over the past decades various artists, including Marc Chagall and Imi Knoebel, have designed new windows for Reims Cathedral. Now, around one million people come to Reims each year to visit the cathedral.

Reims Cathedral, which was severely damaged by German shellfire, is one of the most architecturally and historically important cathedrals in Europe. It is a UNESCO World Cultural Heritage site and for centuries was used for the coronation of French kings. Referring to the destruction inflicted on the cathedral by German attacks during the war, Foreign Minister Steinmeier explained, “Thanks to the great initiative of the artist Imi Knoebel, we can now erase a scar.” Last year Imi Knoebel himself proposed redesigning the last remaining temporary windows in the Jeanne D’Arc chapel as a gift to the French Republic. Knoebel explained that it was his desire and an honour for him also to redesign the last three cathedral windows. He declined to accept payment for the project, and the Federal Foreign Office of Germany shouldered most of the remaining costs. The North Rhine‑Westphalian Art Foundation provided additional funding and was responsible for project management. The artist Imi Knoebel is one of the world’s most important contemporary artists and has made an outstanding contribution to the development of abstract art. In 2011 Knoebel designed six abstract stained glass works for the choir of Reims Cathedral at the invitation of the French Government.

Following the inauguration of the windows, Steinmeier and Knoebel were made honorary citizens of Reims. Steinmeier expressed delight that “another piece of Franco‑German friendship” had been incorporated into Reims Cathedral. "I feel that today in my heart I personally have also become a little more French ... And indeed I have: now it’s official! I am grateful and moved to receive honorary citizenship of your proud city!" The two Foreign Ministers met for political talks on current international issues and bilateral topics. Steinmeier emphasized the closeness of Franco‑German cooperation, “With no other partner do we liaise more...”