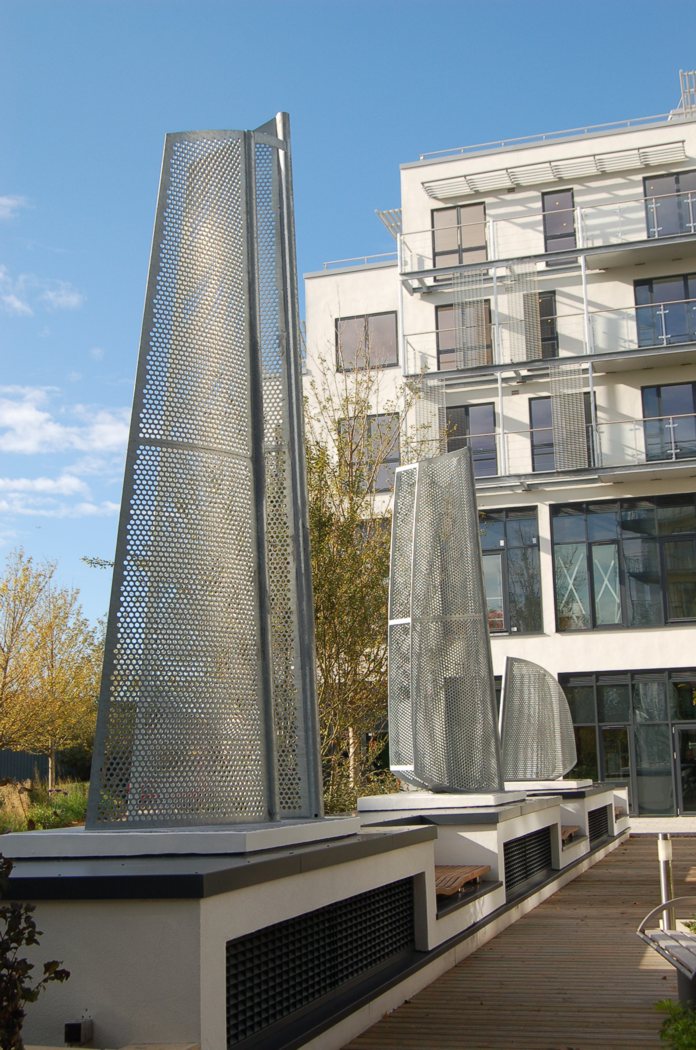 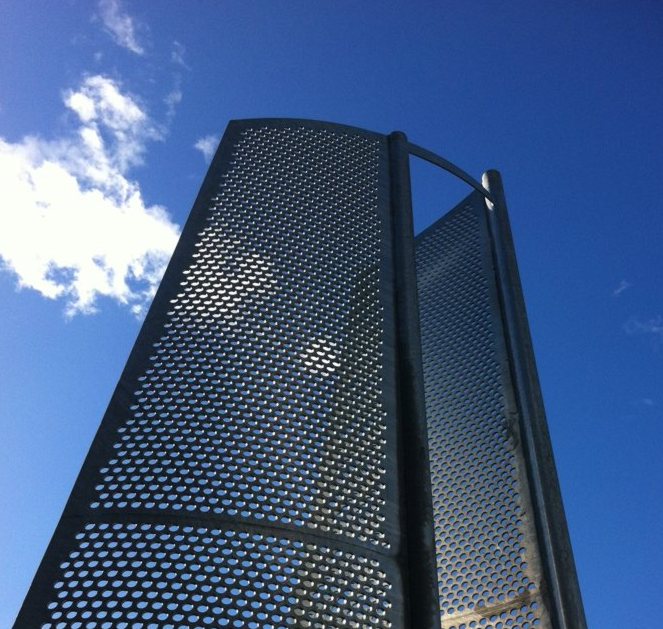 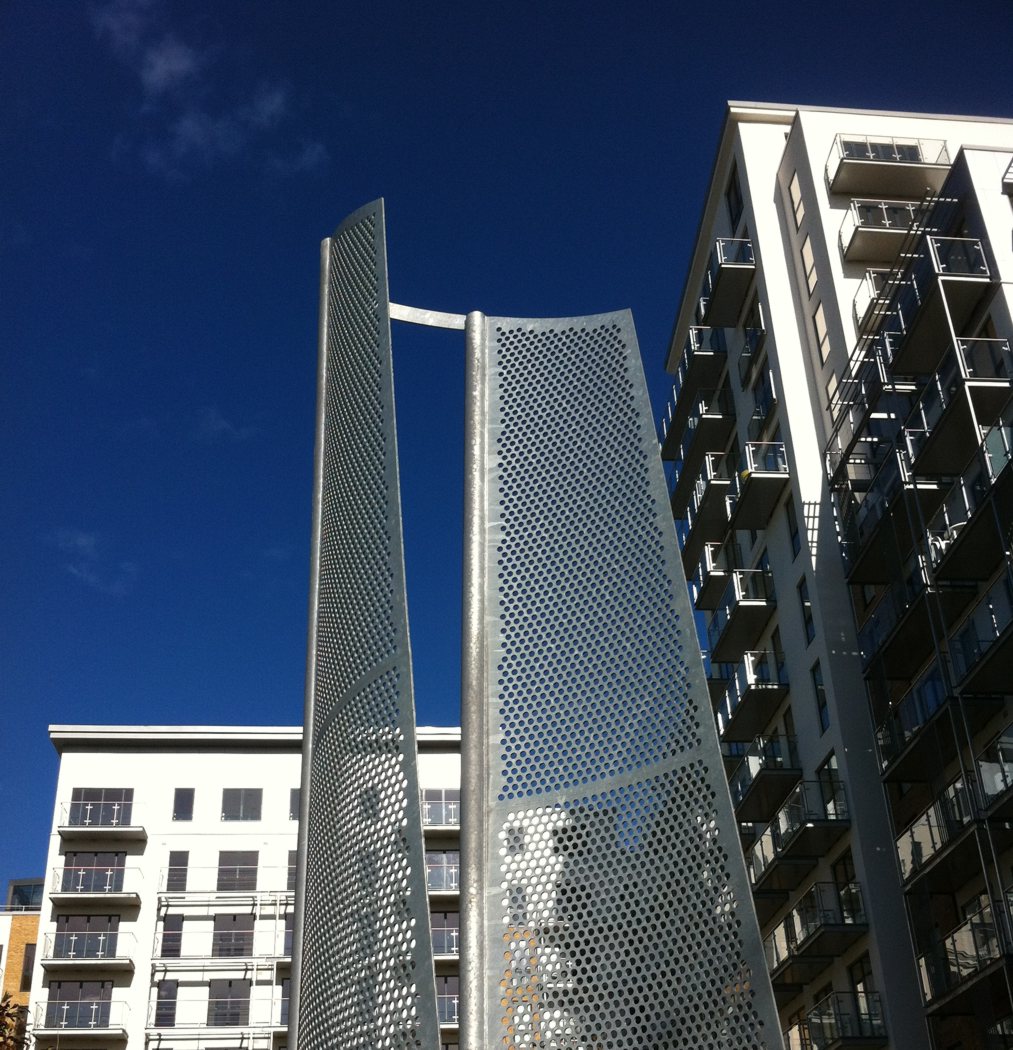 Commissioned by the Berkeley Group for the Caspian Wharf development, on the banks of the Limehouse cut in E. London.
The forms of the sculpture relates to the sail form of the Thames Wherries, cargo loaders which used to ply the Regents Canal and Thames and to ongoing formal experiments in Archer’s sculpture. These forms relate the sculptures to the site and history of Limehouse and the romance of the name Caspian Wharf and its associations with distant seas, shipping and travel. The sculptures range from 4 to 5 metres in height.

The sail forms are fabricated in metal plate, into which 20,000 holes were pierced by programmed water jet. The perforations make the sculpture permeable, so it is both a solid form but is semi transparent, allowing views through it of the building and canal beyond, and also allowing views of the buildings from outside the site.

Design was agreed with the commissioners and architects. The perforated metal sheet is industrial and so related to the history of the site, but its forms of the sail are highly contemporary and its angled diagonal edges make a contrast with the strong verticality and horizontality of the building. The work is galvanised, referring it to the industrial heritage of the location and protecting the steel from the elements.

The perforated metal forms when used like this in adjacent planes, create a very interesting visual effect called the Moire effect. This is derived from its use in silk, where it creates an active rippling ‘watered’ pattern. This active pattern runs across the surface of the sculpture as viewers walk around it, echoing the ripples and play of light in the water of the canal.