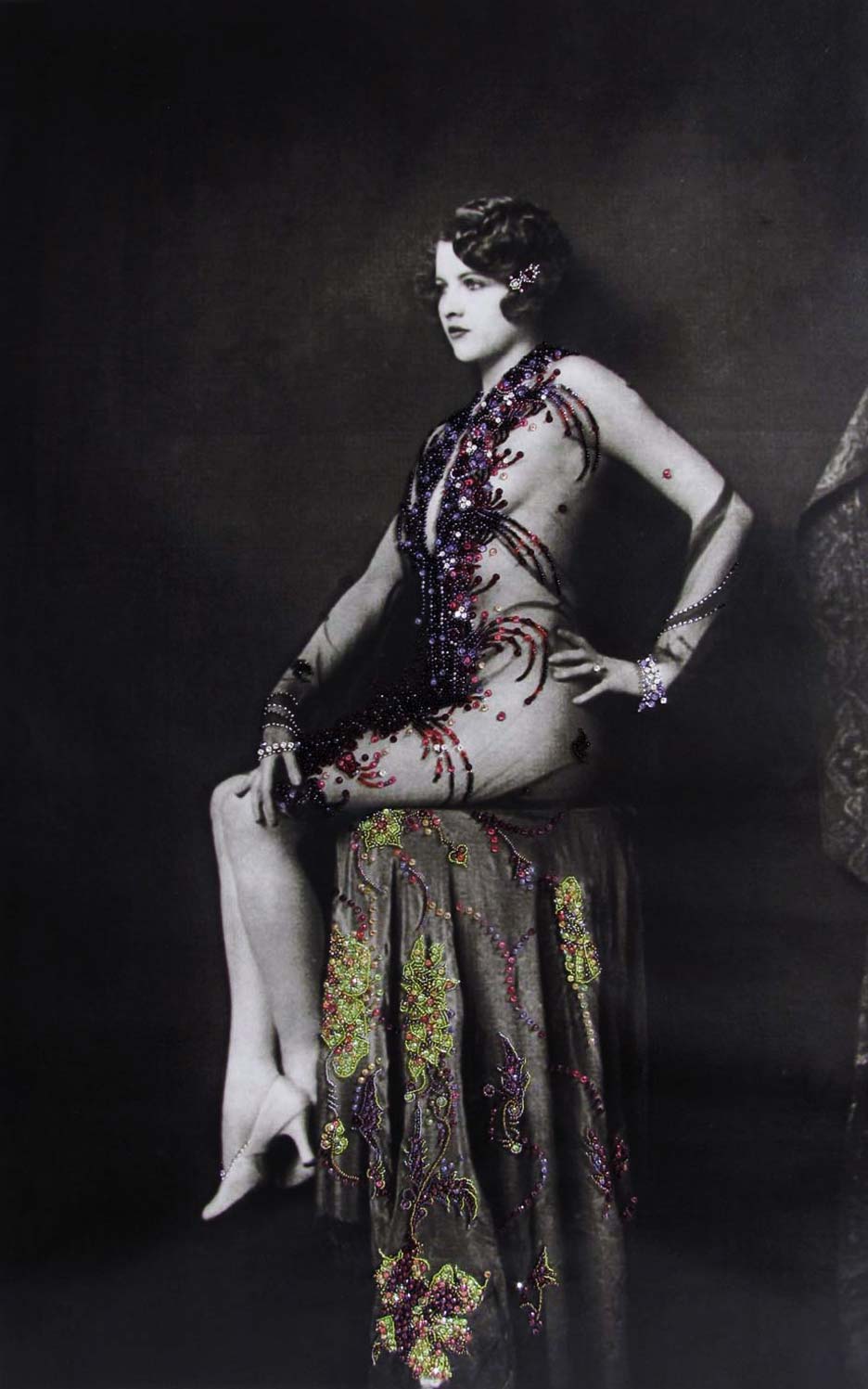 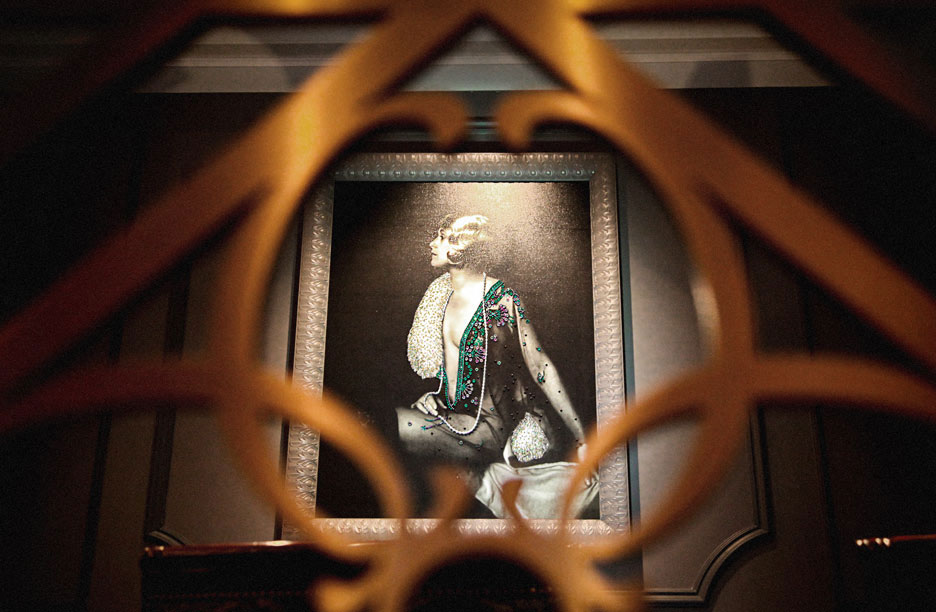 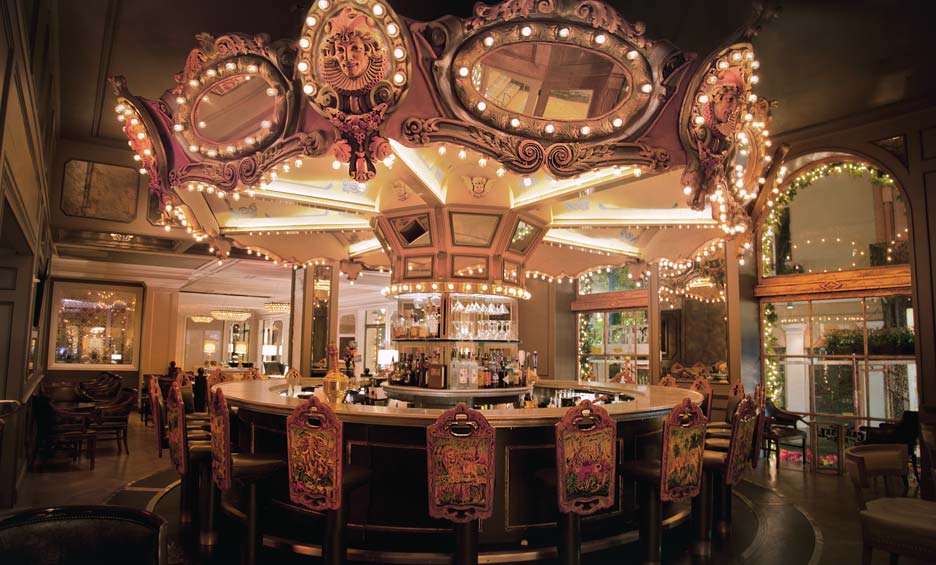 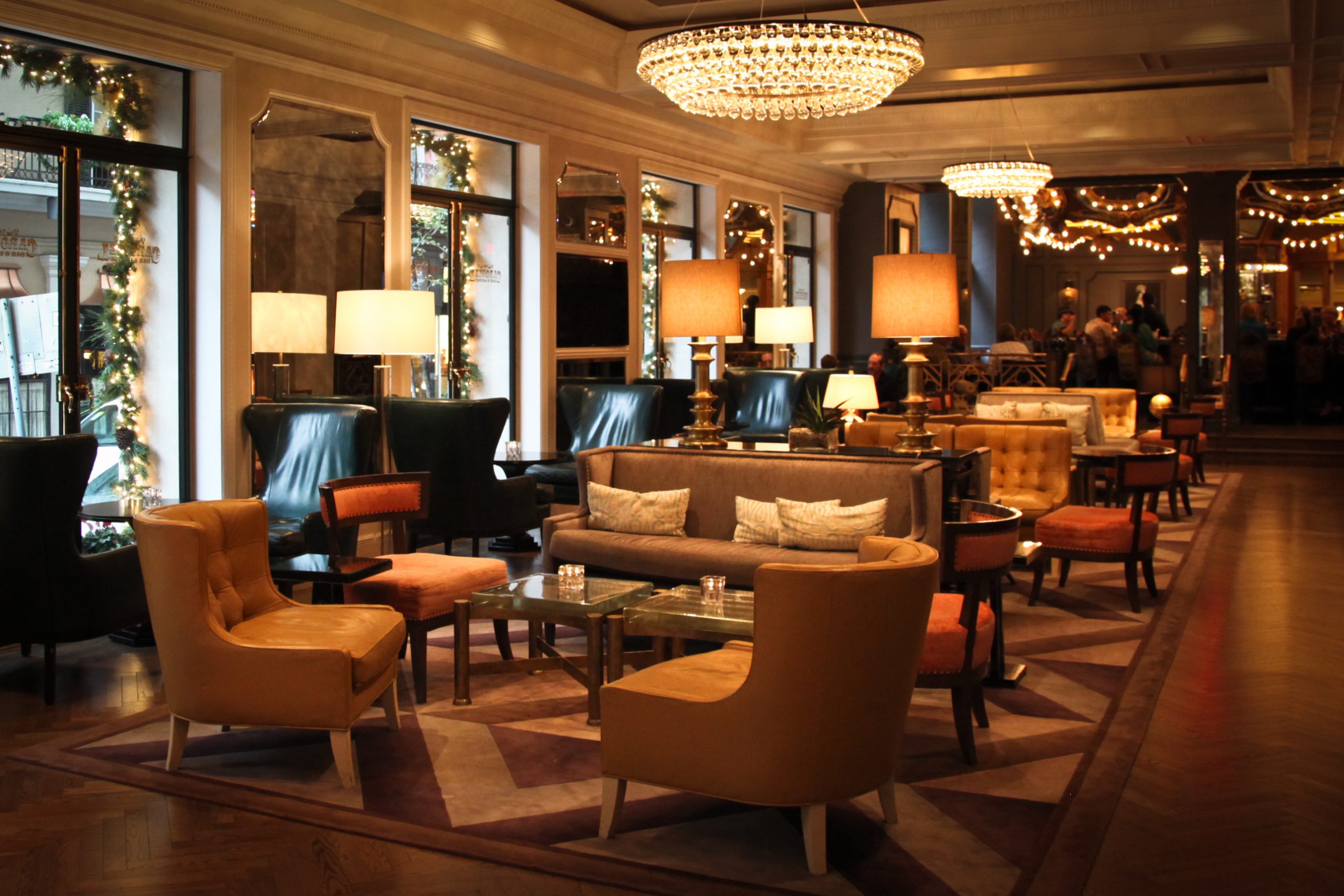 In 2011, Puccini Group was tasked with renovating the famed Carousel Bar and restaurant at the Hotel Monteleone in New Orleans’ French Quarter. This 24-seat working merry-go-round has attracted visitors and celebrities since its 1949 installation. Inspired by the glittered luxury of a carousel-themed photo shoot by Luis Monteiro for Vogue Portugal, Puccini Group designers Lindsay Broad and Ashley Wilkins imagined how detailed embroidery could be an elegant and eye-catching way to add drama to the space while incorporating the history of Mardi Gras beads. And so, 4 striking art pieces were commissioned to accentuate this well-known landmark.

The goal of this project was to breathe new life into the bar without disrupting any of its historic grandeur. The Monteleone family, who has run the hotel since 1886, was very much interested in reflecting a piece of New Orleans culture in the artwork. While the main draw of the space is the revolving carousel with a new paint refresh, Puccini Group wanted to make a bold statement with complimentary art pieces to re-invent the space and add to the whimsical allure. Each hand-beaded photograph stands 3-4 feet tall and glimmers in the space as it catches light shining from the revolving carousel. These pieces, along with the carousel, are able to stand out in the space thanks to the designers switching out the existing patterned carpet with an elegant herringbone wood floor and a subdued grey color on the walls to help balance these stunning features.
Puccini Group worked closely with hotel heir, the late Bill Monteleone, on the recent renovations and fulfilling his vision and legacy. Although he passed away shortly before the renovation was complete, he loved this modern interpretation of Mardi Gras beads depicting a piece of the hotel’s history.

After researching the hotel’s intricate past and learning about all of the famous people who stayed at the hotel over the years, Ashley and Lindsay were intrigued by the many starlets that would visit Hotel Monteleone during movie premieres at the nation’s first motion picture theatre, VitaScope Hall, on nearby Canal Street. They found black and white photographs taken by Alfred Cheney Johnston in the 1920s and 30s of the Zeigfeld follies and came up with the idea of beading on top of the photographs printed on canvas, to add a 3-dimensional effect and elude to the beads worn during Mardi Gras. They then discovered Binka Rigava, a Latvian bead embroidery artist, on Etsy. They admired her hand-beaded headpieces, masks, and epaulets and how they harkened back to the elegant gowns from the New Orleans Jazz Age. Puccini Group commissioned Binka to hand-bead over the photographs with Austrian Swarovski crystals and pearls. Although this was an unusual project for Binka, she embraced the task and the results were even more stunning than imagined.