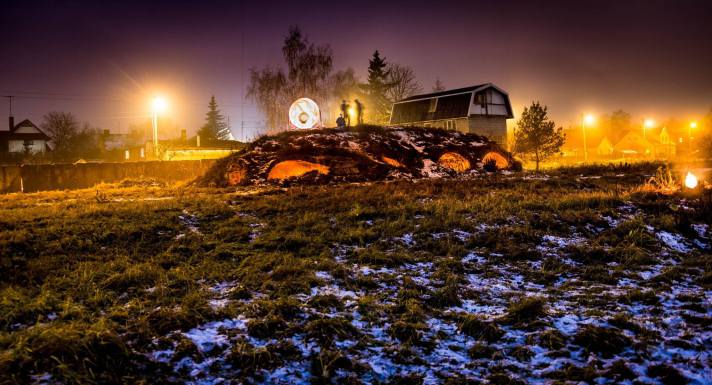 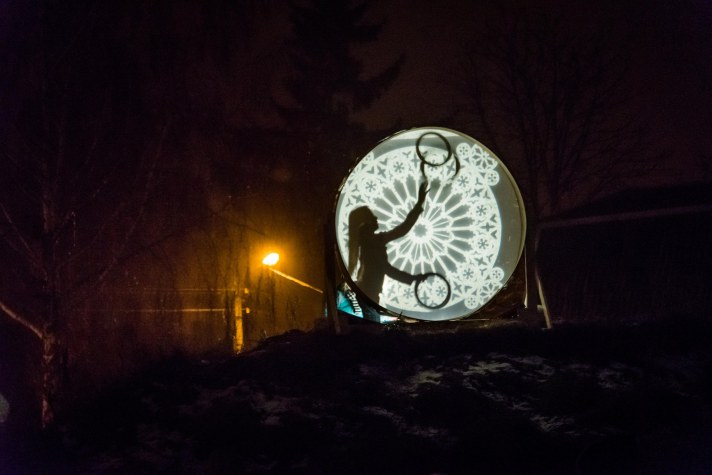 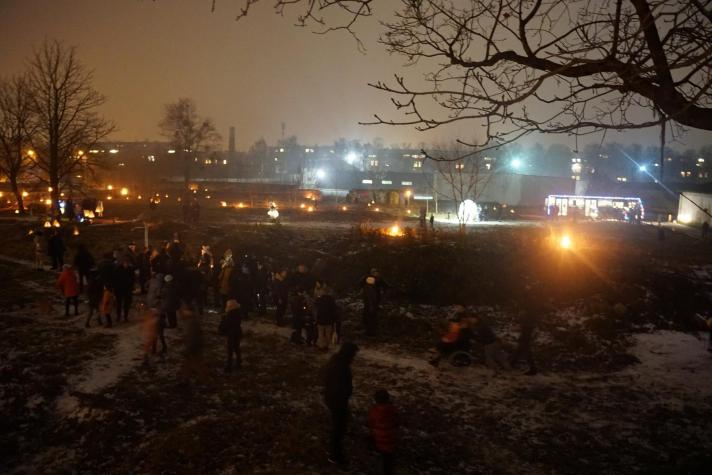 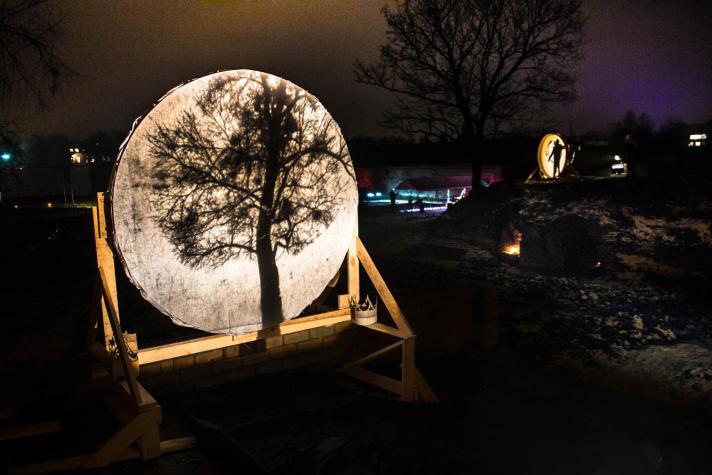 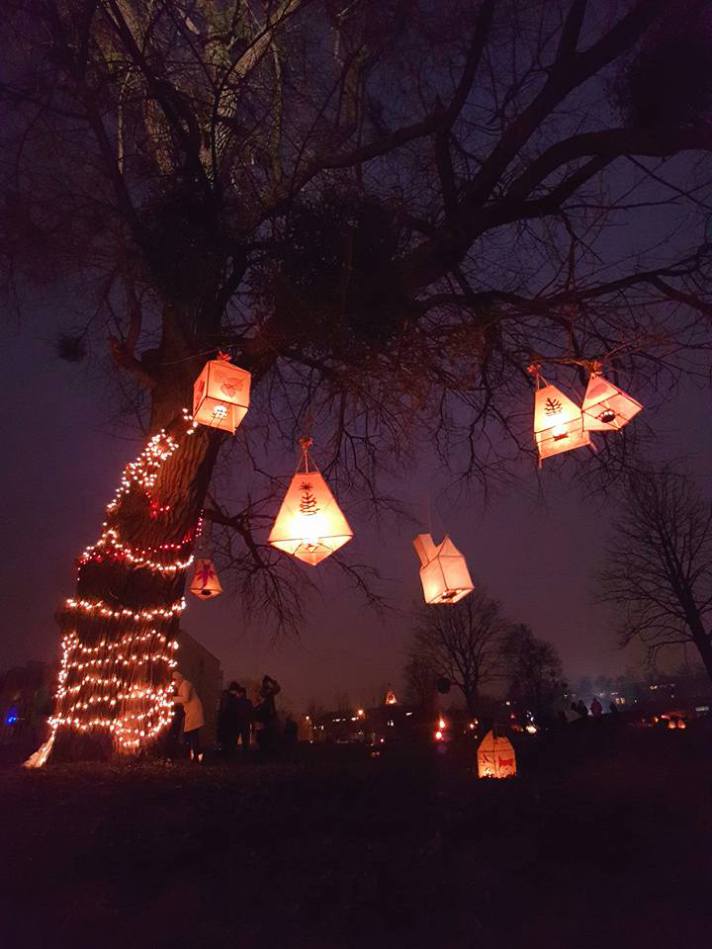 In the centre of Šančiai is a wasteland called the ‘Cabbage Field’, the final fragment of a vast area used as a military territory from the mid-19th century until 1993. Over the last four years a group of community artists and leaders who formed the Lower Sanciai Community Association worked to reclaim this land.

This is the second year the group organized a festive community gathering called the Balsamic Poplar, which takes its name from the oldest tree. In the process of preparing for this event, local leaders and community artists organized more than 20 open art workshops. The result of these workshops became a two-hour coproduction led by children, people with disabilities, the local circus and library as well as community members. Over 200 people came and were met by resident Field Fairies who drew people to the shadow theatre on the specially adapted ‘Dream Bus’. The shadow theatre used the local library for rehearsal involving children and parents. After the performance, creative workshops in shadow making attracted some; others preferred to watch the newly placed crib into the belly of the Balsamic poplar, while others were engaged in making and sharing waffles and doughnuts from an open fire oven.

Twelve artists and community leaders worked in smaller groups to bring this project to realisation. The process involved workshops with local communities (disability centre, library,community association and artists) who in the process DISCOVERED new forms of communication through shadow puppetry, social sculpture and story telling. A band of samba drummers led the crowd on a journey around five specially constructed circular screens to watch a unique performative light animation produced by artists from Psilicon Theatre and the local Baltic Circus troupe. Finally, the night ended with a fire sculpture created by a local resident of the Cabbage Field.

“The animators of the Cabbage Field have worked for a few years to mobilize community and to create this festive tale. Many had criticized them for what they were doing in this wasteland. But in spite of it, the community kept on working and is going to make more events attended by children, neighbours and even those who never heard about the space. People were happy and joyous and this mood was made by the magic of the faith in community and Christmas spirit.” Kauno Diena newspaper 2017-12-18