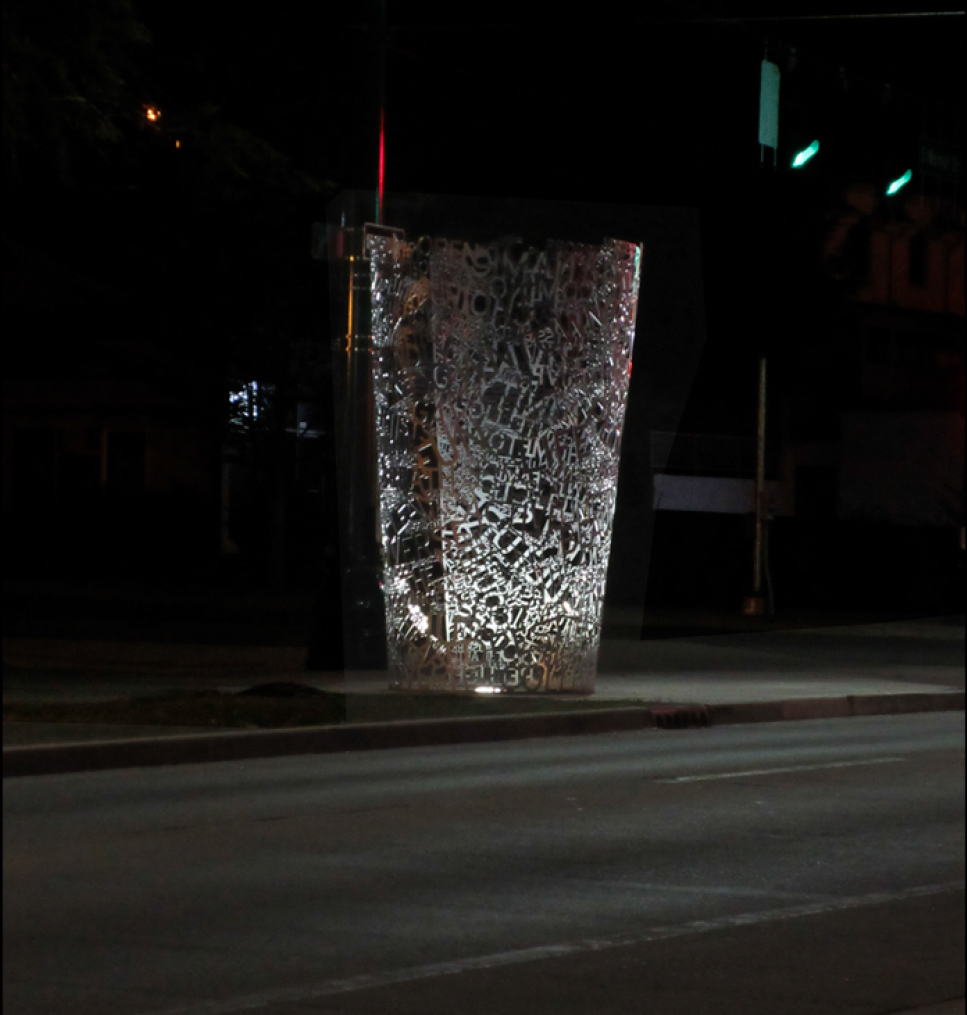 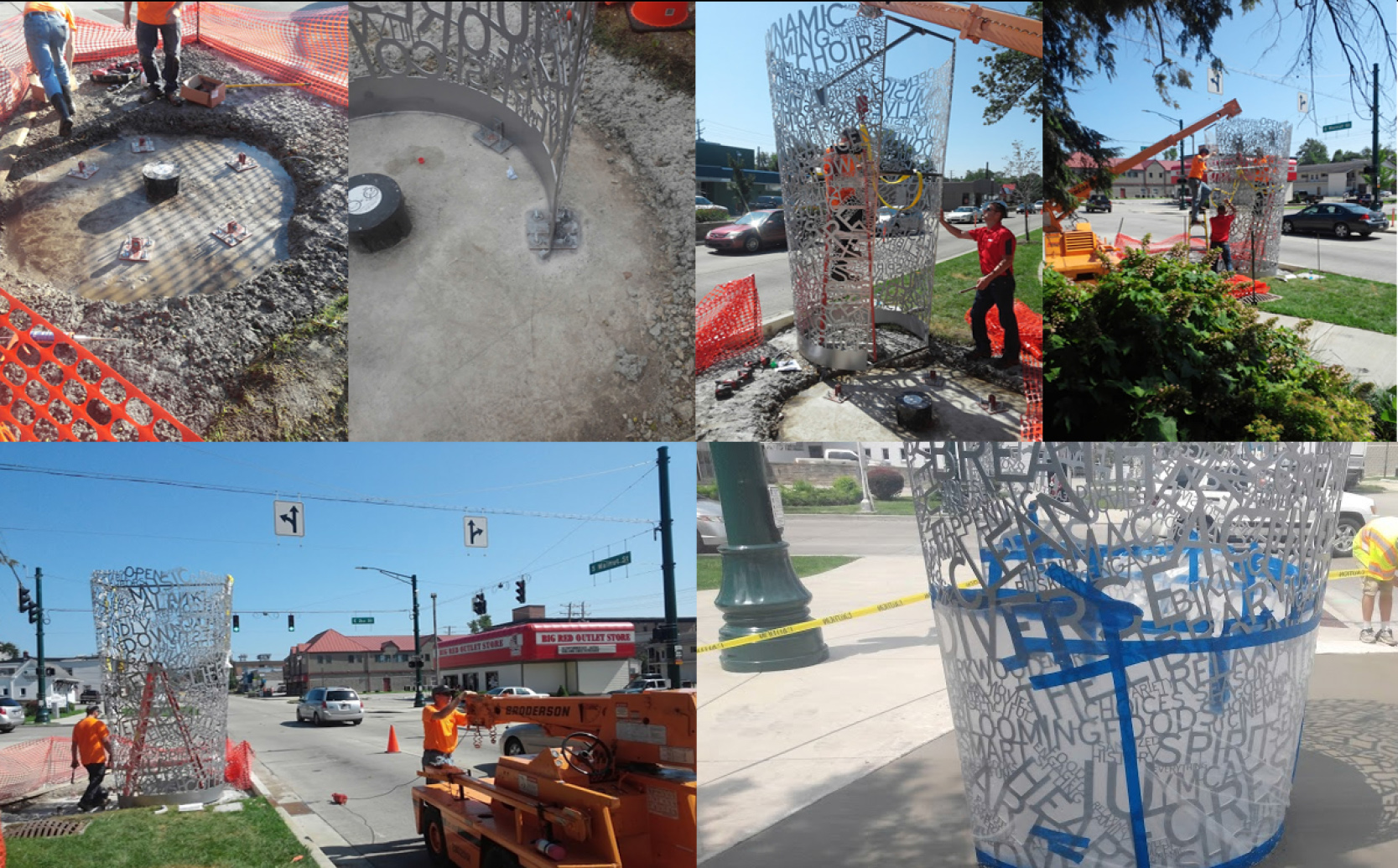 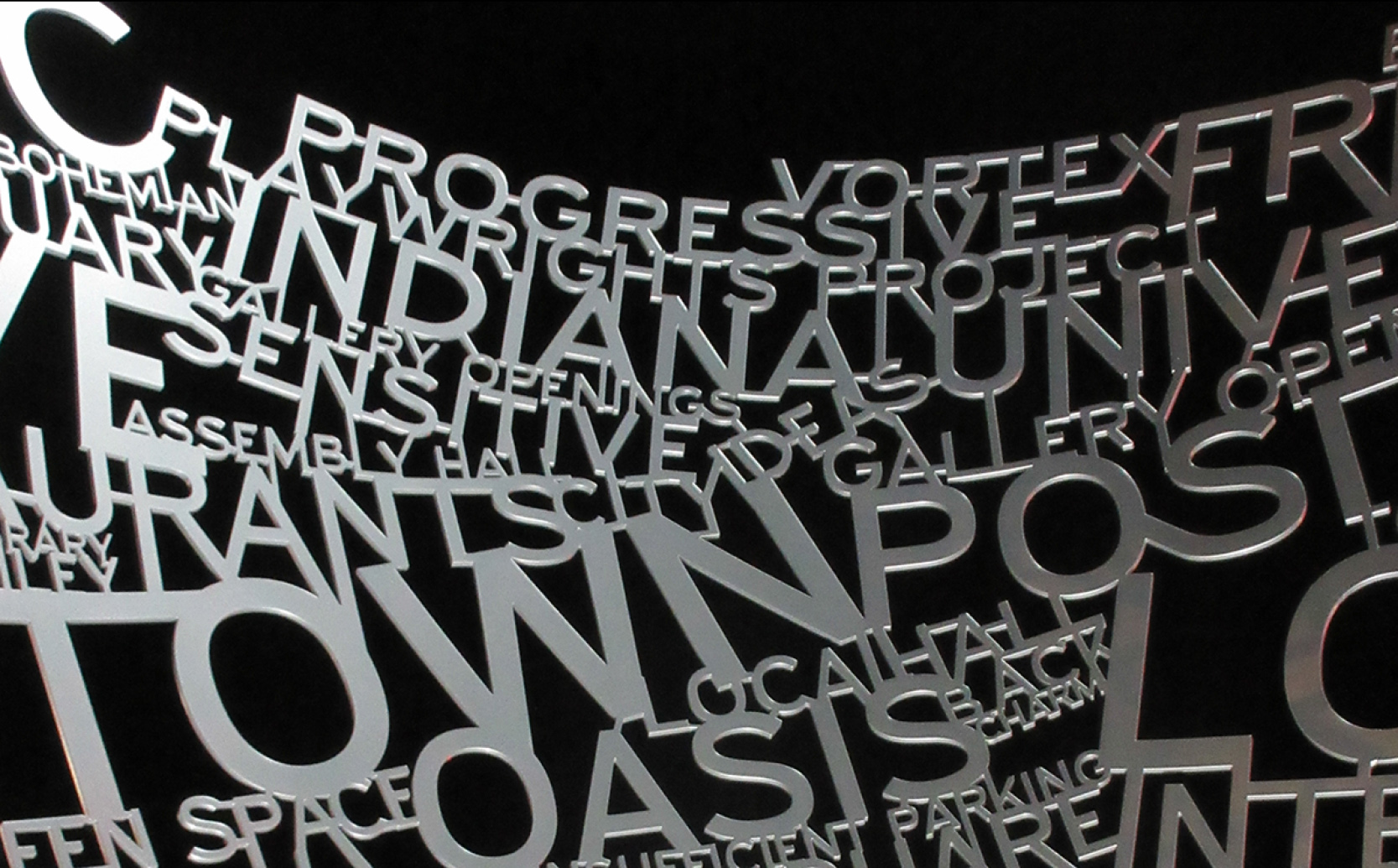 Commissioned by the city of Bloomington, Indiana, (C)olumn is a public art project that places the public at the center of its concept through a participatory process. Approximately 11 feet in height and 5 feet in width, (C)olumn is a tapered “C”- shaped architectural room with myriads of words about Bloomington cutout and inscribed onto steel panels. The “C” in the name “(C)olumn” represents the values of connectivity, culture and community. The design is meant to act as an “urban room” that allows passers-by to enter the (C)olumn site and look in a variety of ways.

Sitting next to a historic Seminary Park and the new Bloomington Entertainment and Art District (BEAD) in Bloomington, Indiana, (C)olumn connects to Bloomington’s people and its rich cultural history through its place making and participatory process. Participatory art is at the center of this project. Bloomington residents were directly involved in the design process.

Bloomington public was directly involved in order to come up with a visual concept that truly represented Bloomington community, a college town with a population of roughly 80,000. During a three-month period, the designer/artist team set up web interfaces to solicit inputs from Bloomington community through social media sites. Answer Garden, a free web 2.0 tool, was used to collect the words from the residents anonymously and posted their words instantaneously. These words were then displayed in a word cloud format in which the size of each input word indicated its popularity and frequency among Bloomington residents. Thousands of residents submitted inputs in Answer Garden. The final word cloud, consisted of roughly three hundred unique words ranging from words like “Over-priced” to “Basketball,” were collected at the end of the three-month period and were used as the base for a final design that was produced in Rhino. This finished word cloud design, was then sent to a local sheet fabricator to be laser cut onto six large ¼ inch thick steel panels. These large panels were then rolled into the three dimensional forms and were welded into one structure.