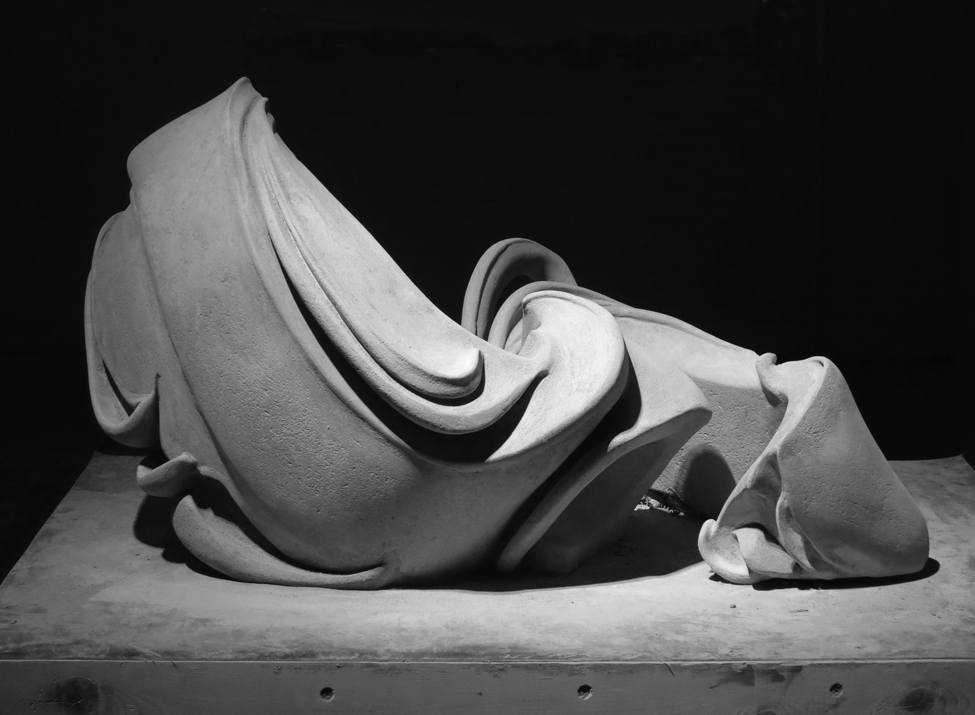 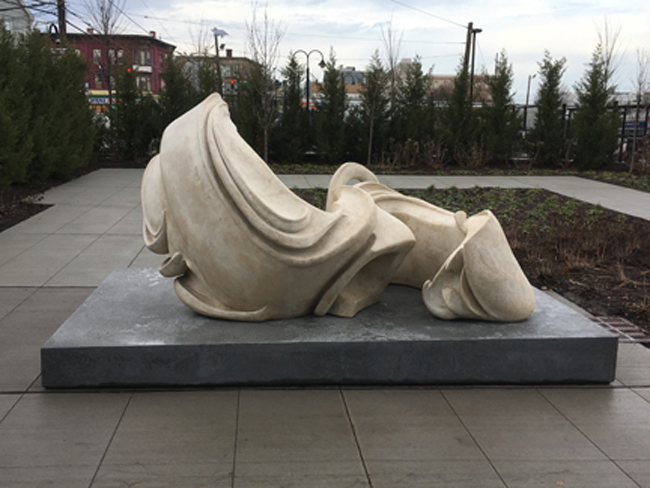 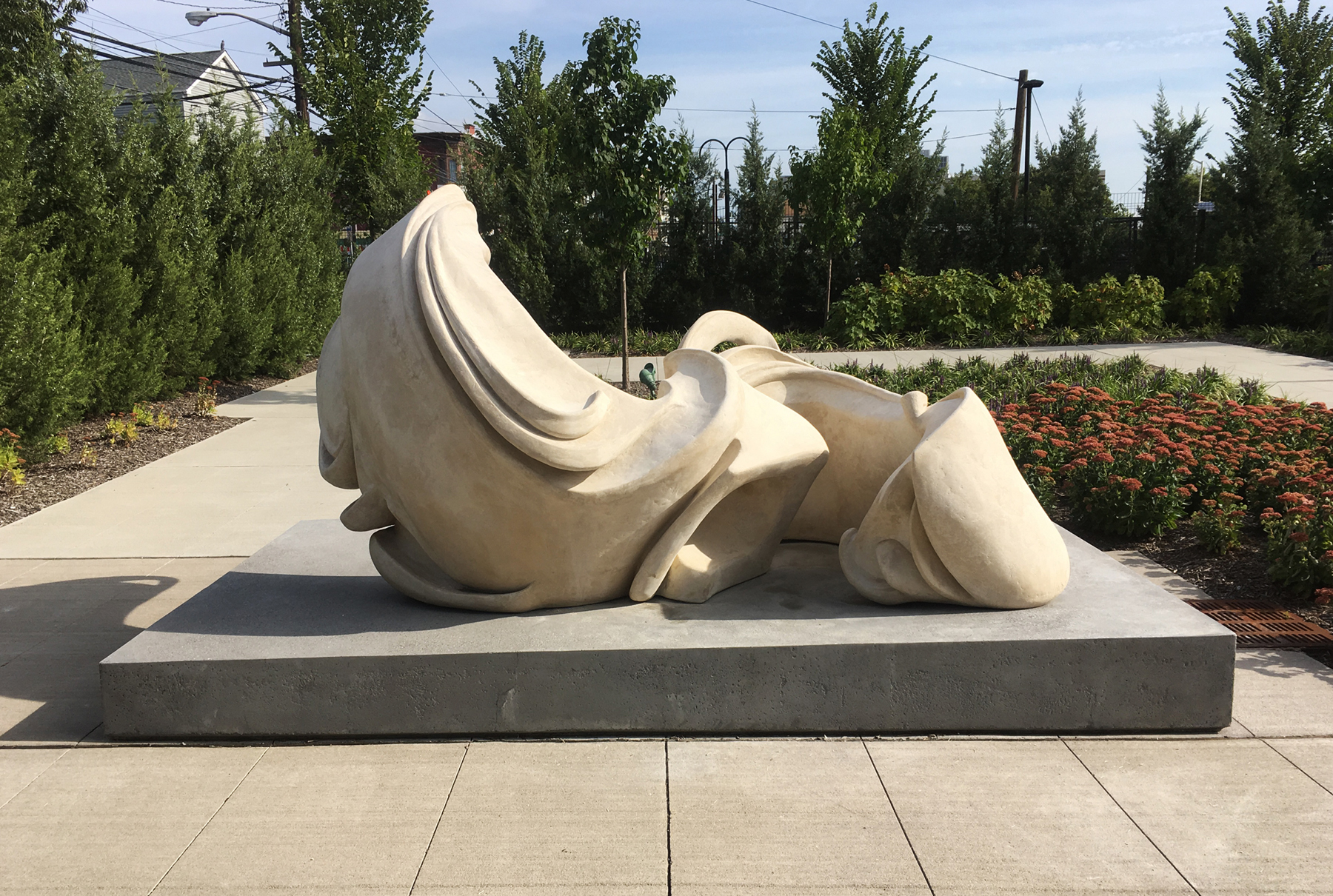 James Crispino, principal architect of Francis Cauffman Architects, designed the North American headquarters building for the Biotrial Corporation, a French drug-testing company, sited in a science park in Newark, NJ. Mr. Crispino commissioned me to create a sculpture that would be a center piece for a landscaped garden he designed, adjacent to and opening out from the new building.

Mr. Crispino was familiar with the abstract language that I've developed over many years of work. Built up directly in successive layers of concrete, it is a sculptural idiom that marries the spatial openness of 20th century abstraction with the modeled and incised mass of ancient sculpture. My sculptures have a fluidity, and an inner vitality and gestural pressure, while aiming to achieve, in the end, something like a classical repose. This combination of vitality and repose, I think, is what led Mr. Cispino to select my work for the Biotrial garden: the purpose of the garden is to be a place where patients participating in clinical trials can spend time during their stay at the facility, and hopefully the sculpture is a presence that can help renew and enliven.

The over-all scale of the sculpture, and its placement within the garden was decided in collaboration with Mr. Crispino, but I was given more or less complete freedom to come up with a sculptural idea and composition that I felt worked within the garden context. I made several small-scale models, variations on a basic idea of two-elements interlocked and wrapping around each other in space. Both Mr. Crispino and I ultimately agreed on which of these maquettes was the strongest, and would serve as the basis of the final, full-scale sculpture.