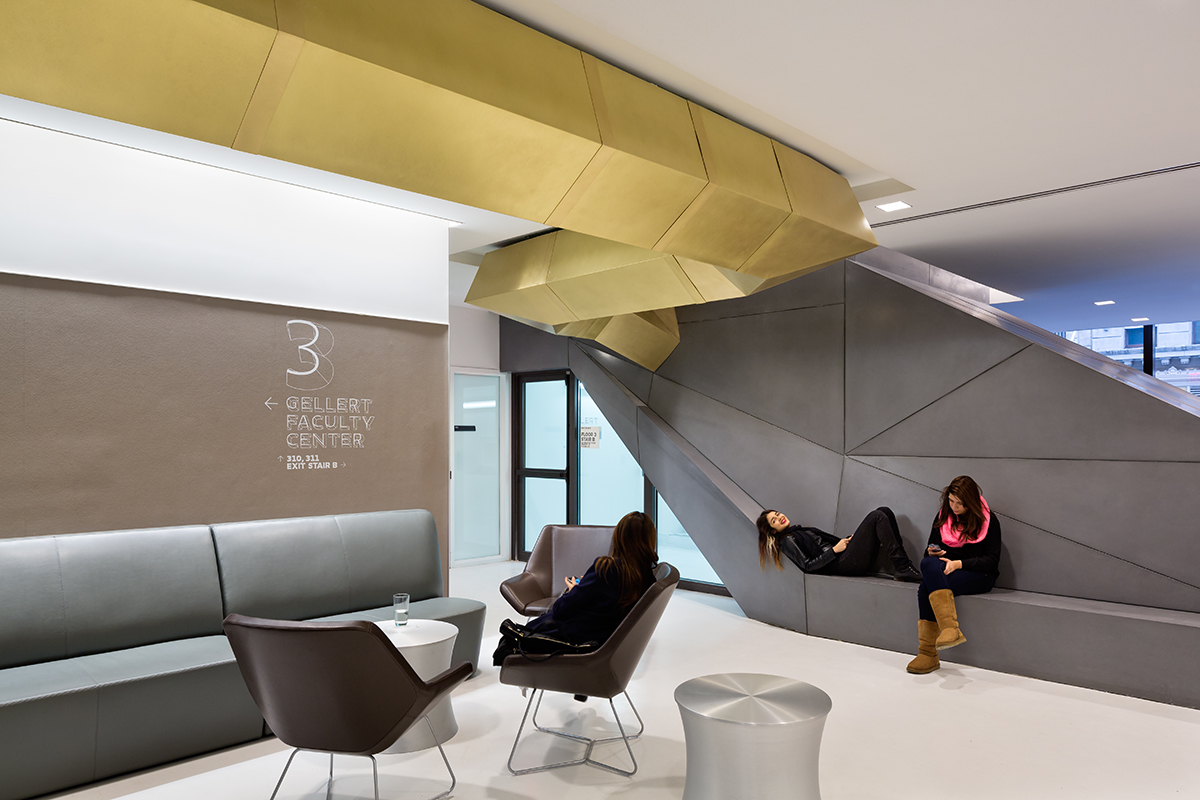 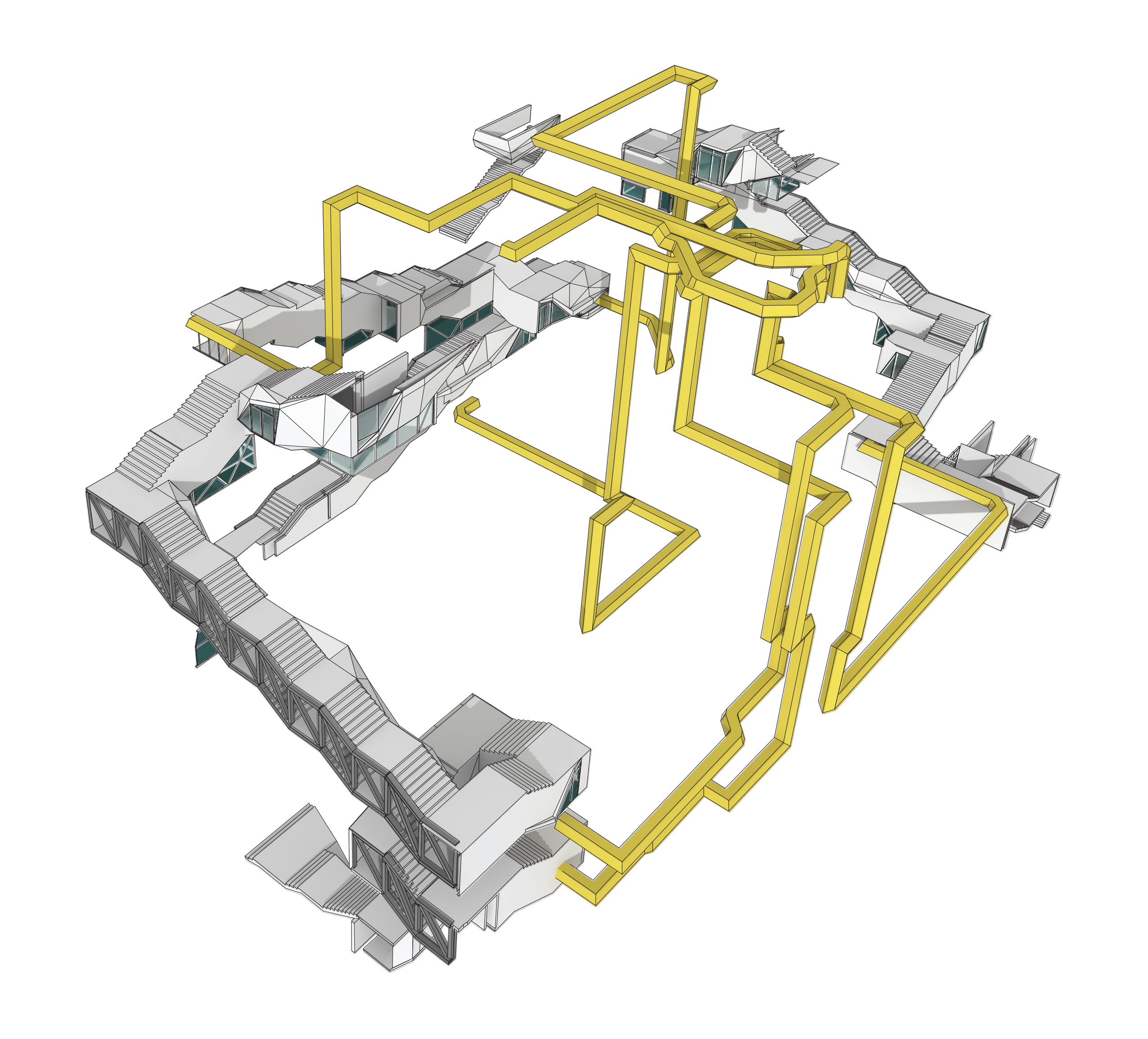 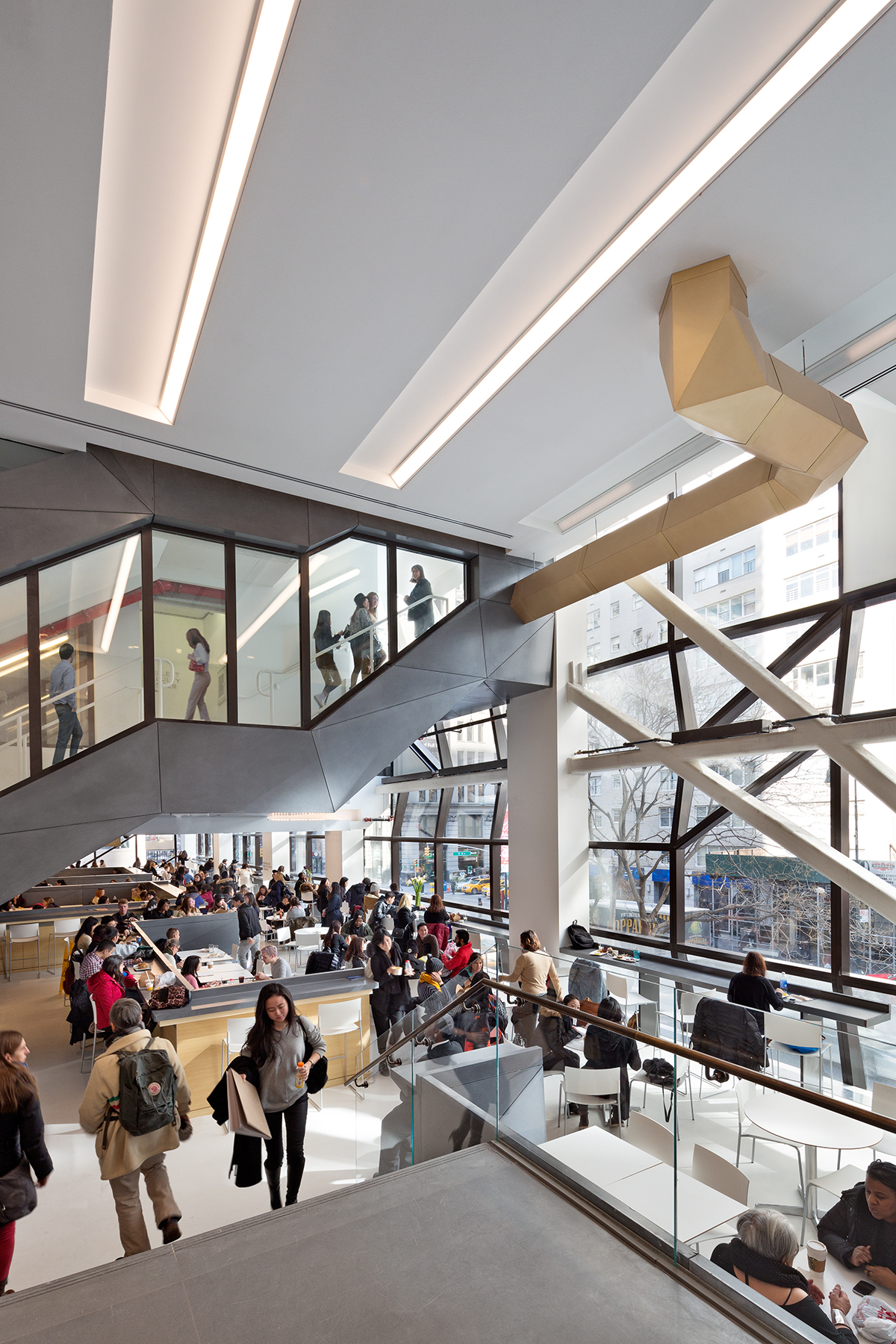 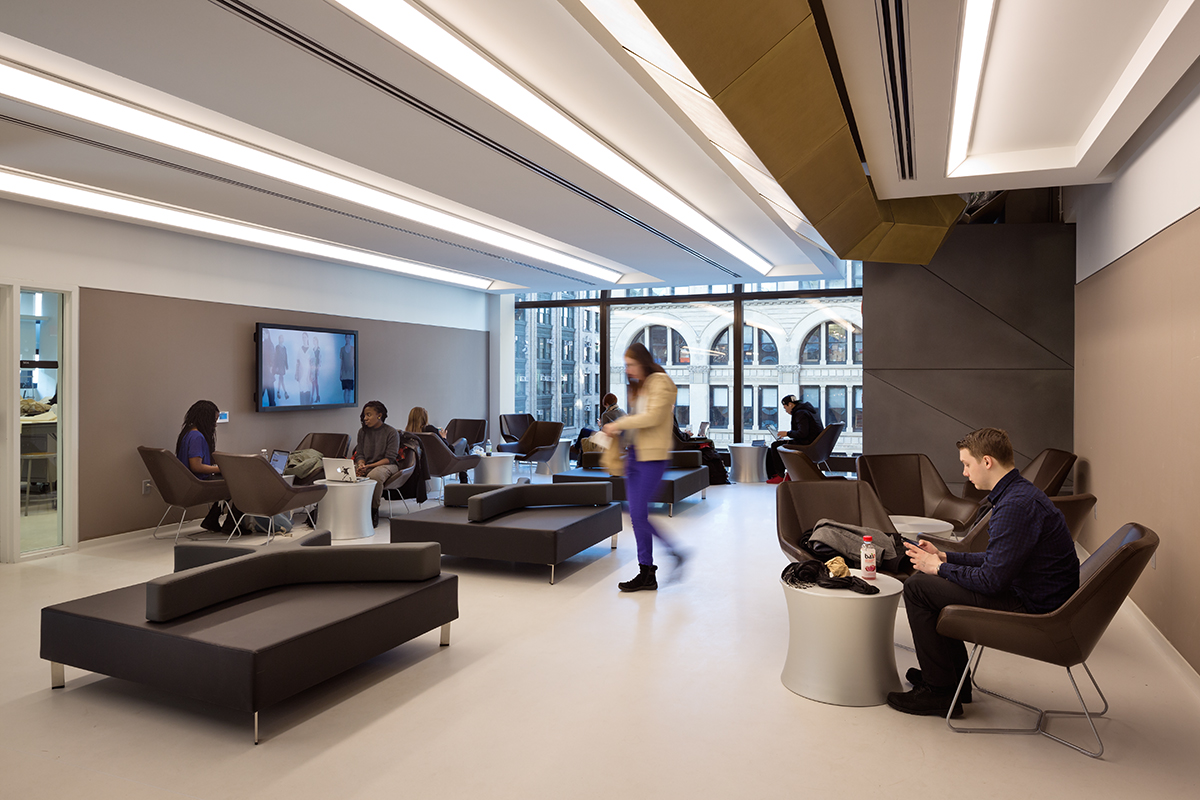 “Bells and Whistles,” a pentagonal brass profile, takes its dimensions largely from its function as the egress stair pressurization duct. Spanning six floors and over 530 feet long, the work weaves in and out of classrooms and communal spaces, creating an episodic presence throughout the visual journey of the building. As each space is unique, the ducts resist standardization; rather, consistent with the building’s infrastructure, the ducts’ profile changes, twisting and turning to resolve each obstacle.

From a close collaboration with Skidmore, Owings & Merrill and an early engagement with the design process of the University Center at The New School, Rita McBride has realized what she calls a “dream public artwork.” Her sculptures and installations are often prompted by the struggle between serving and served space—a struggle central to modernism—the open, inhabited, and transparent areas versus the dark, concealed, mechanical spaces. In earlier installations entitled "Servants and Slaves," McBride addressed the relationship of art and architecture by highlighting buildings’ mechanical programs. "Bells and Whistles" employs the same brass material as the University Center’s facade, but is formed by another set of functions, the essential but hidden mechanical life of the building.

Skidmore, Owings & Merrill (SOM) and Rita McBride, along with Cosentini Consulting Engineers, collaborated throughout the design and build process to realize McBride’s “Bells and Whistles.” The artist’s inspiration was drawn from the technical requirements of the University Center’s egress stair pressurization ducts. The artist defined the brass pentagonal profile, and through a series of workshops with SOM and Cosentini, developed a brass duct-cladding strategy that would trace the stair pressurization ducts throughout the building. Once the job was bid out by the contractor, the mechanical subcontractor developed a set of shop drawings and mockups. The shop drawings and mockups were inspected and reviewed by the artist and the architect.