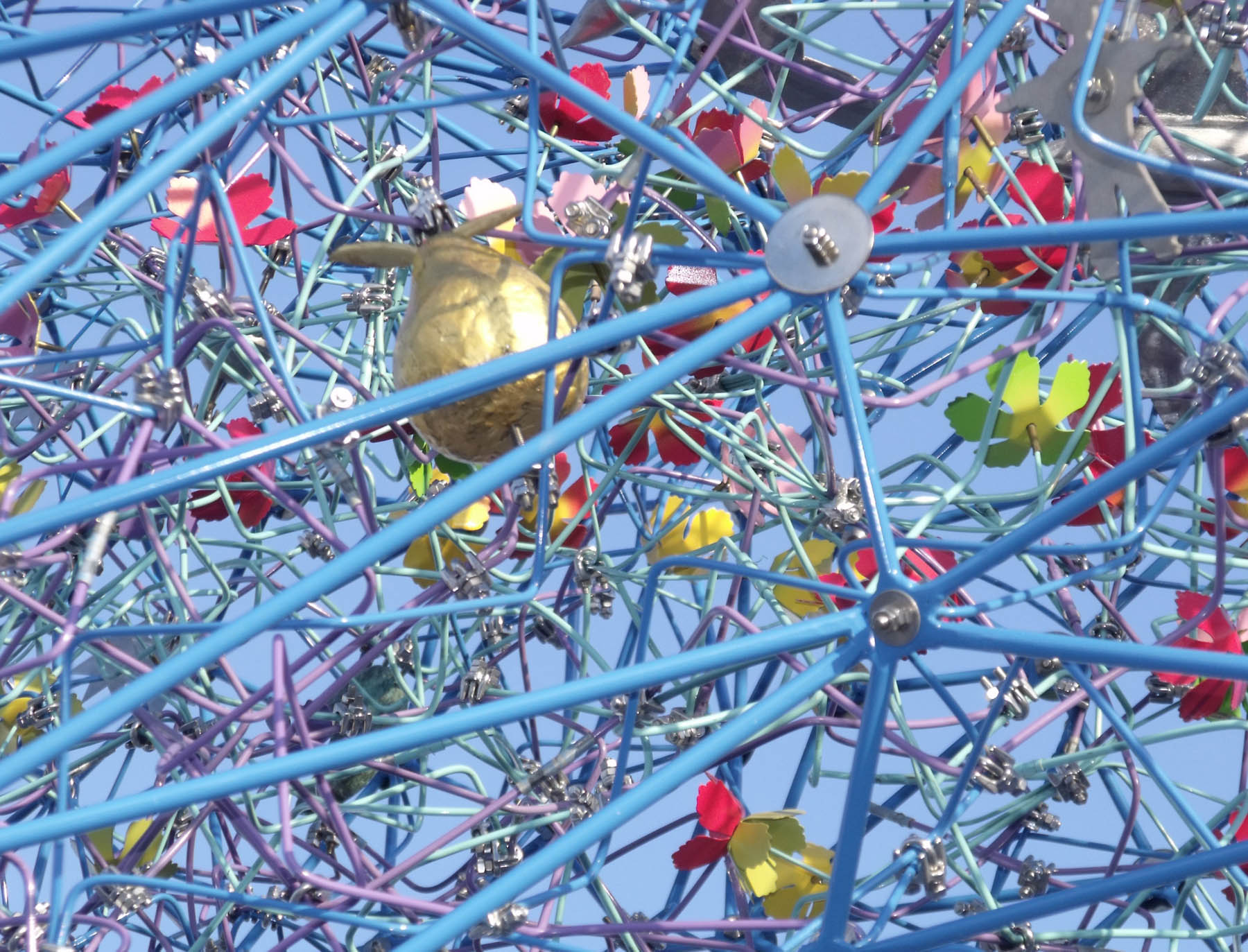 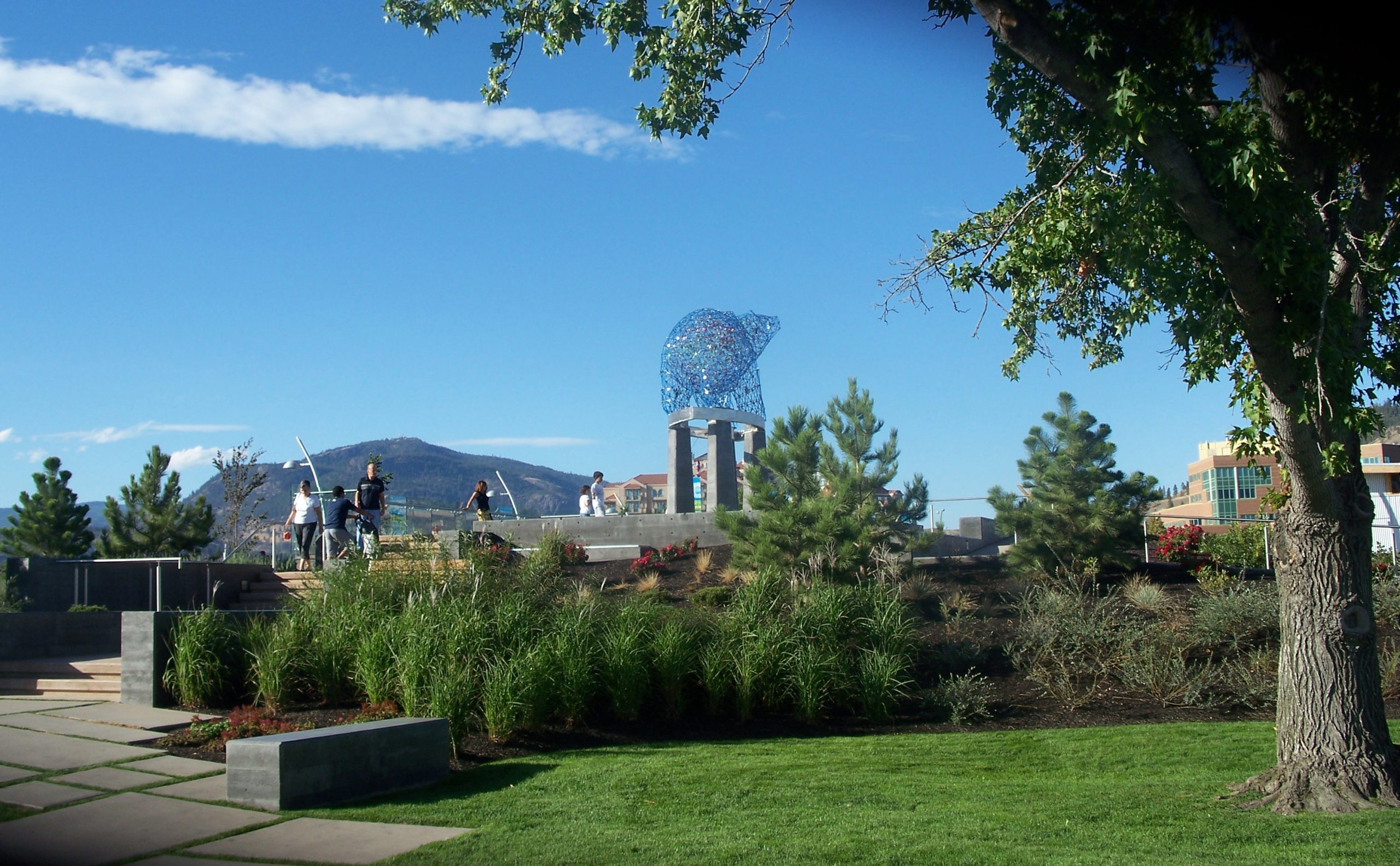 Client: City of Kelowna, BC

City of Kelowna, BC

The name “Kelowna” means “female grizzly bear” in the Native American dialect of Okanagan and is part of the mythology of the community. This proud female grizzly form, poised atop columns, depicts an icon of the Kelowna area. The ring connecting the sculpture to the columns is shaped like the hull of a boat, referencing Lake Okanagan. Objects positioned in the bear’s matrix, such as fruit and orchard blossoms, include elements relating to the region and community; specifically the area’s agricultural history, which is dominated by fruit orchards.