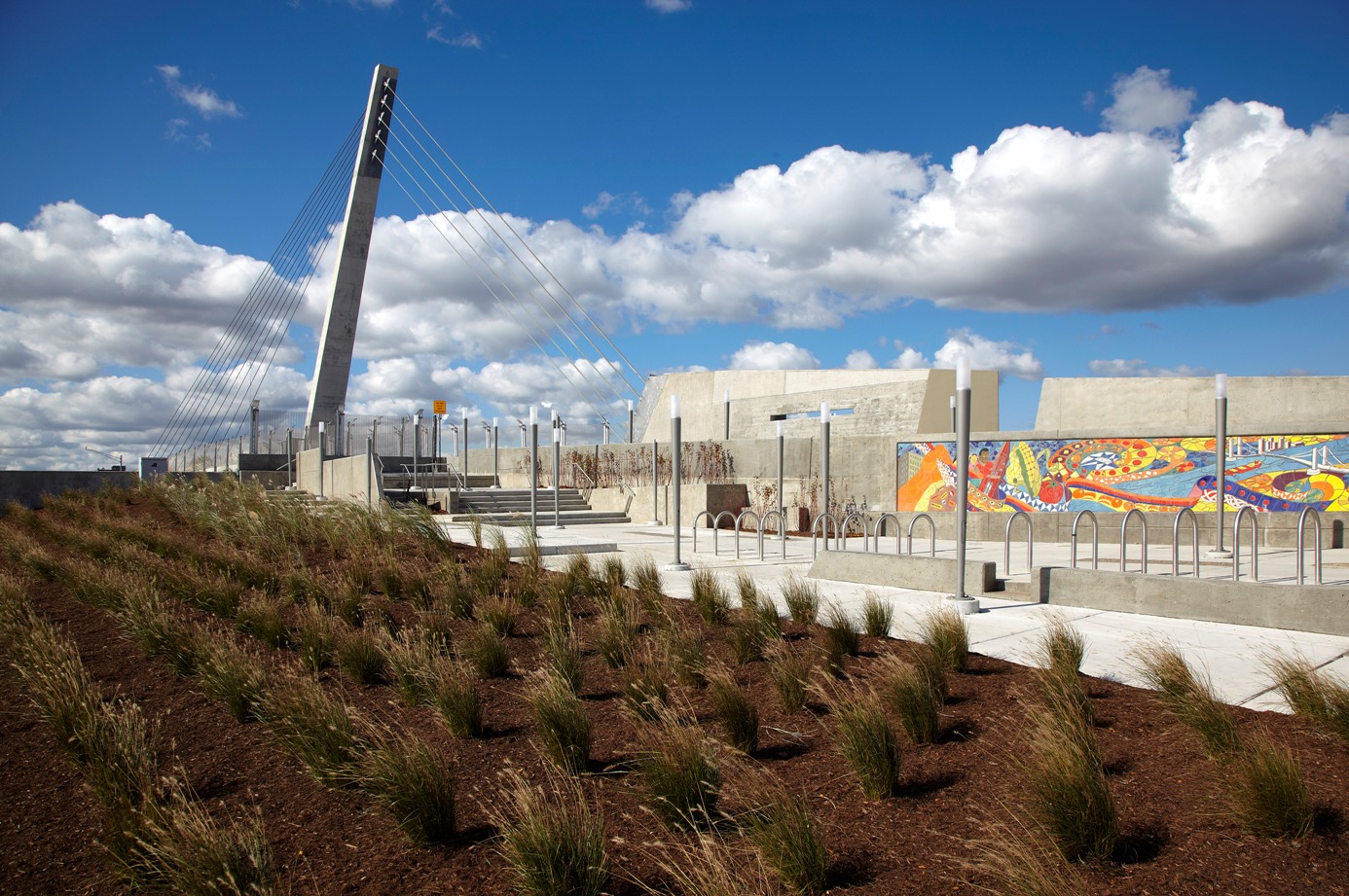 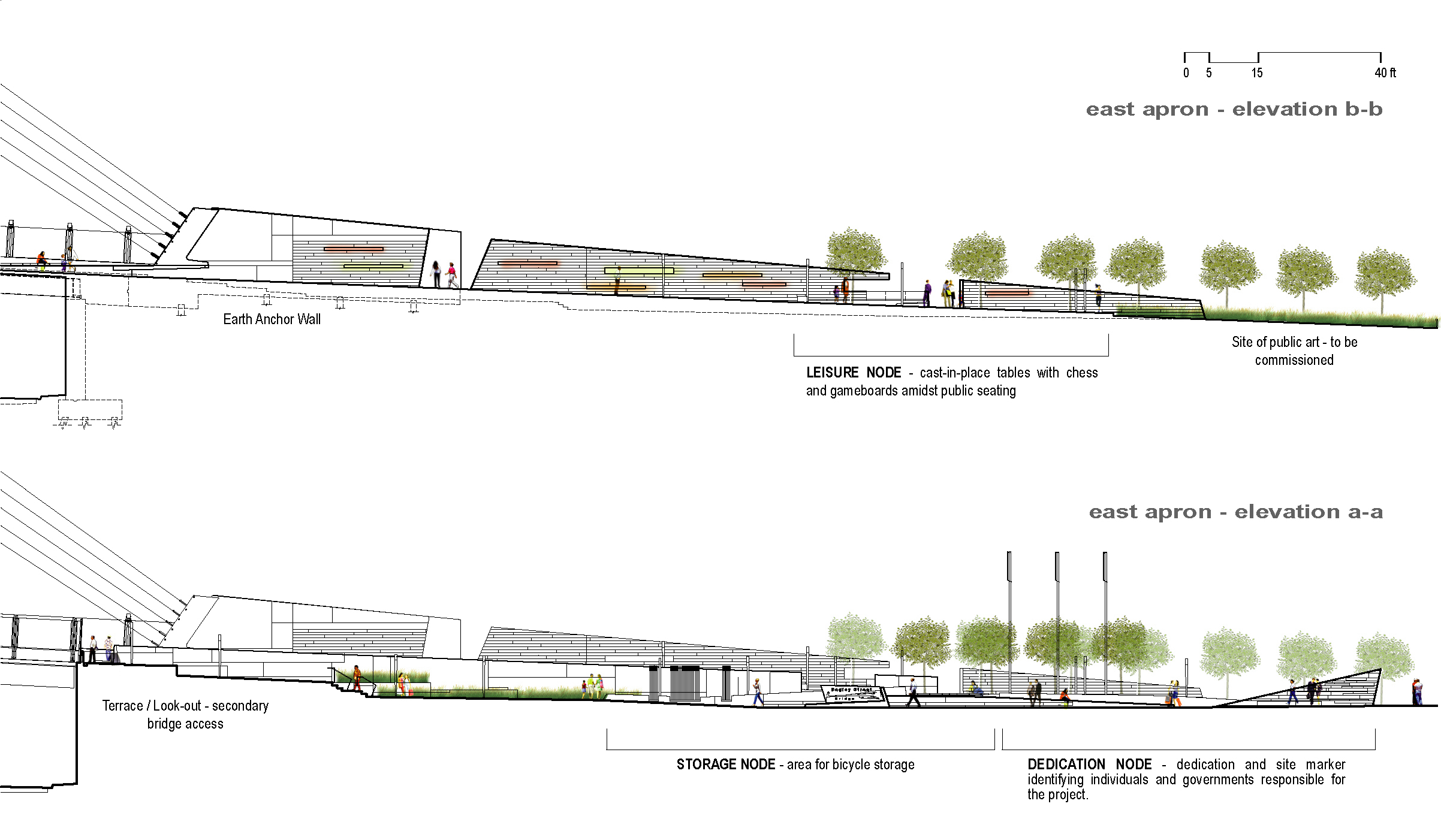 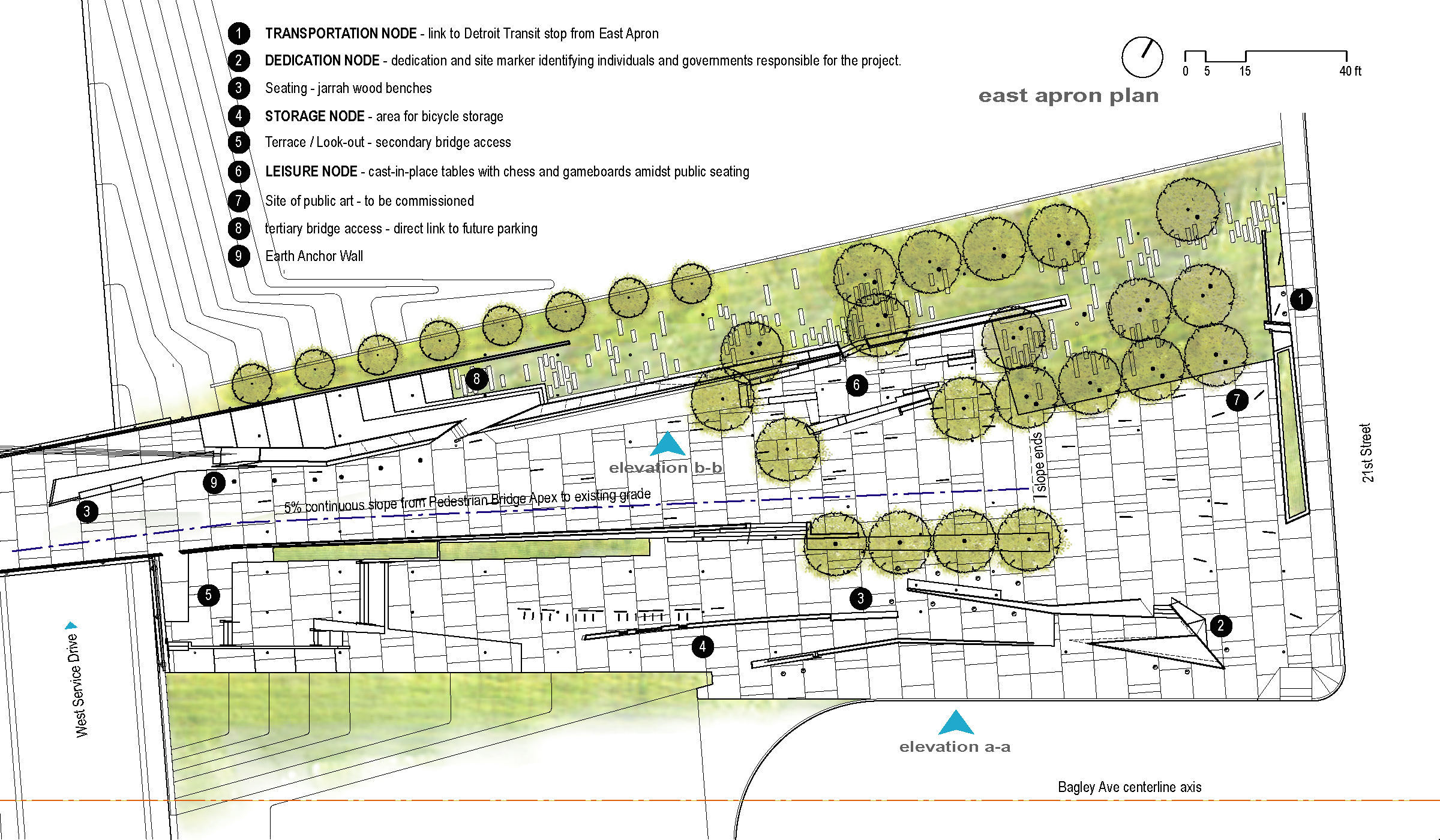 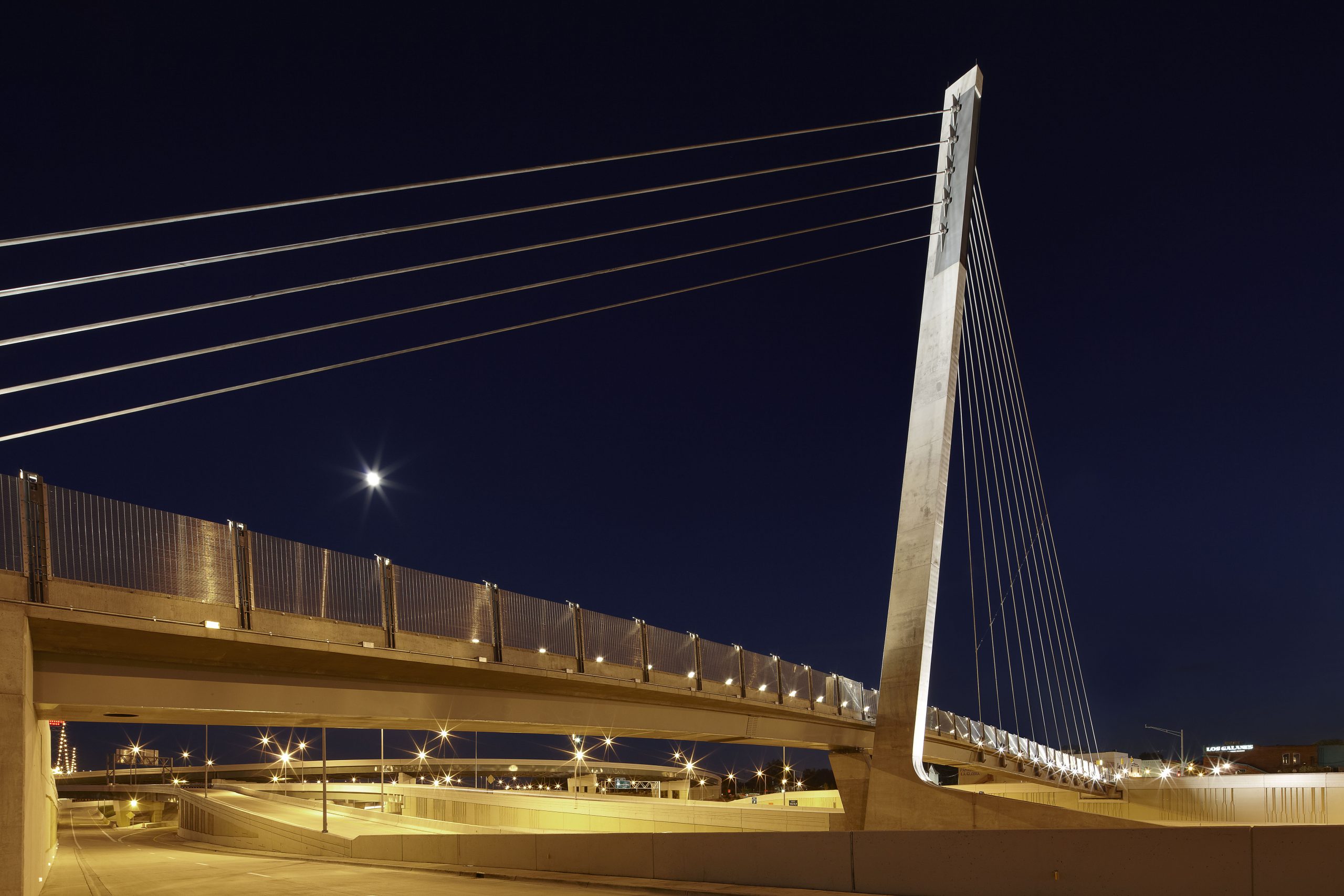 This winning competition scheme was part of a multi-million dollar Ambassador Gateway interchange expansion in Detroit, MI. The final design proposed a more comprehensive scheme, including an at-grade landing at both the East and West aprons and approximately 41,000 sq.ft. of public plaza, which blended into the landscape and reconstructed the existing void as programmed, occupiable plaza space. The bridge would act as a mediator to the adjacent city and community landmarks which speak to the notion of place at various scales.

During the design phase, MIDOT decided to incorporate public art with the bridge by sponsoring a public art competition to select and commission an artist to design a mural and free-standing sculpture for the East Apron of the newly constructed Bagley Pedestrian Bridge. The Bagley Pedestrian Bridge Public Art Project ultimately helped to reconnect neighbors. Detroit Artist Hubert Massey was selected from 46 applicants to create the artwork.

Hubert Massey commenced a series of meetings and forums with the Public Art Selection Committee (PASC) and neighborhood. residents. Young college students and school- age children from the community were engaged to assemble the final mural for placement on the wall of the Bagley Pedestrian Bridge, and most of the project’s budget went directly back into the local Michigan economy for fees, services, rentals, and materials. Public forums were attended by community residents and MIDOT staff, which included local artists. Discussion topics at these forums included the history of Mexicantown, how the community was once a thriving Spanish-speaking community when it was divided by the adjacent opening of I-75 and I-96 in 1970, and how the construction of the pedestrian bridge would begin to mend the division of the community, and bridge the small downtowns that have developed on either side of the freeway. The conversations that took place during the public meetings and forums inspired the design of “The Spiral of Life,” a tile mosaic spanning 40 feet long and 5 feet high located on the eastern wall of the bridge (see cover photo) and “Spiral Kinship,” a 12-foot tall metal sculpture

Successful completion of the Bagley Pedestrian Bridge Project—recognized as mitigation for impacts caused by the completion of construction of I-75 and I-96 in 1970—signified positive changes to come for the Mexicantown community linking the east and west sides of the neighborhood once again. Residents and visitors now have a safe crossing between the two small downtowns and have made businesses throughout the southwest Detroit community accessible. The pedestrian bridge showcases public art created by a local artist, and that was inspired and influenced by the local community.