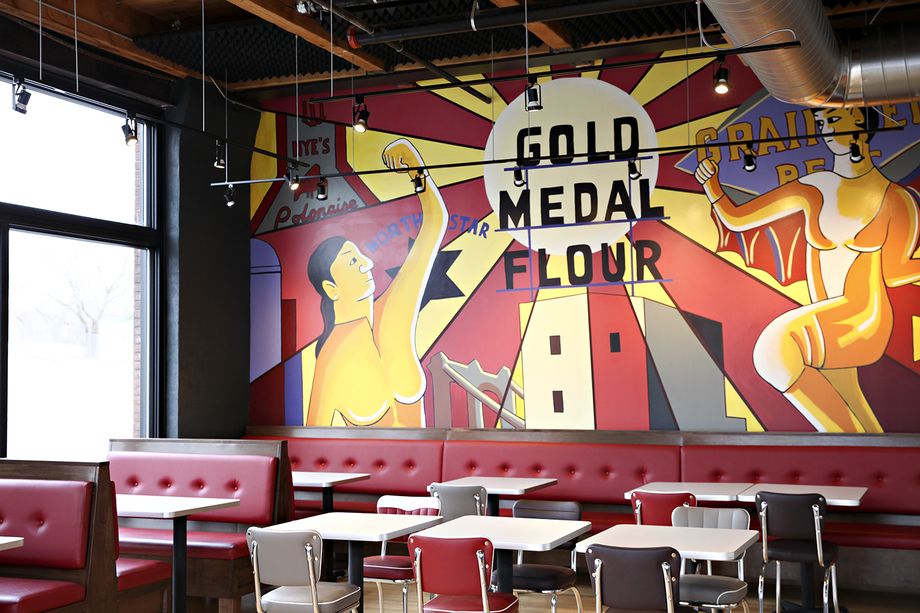 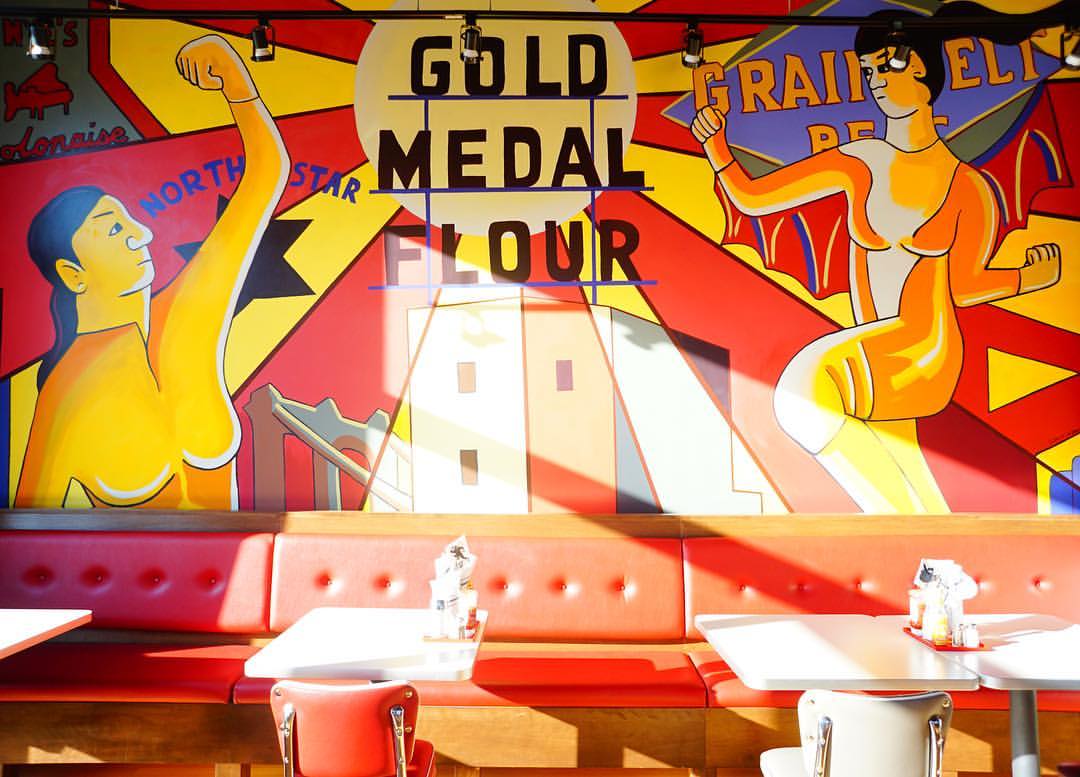 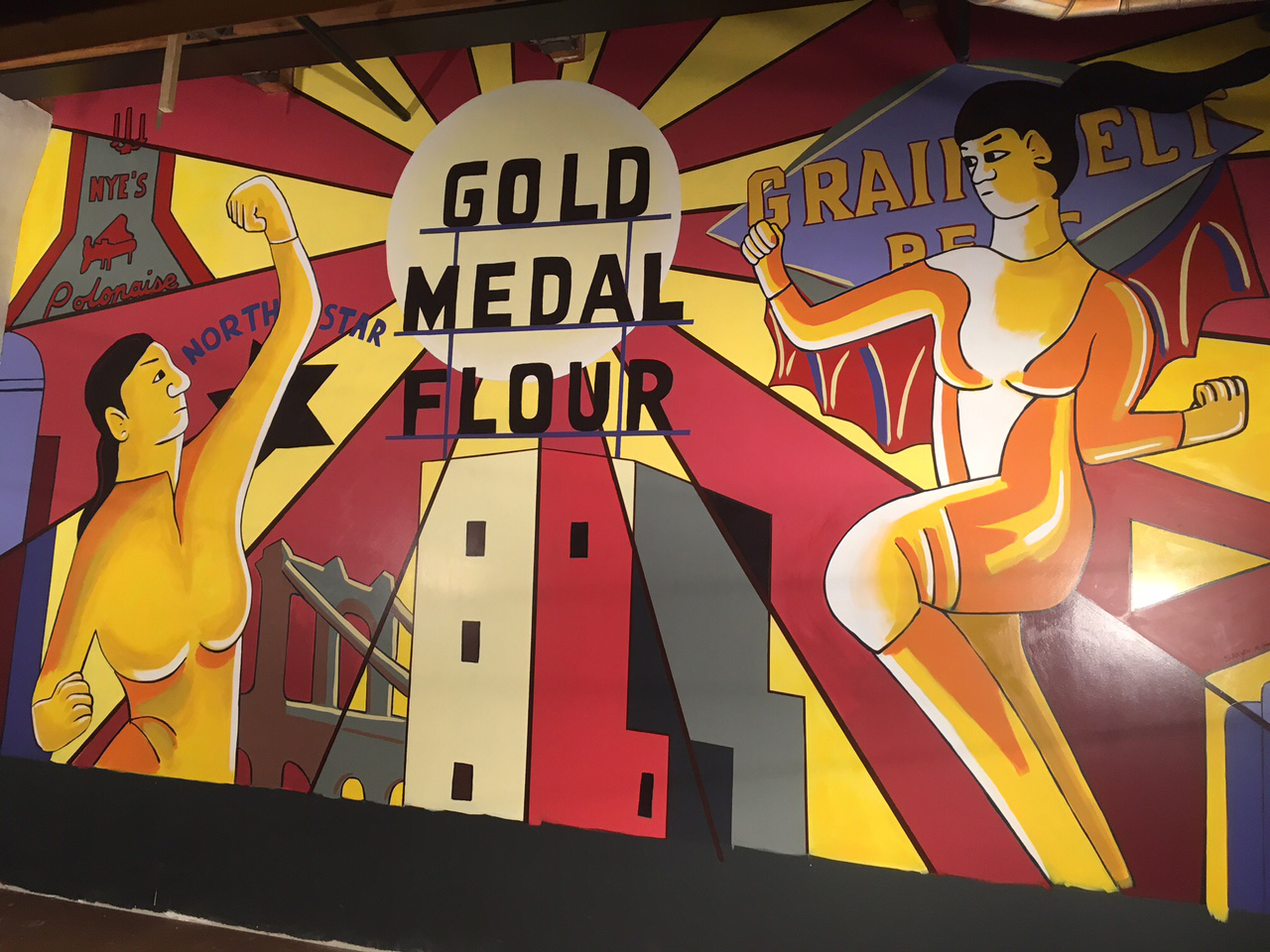 The Bad Waitress NE mural was created with a sense of place for its new location. We sought to honor the Twin Cities and NE Minneapolis heritage and history. The inspiration was superhero driven and a nod to the constructivist posters of the early 20th century

Integration into the space was vital in keeping with a seamless look and feel and a timeless quality. Mary and Andy are huge supporters of the arts in the Twin Cities and throughout the new Bad Waitress location, they incorporated art into the space wherever possible.

Working with the Shea Design team and the owners, Mary Guidera Cohen and Andy Cohen, there was a great sense of collaboration and understanding of how this mural would be a centerpiece to the new restaurant space. Not only is this mural visible to the diners inside the restaurant, but also on the street. The space has beautiful large windows and sits on a highly traveled road. At night the mural can be seen for a block away. This elevated it from a mural inside a business to a public mural that could be seen both inside and out.