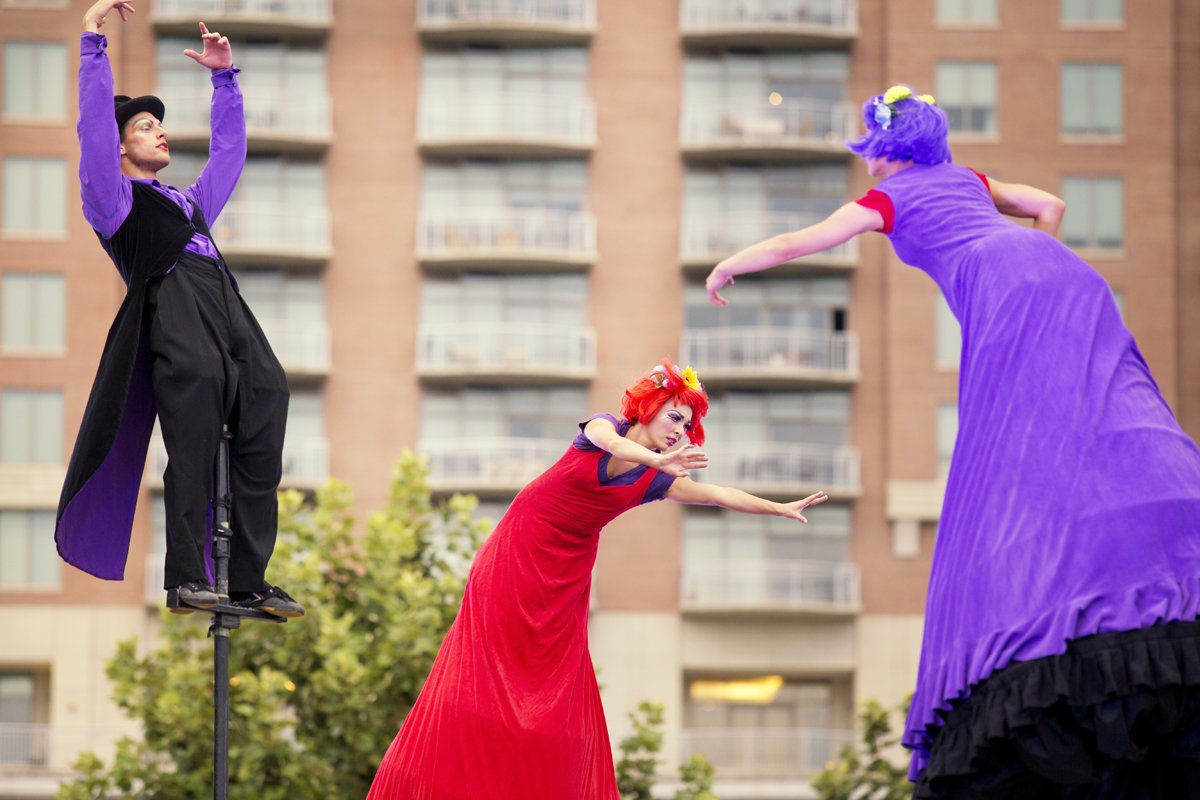 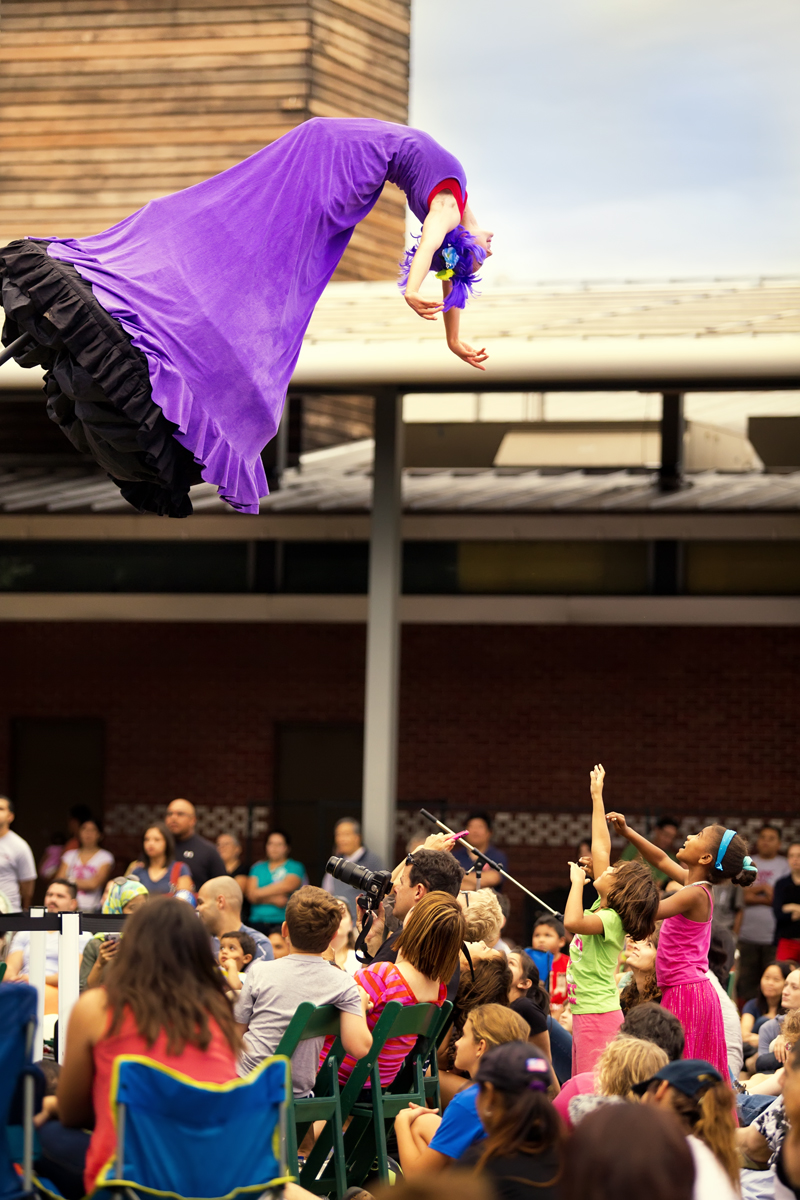 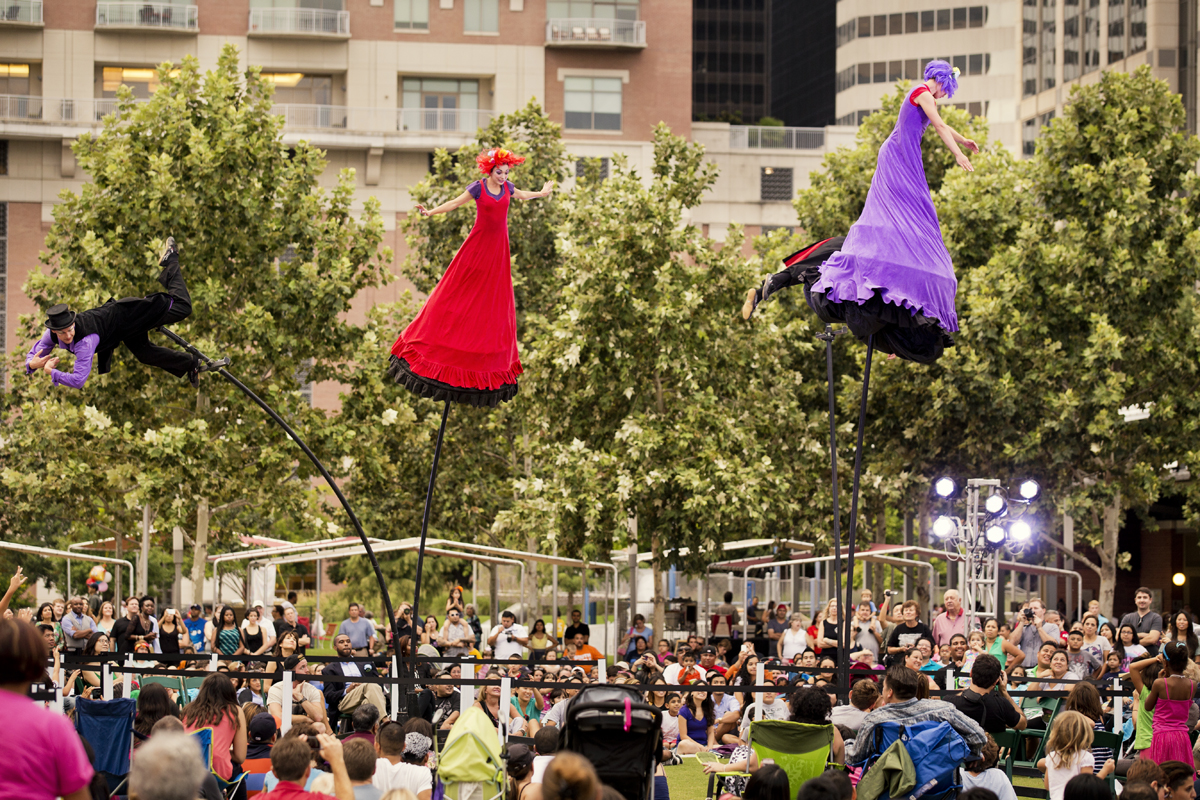 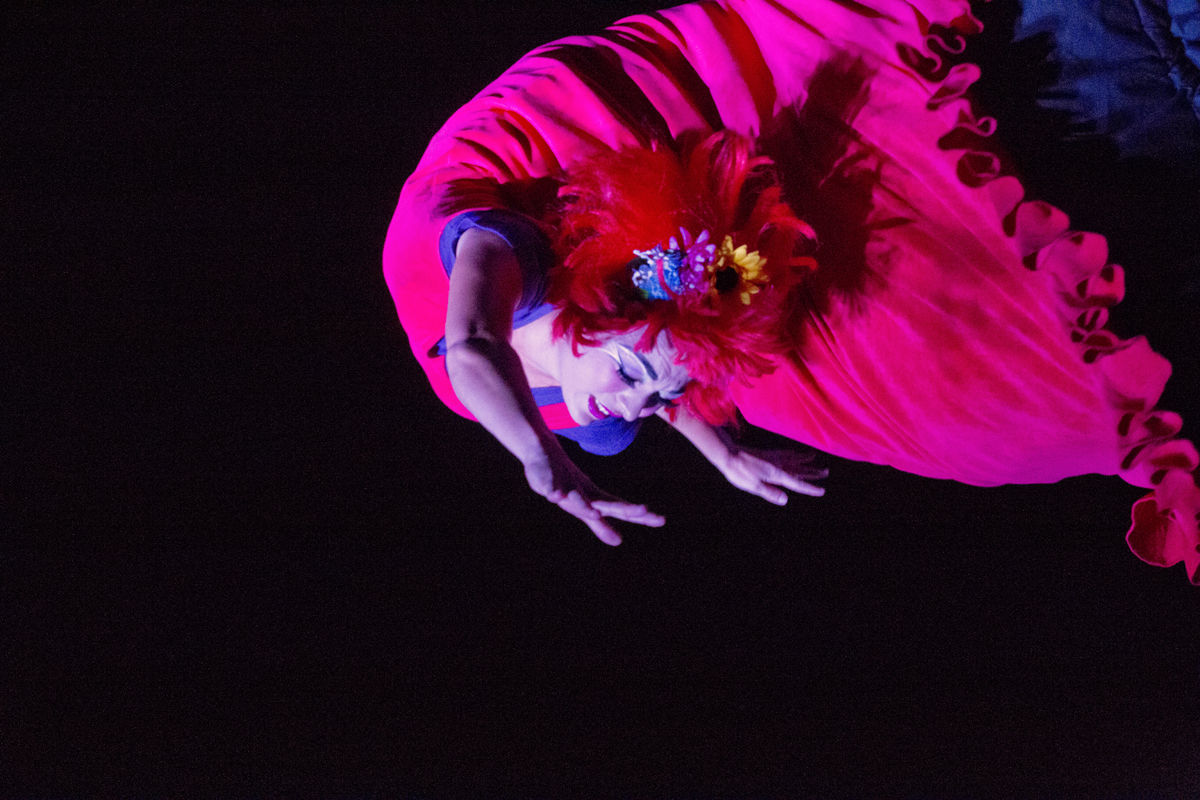 A combination of art, theater and dance are created when a group of four daredevils bend and sway to seemingly-impossible angles atop 14-foot poles. Australia’s Strange Fruit’s Swoon! is based on their signature work, The Field, which debuted in Australia in 1994. Inspired by a sway pole, a field of wheat swaying in the breeze, this image, together with an ensemble of color and a group of airborne characters, creates a magical and unforgettable story of love, loss, joy and freedom at Discovery Green in the shadow of Houston’s dynamic skyline and alongside century-old oak trees.

Although commissioned in Australia in 1994, there are universal themes in the work, which are still relevant today. At large, Strange Fruit’s work is more frequently performed in the public arena, and such the work was created with the notion of transforming public space in mind. The aesthetic of the work is abstracted to some degree but not to the point where the identity of the individual is lost or obscured. This is intended to highlight the humanity of the work rather than take it into the realm of complete abstraction.

The process of creation was reliant upon the dialogue between the performer and the apparatus. Effectively, what was being created was a new theatrical language. Structured improvisation was used as the primary tool for building the sequences being performed with considerable attention given to individual actions and reactions taking place within the context of an ensemble-based performance. The content was then shaped by the direction imposed in relation to the context for the performance.

Although the work remains repertoire-based, the structure and content is, at times, deliberately altered to allow the work to retain its sense of innocence. Discovery Green chose to present this work of art because it speaks to the park’s truly diverse audience—all ages, backgrounds, languages and interests.