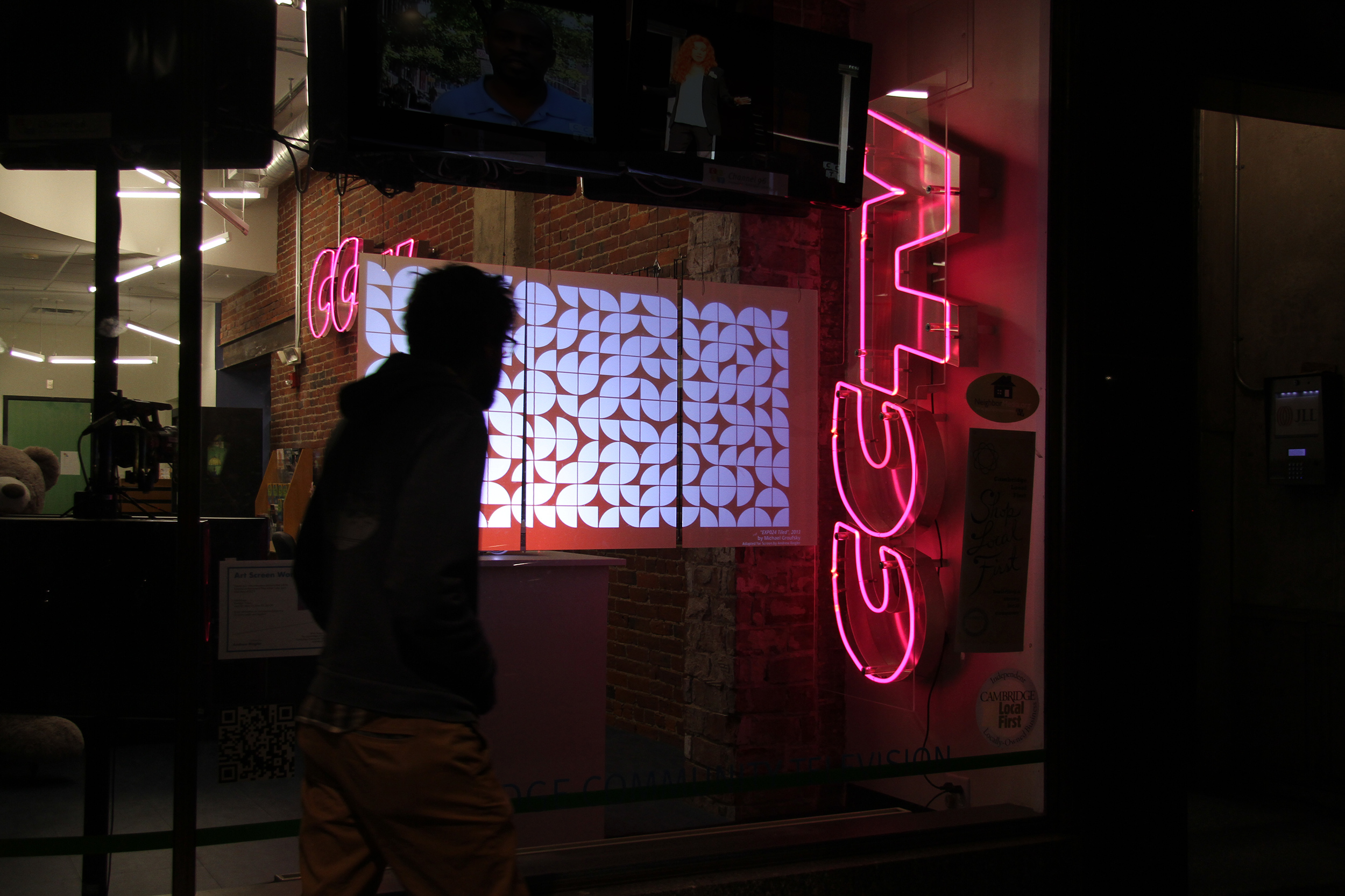 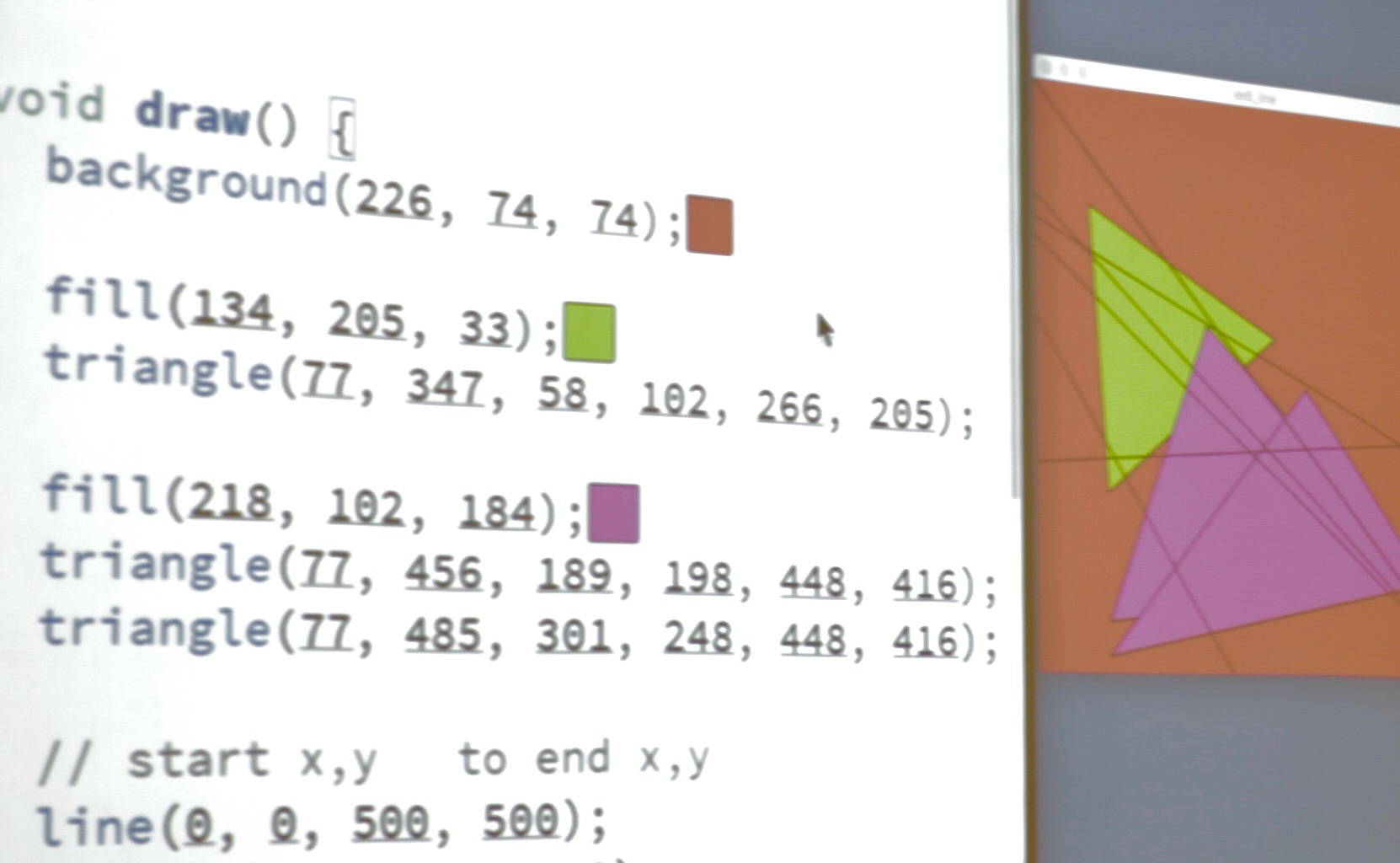 Art Screen Workshop is a two part project centered around interactive art and education. It is a a public street facing interactive screen as well as a series of free programming workshops.

The free public workshops were designed to teach people how to computer program, creating interactive artworks. I taught several workshops at Cambridge Community Television (CCTV) in which non programmer students of all ages learned to program using the Processing programming language. At the end of each workshop each student produced a work of interactive generative visual art. During the workshop students could test their artwork on a computer station and on the final public facing screen.

This project allows the public to experience and interact with interactive generative digital art while also allowing them to participate in the process of designing such art.