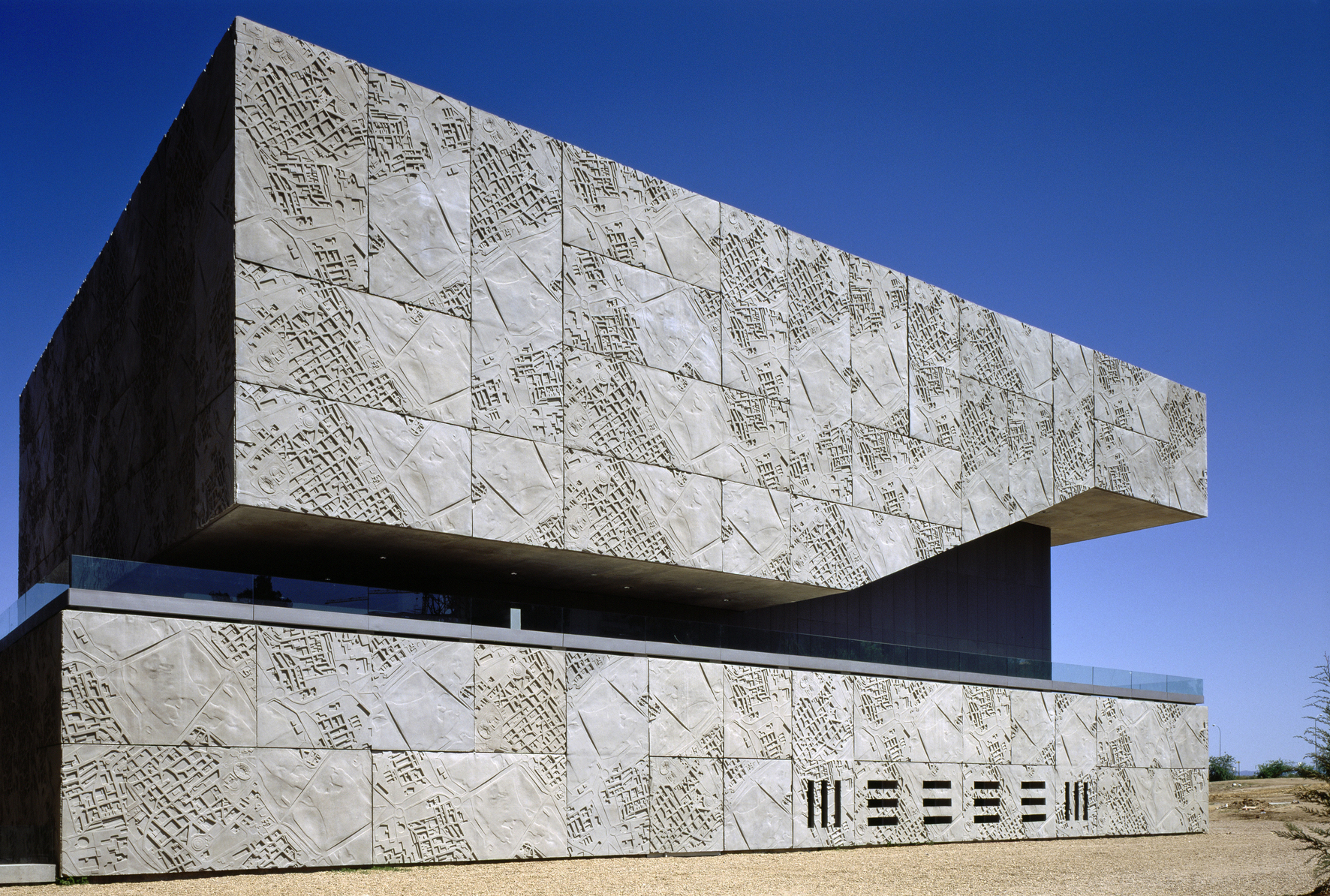 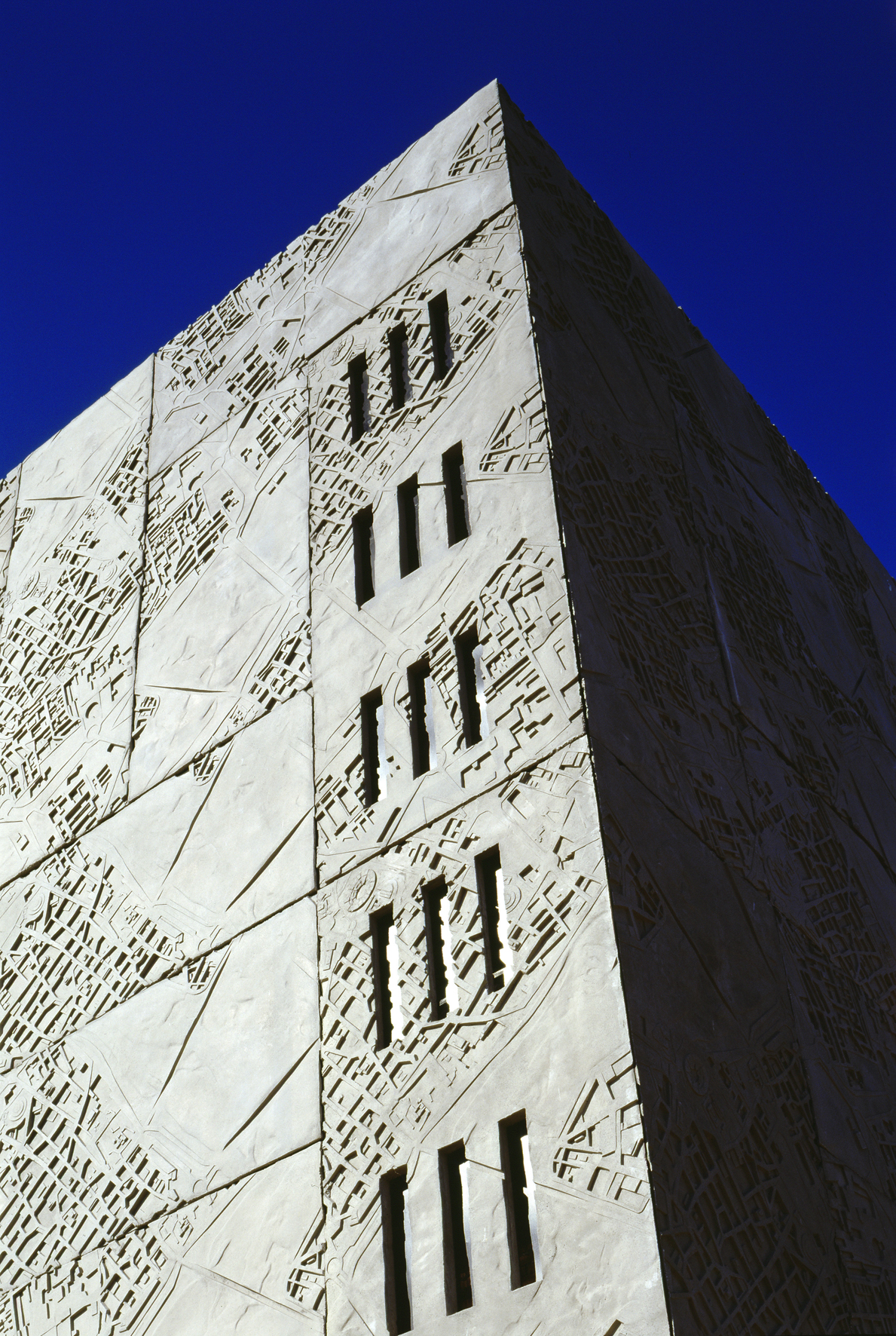 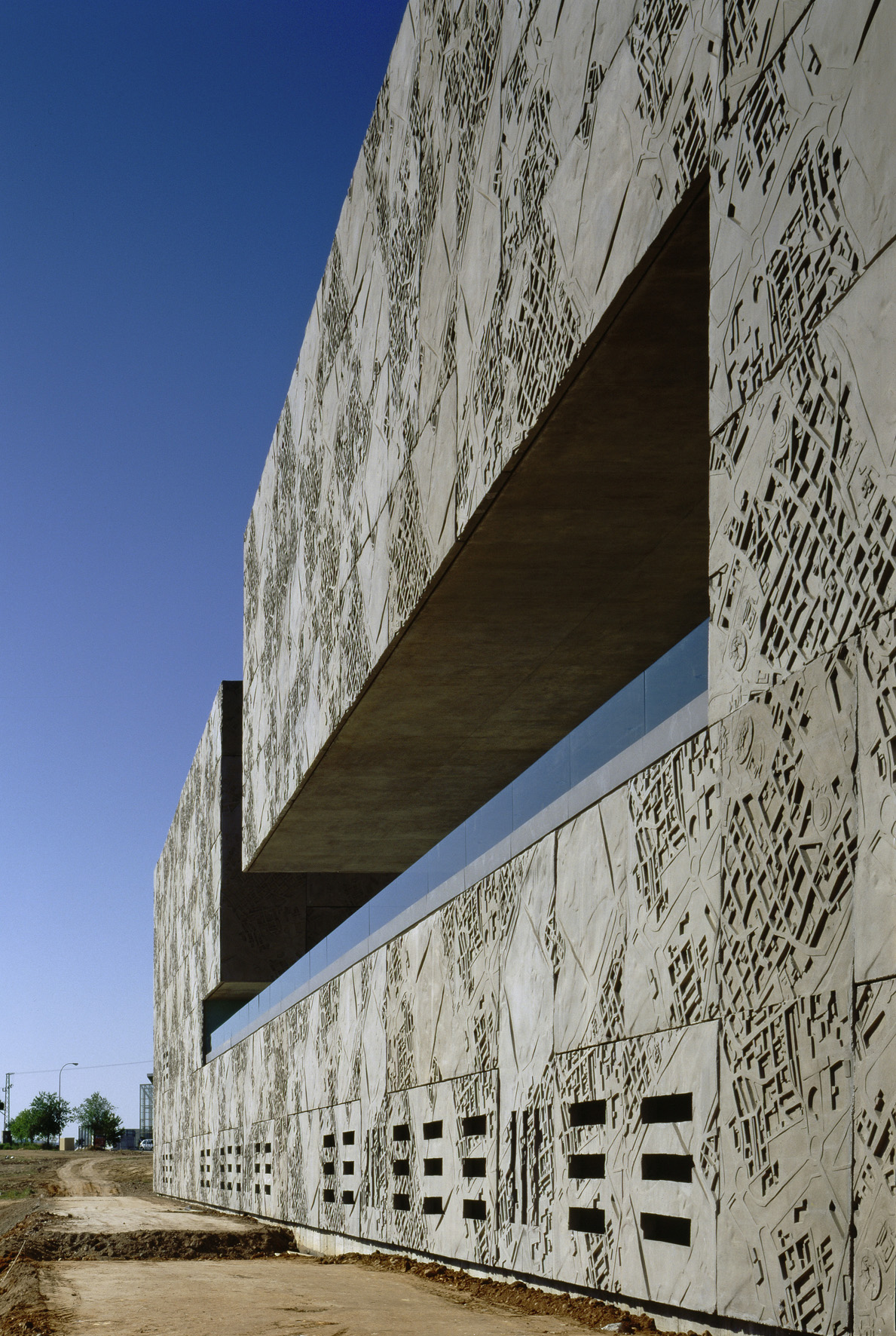 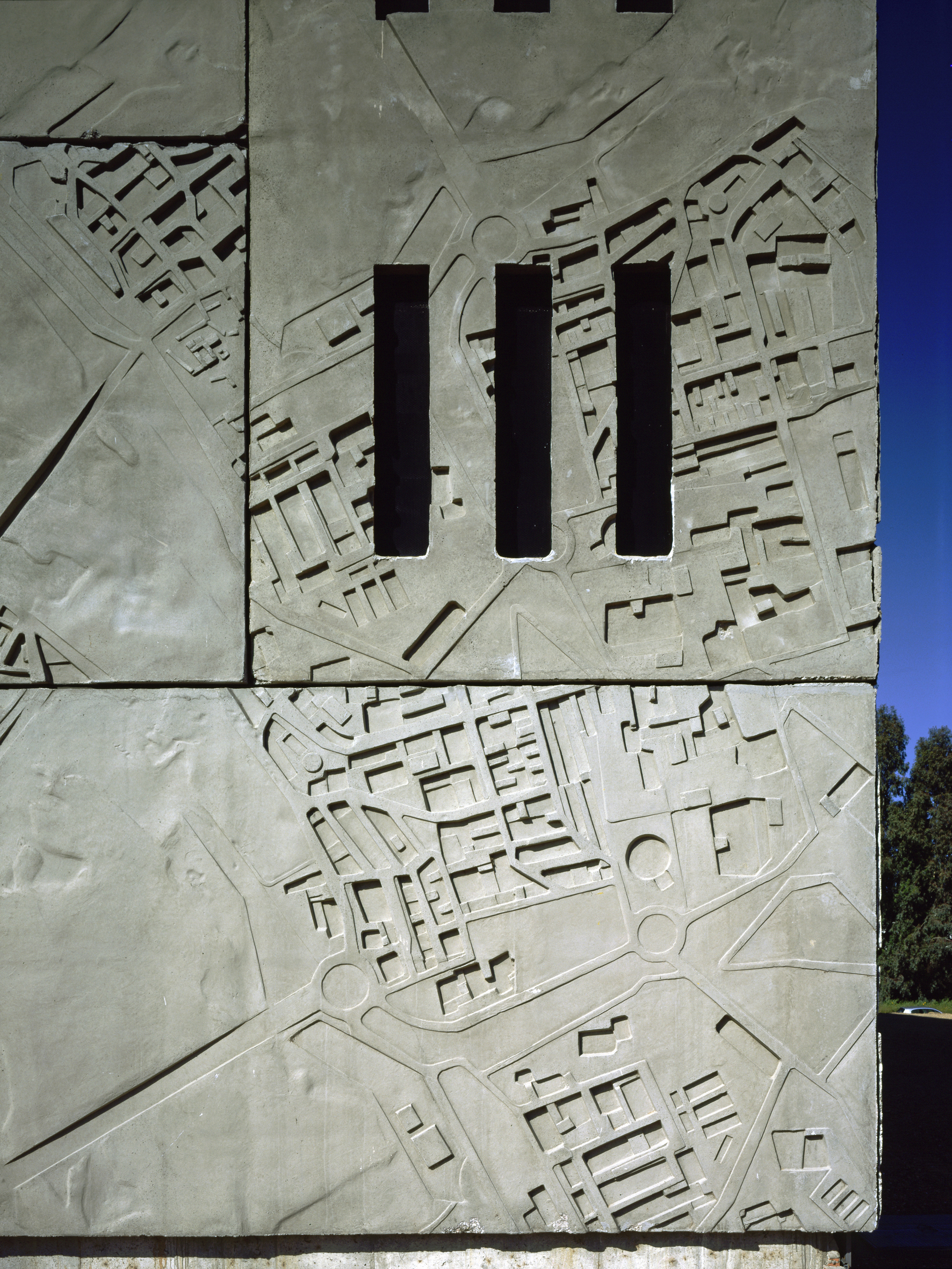 The outer face of the Merida's Congress and Exhibition Centre was developed from a unique piece that represents a longitudinal section of the city of Merida. From this single piece of 720 X 240 X 15 cm and using different combinations, five different panels were developed to form five rubber moulds. The result is the creation of five concrete panels with repetitive elements which are in turn arranged in four basic groupings. This generates a combinatorial system that becomes the epidermis of the building, which is characterized by the continuity of a petrous material (concrete).

The main challenge of the Archaeological Epidermis was to make the right decision regarding the frame, scale and volume of the main panel, from which the remaining panels were generated, which were repeated in a combinatorial system along the whole facade. The fact of delegating all the responsibility of the exterior skin of the building, 5,200 m2, to the design of an artist, constitutes a huge challenge and responsibility. The sculptural intervention in the building is totally integrated, from the beginning it was worked in close collaboration with the architects NietoSobejano. The intervention refers to the Roman past of the city of Mérida.

The work process was done together from the beginning. The architects NietoSobejano called me in their studio as soon as they won the project and, from the beginning, we worked closely in all the decisions of the artistic intervention. From the design of the urban plot, its density, its framing; up to the initial prototypes, the production of rubber molds and serial production. The whole process was monitored and the decisions were taken together. It was a totally enriching experience.