And That’s The Way It Is - CODAworx 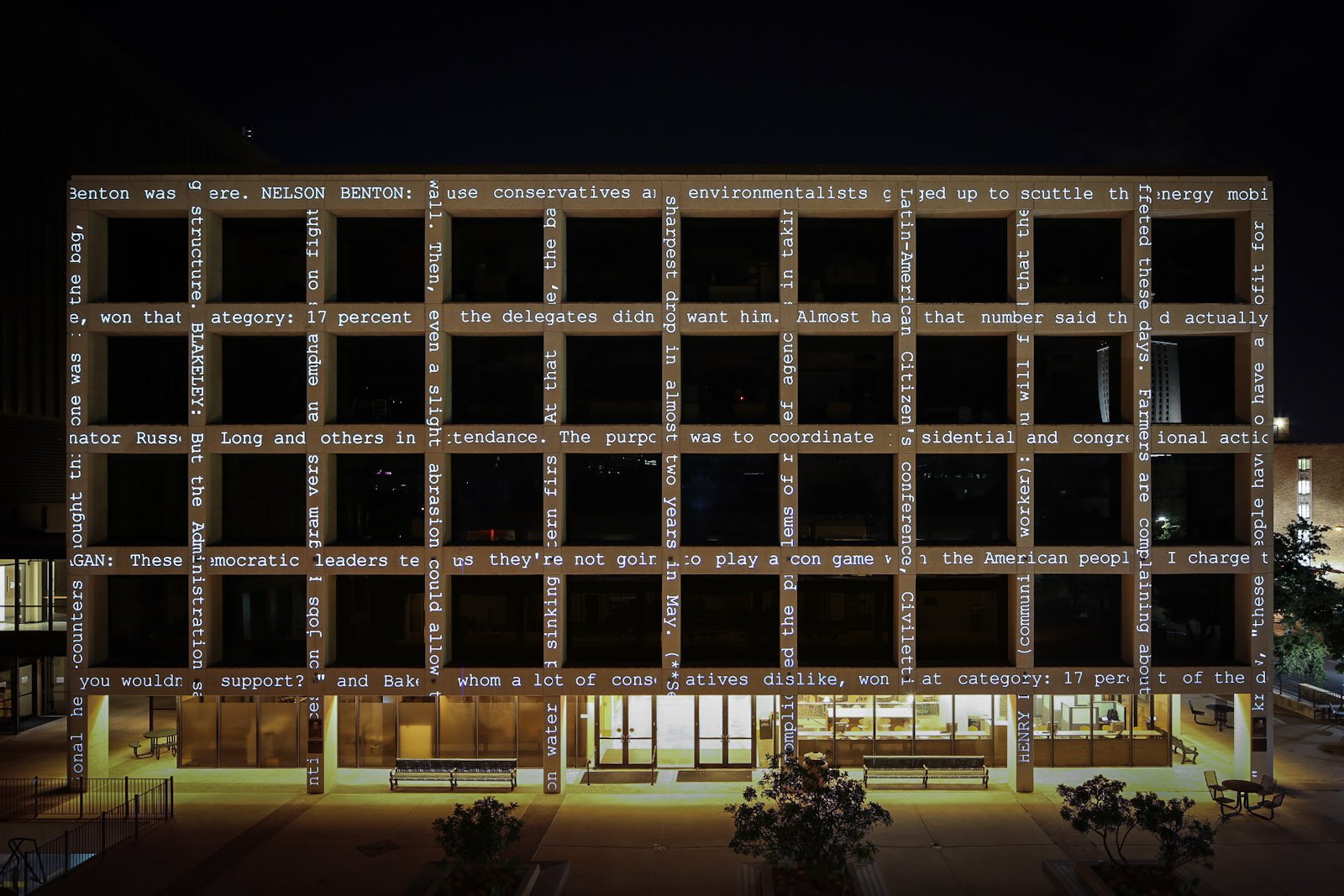 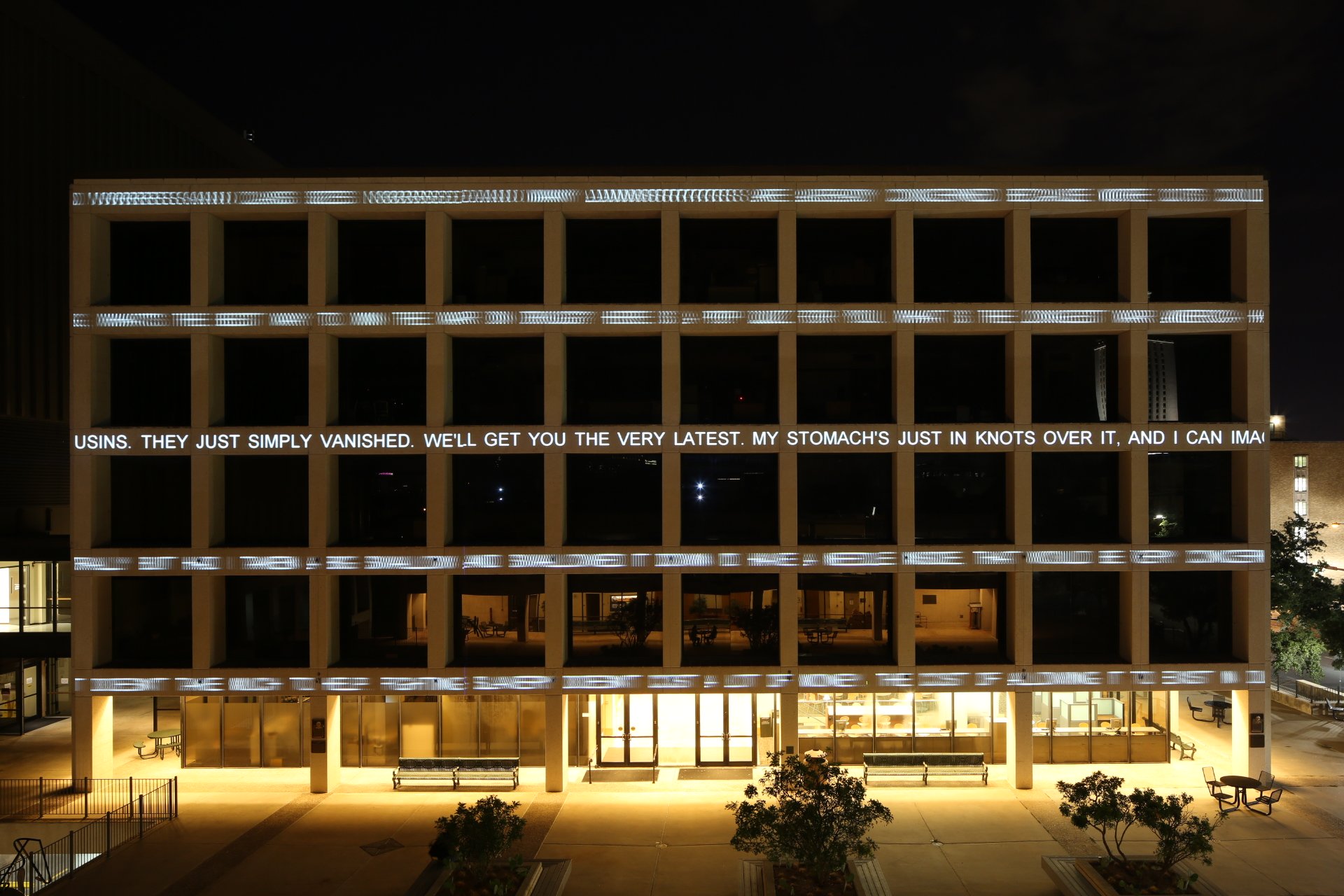 Client: The University of Texas at Austin

Landmarks commissioned media artist Ben Rubin to create an artwork for The University of Texas’s Walter Cronkite Plaza. This six-channel video projection, “And That’s The Way It Is”, is a meditation on 21st century broadcast journalism. It is projected on the façade of a communications building built by O’Neil Ford, and is dedicated to the university’s well-known alumnus.

The piece consists of an evolving stream of text vignettes projected vertically and horizontally on the grid-like façade of the building. It visually juxtaposes historical CBS Evening News broadcasts from the Cronkite era with current news broadcasts, varying in content and style.

During construction of a new communications building, the university realized the need to reinvigorate the existing communications plaza, recently rededicated as Walter Cronkite Plaza. The art commissioned for this space would need to enliven the space, be meaningful to the communications community and provide opportunity for contemplation of the dynamic nature of communications. Landmarks selected Rubin, a pioneer in the electronic arts movement, to accomplish its goals. Rubin’s skilled use of electronic media allowed him to connect the past and present through patterns of information. After digitizing historical transcripts from the Cronkite era, Rubin used his proprietary software to scan them for various patterns in words and phrases. The software also allows language in the text vignettes to adapt to reflect current events as daily news is generated, feeding the piece with an ever-changing stream of content. While its subject matter connects to the academic mission of the surrounding communications buildings, it goes a step further by encouraging contemplation of the rapidly-changing, media-rich world in which we live.

The project involved collaboration not only between Landmarks and Rubin, but also with other university groups such as the College of Communication, the Dolph Briscoe Center for American History and the School of Information.

To realize the project, Rubin accessed historic transcripts from the Cronkite era through the extensive Cronkite archives at the Briscoe Center for American History. He also worked with the College of Information to include additional transcripts stored on microfiche at the Perry Castaneda Library.

Overall, Rubin’s commissioned piece provides insight and perspective into the study of communications, encouraging students to view the discipline on multiple levels. It raises issues surrounding the definition of news itself, and how communications styles have changed over time. From the method and site of projection, to the content selected, to the content’s style, Ben Rubin’s "And That’s The Way It Is" embodies artistic collaboration within a public university.

It is difficult to convey the scale and impact of this piece without experiencing it in person. The movement creates a powerful kinesthetic experience. When up-to-the-minute snippets of daily news appears, it evokes many associations that result in a feeling of connectedness.