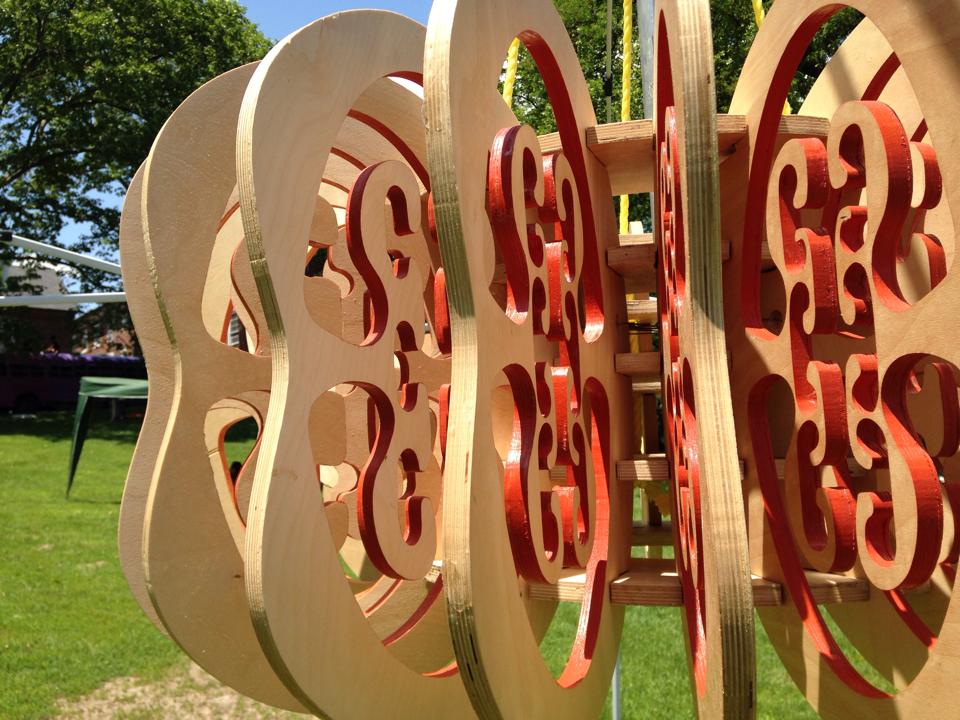 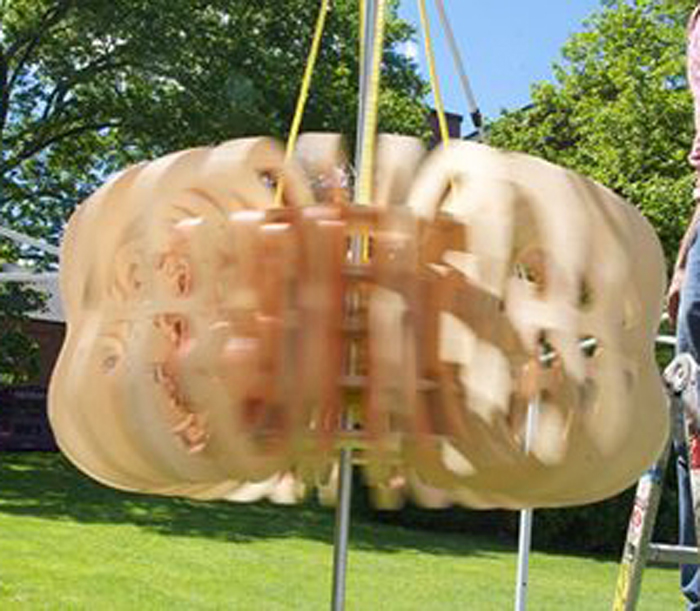 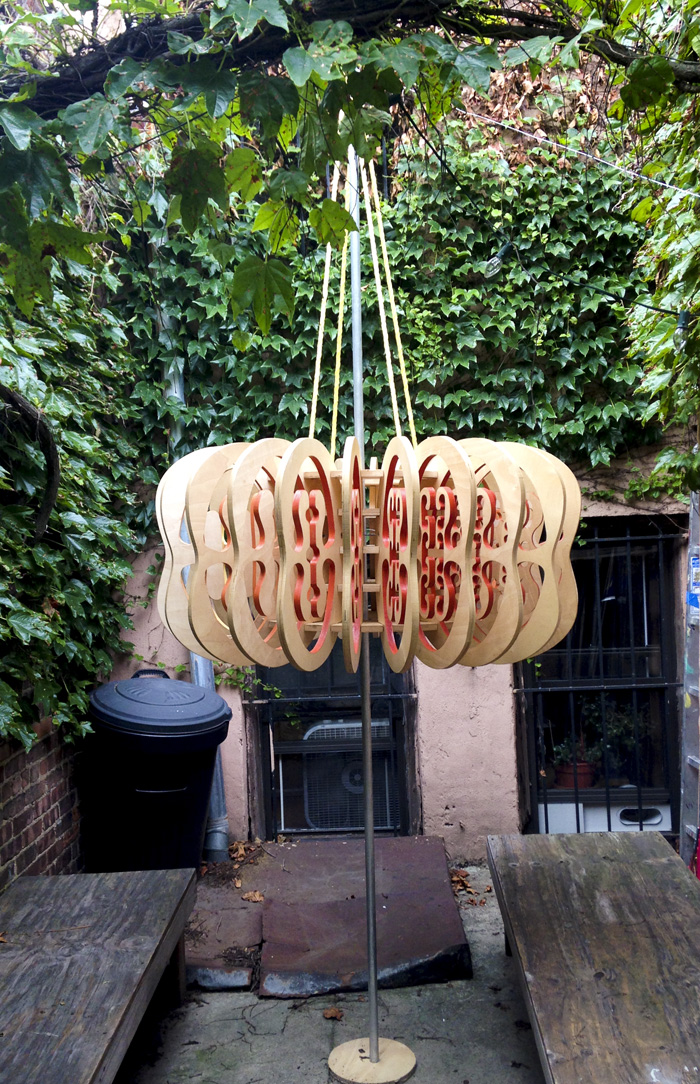 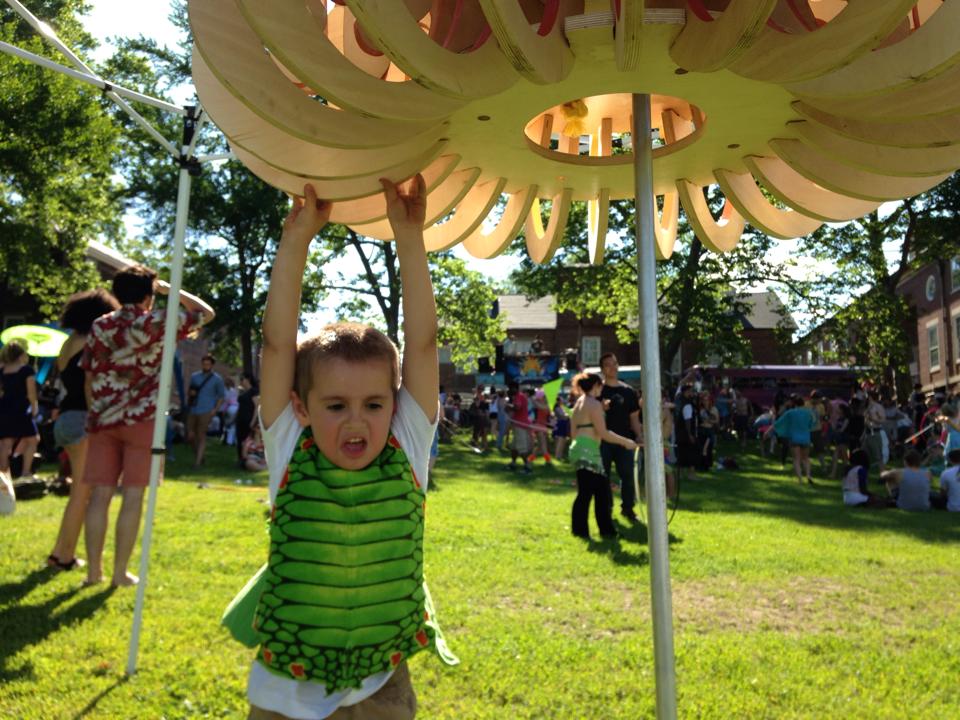 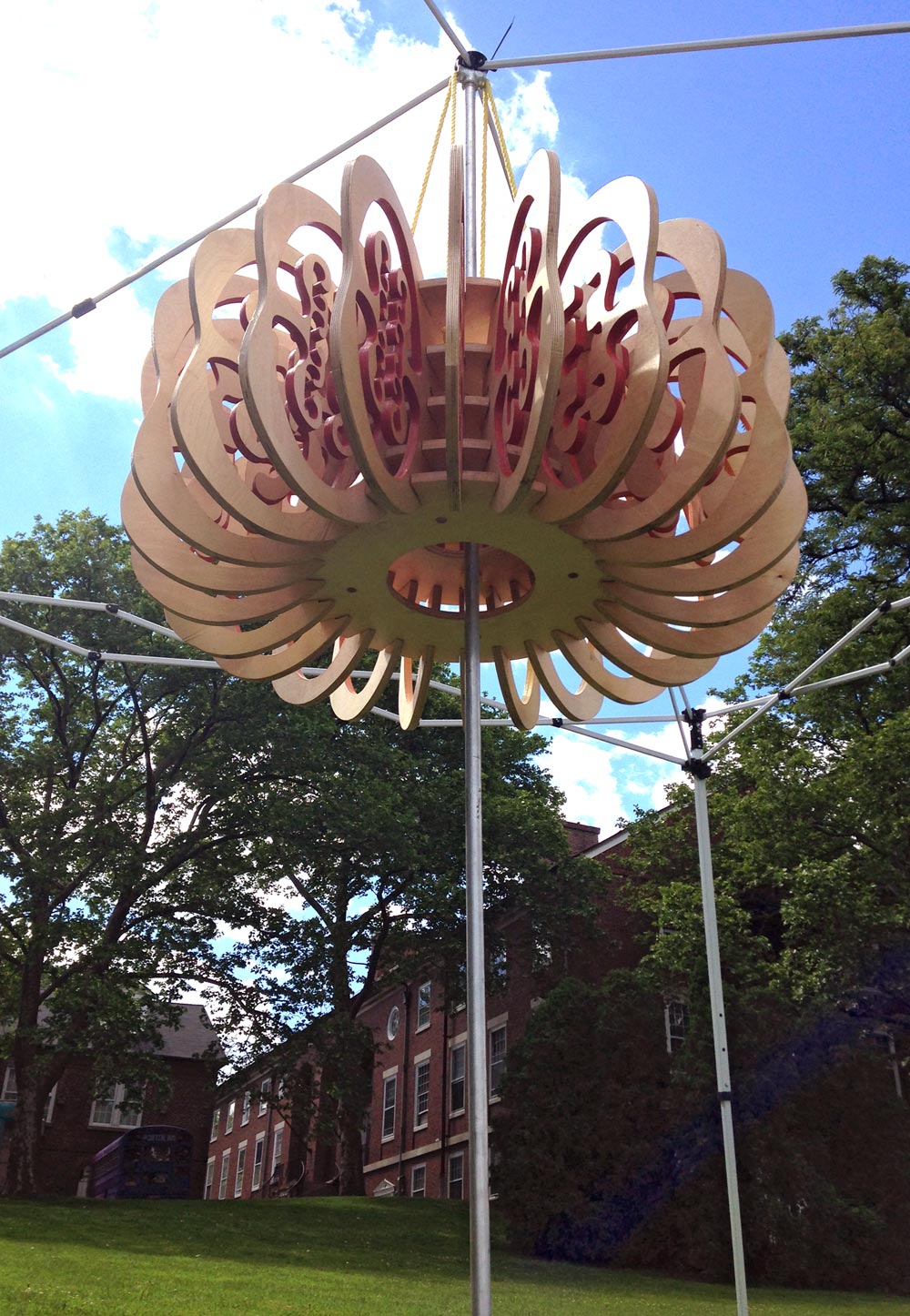 Amoebic Merry Go Round – by Seema Lisa Pandya, is an interactive kinetic public sculpture that creates an animated effect with progressively growing formed shapes cut into the negative space. As the piece is turned, the ropes above twist building up kinetic potential energy. When released, the piece spins creating an animated effect similar to a zoetrope through the negative cut out space of growing organic complexity. It runs on glee and fun as a renewable energy source. It is wood carved MDF 5′-0″ x 5′-0″ x 2′-6″.

Public interaction was the main goal of the project since it was for the Figment arts festival. Interaction means that festival goers were encouraged to touch the art and spin the sculpture in order to activate kinetic delight. Creating something that was eye catching from a far and then more enticing once the audience approached is was a key goal of the design. Also, since festival goers would we physically interacting with the piece, durability and safety were also key components in the design.