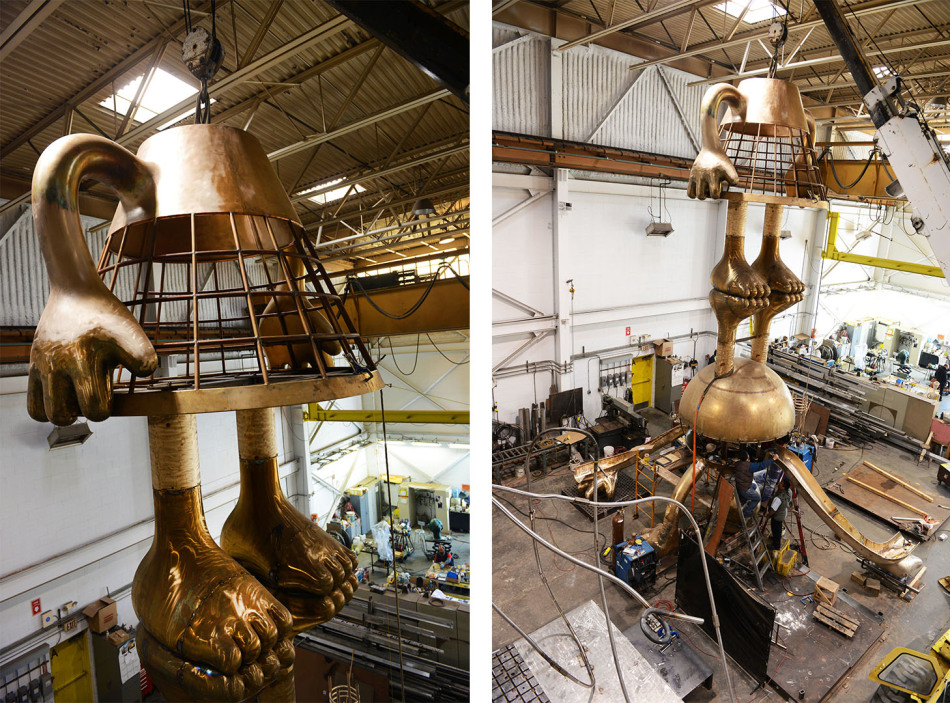 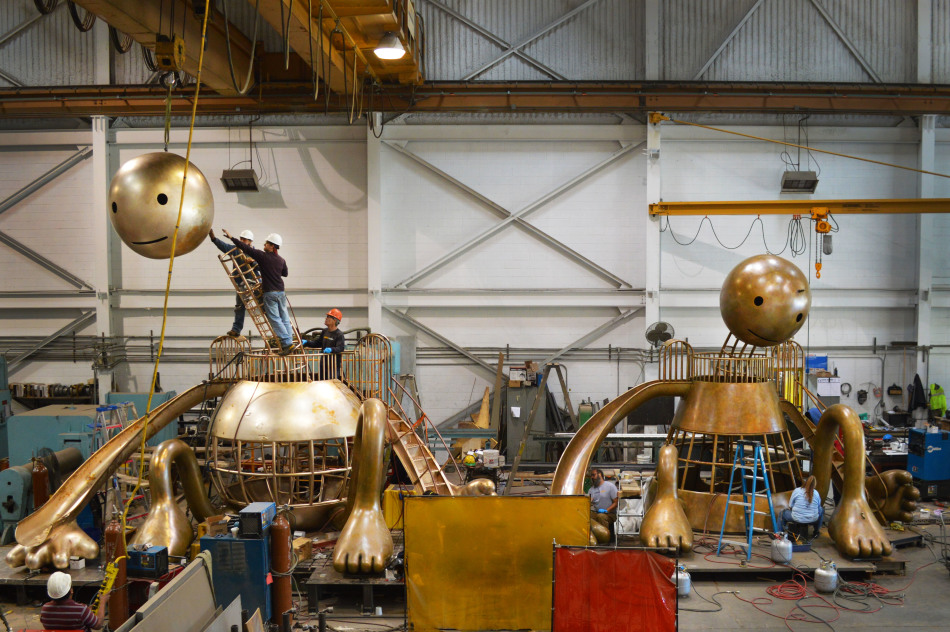 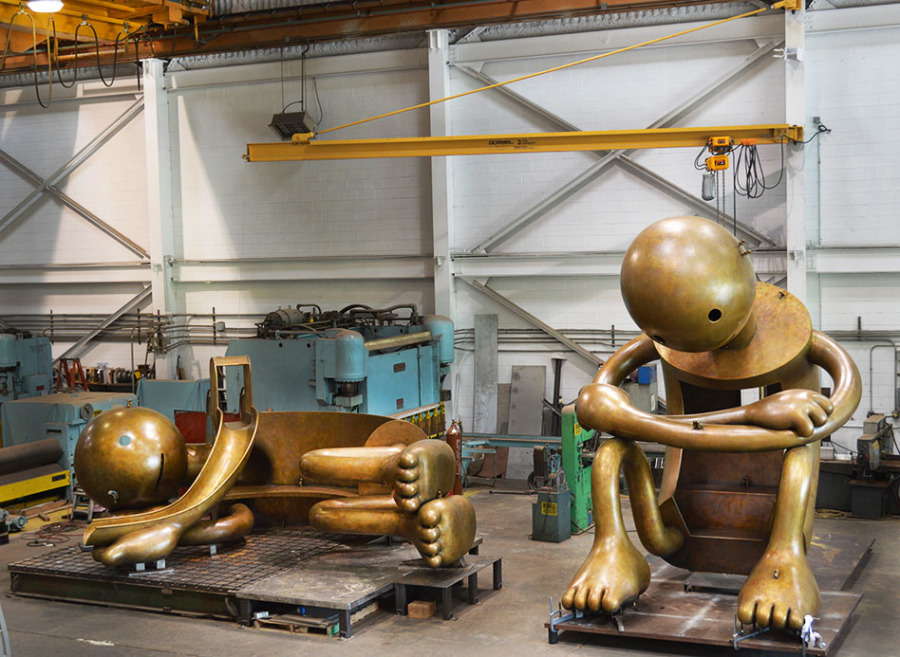 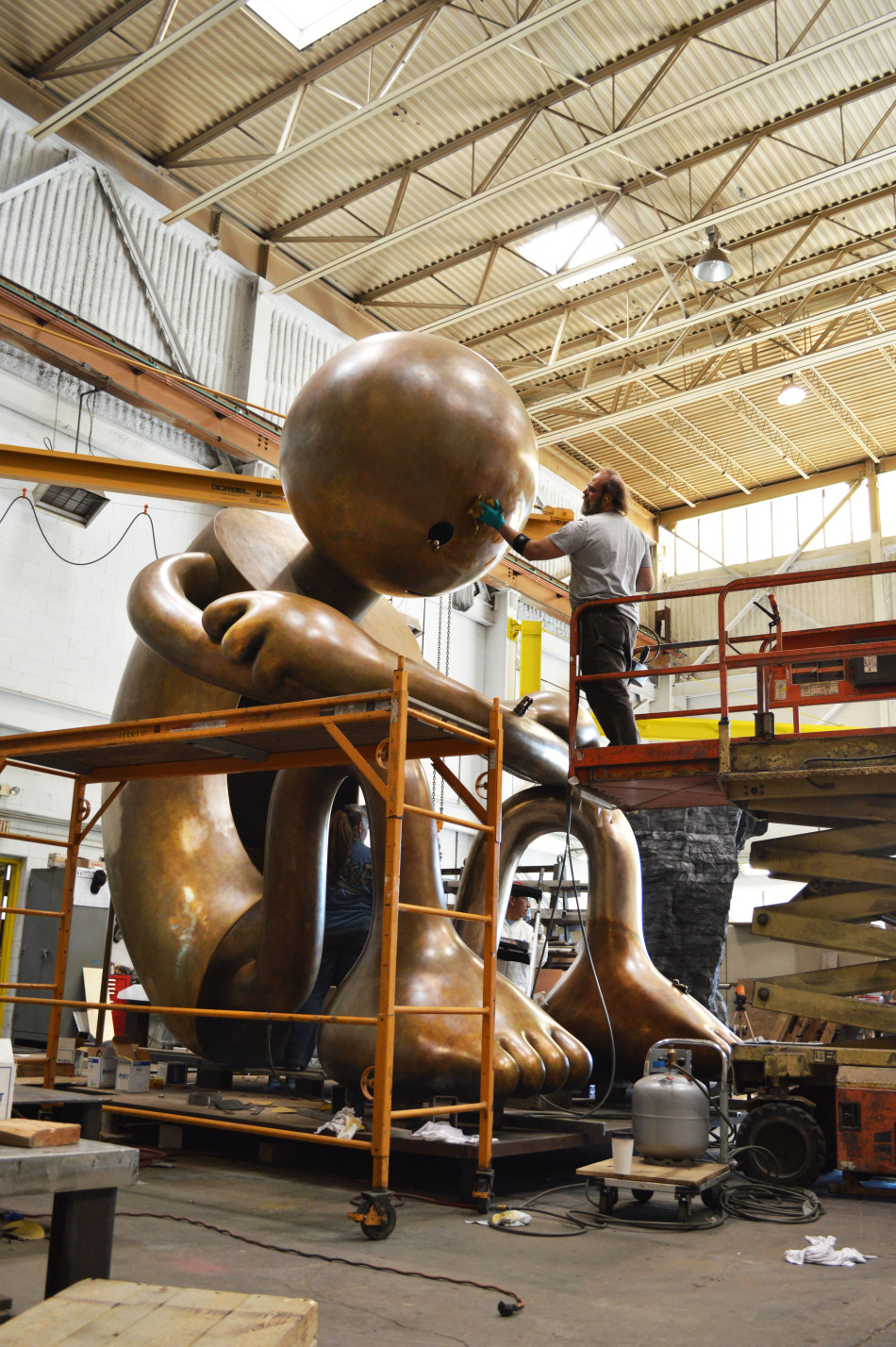 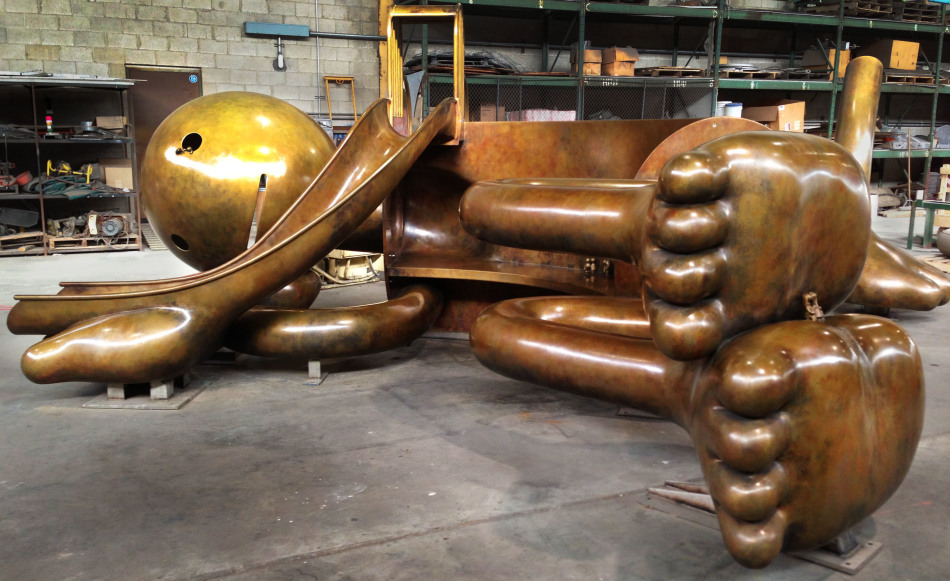 Tom Otterness‘ playful artistic style is recognizable to every New Yorker, many Midwesterners, and now, to every businessperson and globetrotter passing through Qatar’s Hamad International Airport. The Qatar Museum Authority headed by Sheikha Al Mayassa Bint Hamad Bin Khalifa Al Thani commissioned Otterness to design the Playground. The organization wishes to ‘extend art beyond its traditional museum model, and into public spaces.’

The oversized sitting figures, laying down figures, and the awe-inspiring 4-story tall double headstand figures invite children and adults to sit, slide, play, and interact with the sculpture.

Polich Tallix transformed the studio’s hard work in to bronze using a combination of fabrication methods. After a structural engineer approved the design, a pattern was sculpted or milled in foam for each of the curved and rounded surfaces, including the figures’ heads and the slide arms. More complicated areas were rubber molded for lost wax casting, though the majority of the cast pieces were sandcast. Many elements, such as the stairs, ladders, and bodies, were fabricated using stock silicon bronze tube, or rolled from stock silicon bronze sheet. Once every component had been cast or fabricated for a single figure, the fabrication team assembled and welded the pieces together and evenly sanded the surfaces. Alongside work being done on large figures, the artist sculpted, molded and cast several small figures approximately 6 inches high, many of them dressed in traditional Qatari attire.

The project came to Polich Tallix in late 2011 after Tom Otterness Studio had completed years of planning, modeling, drawing, engineering, and sculpting. Tom has been casting with Dick Polich for over three decades. He has become somewhat of a regular since 2011, overseeing his largest, most impressive project yet, Otterness has installed large scale sculpture all over the United States and the Netherlands, including a few playgrounds in New York City, yet nothing quite compares to the three newest ‘Activity Nodes’ scattered about the Qatar airport.