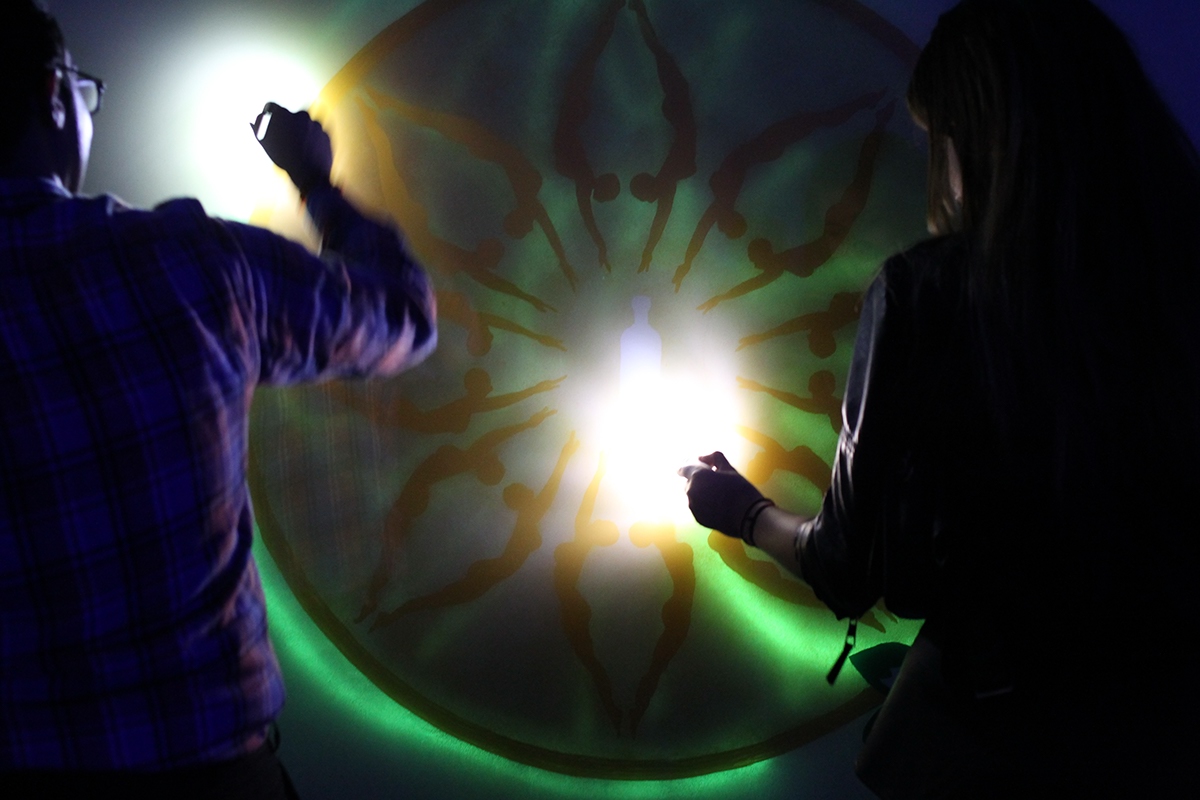 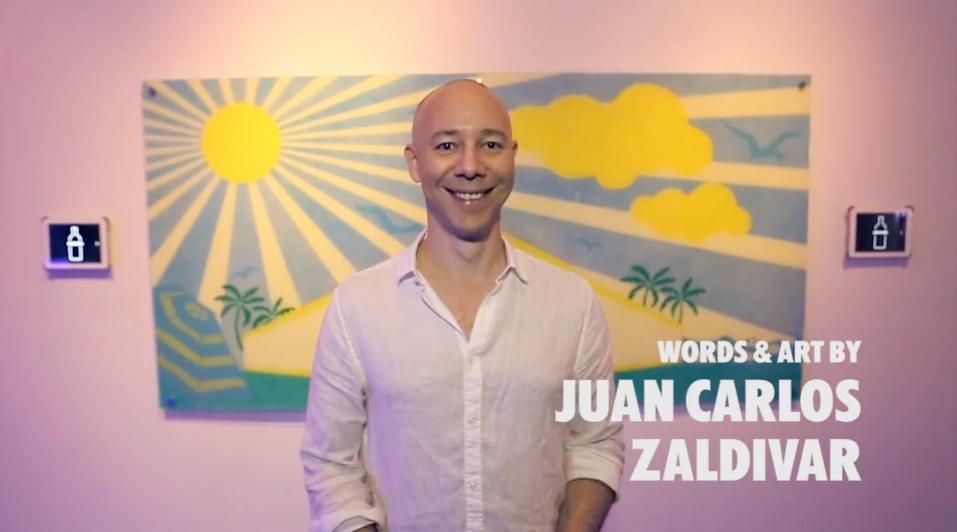 Commission for two, interactive, phosphorescent murals that would allow the public to interact playfully with the ABSOLUT brand.

Absolut Citron was launched in Miami because Miami is known for Florida oranges, which is one of the state's symbols. Florida is also known for its sunshine and for its Art Deco and MiMo architecture. The client [Absolut] wanted the brand integrated into the design, so I actually found an Art Deco hotel which entrance closely resembled an Absolut bottle and used this as an element of one of the murals. The second design also drew on Miami's early, glamorous Hollywood history and so I included the shape of the bottle to be discovered through the light interaction inside orange-like shape that was reminiscent of Esther William's famous synchronized swimming follies.

Remezcla Magazine served as the agent to the client and so they handled all communications, though I was always present. First, we had a series of meetings where I pitched several interactive proposals involving light and the the client [Absolut] loved the mural idea so we set out to work. Next we discussed color palettes and design pre-requisites, such as including the brand and the shape of the bottle in the art work. Finally we spoke about placement in the space to maximize exposure and visibility.