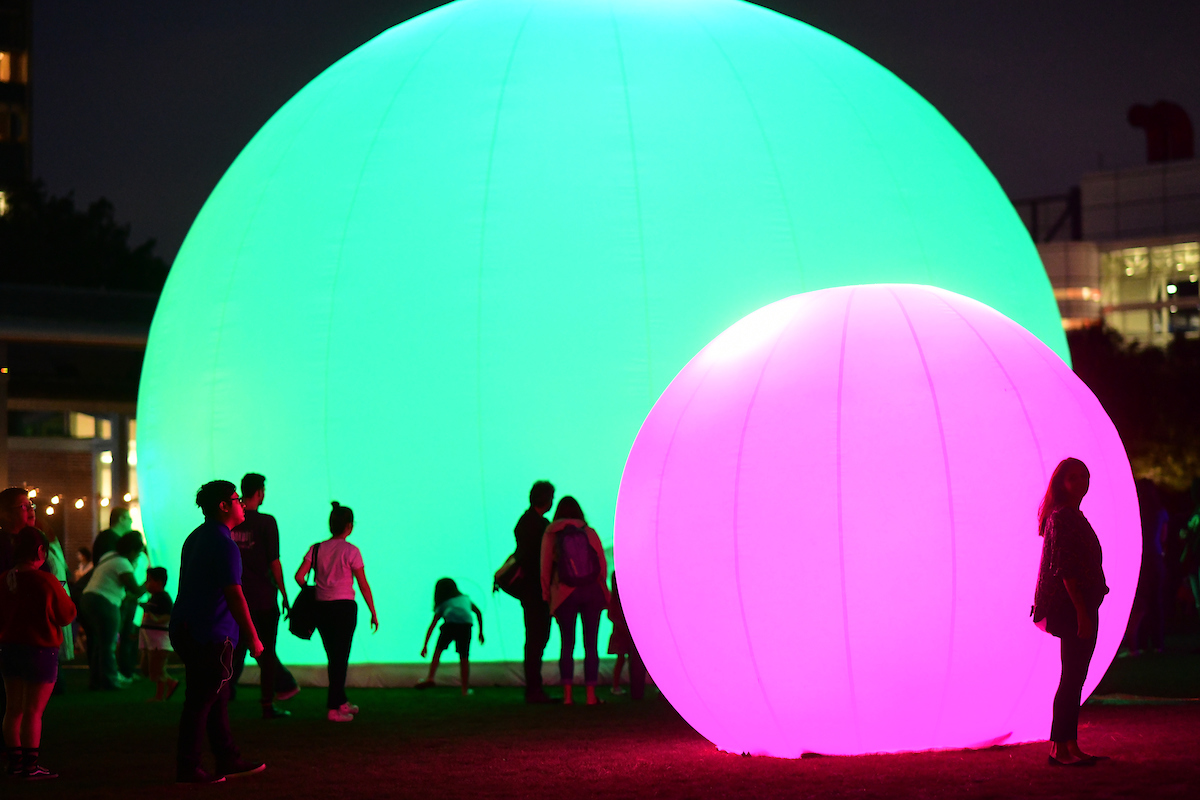 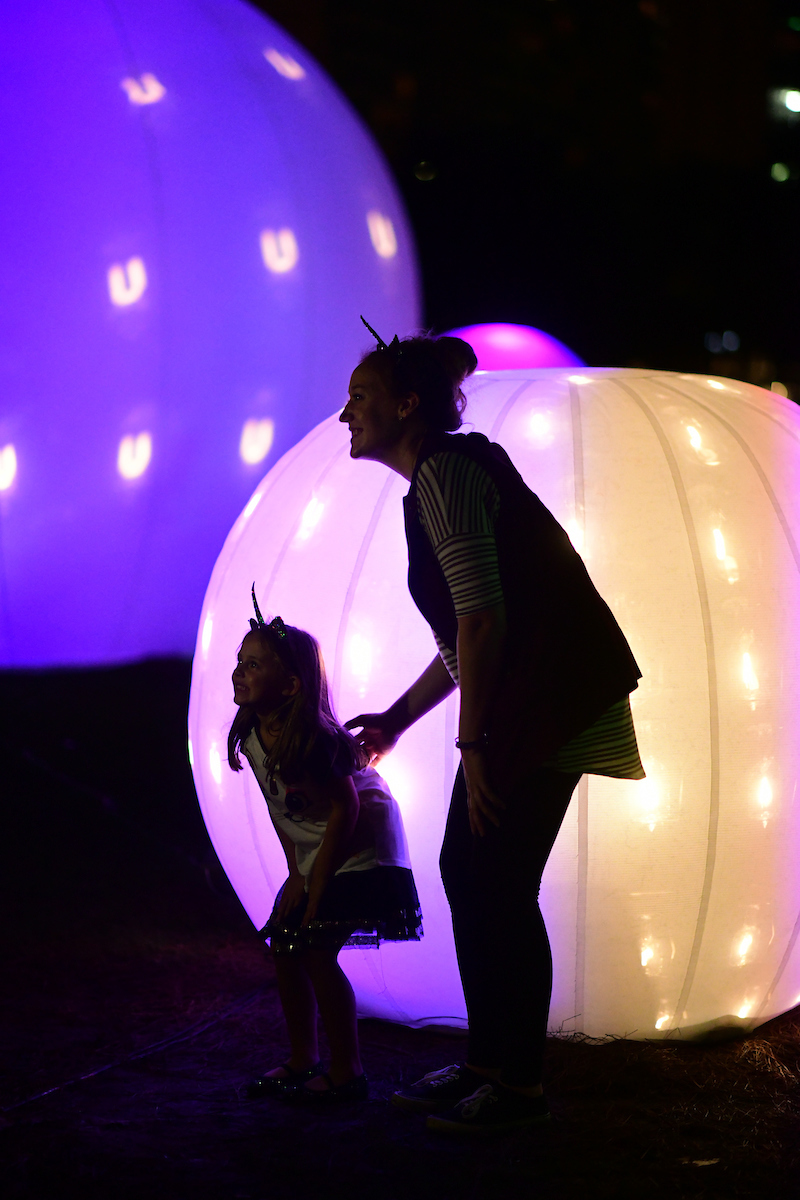 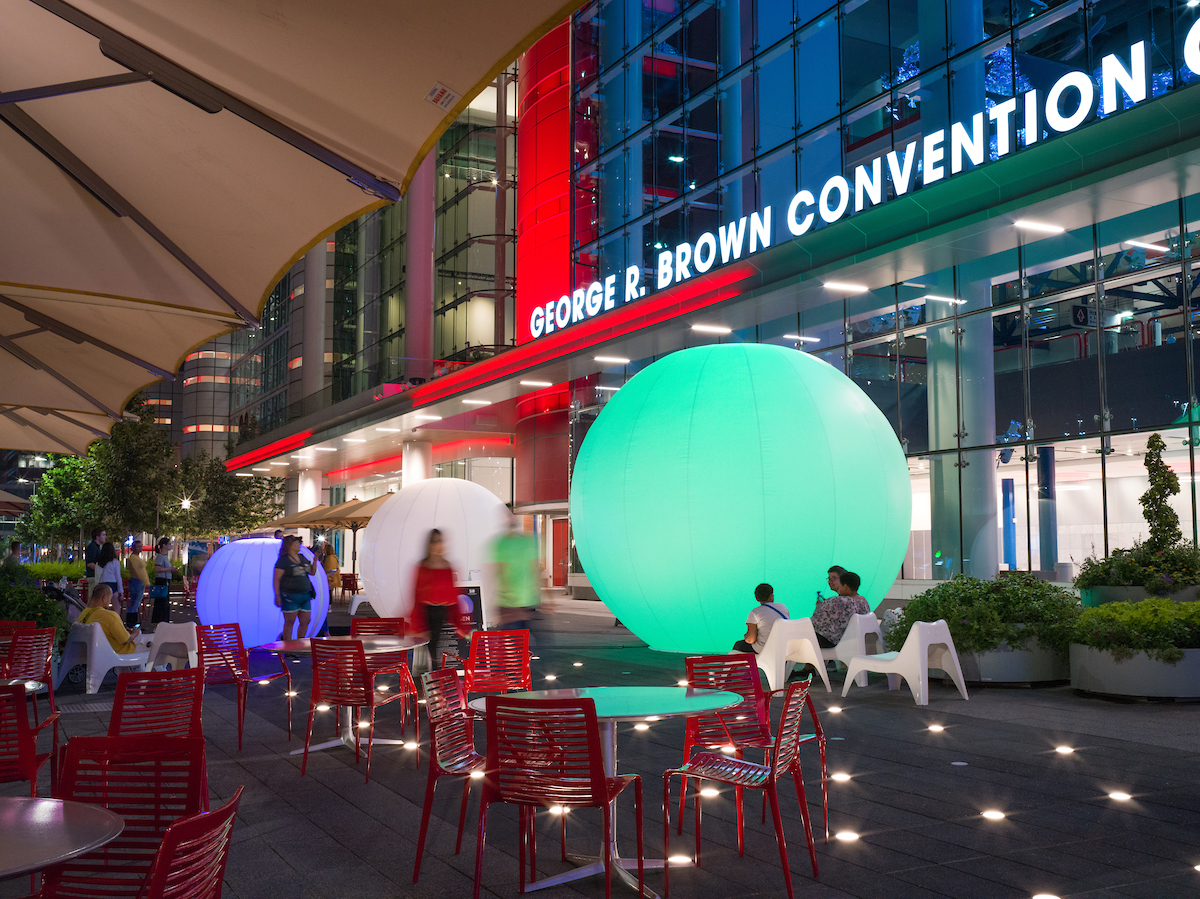 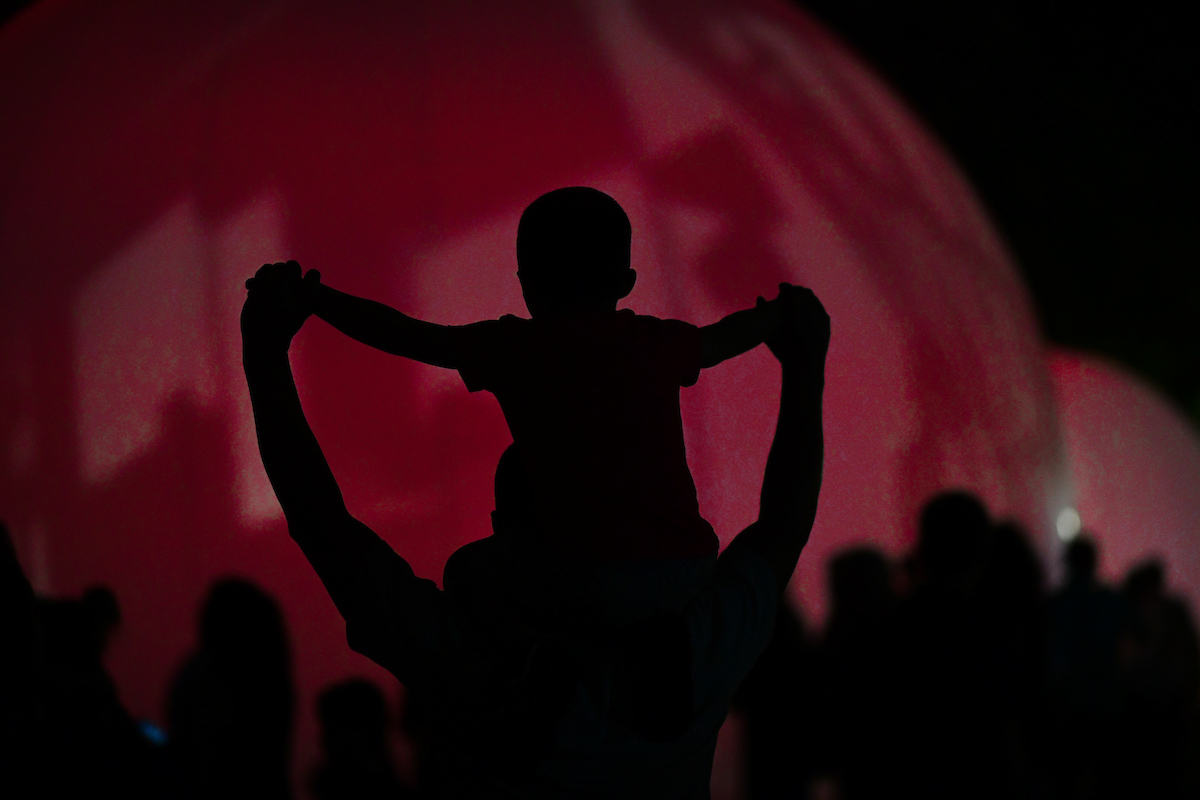 Montreal art collective Lucion brought moonGARDEN, a series of 22 illuminated spheres ranging in size from 6 to 30 feet in diameter, to Discovery Green for 10 days in October 2018. Each sphere starts with a drawing, then different techniques and materials— including origami, laser-cut plywood, found objects and colored transparent sheets create vignettes that are placed on platforms inside of each self-inflated sphere. Projectors and LED lights shine on the scenes, casting shadows on the vinyl walls; as the lights move and flash, the images appear to dance, resulting in immersive “stories” visible from the outside.

Since Lucion first produced moonGARDEN in 2012, the group has installed customized variations of the work in major cities all over the world, from Moscow to Mexico City. The Houston exhibition—the largest ever presented in the United States and the first in Texas—included 11 spheres with unique shadow theaters featuring illustrations related to Houston and Discovery Green and three interactive “exposure” spheres, with cameras mounted inside that capture anything on or near the surface, allowing visitors to see their images reflected on the orbs. The spheres were placed in groupings throughout the park and neighboring Avenida Houston, with each cluster creating its own narrative. moonGARDEN was brought to Discovery Green as part of the park's 10 year anniversary celebration.

Discovery Green and Houston First Corporation presented moonGARDEN for a temporary 10 day interactive exhibition. Artists from Lucion worked with staff from Discovery Green, Houston First and Weingarten Art Group to bring the 22 self inflating spheres to the park. The team at Lucion collaborated with staff from each entity to discuss ideal subjects for the shadow theaters and installation logistics, budget, and programming.