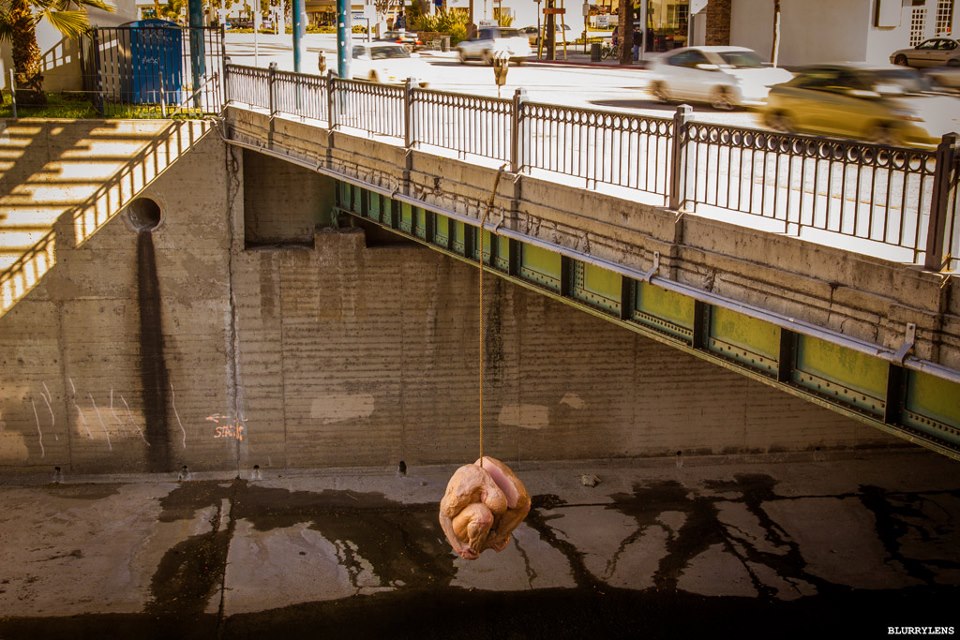 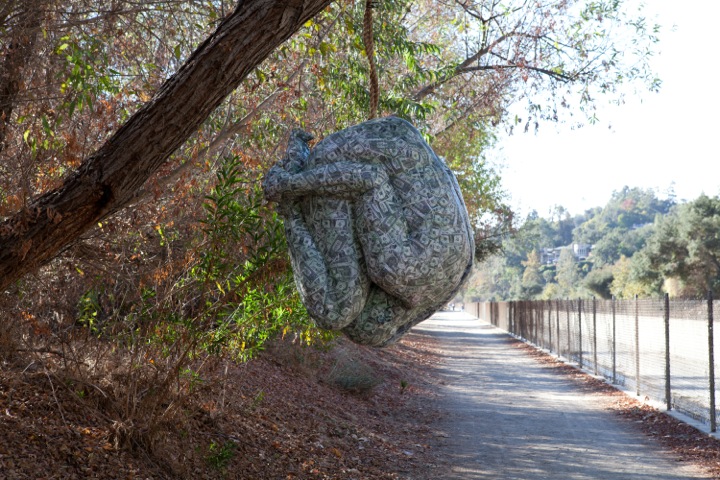 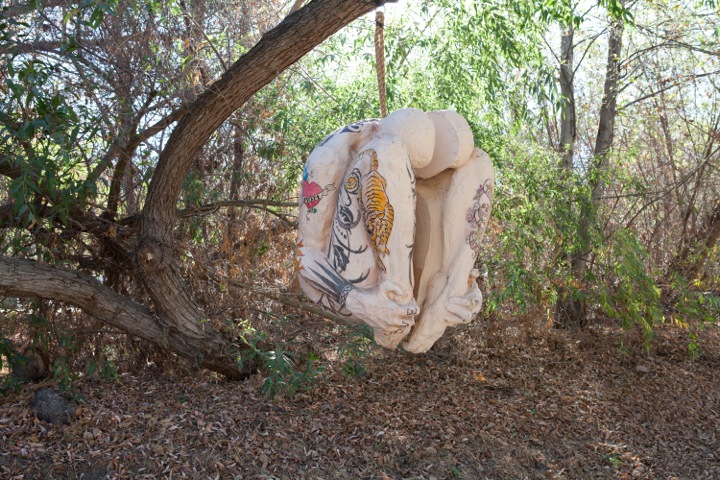 The sculpture Yo-Yo Man speaks of the precariousness of life. Yo-Yo Man traveled around the city of LA briefly interacting with the space around him and allowing passersby to experience the space changed and redefined by virtue of these temporal installations.

I wanted to take sculpture that is seen in a museum/gallery setting (as Yo-Yo Man had been) and move him outside into the public sphere to see if it operated differently. What I found was that the work became about the whole environment and not just about the sculpture itself.

I was the sculptor and the instigator for the street work. I pulled in my friends to help me place the works and then I watched as the work became essentially became the ownership of the street and the people it in. The collaboration was in the minds of the people who saw the work.

Sculpture (because of its cost in making and its difficulty in covertly installing) isn't seen often on the streets.I wanted to see how the work would change outside of the safety of the white walls. I loved how it became a contributing part of the environment it was placed in.