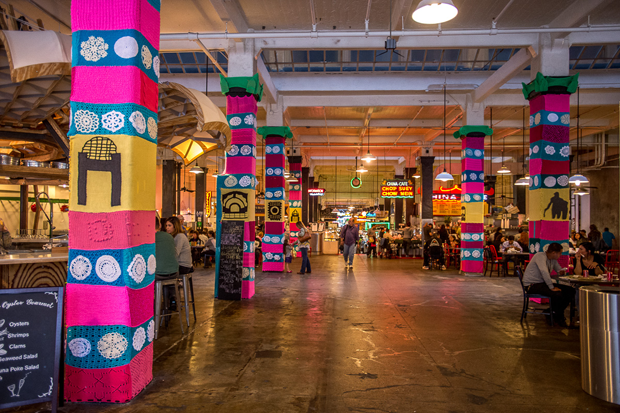 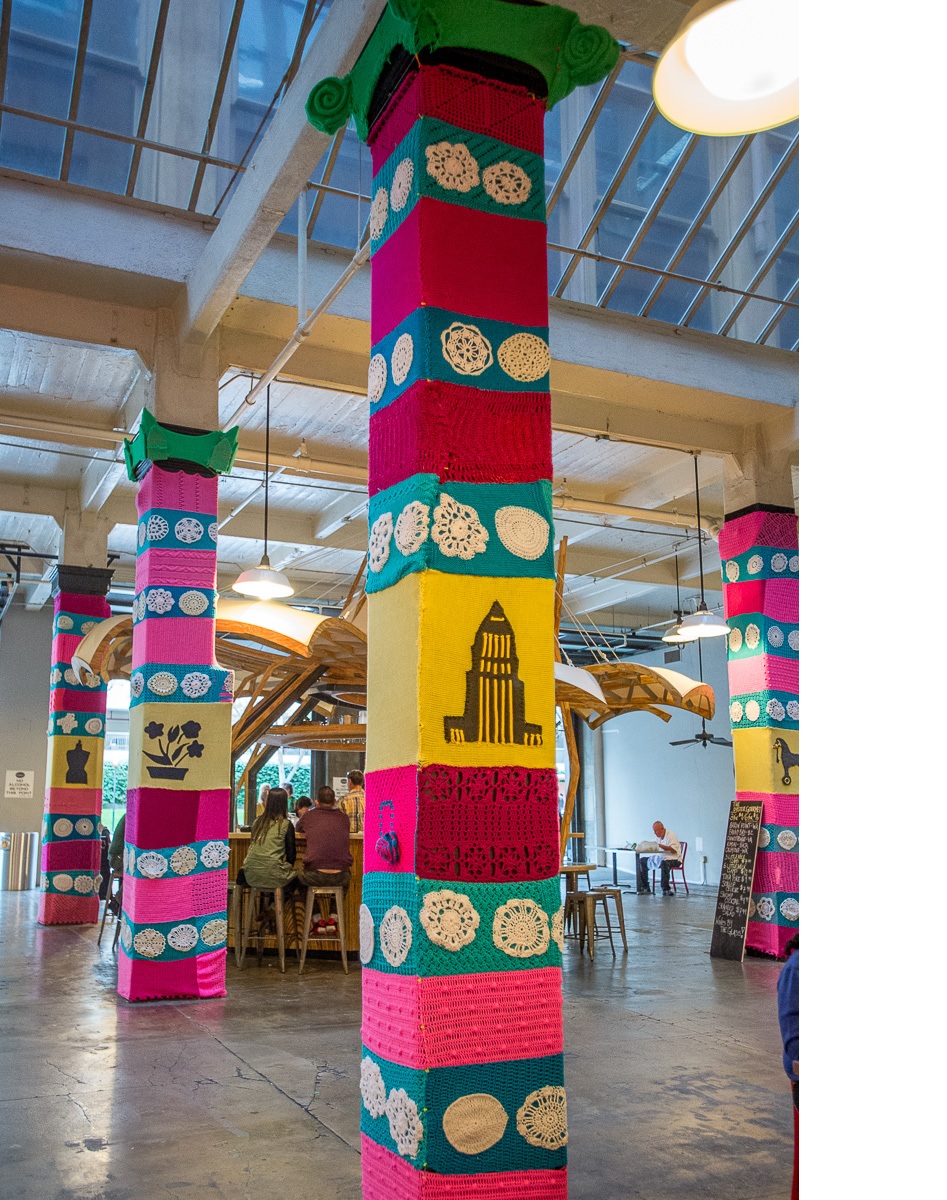 Yarnbombing of eight columns in the food hall at the historic Grand Central Market in Downtown Los Angeles.

The project sought to feature and highlight the different commercial and cultural districts that make up Downtown Los Angeles; to evoke memories of the DTLA of the past; and to join in a conversation about the constant evolution of the City's center.

The design team Yarnbombing Los Angeles (YBLA), comprised of Julie Kornblum, Judy Richards, Darlyn Susan Yee, and David Orozco, lead by Carol Zou, crowd sourced and engaged the public in contributing knit and crochet pieces for the project. YBLA conducted six free public workshops where the pieces were joined to create the pieces that wrapped the eight columns in the open hall of the Grand Central Market.

More information about the project is available at www.yarnbombinglosangeles.com.