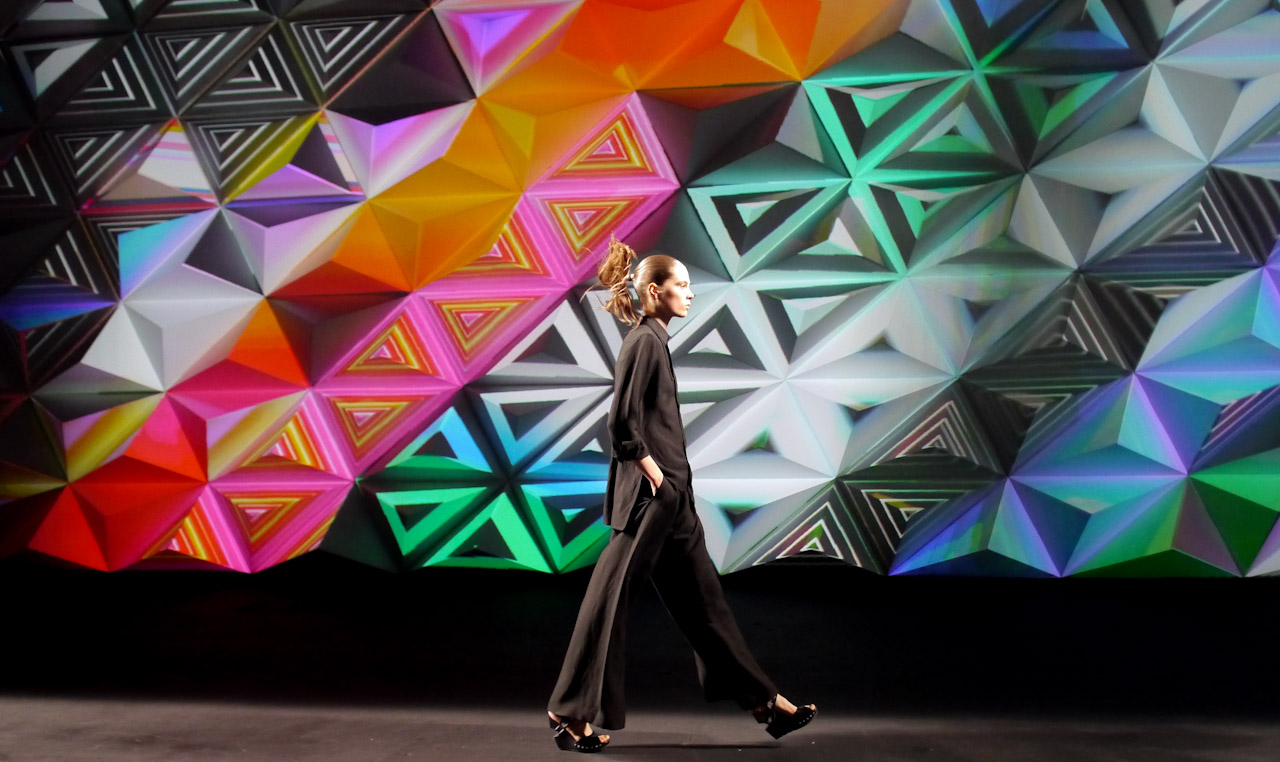 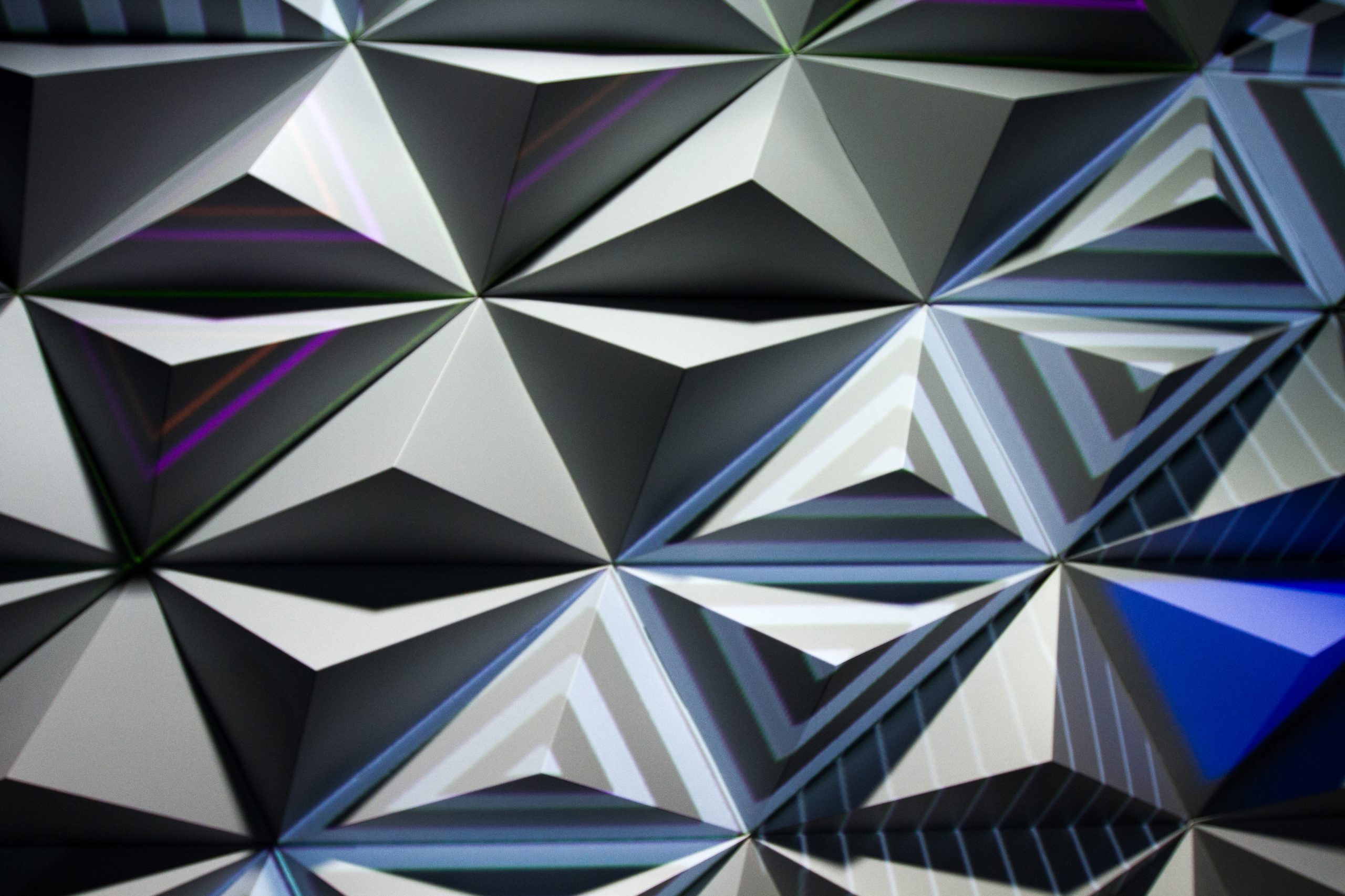 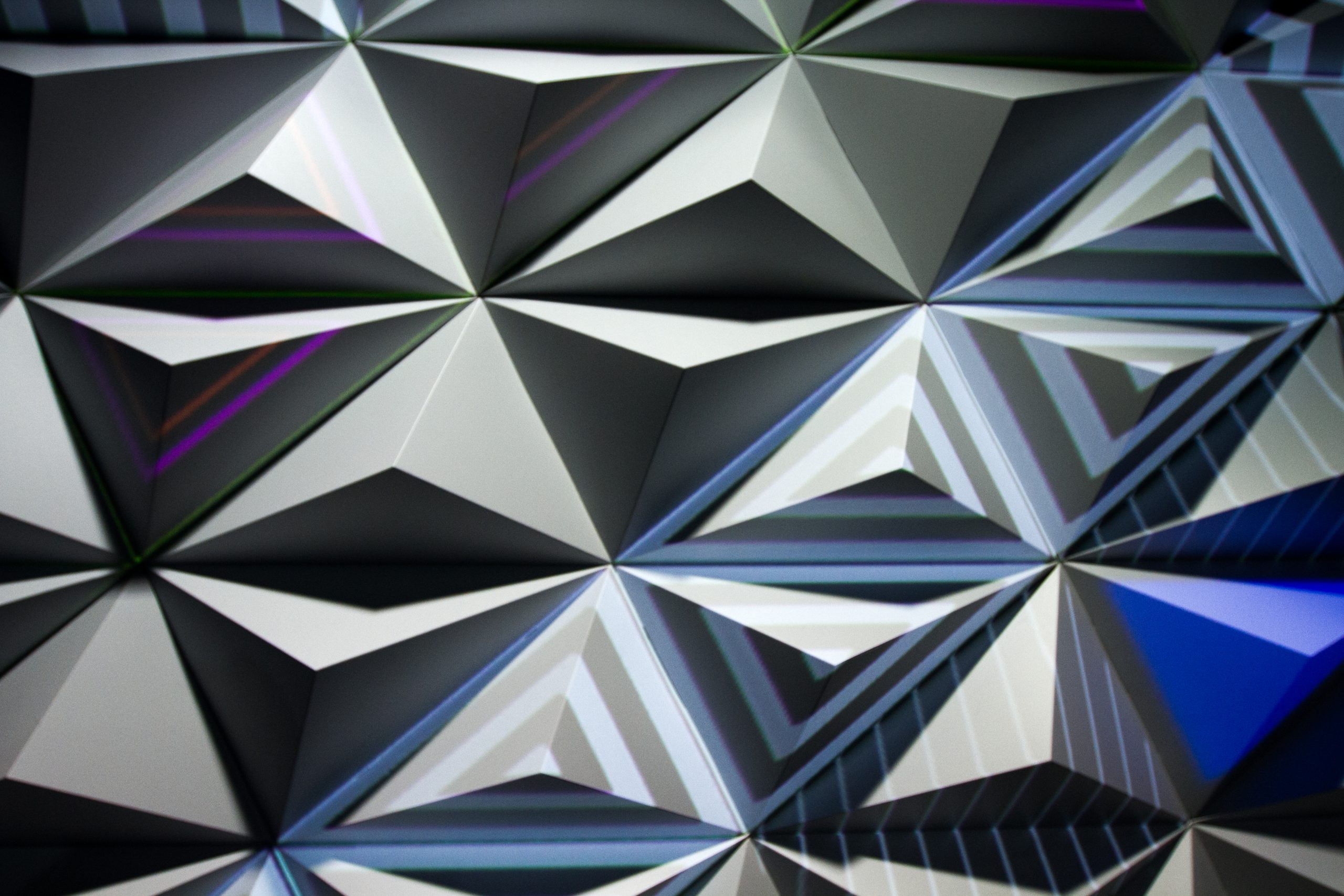 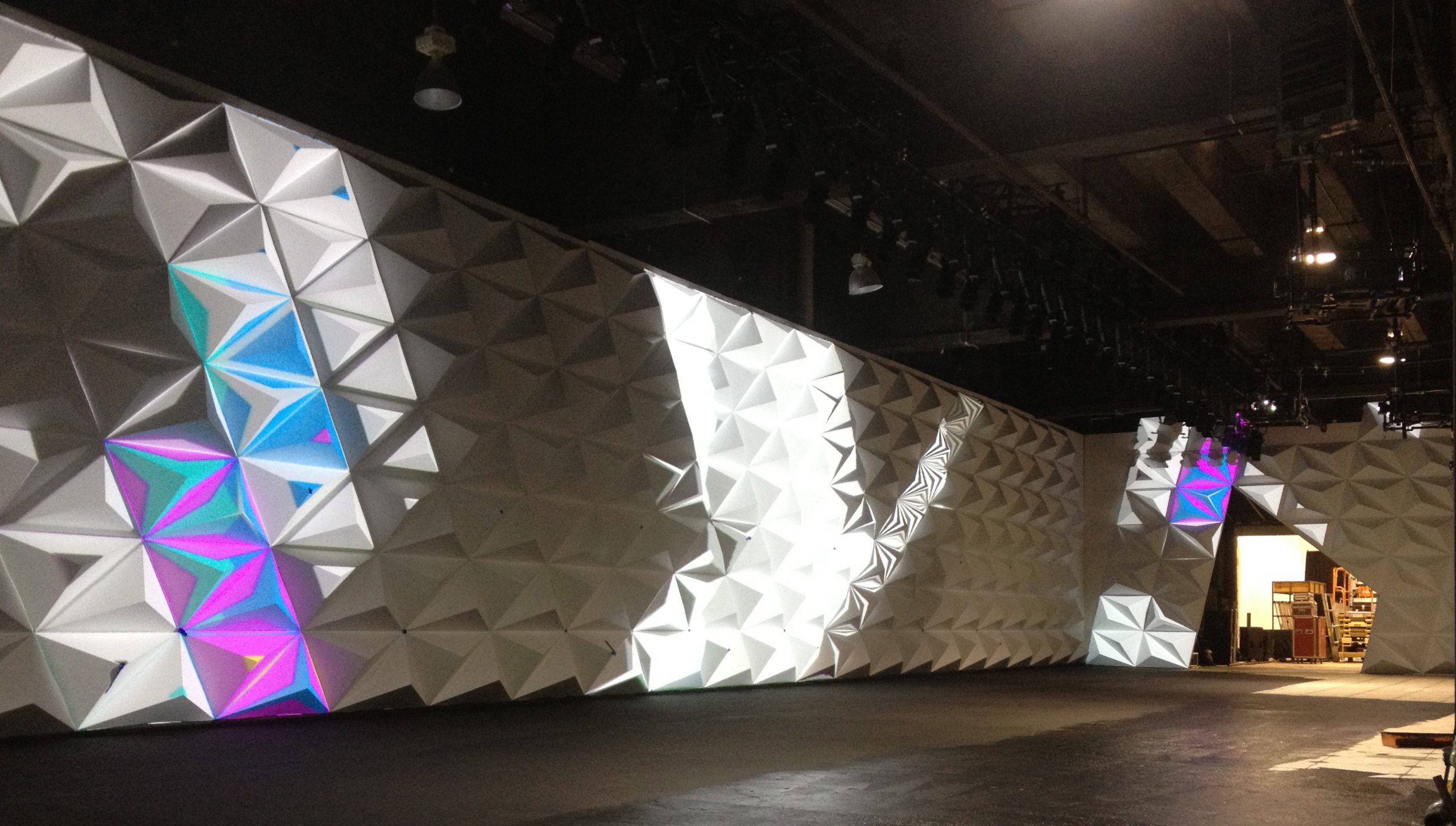 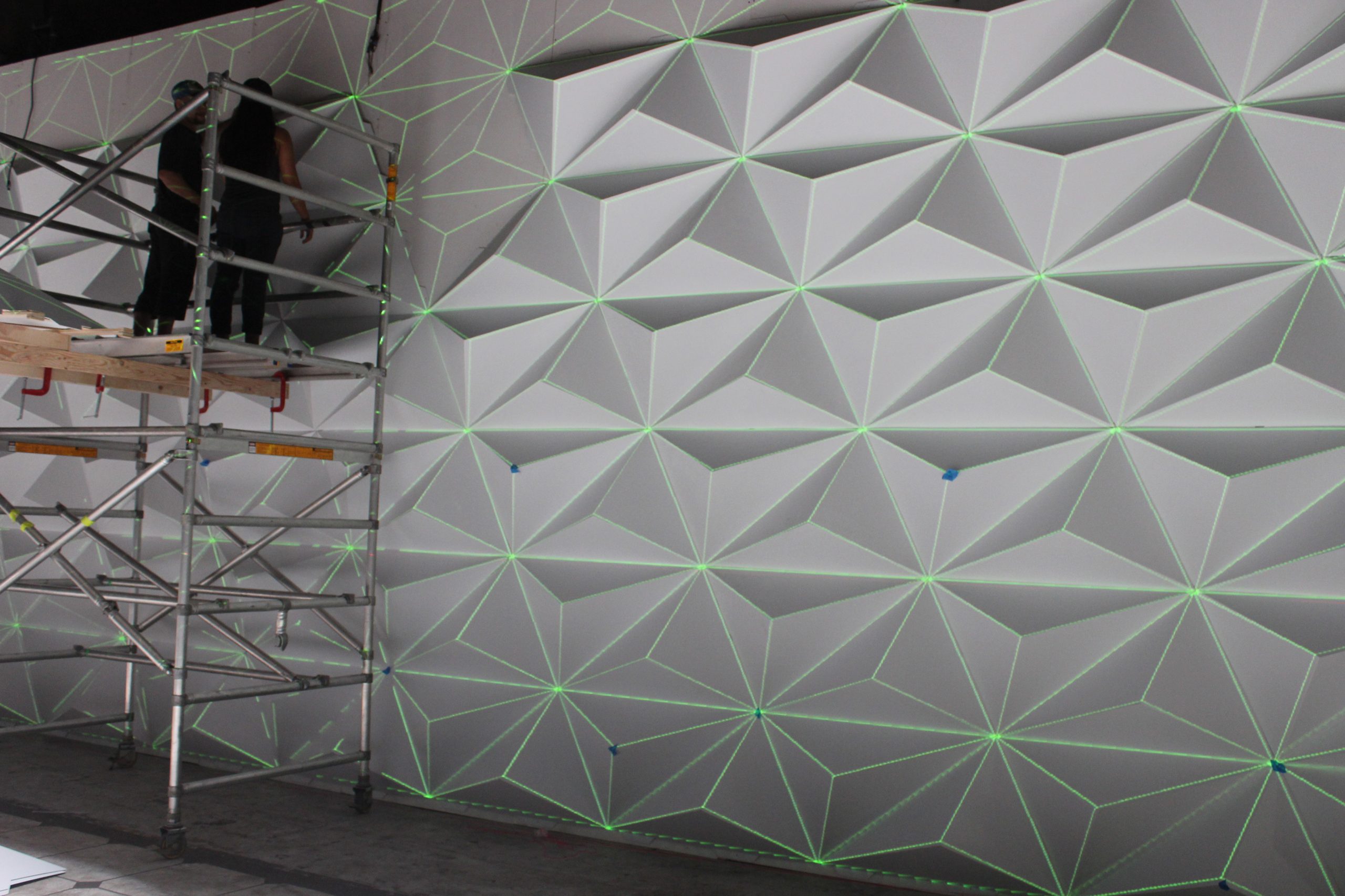 For the 10th year anniversary of fashion collaboration Y-3 (Adidas and Yoji Yamamoto), I was commissioned by Brussels’s agency Via Eugenie to concept something spectacular for their New York Fashion Week runway show.

Taking a cue from Y-3’s minimalist ethos the installation was a single 120ft long wall of faceted triangular panels illuminated with 3D projection mapping. The animated projections ranged from bold black and white stripes to detailed geometric patterns. In addition to being the design for the runway show it also became the experiential environment for an intimate after party.

The goals for integrating video projection work at this scale into a fashion show are really about spectacle and brand perception. Fashion runway shows are expected to dazzle audiences with something new or audacious. Y-3 had the added desire to produce something impressive to mark their 10th year anniversary. The projection wall was the centerpiece that fulfilled both of those goals. Integration was important at all levels of the project.

There were several collaborators on this project who provided fabrication, technology and media design services. We worked with SITU/ Studio for fabrication of the physical paneling, which was CNC cut from styrene sheet. Our working process was great. I supplied rough 3D CAD files and they produced shop drawings and executed the design exactly to spec.

For video projection services we worked with Senovva and D-3 Systems who provided projectionists and technical personnel. The project was accomplished with eight projectors and three D-3 Media servers. All hardware installation and 3D projection calibration was accomplished in about 72 hours.

Content design was a collaboration between myself and fellow 3D artists Sean Capone and Ben Sheppee. These collaborators we able to work well within the overall creative constraints while still contributing their own style and nuance. The result was a compelling blend of new visual ideas that I would not have arrived at alone.