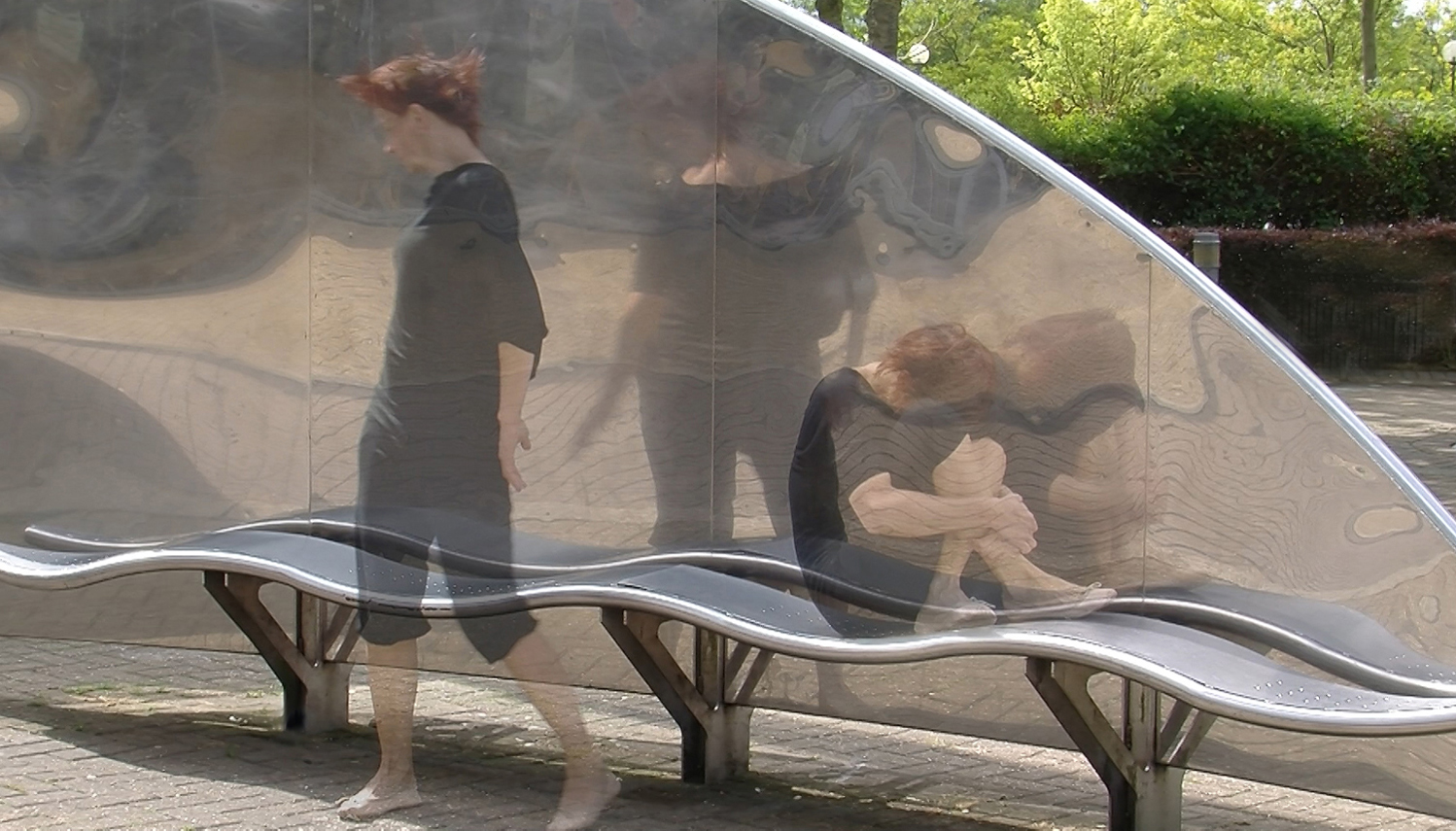 Xscape, a stainless steel installation sculpture with seating, commissioned for the Xscape Snozone and Leisure Centre, Milton Keynes, UK, covers 10 x 10 metres. Composed of four curved wing shapes with polished surfaces that reflect people and surroundings, the installation is much used and enjoyed by visitors to the centre and employees. The video project aims to extend the physical artwork into a new form in which the performer inhabits and interprets the sculpture, as she moves through, mirrored by the highly reflective stainless steel which also transforms images of the busy public location.

Diane Maclean initiated the project as an experiment in filmmaking around existing public artworks. The video will extend the physical sculpture into a new art form allowing it to be appreciated in a new way and to be seen further afield. The work is a forerunner to further videos of performance around and within public sculpture, bringing together the responses of filmmaker, performer composer and sculptor in a single work concerning people and place. The video will be shown locally and nationally.

Diane had previously worked with video artist Su Grierson on a projection entitled Origin at the Museum of Scotland and with Heidi Saarinen, the performer, on filming around her sculpture installation Mountain at the University of Hertfordshire. Diane invited Su and Heidi to collaborate on the Xscape project in 2014, bringing their skills to the creation of a new type of artwork around and within her highly reflective sculpture installation. Each of the participants was free to interpret the brief at will, each responding individually to the situation an exploration into the unknown. Permissions for filming in a public space were granted by the owners of the complex. During filming, the public was free to use and move around the sculpture as normal and became part of the video as they came and went. During the process of editing the film, Su Grierson brought in composer Sunyo Finberg to create the sound. The sound moves through different moods, working with the visual images and local sound recorded on site.

The success of this first video prompts us to consider other public sculptures and spaces as material for our project.