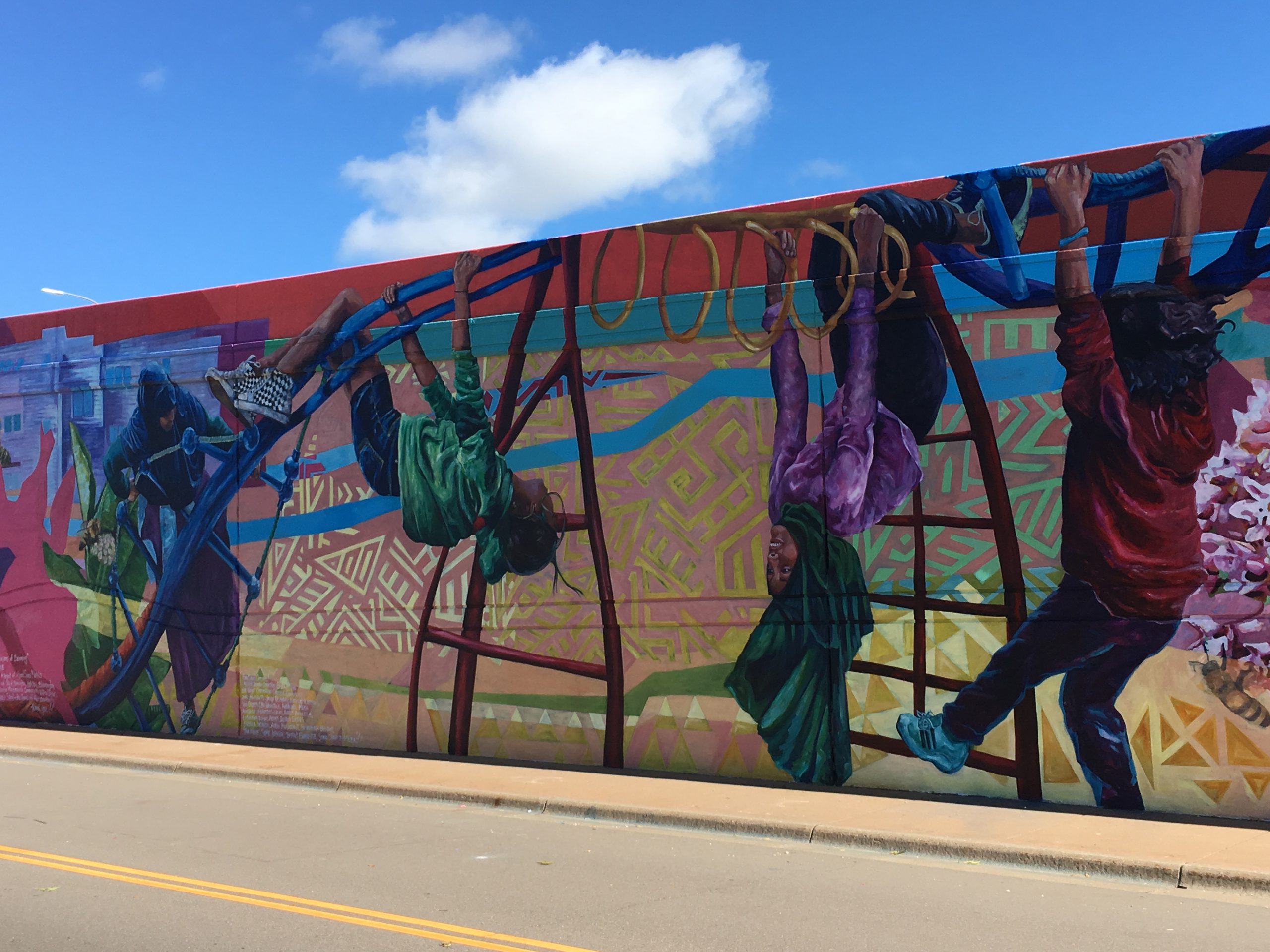 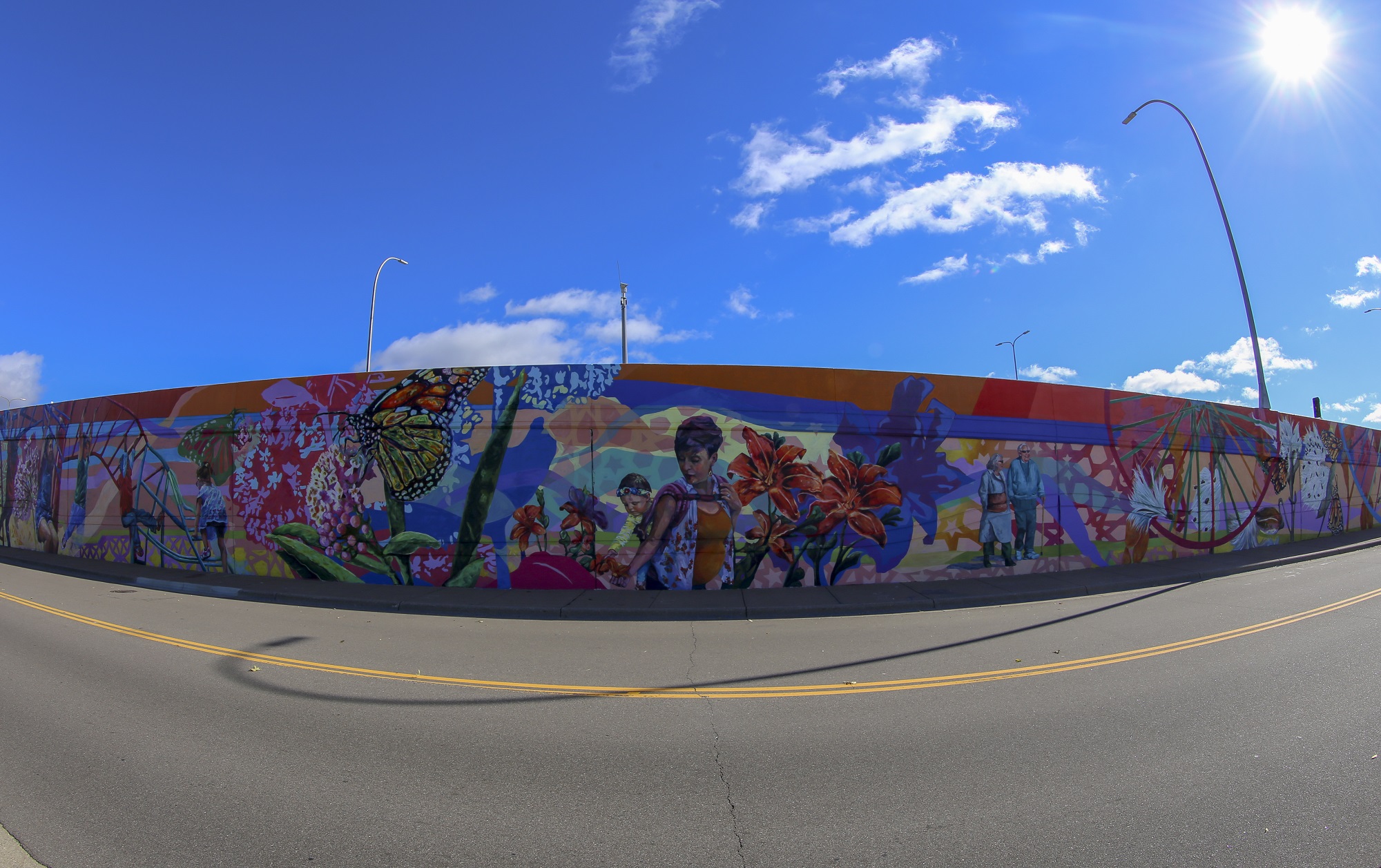 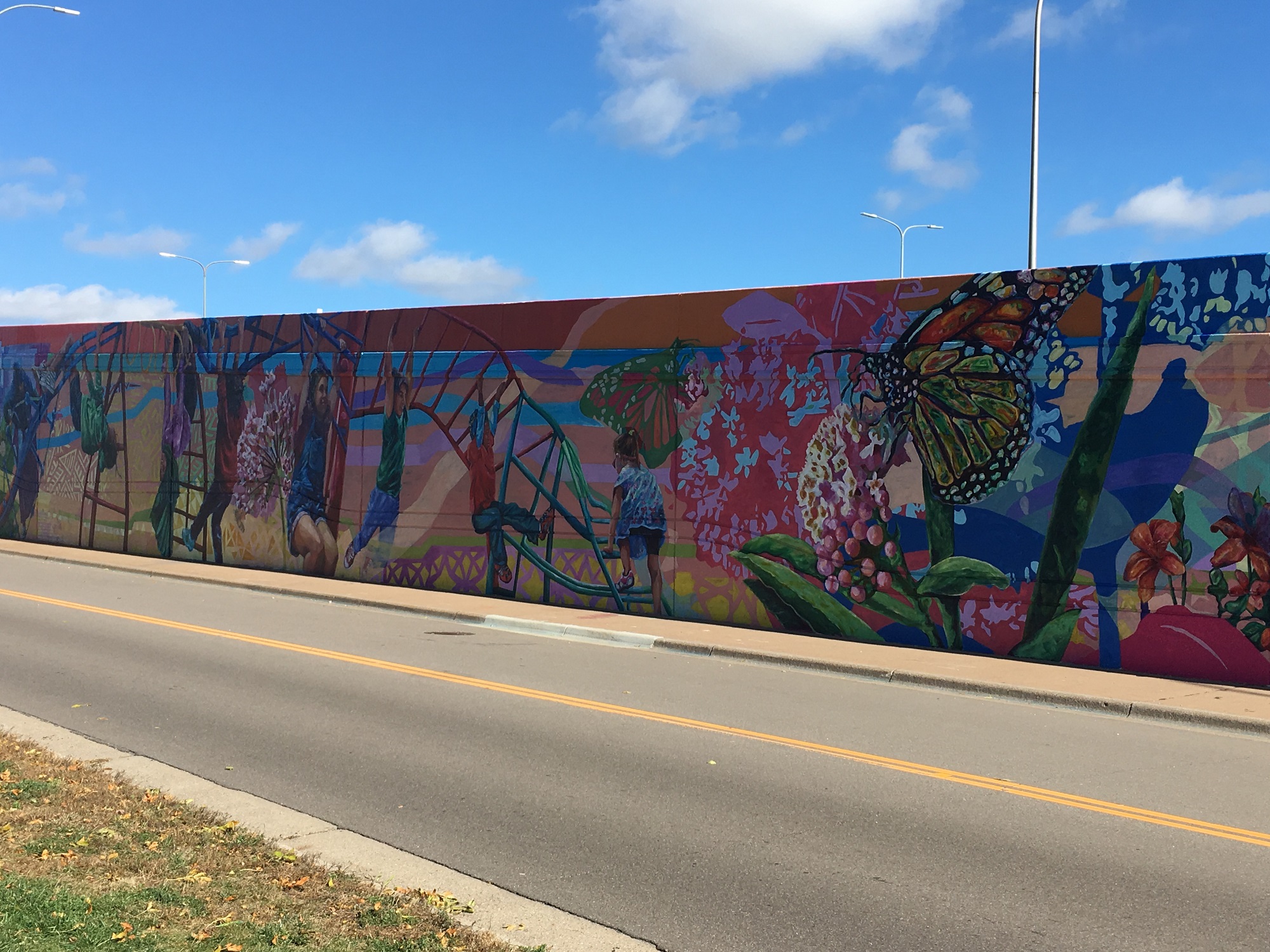 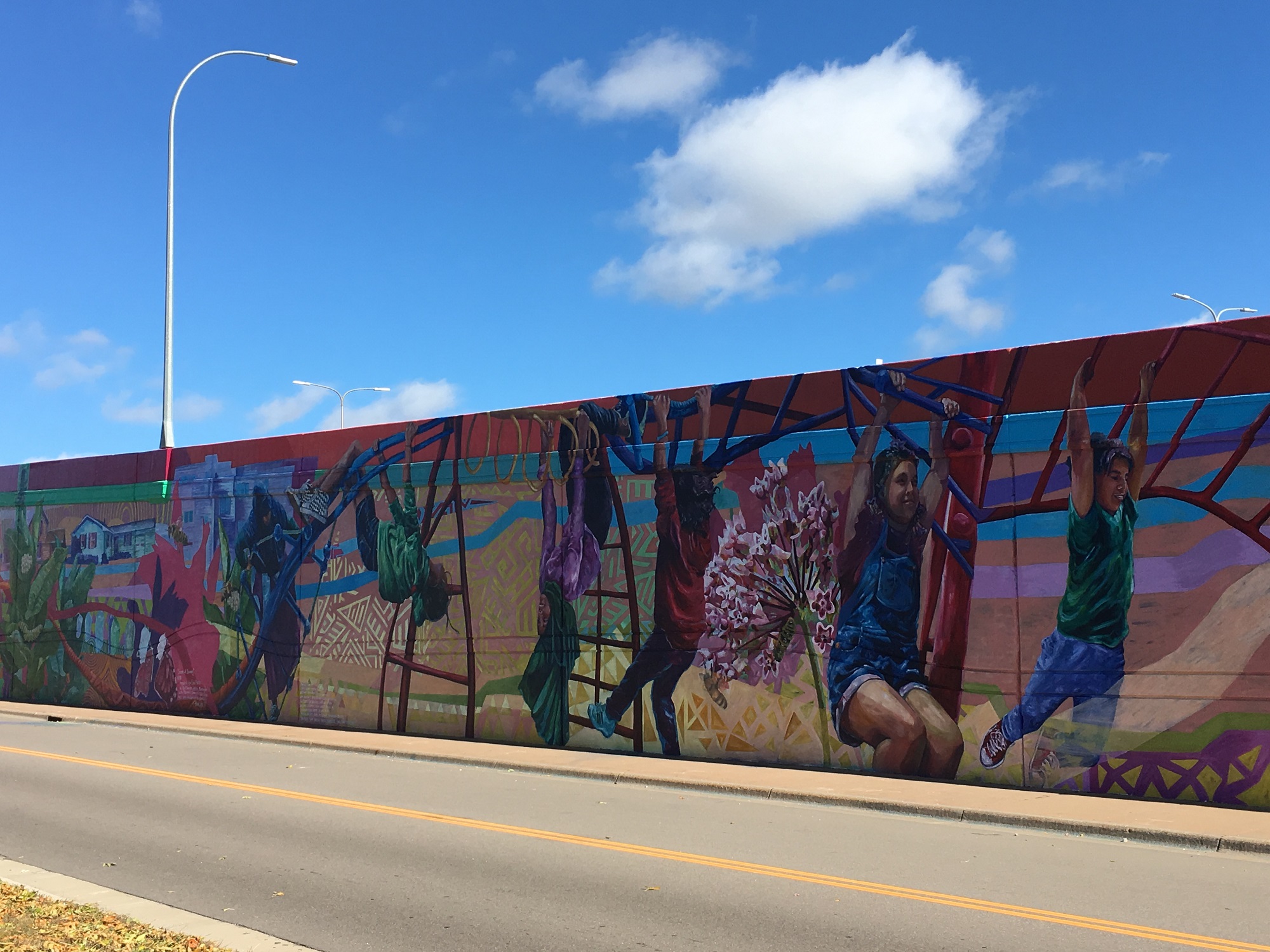 The Wright’s Lake Park Community Mural by GoodSpace Murals supports the City of Bloomington’s neighborhood focus area initiative, and the City and our non-profit partner Artistry’s creative placemaking efforts. The mural is located on a retaining wall, facing a major neighborhood street, a new bike route with regional connection, and Wright’s Lake Park, which was recently renovated. At 490 feet long, it is one of the longest murals in Minnesota. The main themes in the mural include seasonal cycles, homes, paths/rivers, people walking, bicycles, kids playing, and monkey bars symbolizing a strand of DNA and how we are all connected.

The goals are to beautify the neighborhood and contribute to its identity, highlight the newly renovated Wright’s Lake Park and regional bike trail, and serve as an entry point/gateway and welcome into the City. The process of developing the mural built community and social agency through the engagement process. The mural represents our community, and instills a sense of community pride and ownership. It has also served as a demonstration project to elicit enthusiasm about potential future similar projects throughout the City.

The City and our partner Artistry worked with GoodSpace Murals to produce the mural, due to their artistic expertise, extensive experience, community engagement process, and bilingual staff. The mural development process included a community-led design process, enabling the community to participate from inception to completion. We partnered with Valley View Middle School students throughout the process. It involved three design visioning sessions. Artists consolidated input from these sessions and research of the area’s history and community to inspire and develop a design. Then there was one design presentation for additional feedback of the draft design concept. This was followed by a photo shoot at the Wright’s Lake Park playground with Bloomington kids who served as models for the mural, seven painting parties at events and locations throughout Bloomington, and a celebration event commemorating the completion of the mural.

GoodSpace Murals uses an indirect method called “the parachute cloth technique” in which they paint the entire mural on sheets of canvas before installing it on the wall. This allows for collaborative painting with the community, as painting can be done in sections at various times and locations, and later adhered to the wall. This technique is also more durable than a mural painted directly onto the wall, and strengthens the wall.