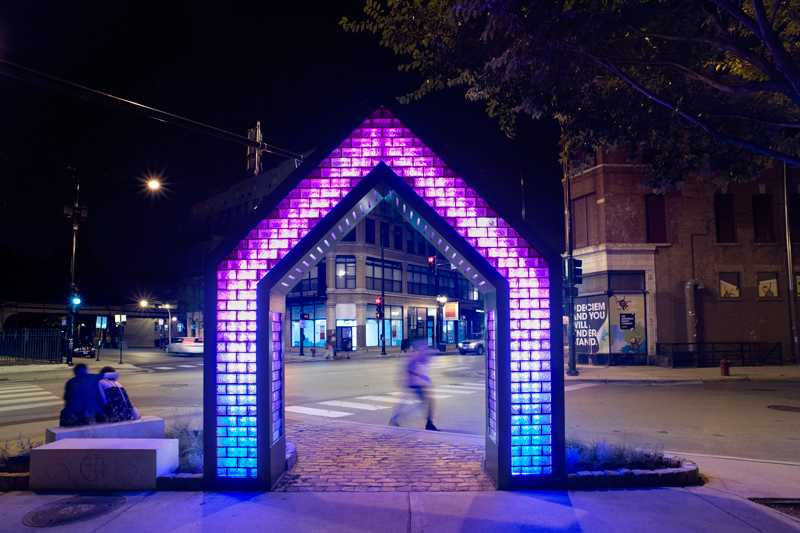 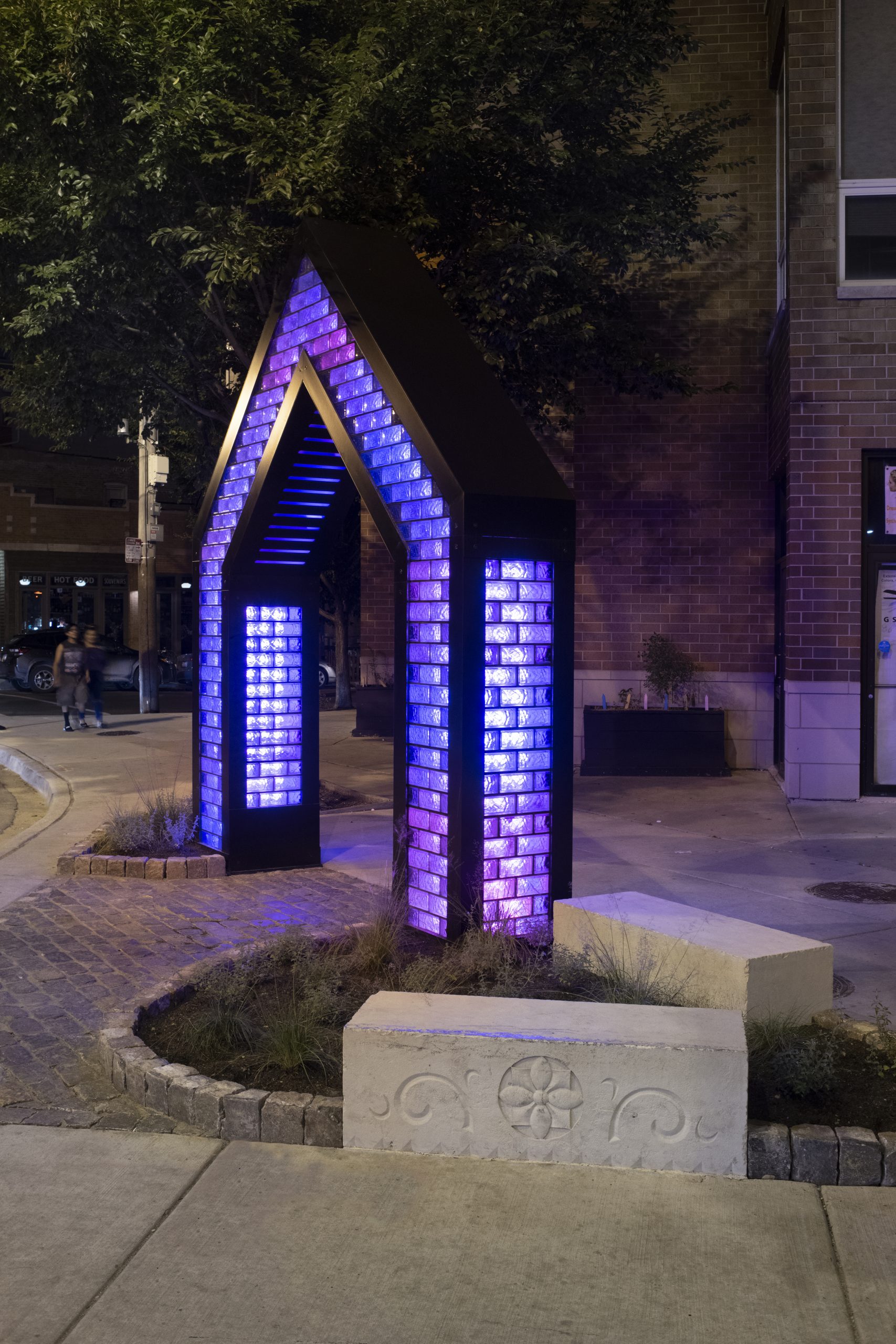 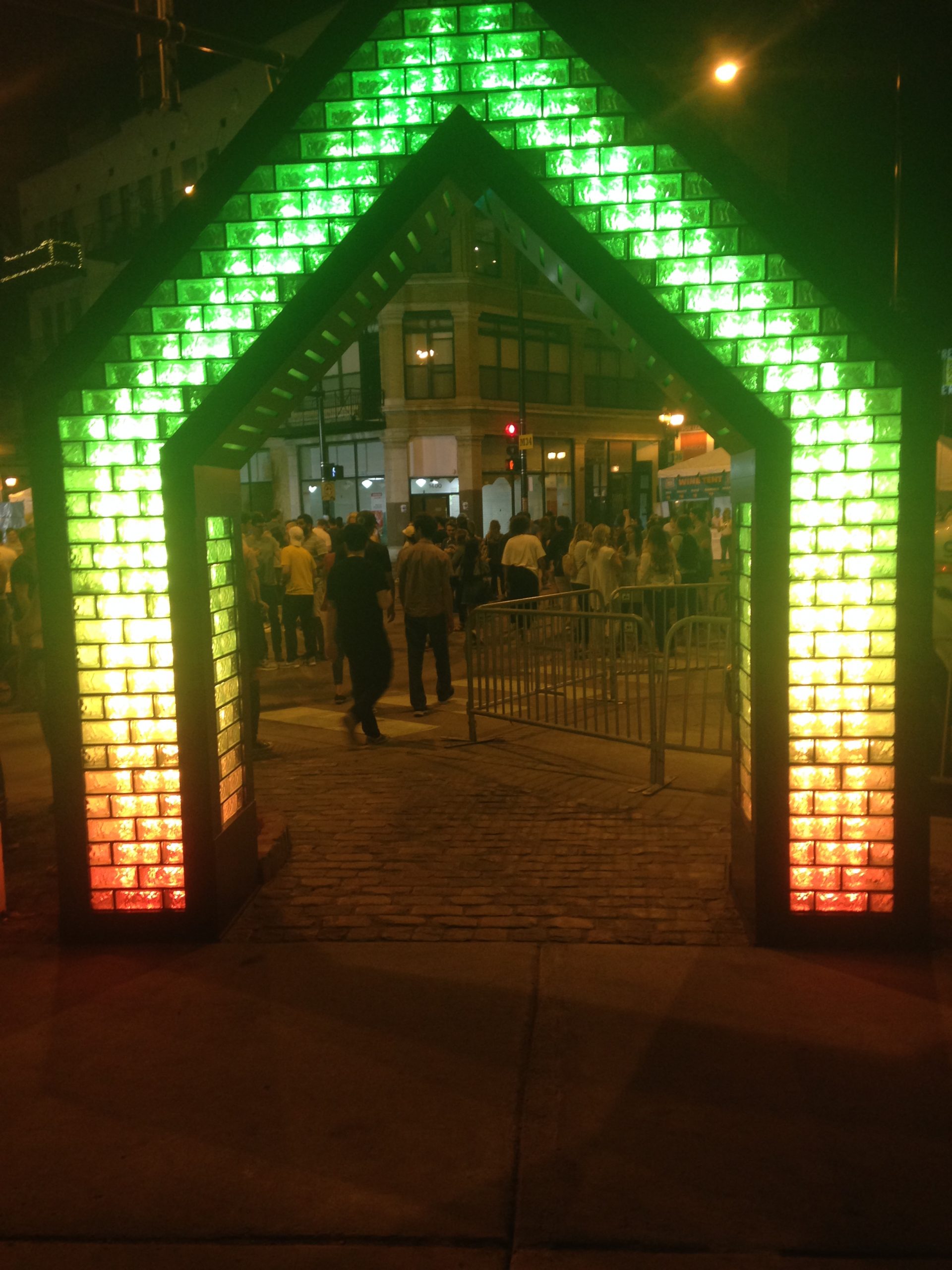 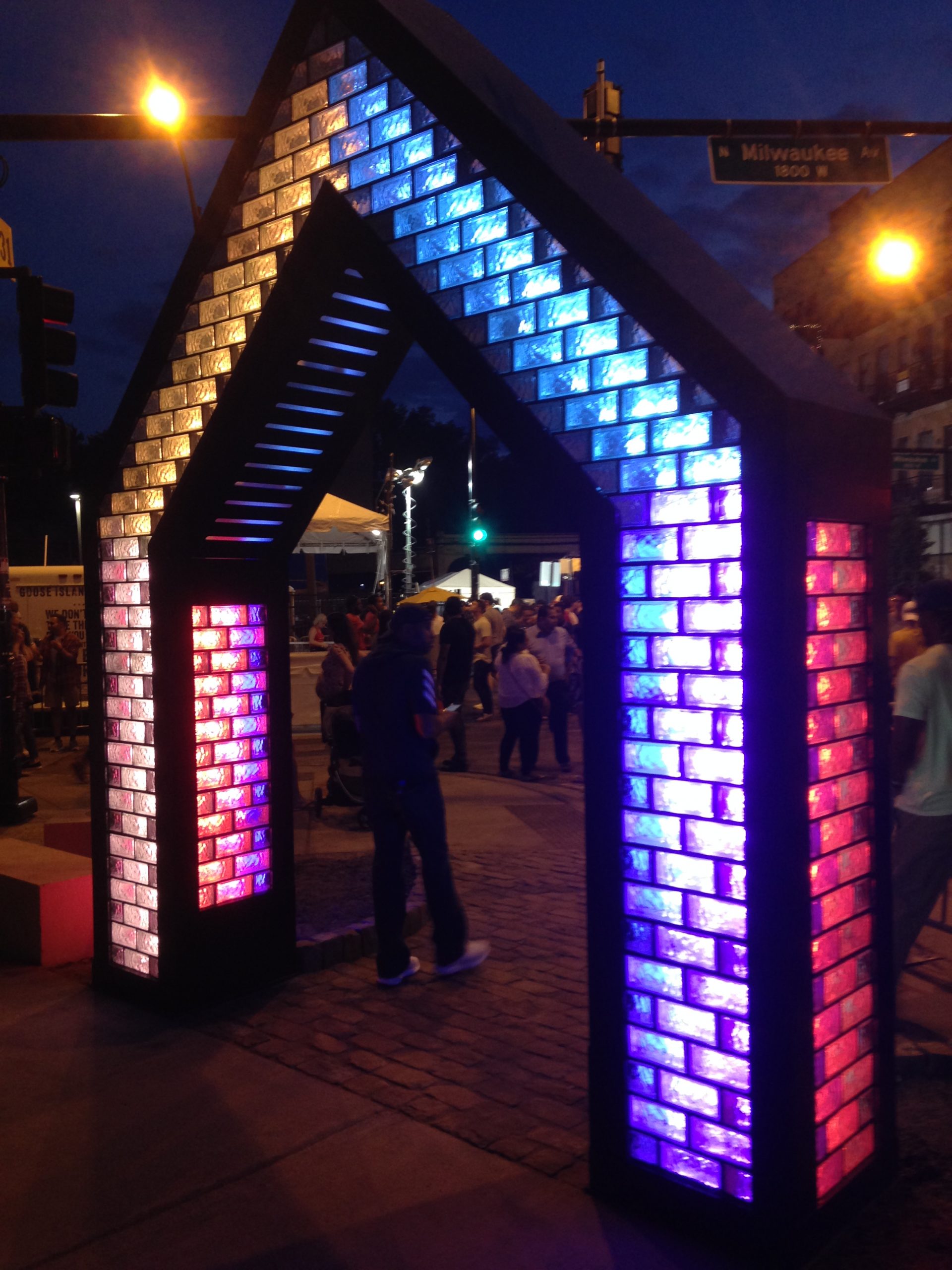 The Worker Cottage Parklet is a tribute to the workers of the past, present, and future who make their homes in the Bucktown and Wicker Park neighborhoods of Chicago. Between 1870 and 1910 thousands of “worker cottages” were built to house the Scandinavian, German, southern, and eastern European immigrants who arrived for jobs in the stockyards, brick, and leather factories along the Chicago River, and to rebuild the city after the Great Chicago Fire of 1871. These cottages were the first affordable homes available to working-class citizens, with modern conveniences such as indoor plumbing, kitchen apart from the dining room, and separate bedrooms for children.

Very few people appreciate or know about the working-class history of Chicago as represented in our built environment. These humble homes, getting torn down every day, represent the lives of the people who built Chicago: Immigrants then and now.

This is the first permanent public art commissioned by this neighborhood association for Wicker Park/Bucktown. Because this is the neighborhood where I live, I wanted to make something that I would be proud of every time I passed by, and that would contribute to the identity of this neighborhood I love so well. My next-door neighbor, David Douglas, was the project manager.

This project was done for about half of what it would actually cost because it was being done for a beloved, historic Chicago neighborhood by and for Chicagoans. The light show cycles through every hour. It's on 24/7.