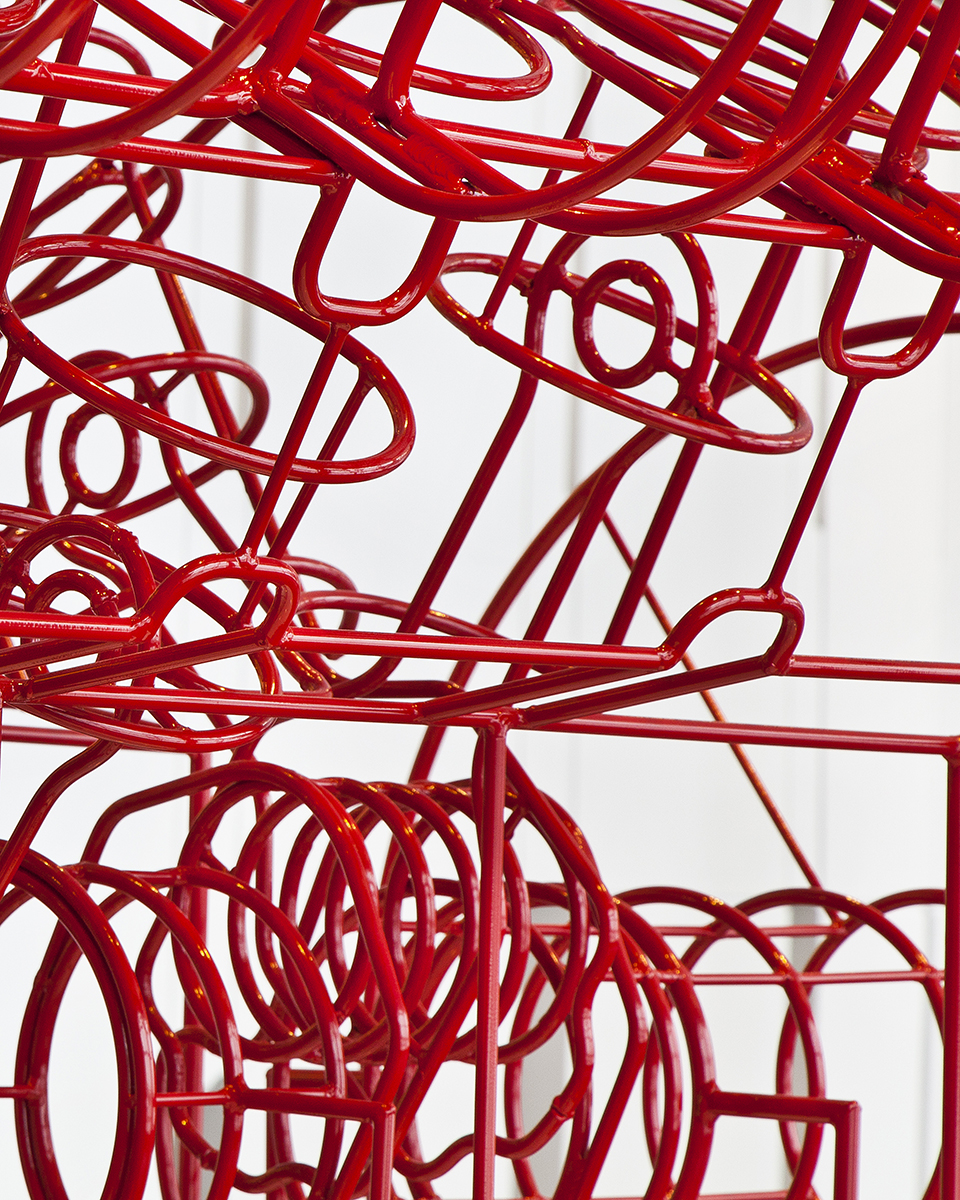 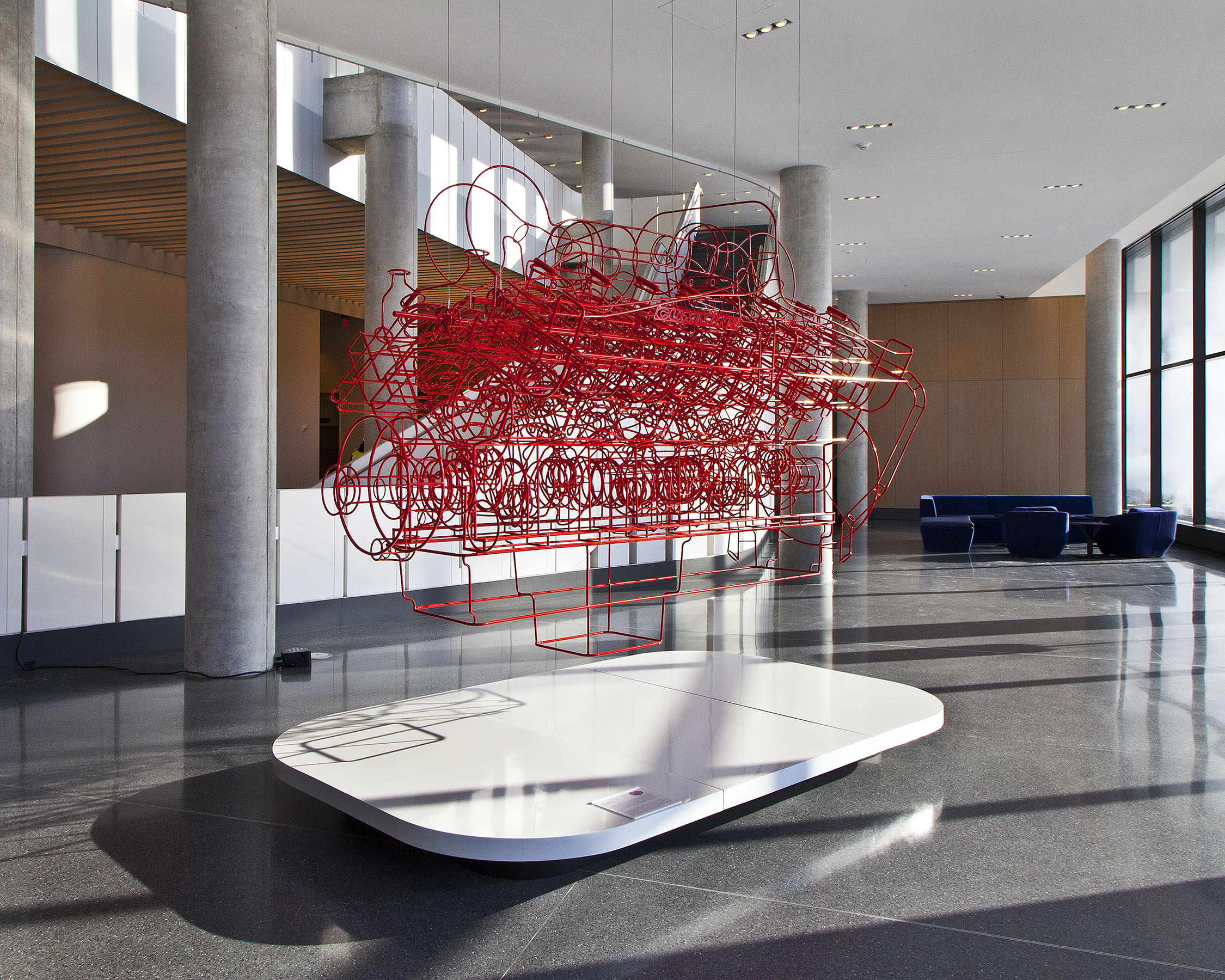 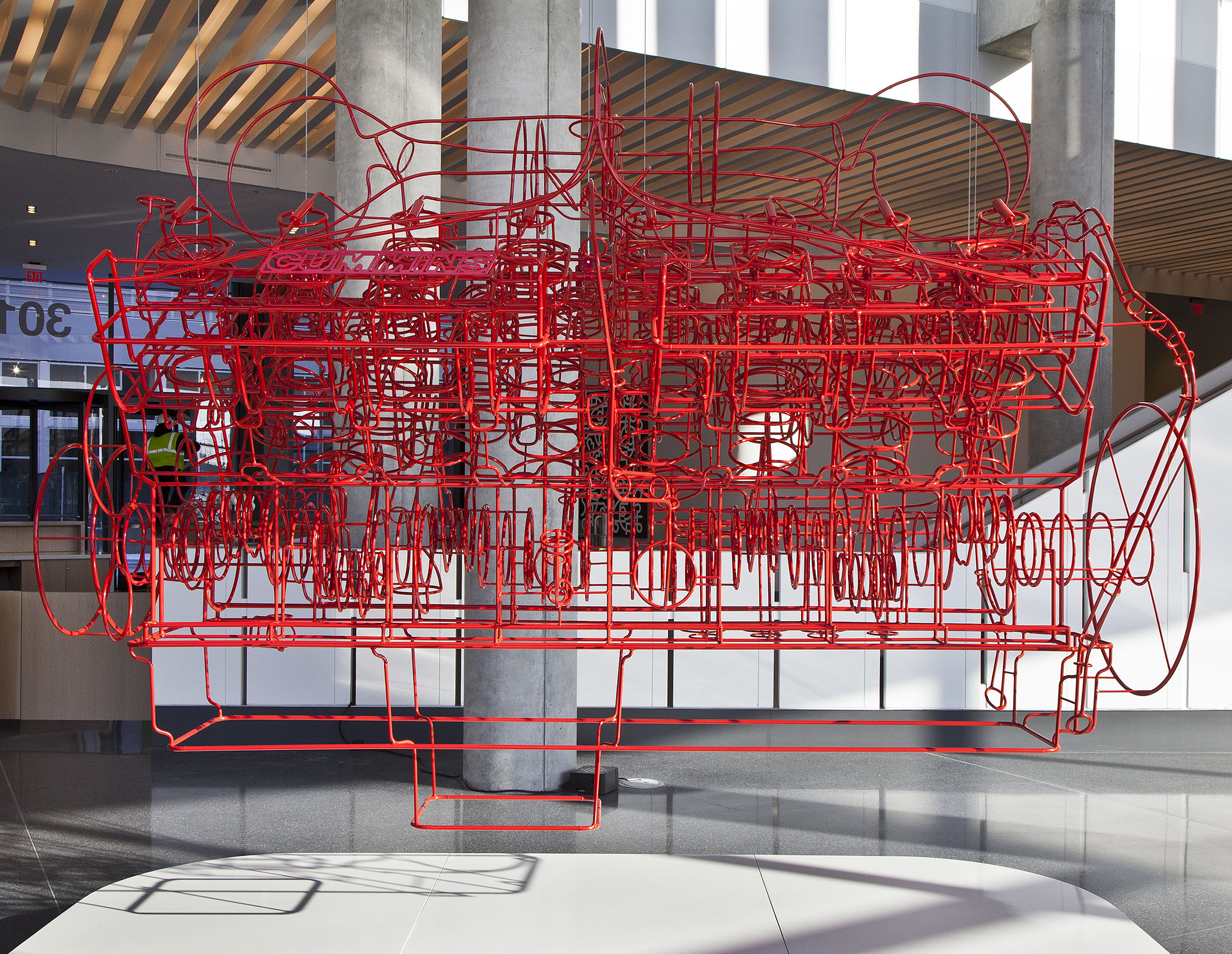 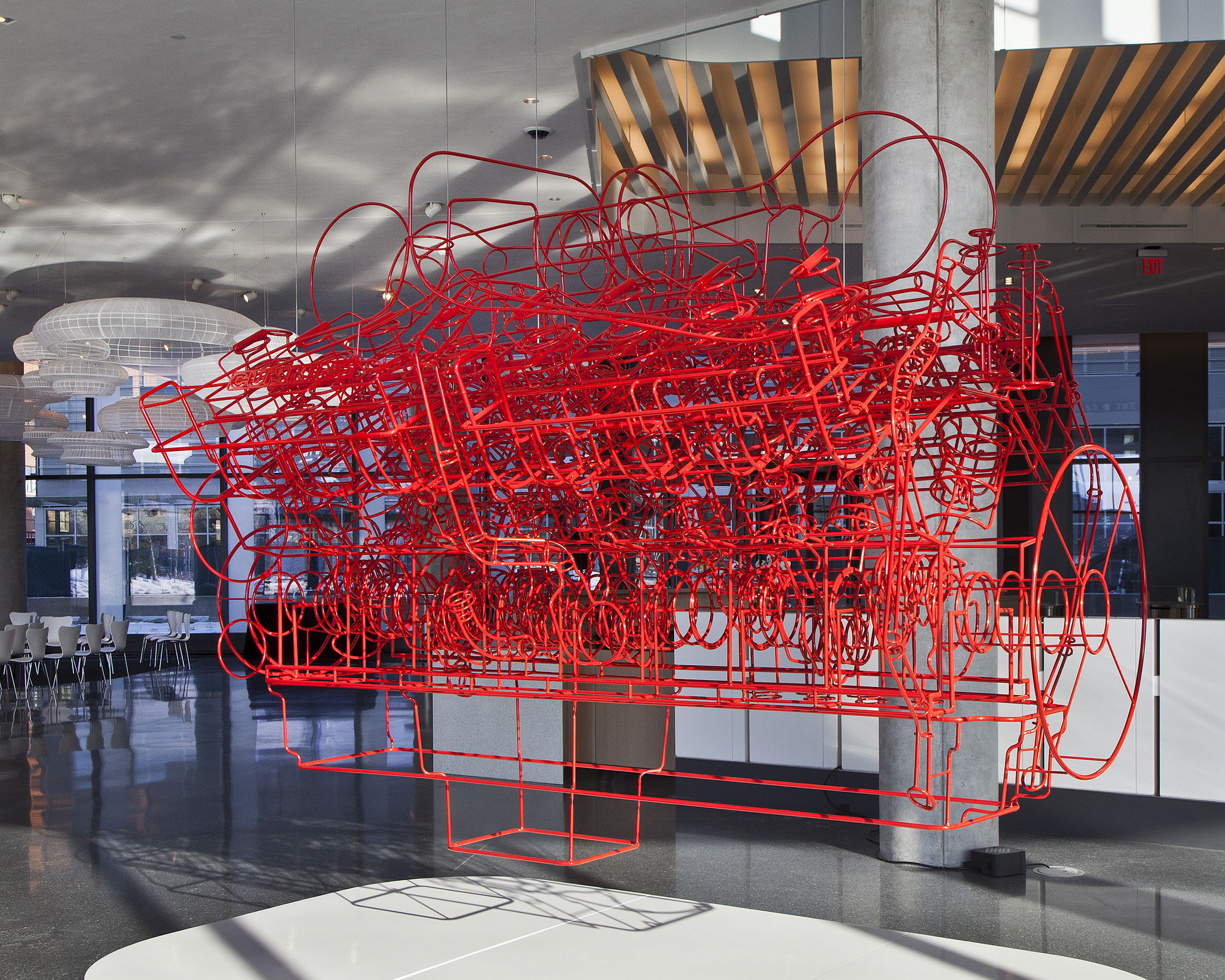 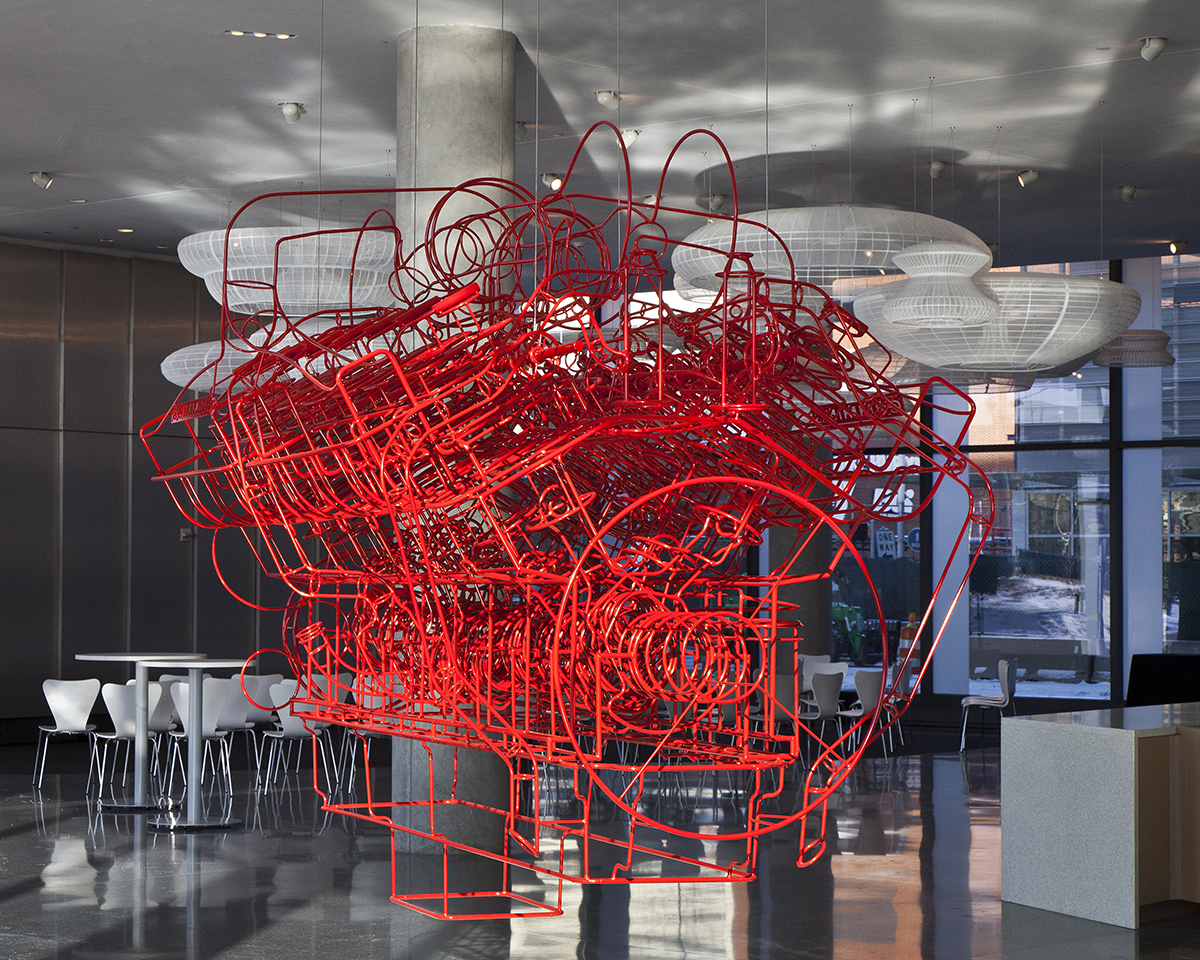 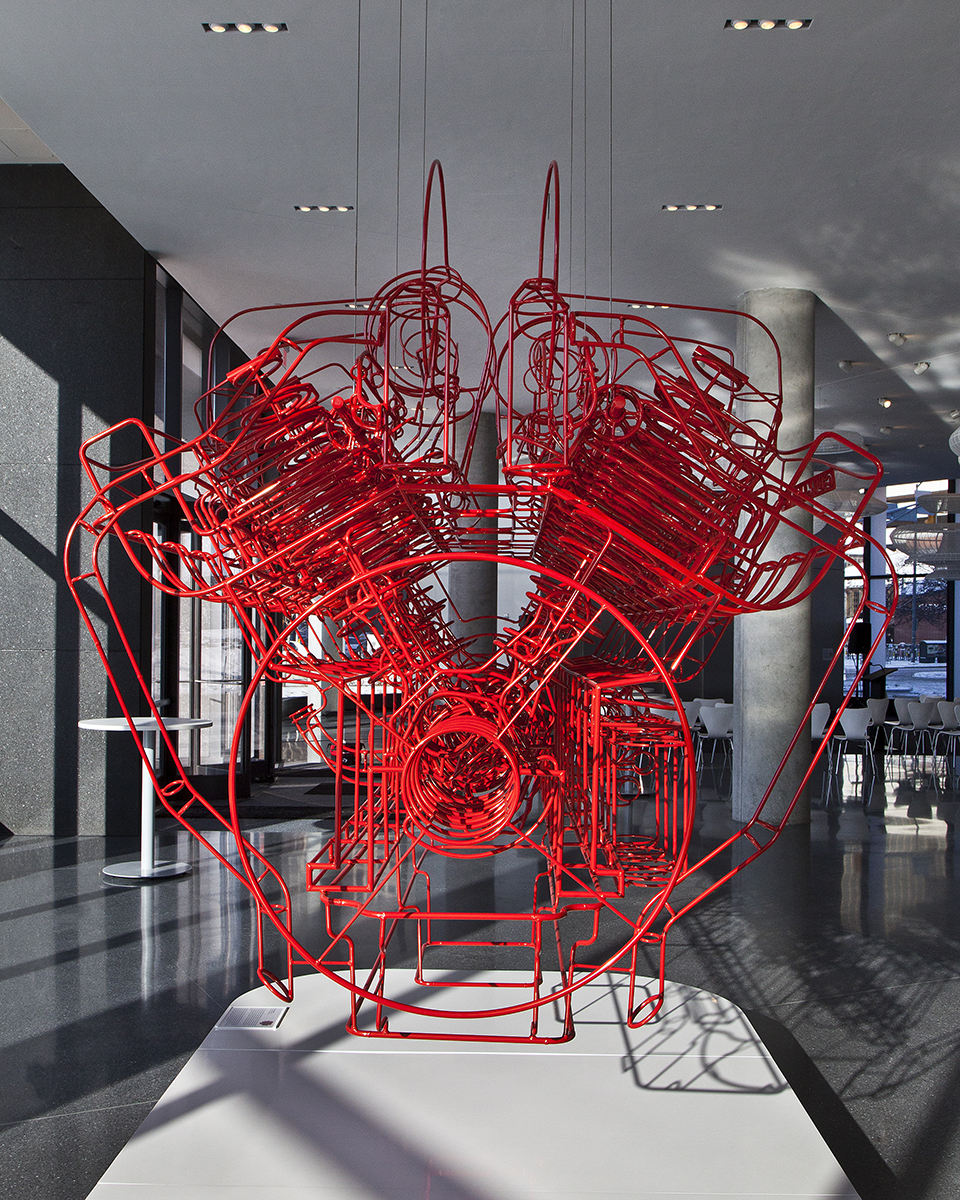 Wireframe, commissioned by Cummins Inc. for the new International Headquarters building in Indianapolis, celebrates an engine’s physical complexity of form, while simultaneously revealing a diagrammatic illustration of the overall working components, fluid movements, and air flows.

The model is recognizable as an engine at first glance, with less dense, more recognizable components on the periphery. The core, in contrast, reveals the density associated with the complex interconnections. From an oblique angle, the overlay of core components appears to lack order, but when viewed from a perpendicular angle, repetition and logic become apparent.
As the viewer moves through the space, the internal components’ depth, overlay, and complexity creates a display of varying patterns and relationships, to the point that the components may appear to move. As a three-dimensional contour line drawing, the sculpture appears to flatten into two-dimensional representations. At the same time, perceiving depth within the complex overlay allows the user to more accurately explore the elemental physical qualities of the engine. The sculpture appeals to both Cummins team members, as well as their visiting customers and guests.

Wireframe was designed using actual Cummins engineering files of a contemporary engine. The composition and line work directly relate to the engine components and its digital files, with the final project ultimately being built at 120% scale. Ignition Arts coordinated with the building design team, marketing agency, and Cummins engineers to develop and generate 3D model renderings. These 3D digital drawings were then used to produce 3D physical maps and jigs, which subsequently enabled accurate reproduction of the Cummins engine as a three dimensional, sculptural line drawing.