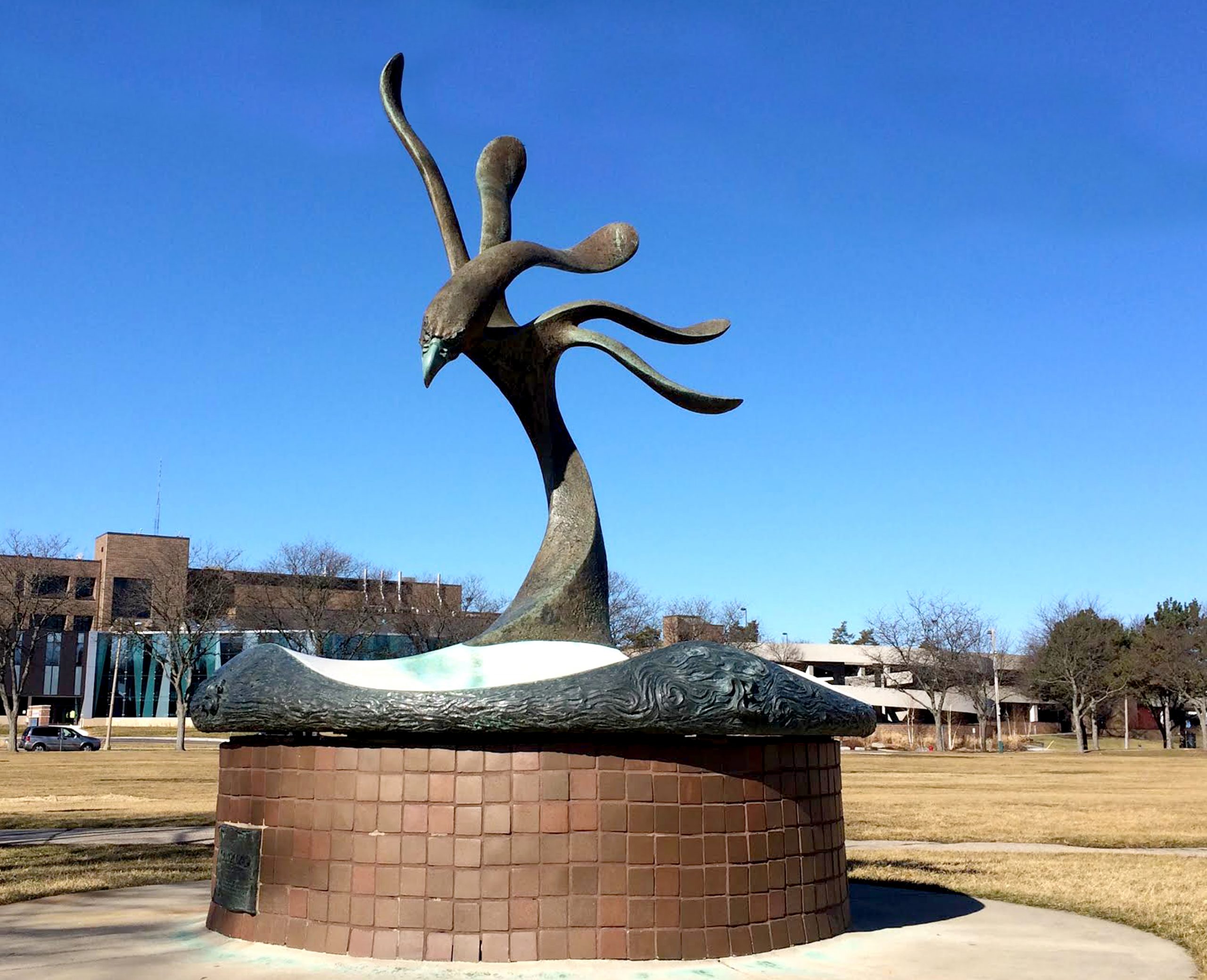 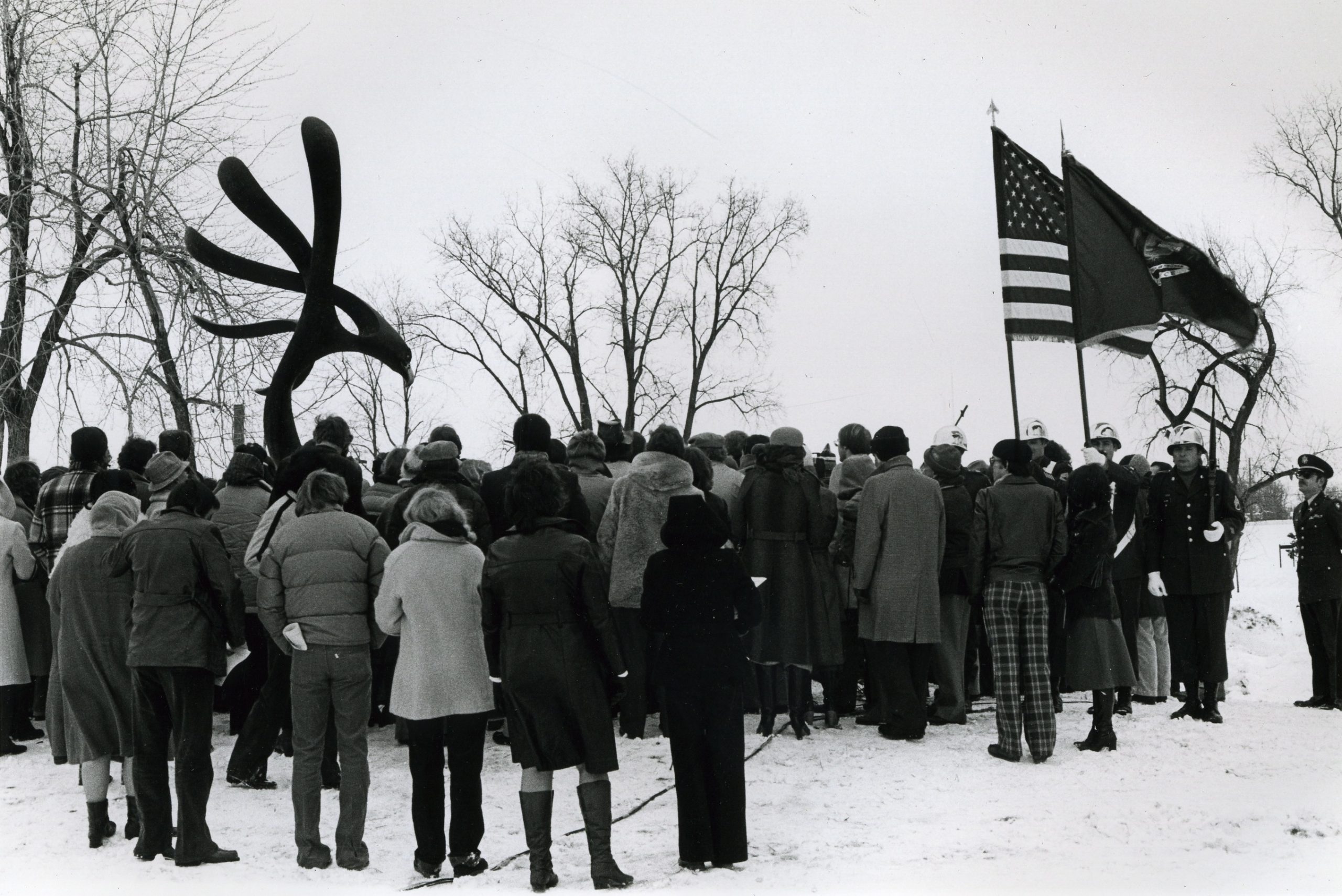 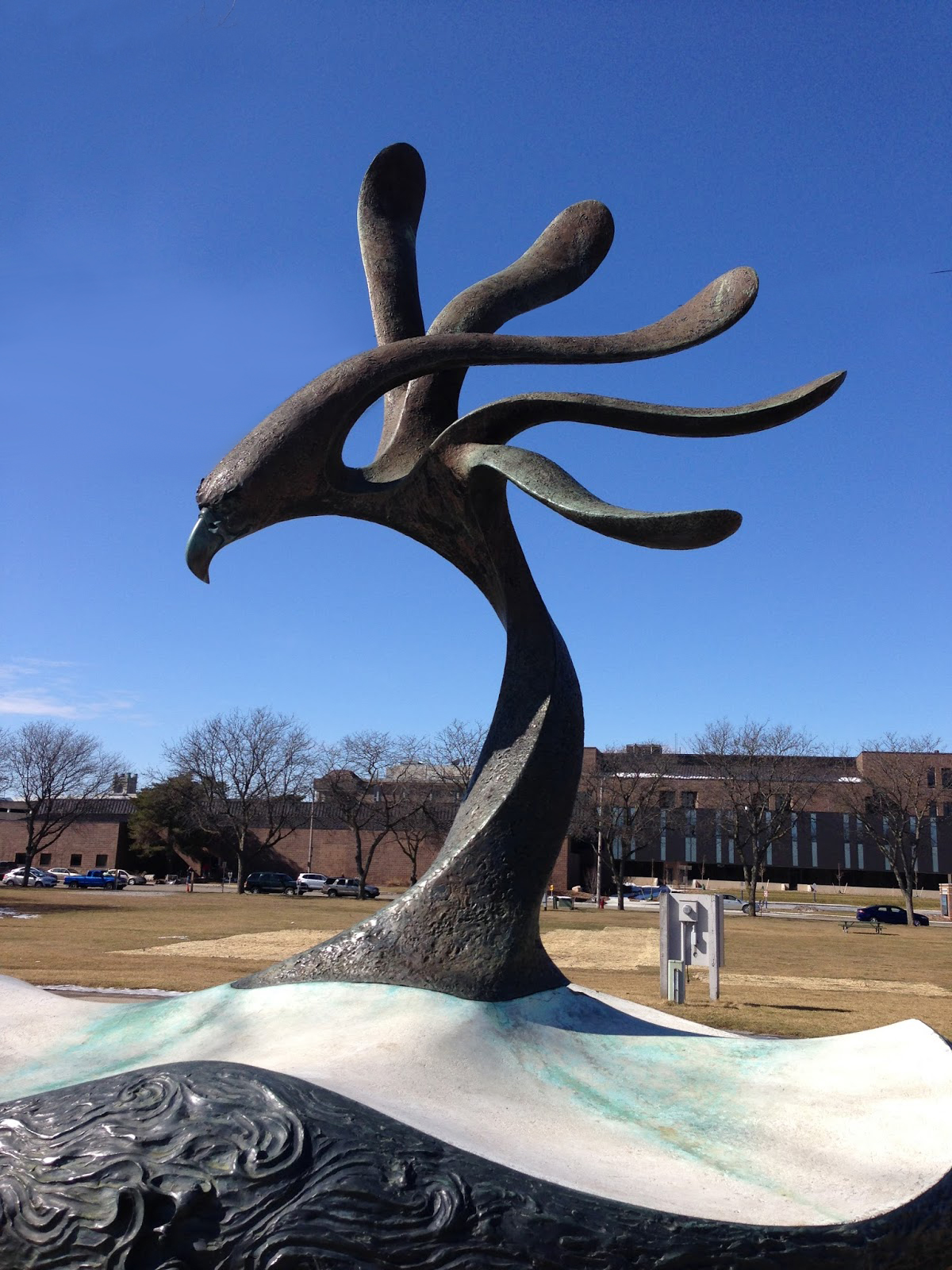 The process from concept to realization for Windlord was a true test of Eichinger’s tenacity, thoroughness and ability to build bridges. The sculpture was conceived to commemorate the U.S. Bicentennial. In 1976, Lansing, Michigan had little public art. Eichinger’s task was to convince the Mayor, Council and community that a large, abstract eagle would be a positive contribution to the city. It was a 3-year journey which included much conversation about the role and process for public art. The sculpture still stands in Riverfront Park as a community
Cast Bronze. Dimensions: 16'h x 12’w x 12’d

Creation of Windlord succeeded at two goals: First, it created a dramatic focal point in one of Lansing's large public parks. Second, it involved the business, government and general public in consideration and conversations about what public art is, how it affects the community, and who decides where the money should go. By making this process a public conversation, it successfully educated everyone and helped pave the way for future public art in the city.

After creating a small bronze model, Eichinger created a full size sculpture from steel and concrete. Molds were made and the bronze cast from those molds. Multiple cast parts were welded together, finished and a patina added. It was installed and dedicated in the spring of 1979.

The process of creating this public art sculpture also inspired the creation of the Mid-Michigan Association fo Working Artists. It's goal was to transform the area into a more receptive environment for the arts. Through this organization, Eichinger realized how important public art can be in building community.