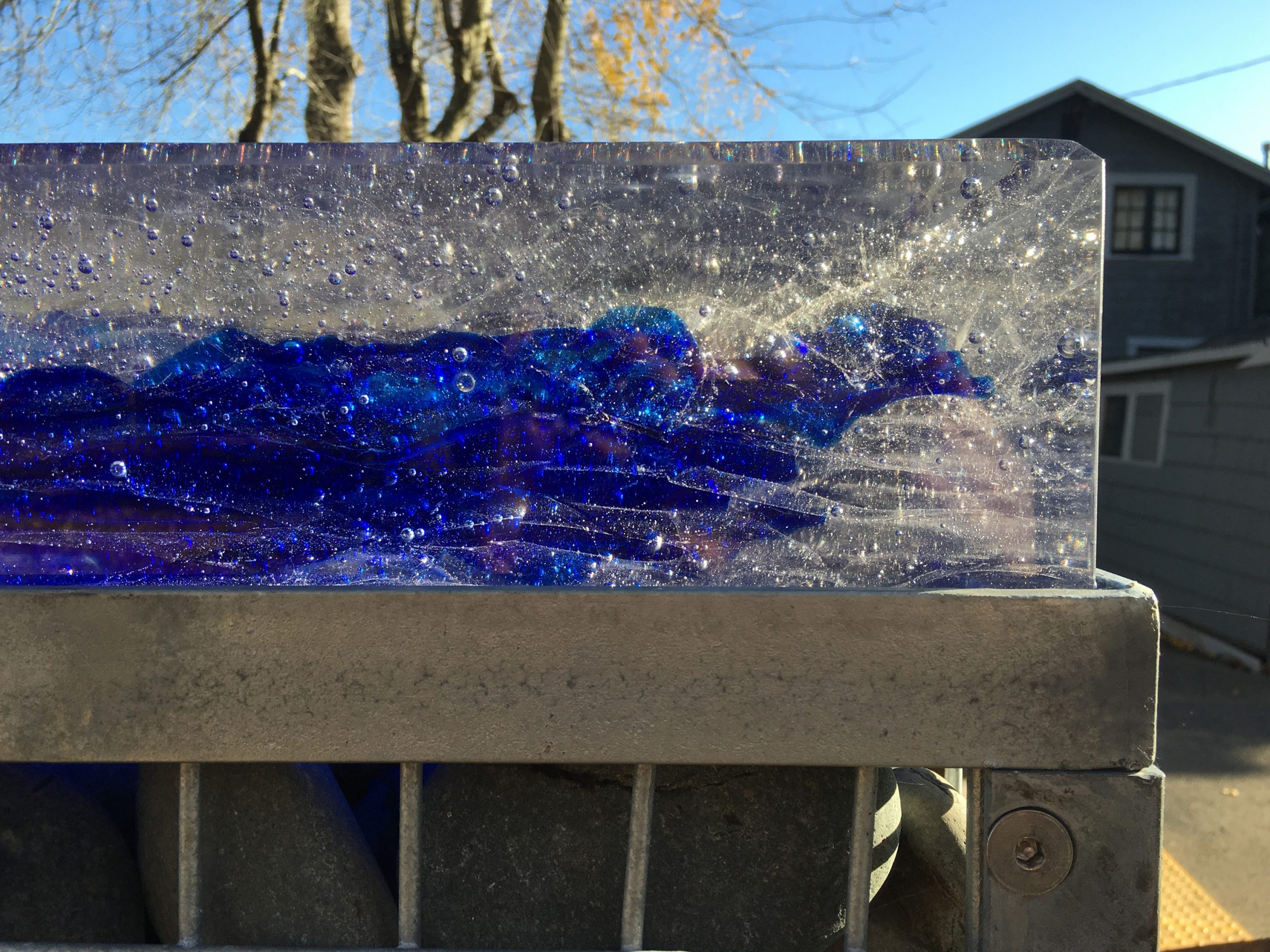 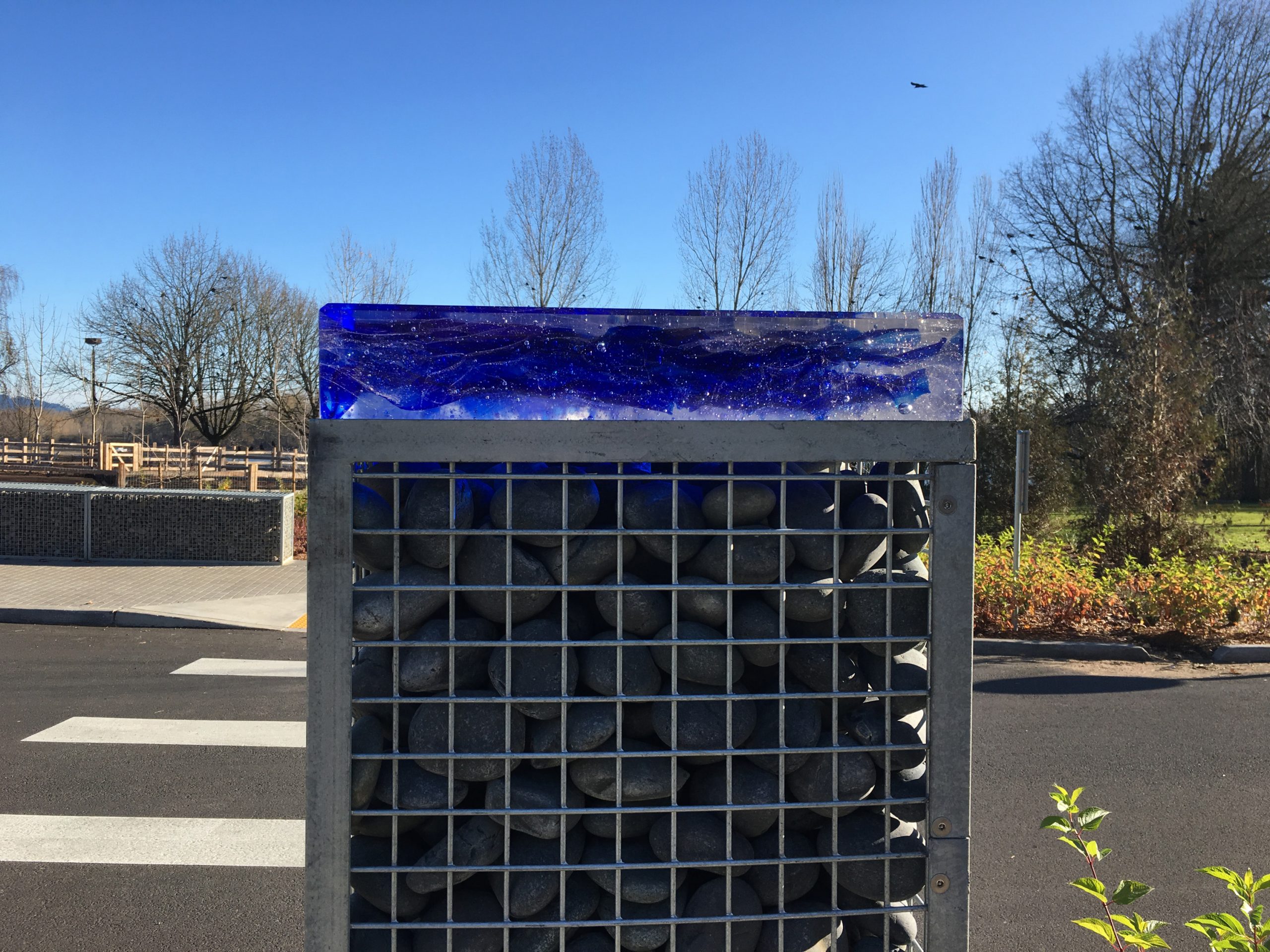 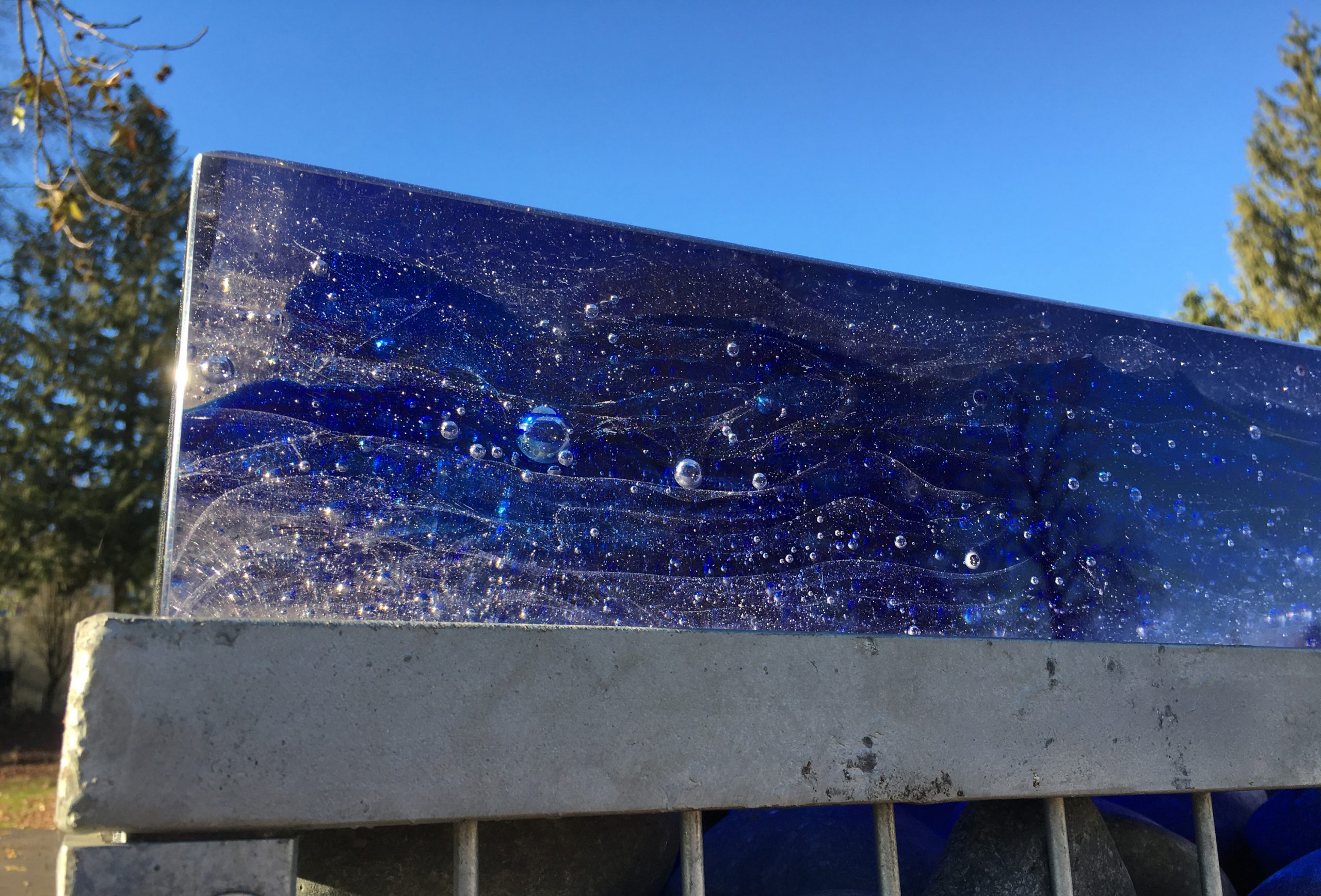 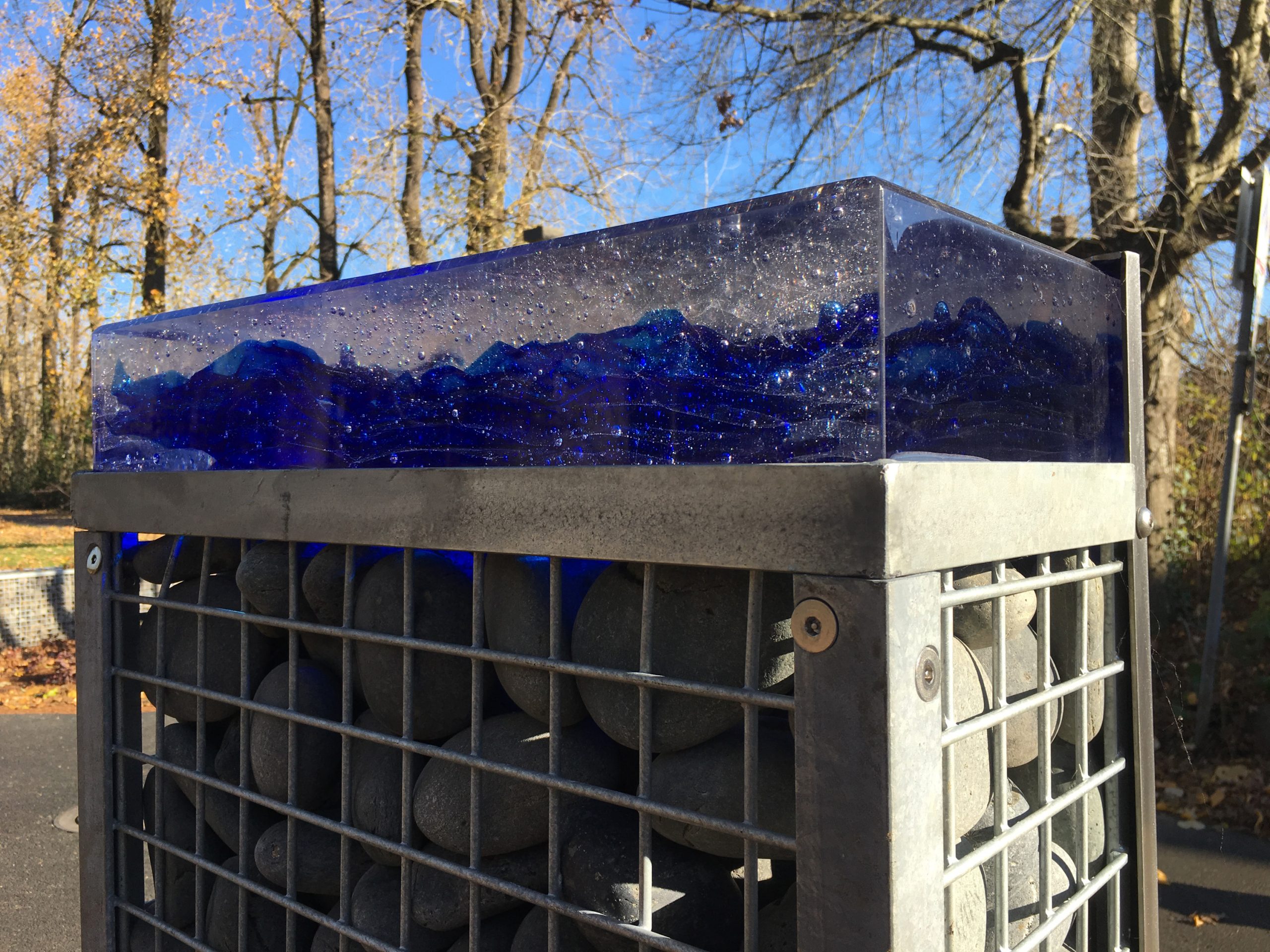 Four kilnformed glass capstones placed on top of 6’ tall gabions used as entrance markers to Willamette Park in Portland, Or. The entry markers were designed by Mayer/Reed.

Each blue and clear glass capstone measures 24” x 24” x 4-9/16”, weighs over 210 pounds, and was placed on top of metal and rock gabions built by Steel & Timber. Glass fabrication by Bullseye Studio.

After the construction company Steel Timber won the bid for building the gabions, Bullseye Studio began fabricating the 210 lb capstones by purposefully choosing the glass form known as cullet in order to create both large, dramatic bubbles and flowing veils of tiny bubbles. Irregularly shaped segments of blue sheet glasses were laid amongst the cullet in such a way as to suggest rushing and flowing waters. The capstones were fused upside down so that large air bubbles would be trapped in between the glasses and then would rise and push up through the blue glasses for a more dynamic effect.