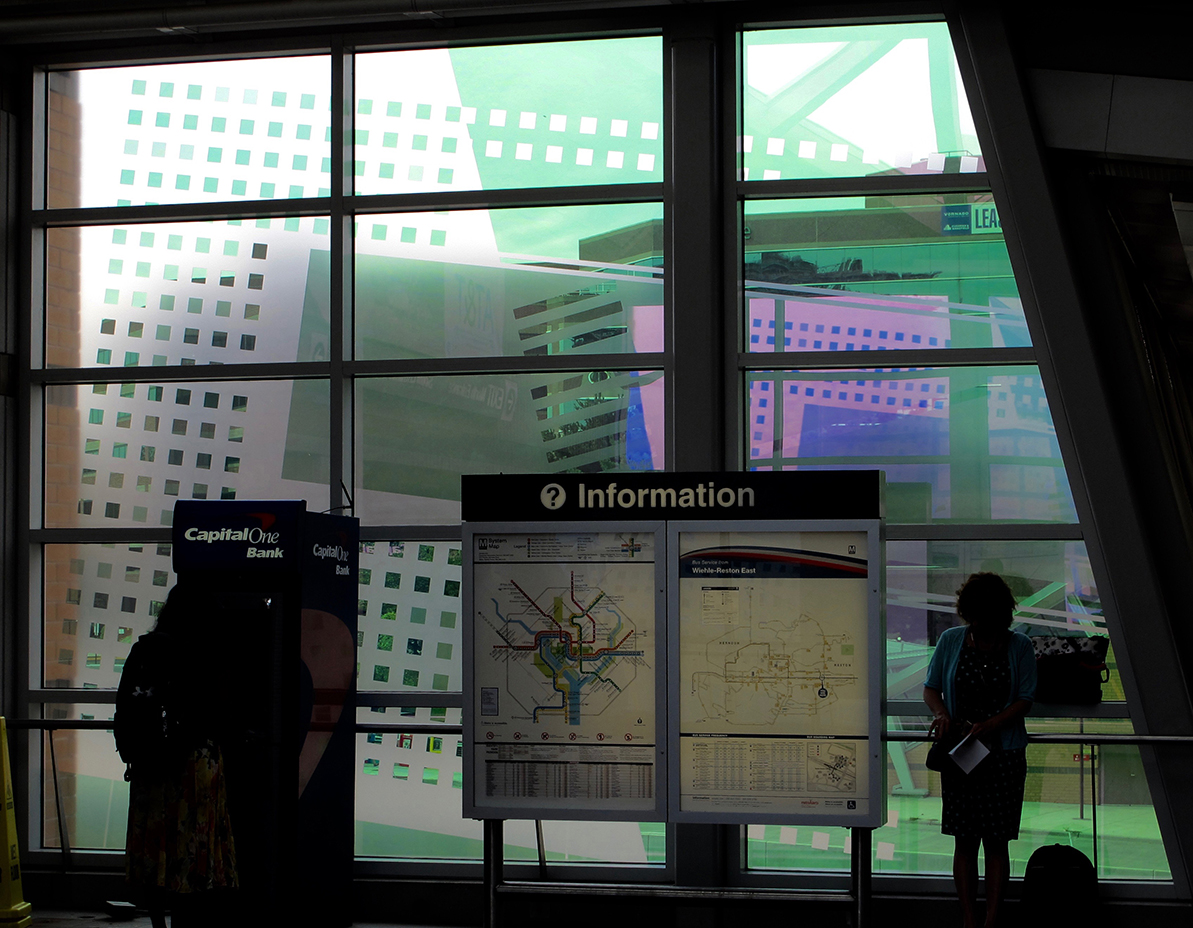 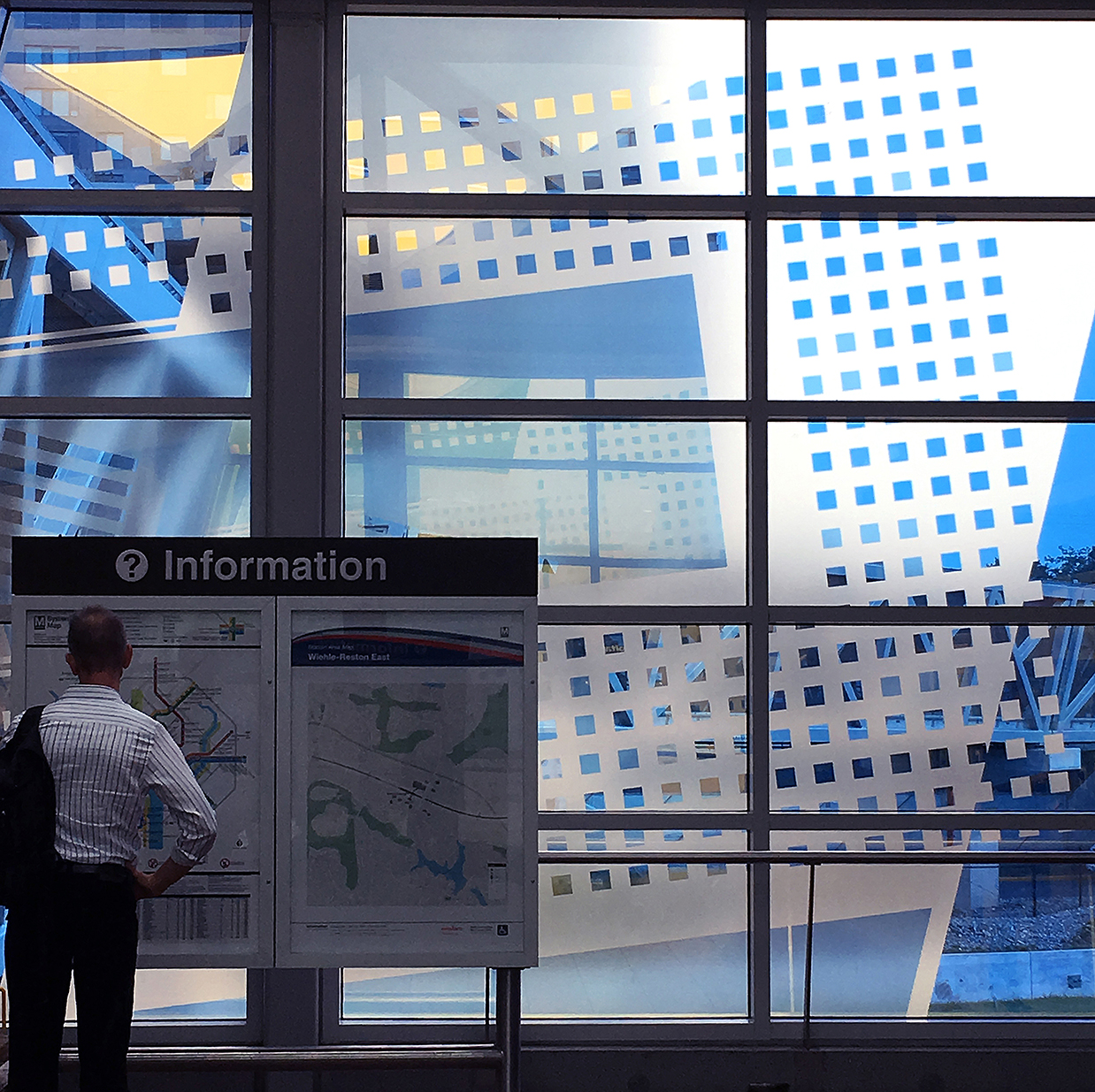 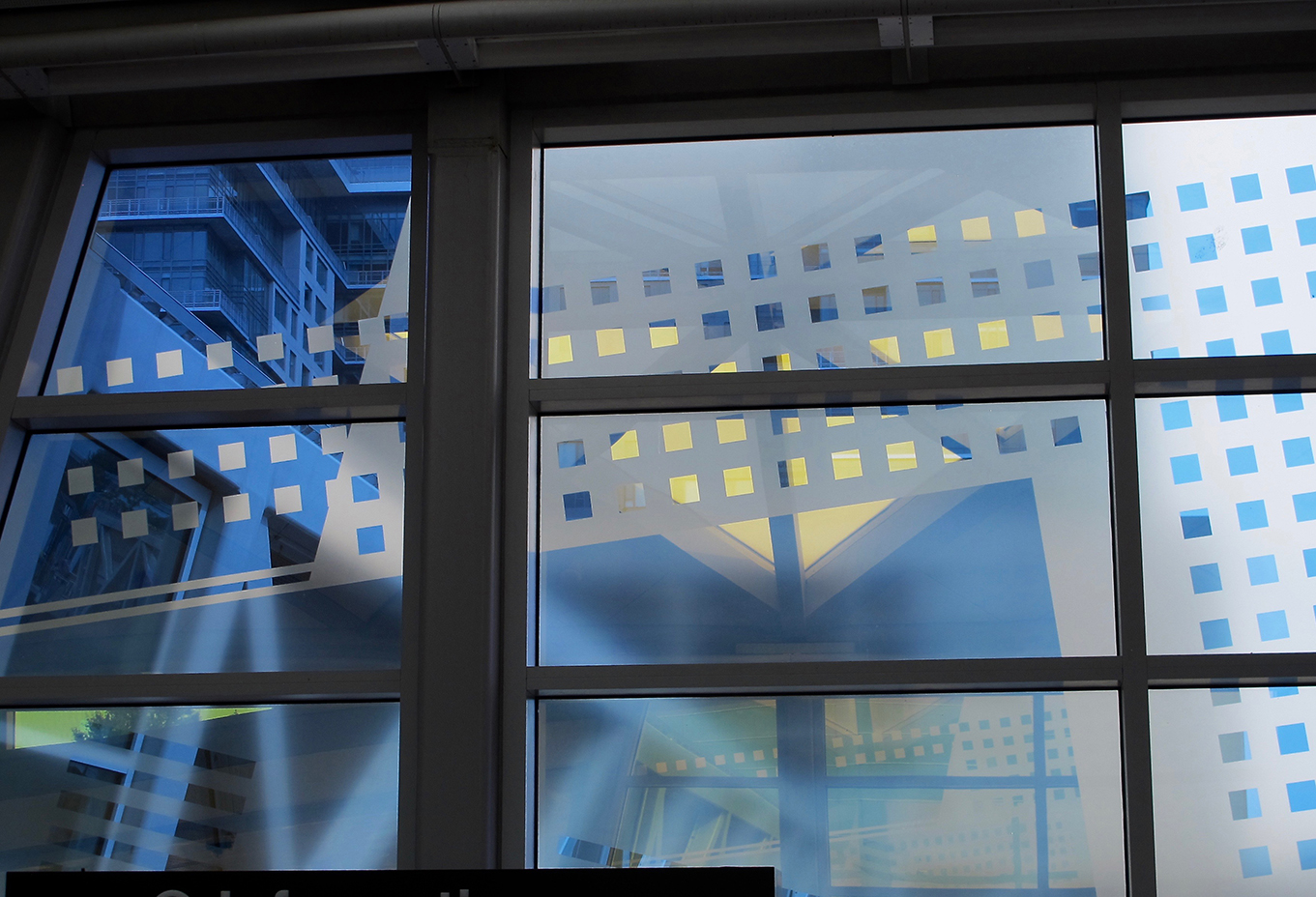 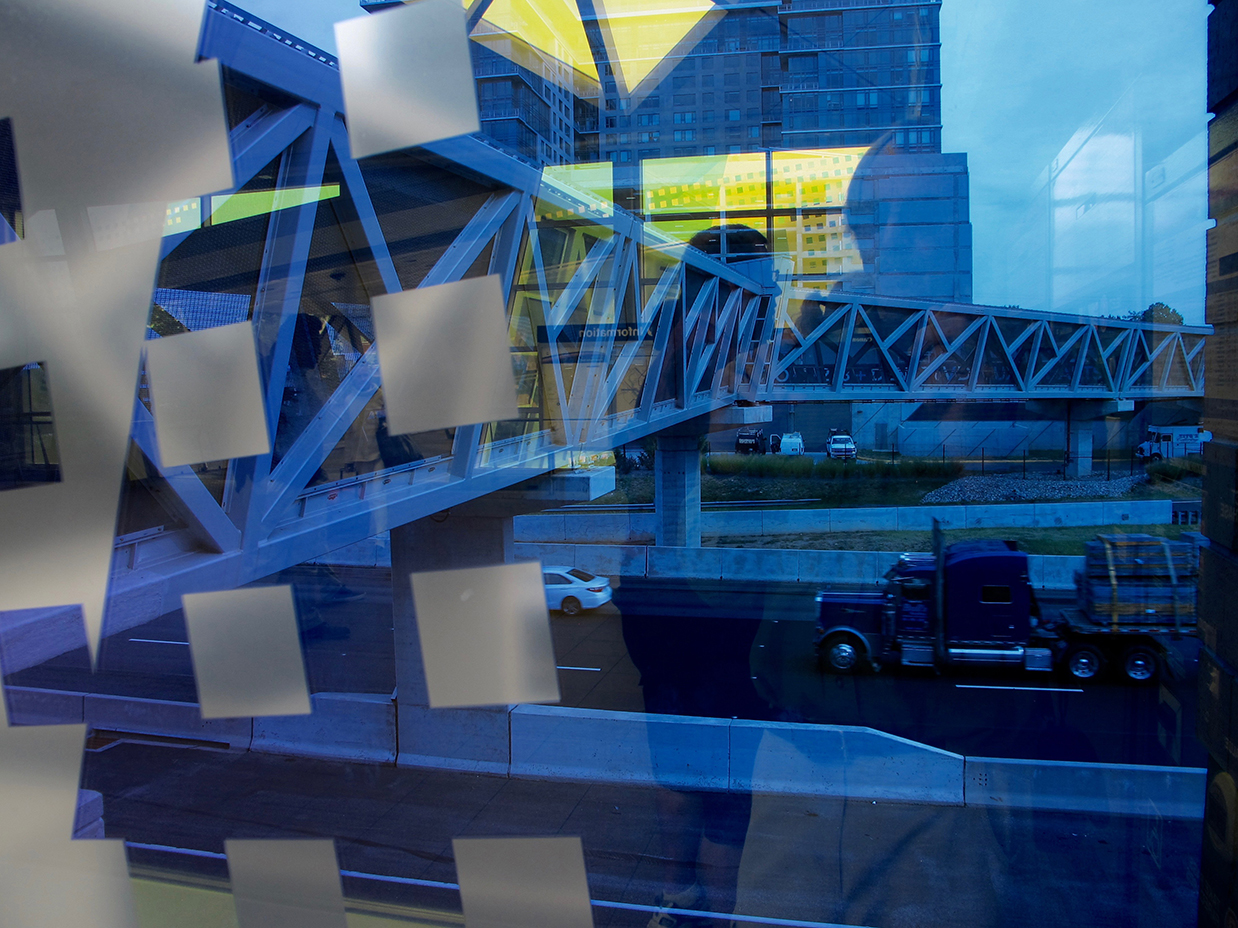 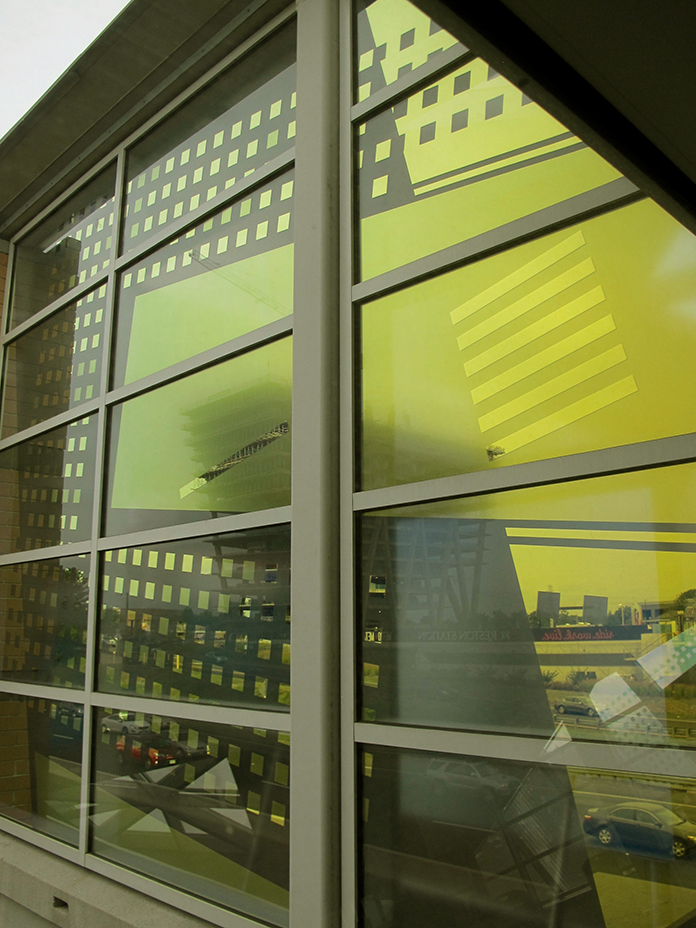 The prime focus was to create visually integrated and dynamic artwork that reflected the sloping roofs and walls of the passenger access bridges on the north and south elevations. Blue dichroic on the east side and blue/green for the west.

This project evolved from the selected RFP in 2008 over an extended period of time for final installation in 2016. Communication and collaboration with the WMATA Art Program coordinator and Peter Kaufmann for Glasmalerei Peters Studios, the fabricators, was essential.