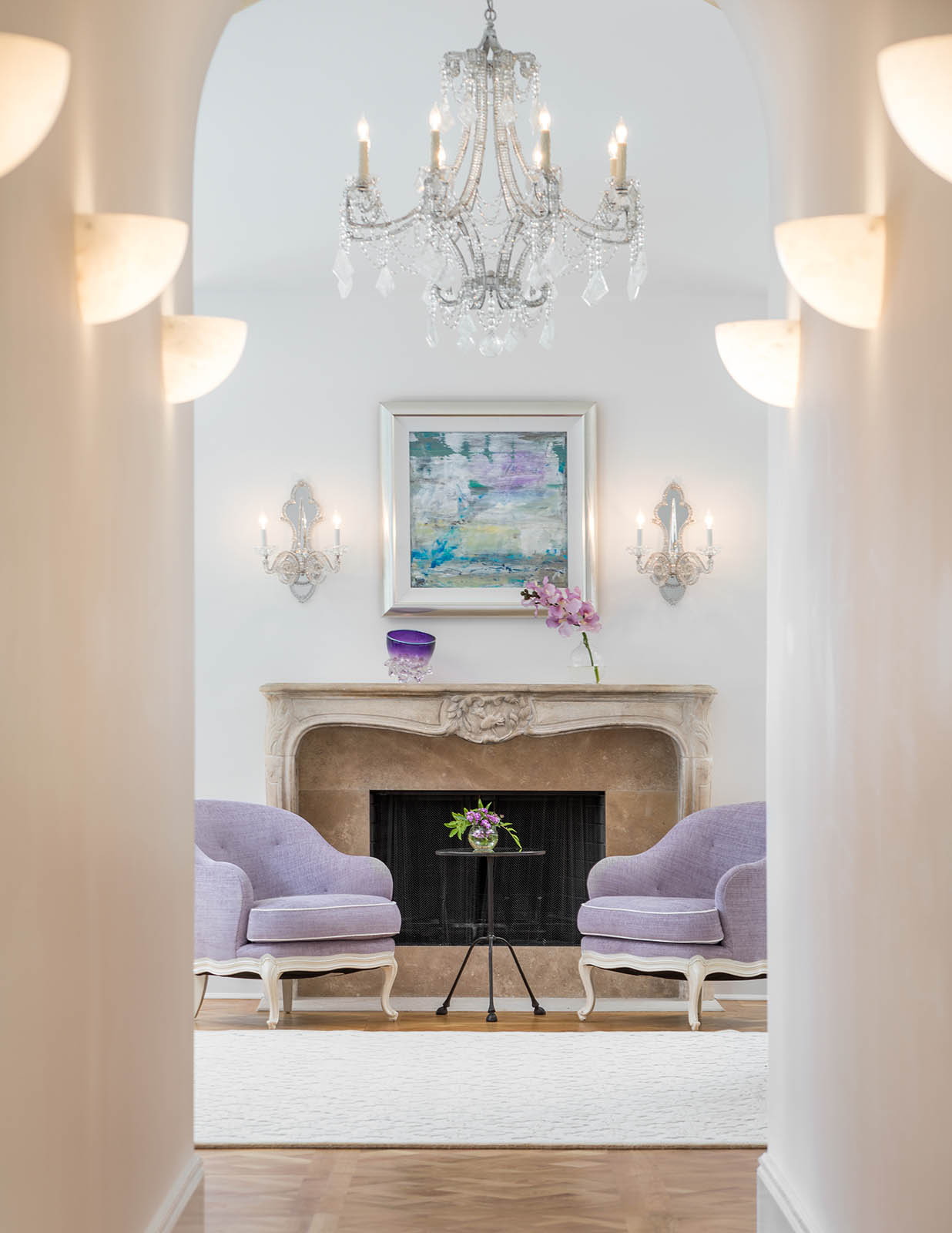 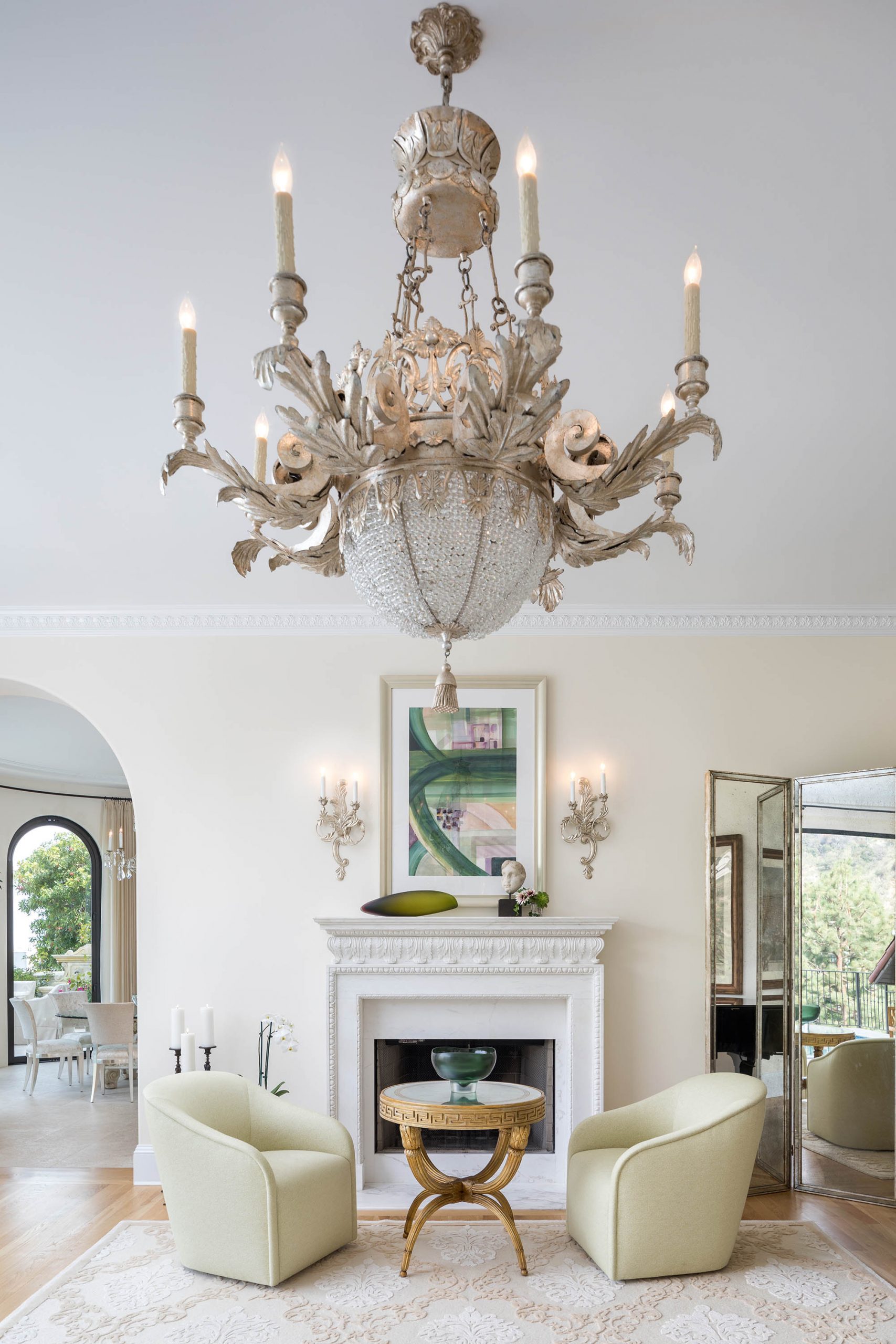 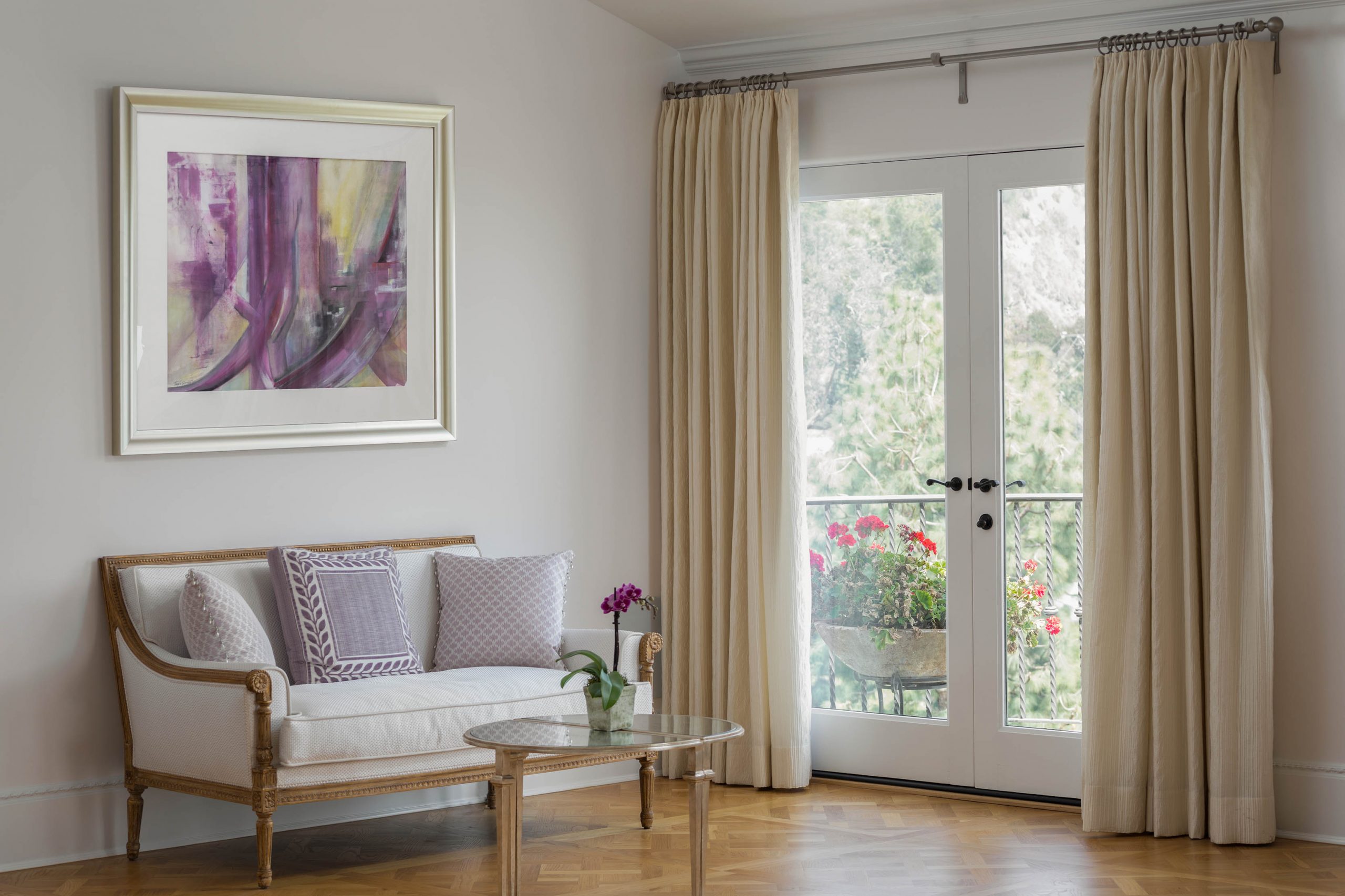 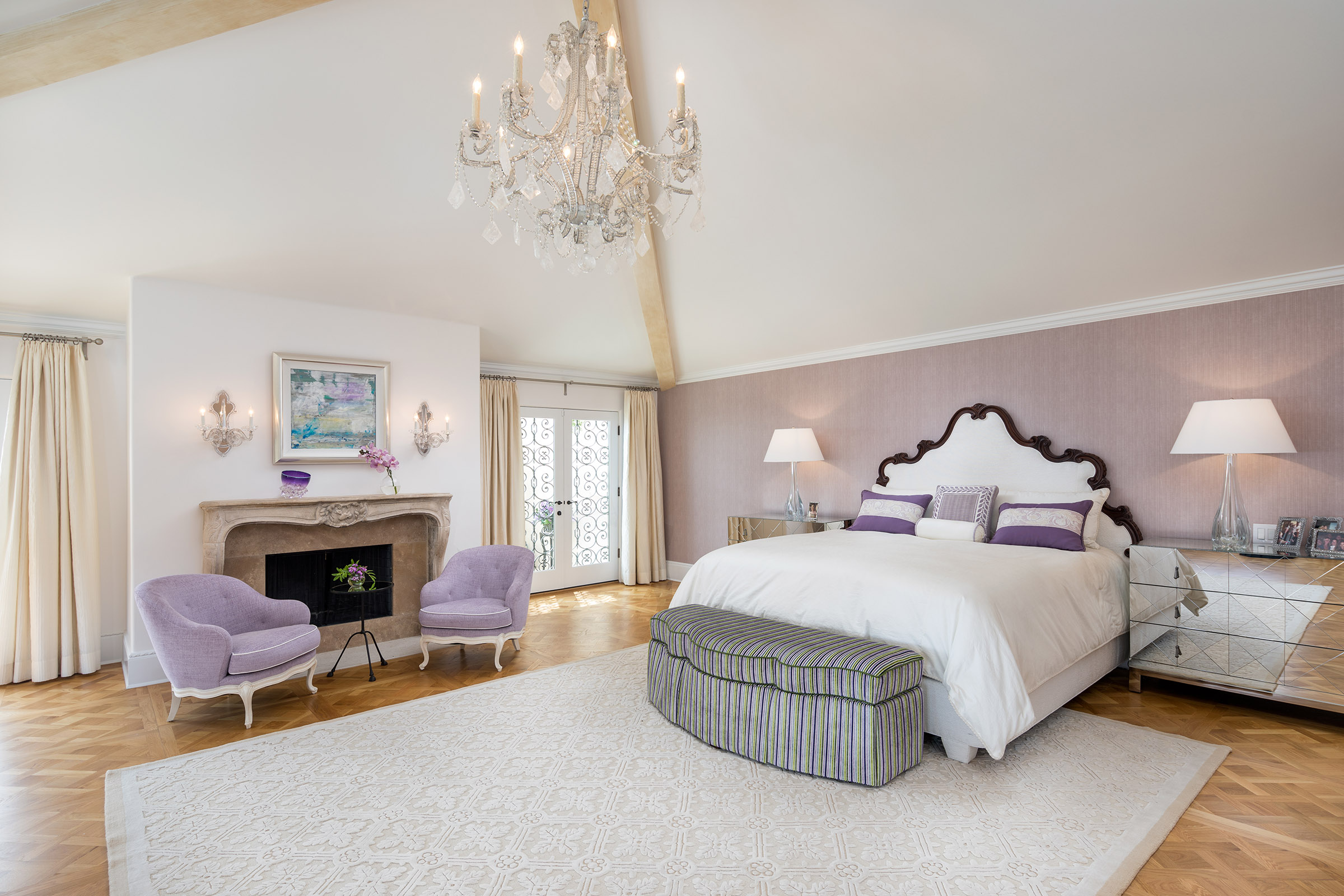 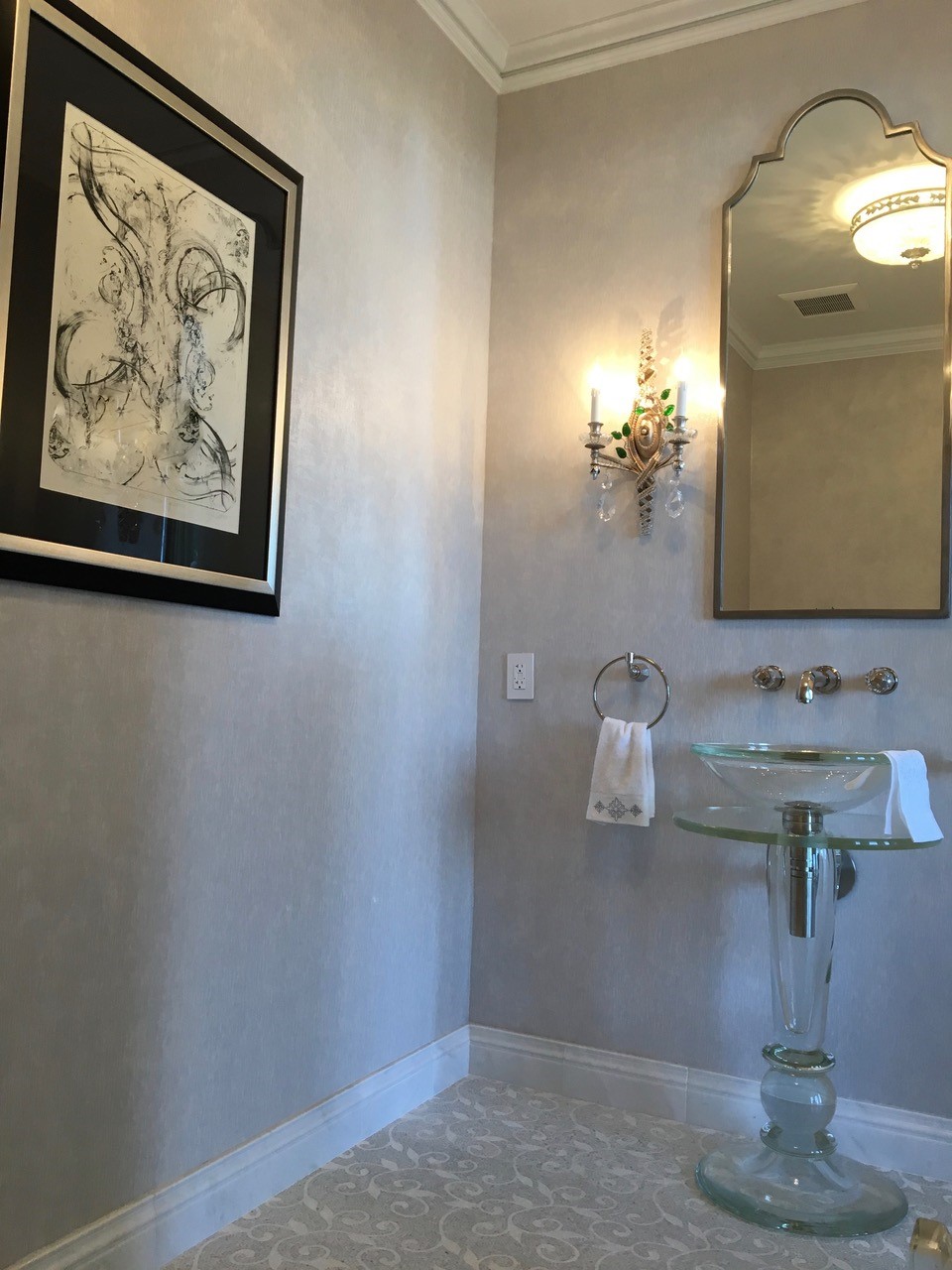 The residential project was a 7500 square foot renovation on Woods Drive in the West Hollywood Hills of Los Angeles. Lavin Design Group, of Miami Beach, Florida was the design firm involved in the renovation and design of this home. The home was totally remodeled and the majority of the furniture and furnishings were custom made for the home through Lavin Design Group. Frank Lavin chose fabrics to coordinate with artwork and the proposed three commissioned pieces. A total of six pieces by the Florida artist, Twyla Gettert, were placed in the home. The client was a single woman starting her own contemporary art collection, which needed to coexist with her taste in traditionally classical interiors. Through careful selection and meetings with the client and design firm, three pieces of art were commissioned for key areas in the home. Original artworks in various media – Painting/canvas, Paintings/paper, and three Monotypes were placed in this beautiful residence in the West Hollywood Hills overlooking the expansive landscape of Los Angeles.

The goal was to integrate contemporary art with antique and traditional furniture. The client asked for a home filled with art and colors which invoked her style, and represent a ‘Flair of LA Today’.
The artwork was a key element in this project, and several antique and Classical Roman etchings owned by the client were also included. The fabrics and design were based around the proposed commissioned artwork.

The first step was to present to the designer a full art portfolio presentation in Twyla Gettert's Fort Lauderdale, FL art studio. Through discussions of the art and the artist’s inspiration with the designer and client, the client selected the mediums and style of the art that she felt inspired by. These were based on artist’s existing artwork styles and mediums from her art portfolio. The designer based the fabrics and some design elements to flow with and around the artwork and art was commissioned by size and style. Client commissioned artworks for over the Living Room fireplace, Master Bedroom fireplace, and above bedroom settee. A black and white Monotype was selected for the Powder Room and two Monotypes were placed in the Office. Through collaboration of the designer and artist -framing was also a key element. The artist presented suggested frame options and decisions were based on feedback from client and designer. The artwork was a key element in this project and several antique pieces owned by the client were also integrated. The artist visited the home to speak with client and view locations to suggest different sizes and styles for those locations.