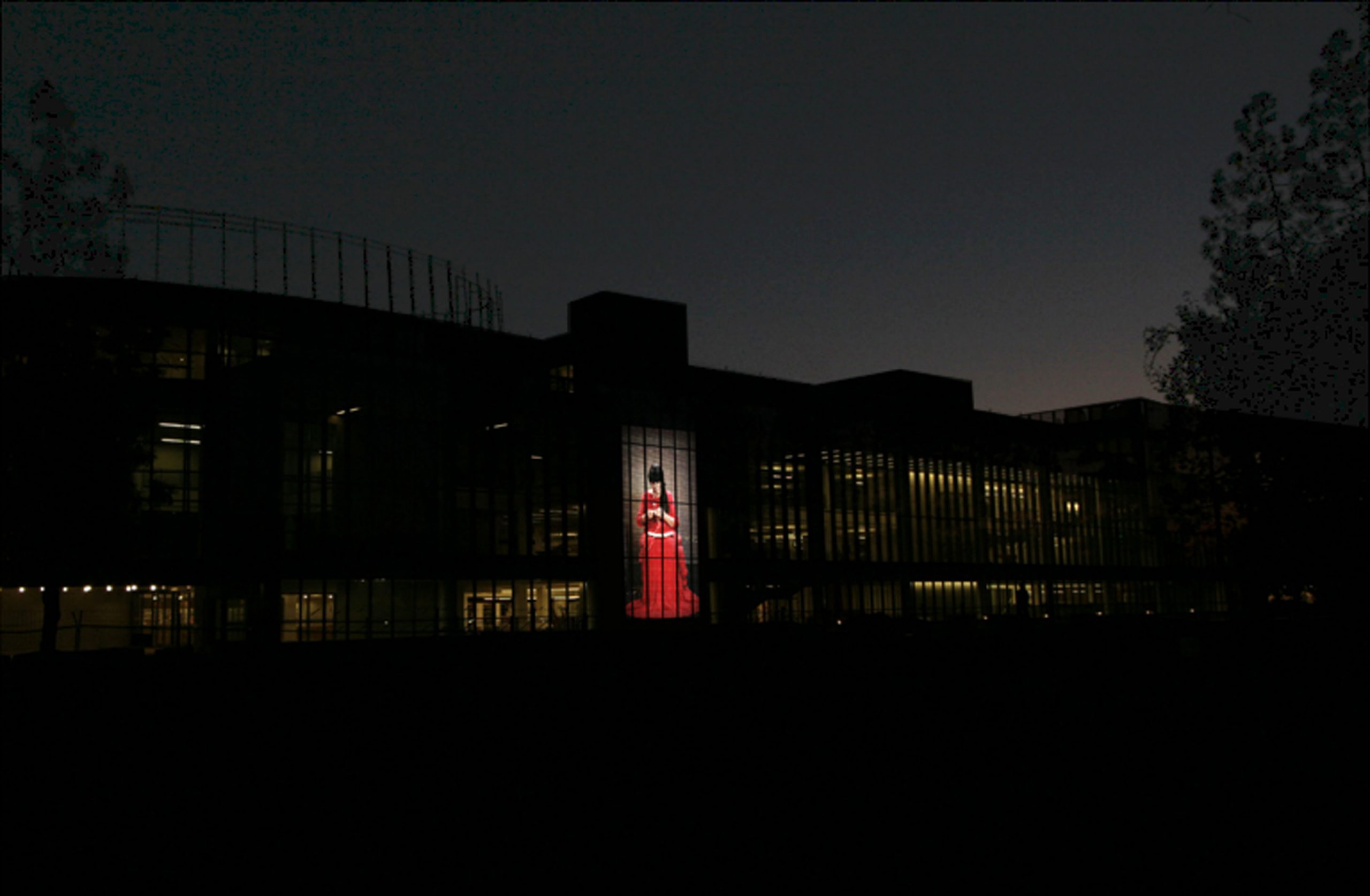 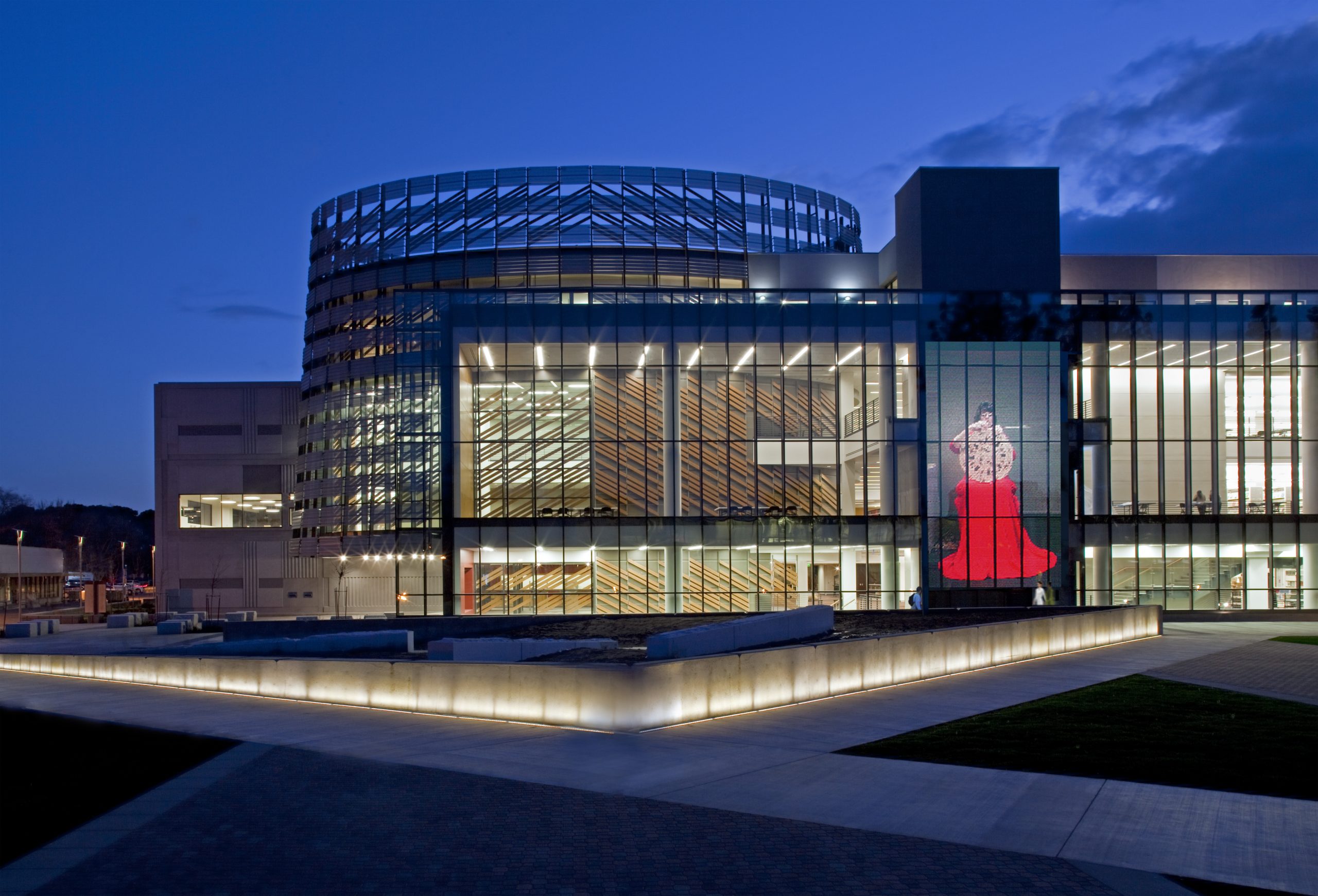 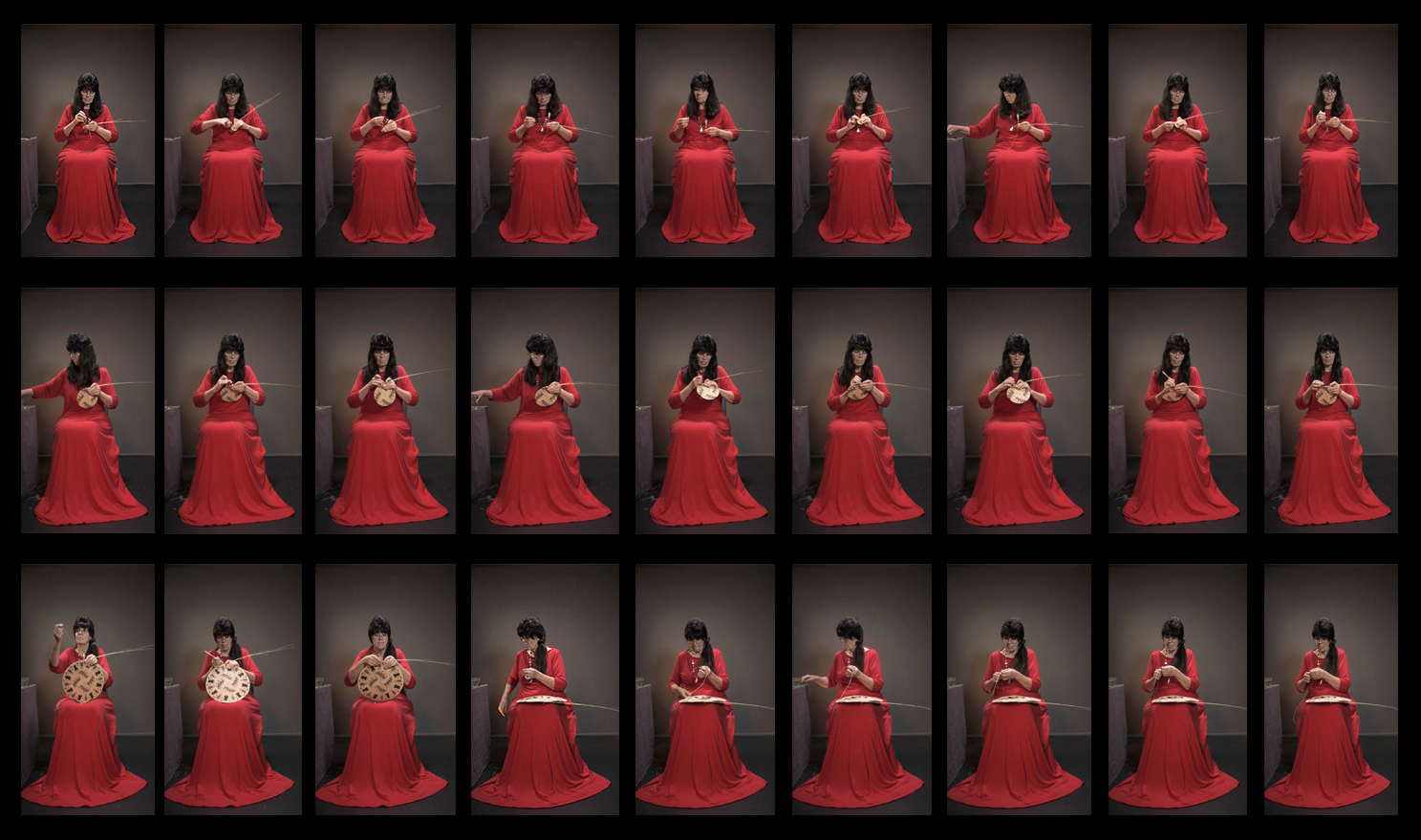 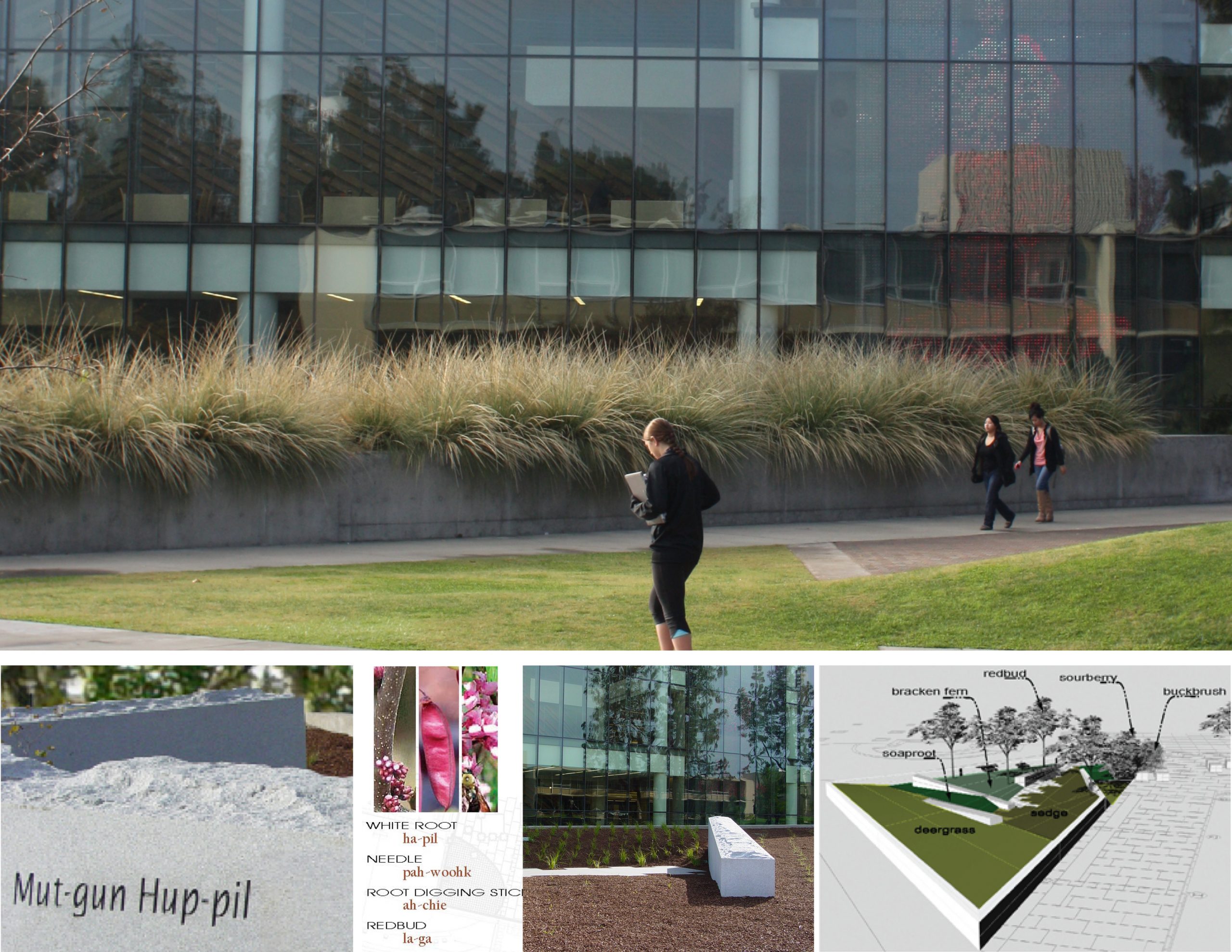 This 3-story video triptych juxtaposes the memory of the region’s traditional basketry with the site’s current use as a university. It wraps the library’s elevator core, running night and day, from the start of fall term through graduation. The weaver’s movements are intentionally slowed, at times barely noticeable. The steady workings of the hands become a constant within the building, like breathing. Weaving is to be understood over time. The casual passerby may see only the monumental image. But for those using the library every day, it becomes a timekeeper, as the basket progresses from one day to the next.

I'd been asked to create an artwork that would celebrate the tradition of basket weaving among the native peoples that once inhabited dominated populated California's Central Valley. These baskets hold the living memory of a culture, a silent language passed from generation to generation. My task was to present that memory on the site of another repository of shared understanding – a library.

The project begins in a Teaching Garden, in the area adjacent to the library entrance. Here we planted trees and grasses used in the traditional basket making of the native peoples of California’s Central Valley. The garden is slightly elevated from the campus. Local granite walls are inscribed with the plant names written in the native languages.

The heart of this project and the link between the garden and the stair is the digital video triptych that wraps the elevator tower and is visible both from the garden and within the library.
What binds a culture can be complex, and here a new culture exists in parallel to one that preceded it. In this project, the basket becomes a metaphor and a means to contemplate that juxtaposition within the context of time and memory.

We began documenting the weaving of the basket in 2007, capturing 20 months of slow labor by a master weaver, almost 1000 hours, or more than 10 terrabytes of data. This commission was, at its core, a collaboration with the weaver, Lois Connor. Table Mountain Rancheria supported our efforts and provided the cultural and historical background. The technical aspects of the project were conceived with a team of Hollywood production crew.